Newcomer Rika Kihira of Japan stormed to the gold medal in the Ladies event at the ISU Grand Prix of Figure Skating Final in Vancouver (CAN) on Saturday. Olympic Champion Alina Zagitova of Russia settled for second place this time and Russia’s Elizaveta Tuktamysheva continued her successful comeback this season by taking the bronze medal. 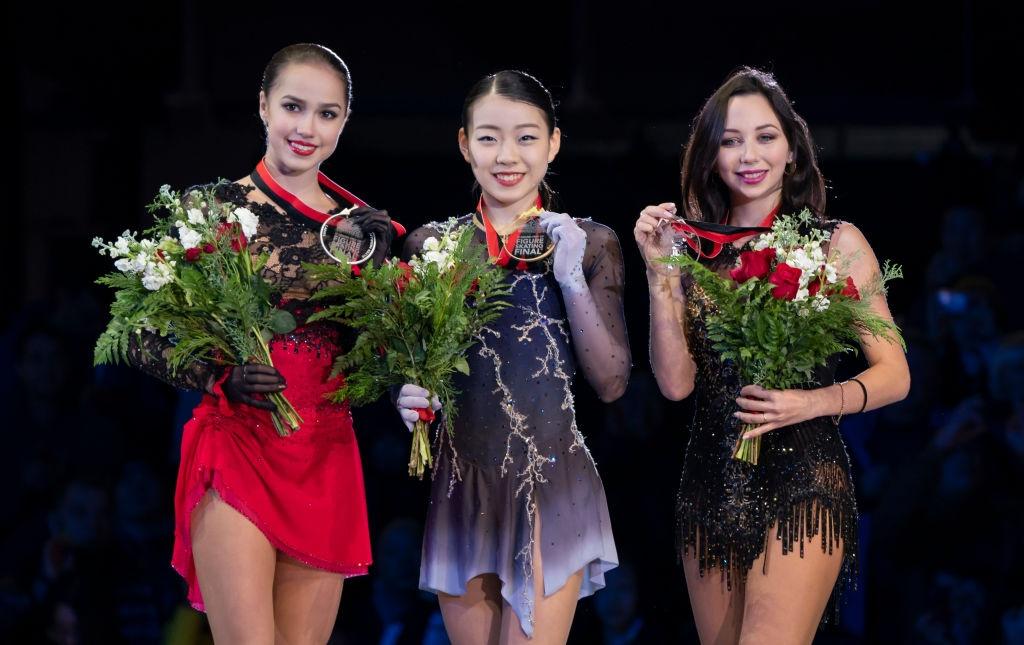 Kihiria crashed on her opening triple Axel attempt, but recovered instantly to nail a triple Axel-double toe, triple Lutz-triple toe as well as four more triple jumps and two level-four spins. The 16-year-old achieved a new season’s best with 150.61 points and racked up 233.12 points overall to take the Grand Prix Final crown in her debut at the senior level-event. “Right after I made a mistake on my first triple Axel, I knew I had to jump all the other ones after properly as this is the Grand Prix Final and I have no other choice but to land successfully. I told myself after the mistake that this is a challenge I need to overcome,” Kihira noted. “Looking back on this season, I was able to get a great result at NHK. I realized that if I were to do two clean programs with no mistakes (here), the podium would be available for me. I’m really satisfied, and the key to good results is having consistent performances,” she continued.

Performing to “Carmen”, Zagitova hit a triple Lutz-triple loop combination as well as six more triples, but reduced her triple Lutz-triple toe to a triple-single. The Olympic Champion collected a level four for her spins and footwork to score 148.60 points. She remained in second place on 226.53 points overall. “Obviously, you always want to be first, but this is not going to happen every time,” the European Champion pointed out. “I am not too happy about my performance, because my goal is to skate clean. I also felt that I was tense. But I am glad that I was able to skate the rest of the program clean (after the mistake on the Lutz-toe combination),” she added.

Tuktamysheva had a wobbly landing on her opening triple Axel in her routine to “You Don’t Love Me” and “Petite Fleur”. Unfazed, the 2015 World Champion went on to reel off seven triples and difficult spins. She set a new season’s best for herself with 144.67 points and accumulated 215.32 points overall. “Today’s skate was much better than the short program. I am happy that we increased the program’s difficulty level and that I was able to keep up with those changes and skate it at a good level right away,” the 2015 European Champion told the press. “My Axel showed me that I am in good form because it turned out to be very strong and high but because of that it was a bit harder coming out of it. The rest of the program, however, went very smoothly and I was able to implement the changes in the program. I will now be more confident at the Russian Nationals.”