Records are no boundaries for history-maker Wu

Another week, another blistering 500m from Wu Dajing (CHN) who grabbed the headlines by smashing his own world record to claim gold on the final day of action at the ISU World Cup Short Track in Salt Lake City.

Wu was once again in a league of his own, setting a new record of 39.505s in a sensational race where three men went below the 40-second barrier. In a league of his own: Wu Dajing, of China, in Salt Lake City, 2018 © International Skating Union (ISU)

Lim Hyo Jun (KOR) and Shaoang Liu (HUN) were among the skaters left chasing Wu’s shadow. They clocked 39.670s and 39.699s respectively to claim silver and bronze, times which themselves would have been fast enough to win any of last season’s 500m World Cup races.

Liu was left shaking his head in disbelief at Wu’s speed. “It’s pretty great to have been in a world record race,” he said. “The rest of us are all on a certain level but Wu Dajing is just, like, ‘up here’. Of course, it’s always a goal to try and pass him, and it’ll continue to be our goal for the next year, but he was too fast for me today.”

Wu’s performance means he becomes the first skater – across all Men’s and Ladies’ categories – to reach 30,000 points in the World Cup standings. He leads the 500m rankings, more than 15,000 points ahead of Liu in second place.

“The classifications are important but the most important thing for my brother and me is to get medals at all of the World Cup events, and try to be there in all of the finals if possible,” Liu said.

He and his brother, Shaolin Sandor Liu, had more silverware to smile about later in the day as Hungary claimed gold in both the 2000m Mixed Relay and the Men’s 5000m Relay. 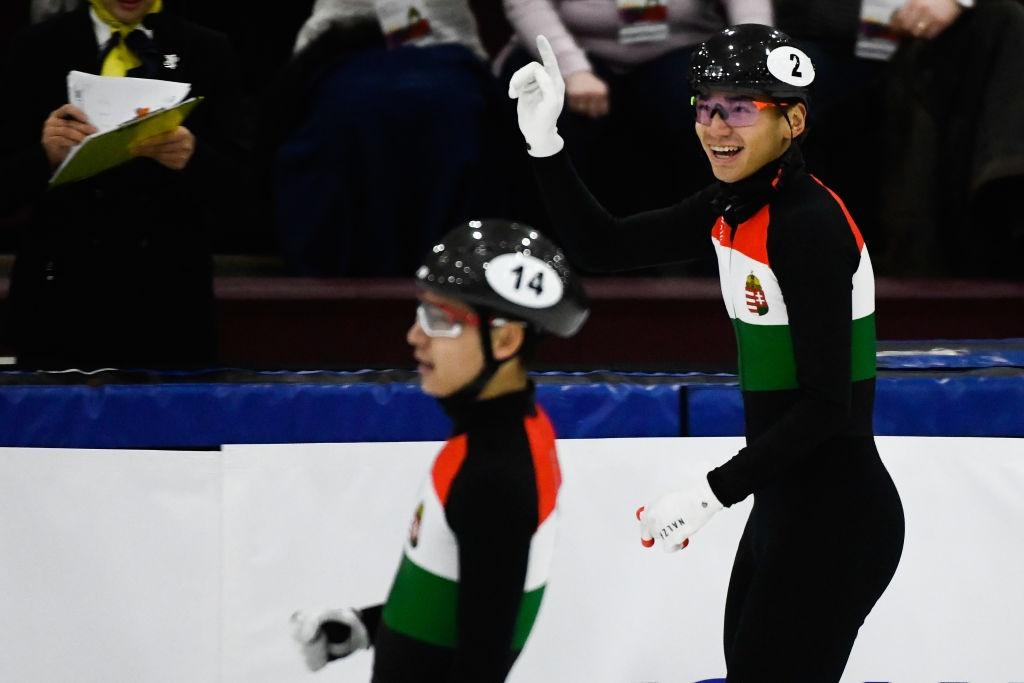 “I hope we get the title of ‘Kings of the Relay’ now,” Shaolin joked afterwards.

But for the majority of the Mixed Relay, the gold medals looked to be going to the Netherlands team who controlled proceedings until Shaolin unleashed a burst of speed in the final two laps, eventually overhauling Sjinkie Knegt (NED) with virtually the last stride.

“It was a little bit tight in the end,” he laughed. “I just managed to pass Sjinkie. If you saw my face in those final two laps, you could see how motivated I was to try and catch him.”

It was the first time that the Liu brothers have competed together in the Mixed Relay, but Shaolin said that he’s become an instant fan. “It was so much fun to be racing with the girls,” he said. “I think the Mixed Relay is pretty good because it’s less laps so you can use your full power from the beginning which makes for a really exciting and fast race.”

It was a different story in the Men’s 5000m Relay, which world record holders Hungary led from start to finish, ahead of China and Russia, to win the event for the second successive week . “It was so much fun, leading for the whole 45 laps,” Shaolin said.

The happiest man on the Hungarian team was Csaba Burjan (HUN) who completed the race standing on his feet, having endured a week of teasing from his team-mates after falling during the 5000m Relay final in Calgary. 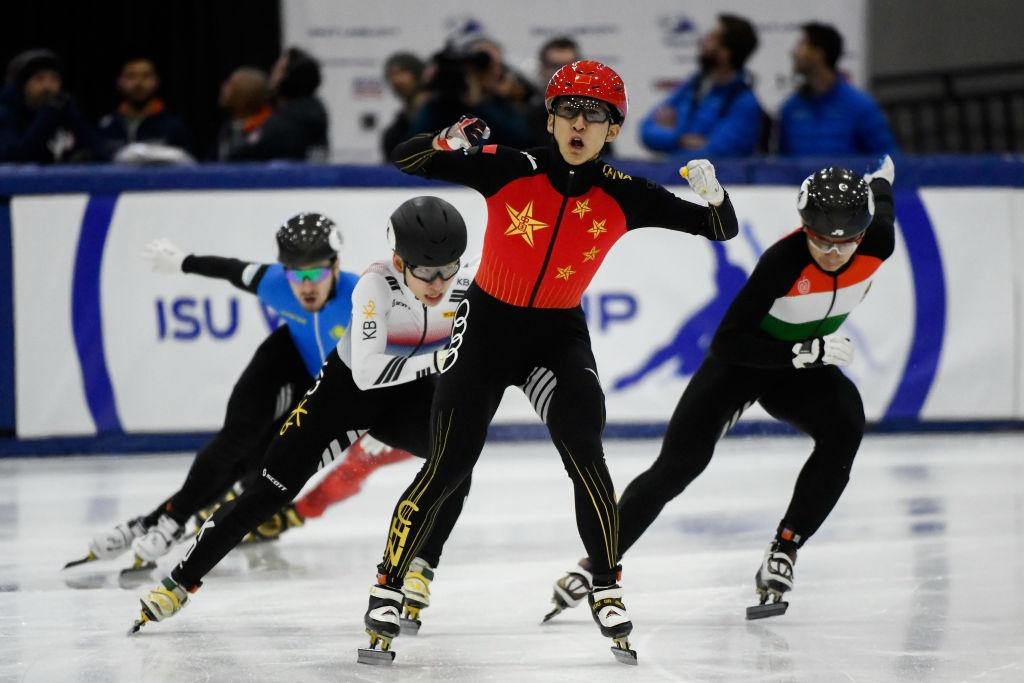 Wu Dajing leaves his rivals in his wake as he wins the Men's 500m in Salt Lake City, 2018 © International Skating Union (ISU)

In Sunday’s Men’s 1000m (2), Hong Kyung Hwan (KOR) took gold but one of the most heart-warming stories of the day featured 33-year-old Thibaut Fauconnet (FRA) who claimed silver. It was a remarkable performance considering Fauconnet won his first World Cup medal during the 2006/2007 season, when Hong was just eight years old.

“I like to race against these kids,” Fauconnet said. “I try my best and it keeps me feeling young. Not everything was perfect today but over my career I’ve learned that every medal is special because each time is different. In Short Track, we can race every final four times and every time you will get a different result.”

Fauconnet already has his retirement plans laid out, and one day soon he will begin his new life as a sports teacher, but he insisted that he’s not ready to hang up his skates quite yet.

“My doctor says that I’m a lactic junkie, because I love the pain so much – the feeling of lactic in my muscles,” he said. “Training each day and experiencing that is the way I live.”

Hong’s triumph moves him up to fourth place in the overall World Cup 1000m standings, with 12,621 points, with Fauconnet now into sixth place. With just a few hundred points separating joint-leaders Ren Ziwei (CHN) and Park Ji Won (KOR) from the rest of the top five, there’s plenty to race for as the World Cup series moves on to Almaty, Kazakhstan, in December.

Highlights of thrills and spills at the Calgary Olympic Oval