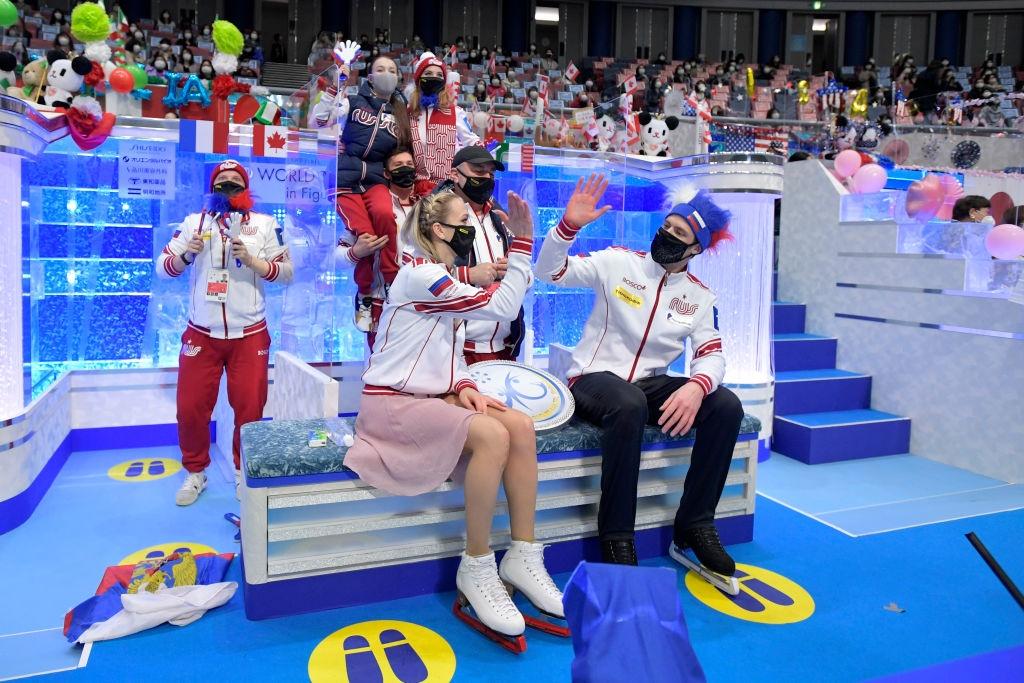 Team Russia built on their lead as the ISU World Team Trophy in Figure Skating continued on Friday in Osaka with the Pairs Short Program, Free Dance and Men’s Free Skating.

The Russians now have 91 points and are closing in on their first World Team Trophy win. Team USA follows in second place with 83 points, while Team Japan is third on 78 points. 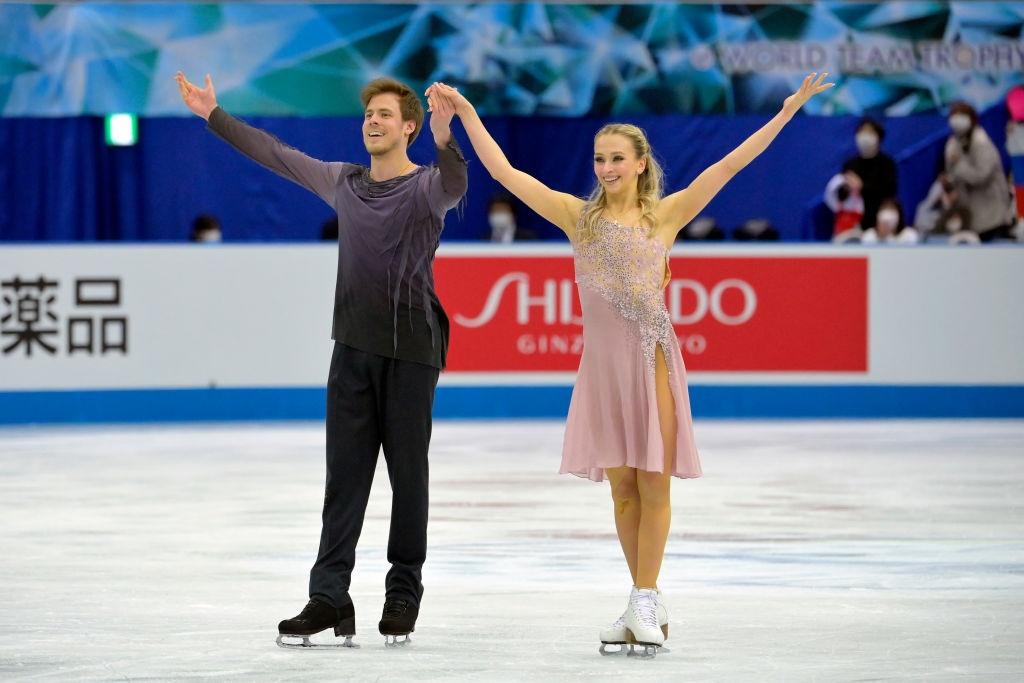 The highlight of Russia’s dominant day two came with reigning ISU Ice Dance World Champions Victoria Sinitsina/Nikita Katsalapov, who won the Free Dance with a beautiful dance to “Songs My Mother Taught Me”. The 2020 European Champions collected a level four for five elements to score 130.15 points and 12 team points.

New ISU World Champions Anastasia Mishina/Aleksandr Galliamov also contributed 12 team points with their victory in the Pairs Short Program. Their triple twist and throw triple Lutz were excellent, however Galliamov doubled the side by side Salchow (73.77 points). 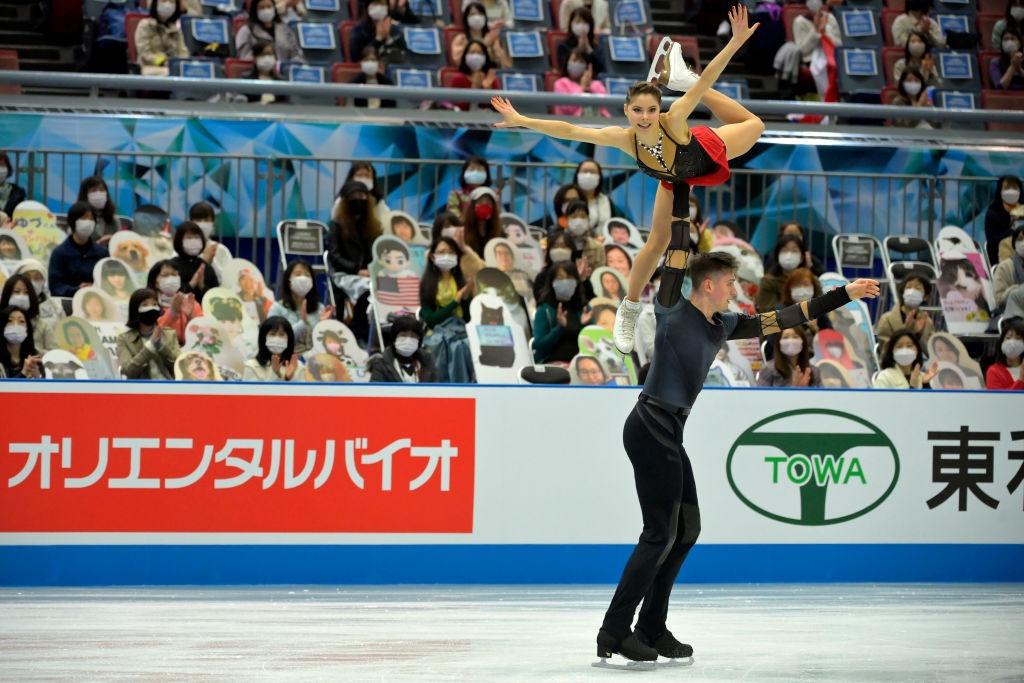 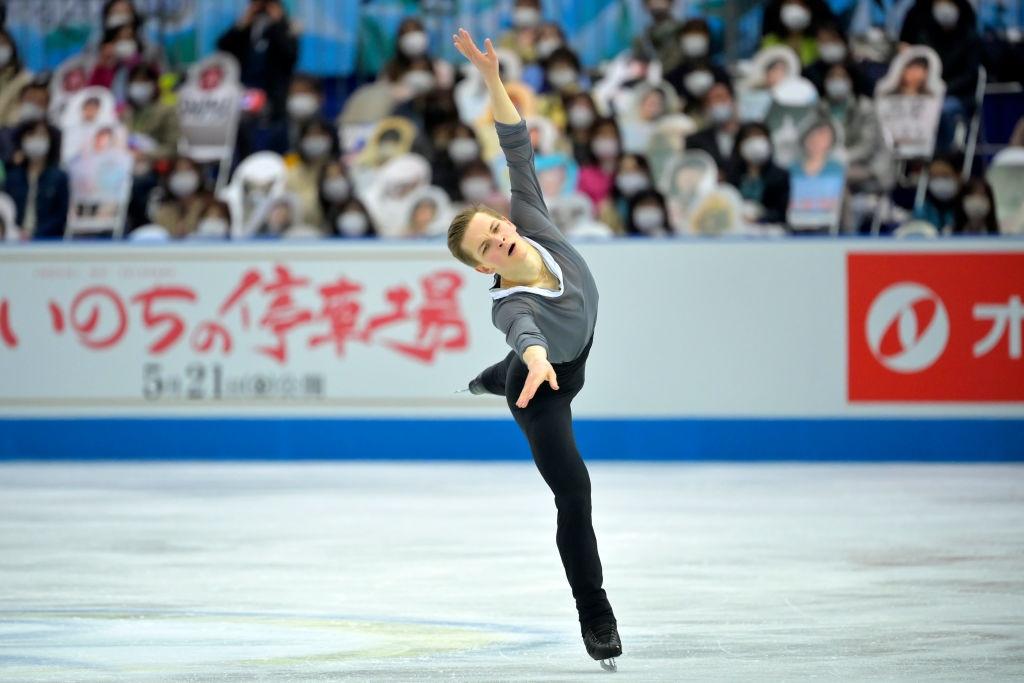 “All of our team members, the dancers, the pair, the boys, skated great and achieved the best possible placement for them. Everyone is very strong and confident and I am very pleased with how our day went,” team captain Elizaveta Tuktamysheva commented.

“Today when I looked at the result after the boys, I could not be happier, because I don't think we've seen such a score after the second day in a long time. It would be great for me if Russia wins the Team Trophy for the first time with me as captain. But we need to wait for tomorrow and skate well in the Pairs and Ladies,“ she added.

Team USA remained in second place. Nathan Chen was the top scoring team member with victory in the Men’s Free Skating. Performing to a selection of music by Philipp Glass, the three-time World Champion landed a quad flip, Salchow and toe. Only the second quad toe was slightly under-rotated (203.24 points/12 team points). Jason Brown under-rotated his quad Salchow, popped an Axel and fell on the triple flip to finish in eighth place (5 team points). 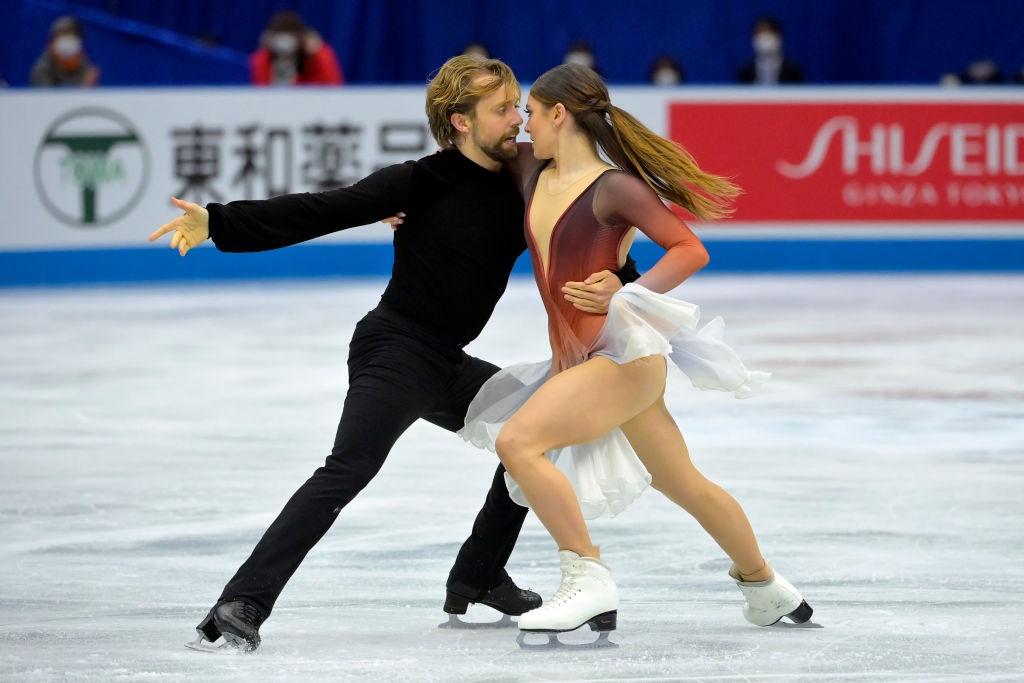 “I’m very proud of my team's fight today. You know, we really fought out there and I’m proud to be up here again with the two other teams,” Brown said.

“I’m just looking forward to just cheering on my team tomorrow, the final day. We are going to be in the team space, cheering loud and proud.” 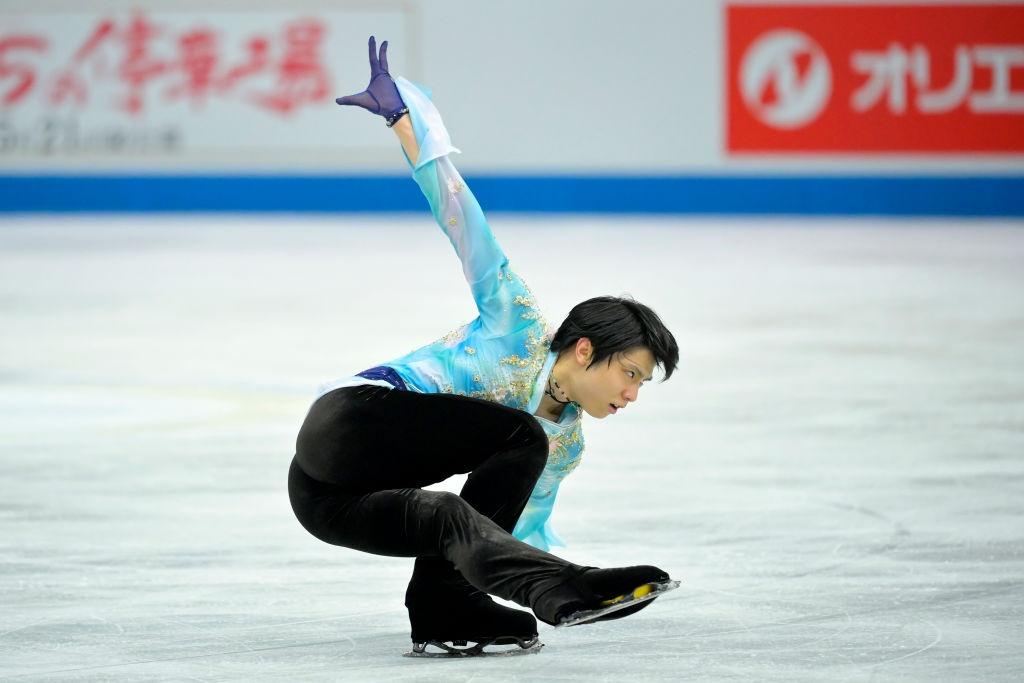 Two-time Olympic Champion Yuzuru Hanyu kept Team Japan close to the Americans by coming second in the Men’s Free Skating. The two-time World Champion produced a quad loop and two quad toes in his routine to “Heaven and Earth”, but popped the planned quad Salchow (193.76 points/11 team points). Shoma Uno went for a triple Axel-quad toe combination that has yet to be performed by any other skater, but fell. The 2018 Olympic silver medalist finished sixth (164.96 points/7 team points). 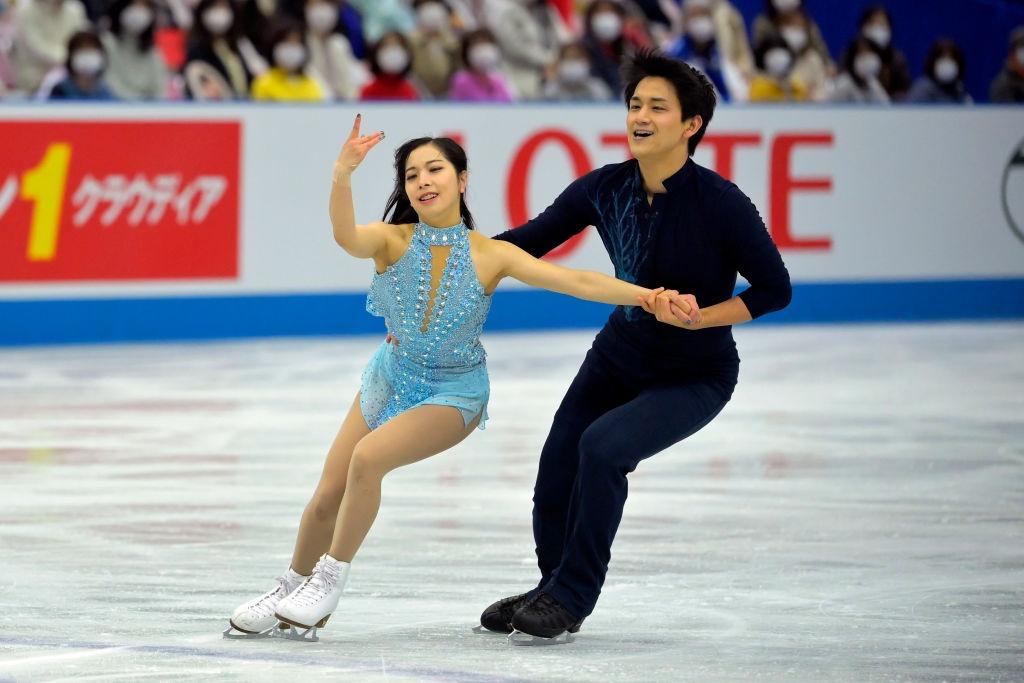 Pair Skaters Riku Miura/Ryuichi Kihara added 10 points to the team score with their third-place finish in the Short Program. They produced a throw triple Lutz, but she fell on the triple toeloop (65.82 points). Misato Komatsubara/Tim Koleto earned eight team points by coming fifth with their “Love Story” Free Dance.

“As I was saying yesterday, it’s only been a couple of weeks since Worlds, so I know it’s been very hard to prepare for this competition. But all of us in Team Japan really wanted to do this competition for Japan,” team captain Kihara said.

“Everyone did their best, and I really think we all gave courage to each other. I think everyone in our team wants to finish in first place, so if every one of our team is doing their part, I think that the results will follow,” he added. 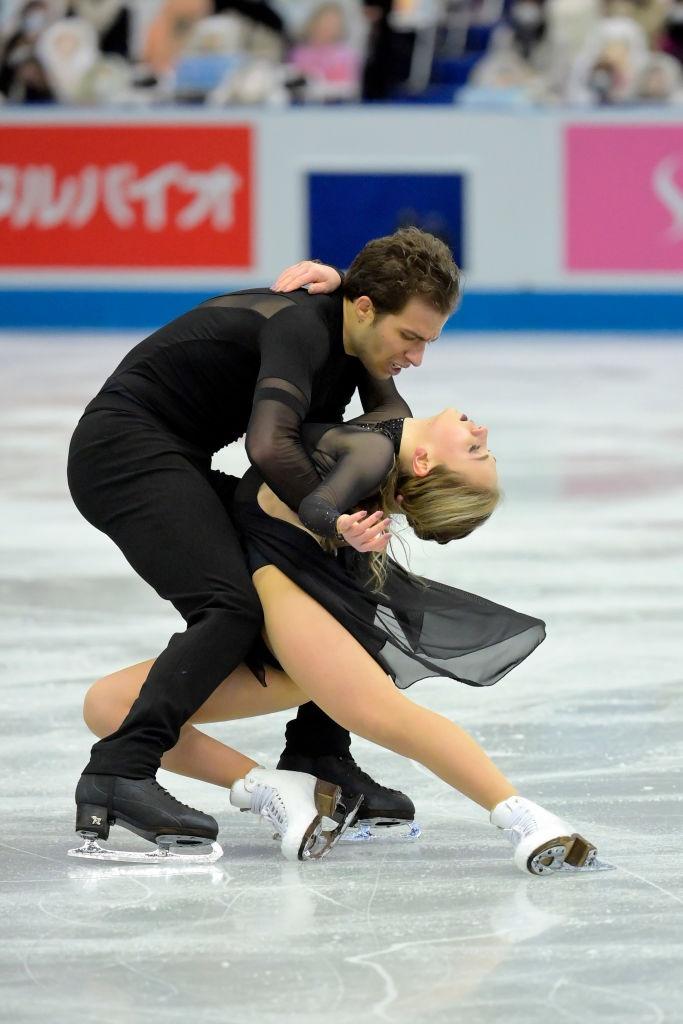 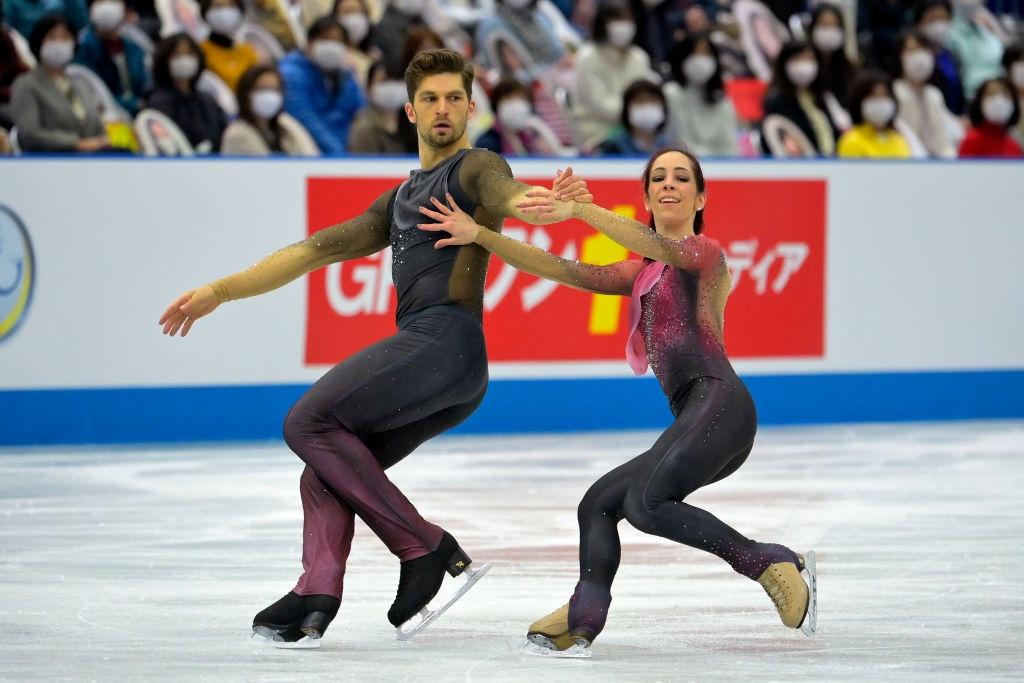 Team Italy remained in fifth place on 53 points benefitting from their strong results in the Ice Dance and Pairs. The 2019 European Ice Dance bronze medalists Charlene Guignard/Marco Fabbri gave an emotional performance to “Atonement” to place second in the Free Dance with a season’s best of 124.75 points (11 team points). Pair Skaters Nicole Della Monica/Matteo Guarise ranked second in the Short Program, earning another 11 points for the team’s score. Their program to “Let It Be” featured a triple Salchow, but she stumbled on the throw triple loop (66.09 points).

The ISU World Team Trophy in Figure Skating continues on Saturday with the Pairs and Ladies Free Skating.

Viewers are able to watch the ISU World Team Trophy 2021 either via their national broadcaster / channel and for countries where there are no broadcasters, the ISU will offer a live stream on the Skating ISU YouTube Channel. For more details, see the Where to Watch guide.