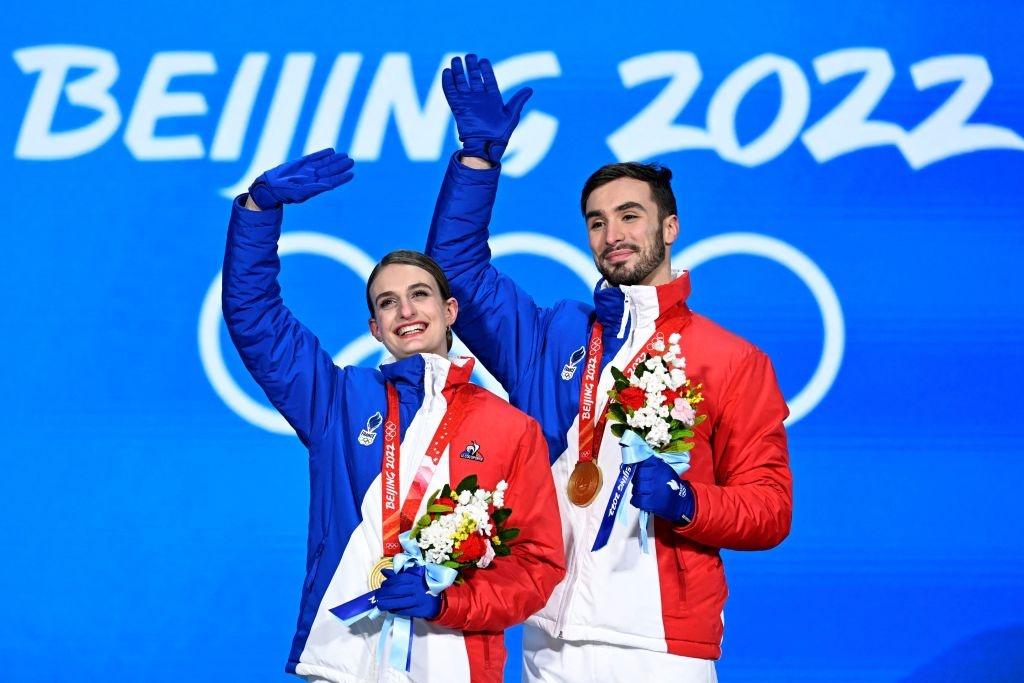 Newly minted Olympic Ice Dance Champions Gabriella Papadakis/Guillaume Cizeron of France have been busy since coming home from Beijing. They still relive their Olympic experience, they perform in shows, meet the media and now are gearing up for another highlight: The ISU World Figure Skating Championships at home in France, in Montpellier (March 21-27).

“We went to Switzerland after a stopover in Paris with the media for shows. It went very well and it was nice to get back on the ice to experience our sport from a different side,” Guillaume shared. “We did not do any shows for almost two years except for the little Christmas gala in Vaujany. It felt good to be able to skate without pressure and just to enjoy.”

Performing in the shows in Switzerland does not mean that the Ice Dancers get out of shape. “The shows themselves are a kind of training,” Cizeron noted. The couple is now back on the ice in Canada again. “We came back to Montreal, we are practicing. It is not as stressful and as hard as for the Games, a part of us needs some rest, it is more about keeping in shape,” he added.

The upcoming World Championships are special to Papadakis/Cizeron as they happen in France. “It is a kind of last celebration, it is nevertheless an important competition, but with less pressure than the one before,” Gabriella pointed out. “It is nice to come to our home country, to meet our audience, to celebrate our (Olympic) title with them, in France, with our friends. In any case it will be a beautiful competition for many reasons.”

Guillaume agreed: “There won't be changes to the programs. We will enjoy them and to make the French audience happy. I think this is more our goal.”

The five-time European Champions do not feel extra pressure about coming in as Olympic Champions and as the hot favorites. “Certainly we want to become World Champions this year, this is obvious. It is not more pressure than we usually feel, for me, because in the past four years, we really wanted to become Olympic Champions and now we got that. The rest is more of a bonus,” Papadakis said. 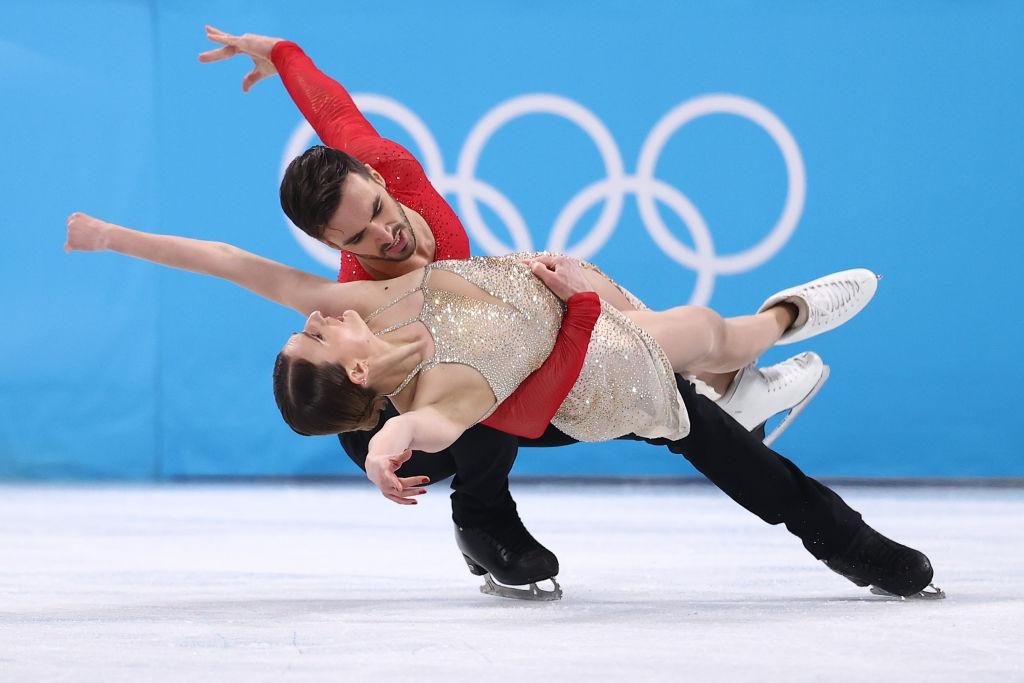 The World Championships are definitely a bonus after a great Olympic experience that is still fresh on the mind of the Skaters. It was their second appearance on Olympic ice and this time it was a bit different. “Four years ago we were a little afraid to miss training when arriving too early (at the Games). The experience four years ago has helped us a lot even though it was not perfect then,” Gabriella explained. 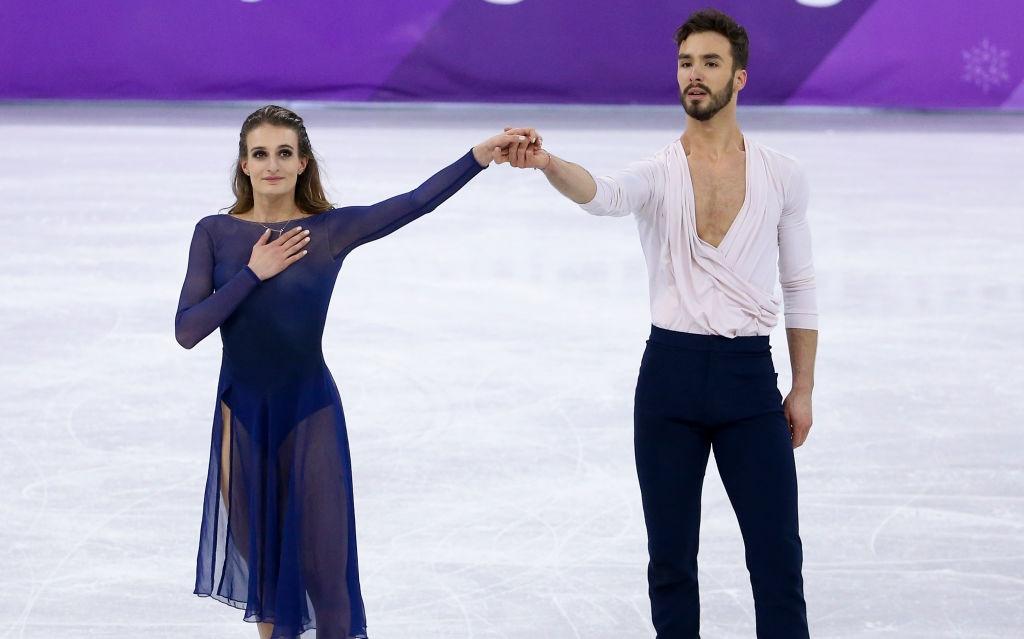 However, due to the Covid-19 restrictions, there were only few spectators allowed in the arena in Beijing and family and friends were unable to travel to China. This will be different in Montpellier. “I think there are many people that would have liked to be present in Beijing and that were unable to,” Cizeron noted. “Certainly our parents will be very happy to be able to see us live. I think it was a little disappointment that they couldn't be there (in Beijing) because of Covid, but it is good for our friends, for us, to present our programs live for all these people that we know, the people that support us, the fan clubs and the people that have been following us for many years, that are at our side, that followed all our competitions. We are very happy that this (championship) is in France, in Montpellier, it is really the perfect year to have Worlds in France,” he added.

His partner agreed. “We don't know the audience from Montpellier yet, we'll discover it, but it is our French audience which is always welcoming and we're looking forward to meeting them,” Papadakis commented. “We hope that this (event) will create the passion (for skating) among the young people to start (skating) or to continue, to get motivated,” she added.

The French skating stars are not yet ready to share plans for the future. “I think we need to take a little break in order to let things settle down a bit and to know exactly what we will do,” Guillaume said. “I think right now we'll focus on our practice, because it is not so obvious to start training for the world championships. Once we get there, I think we're looking forward to the energy of the arena, to have a hopefully full audience. It will be a kind of celebration and we're happy to celebrate it with many teams from Montreal. We're not really thinking of anything else right now.”

Nevertheless, Gabriella has launched a sustainable clothing line on March 16 and is excited about this new adventure. “I got in contact with a company that makes clothing on demand. We created a little collection to start,” she said.

So the art and creativity of the Olympic Ice Dance Champions is set to thrive in many different ways.

This is UpAgain: A Figure Skating Documentary