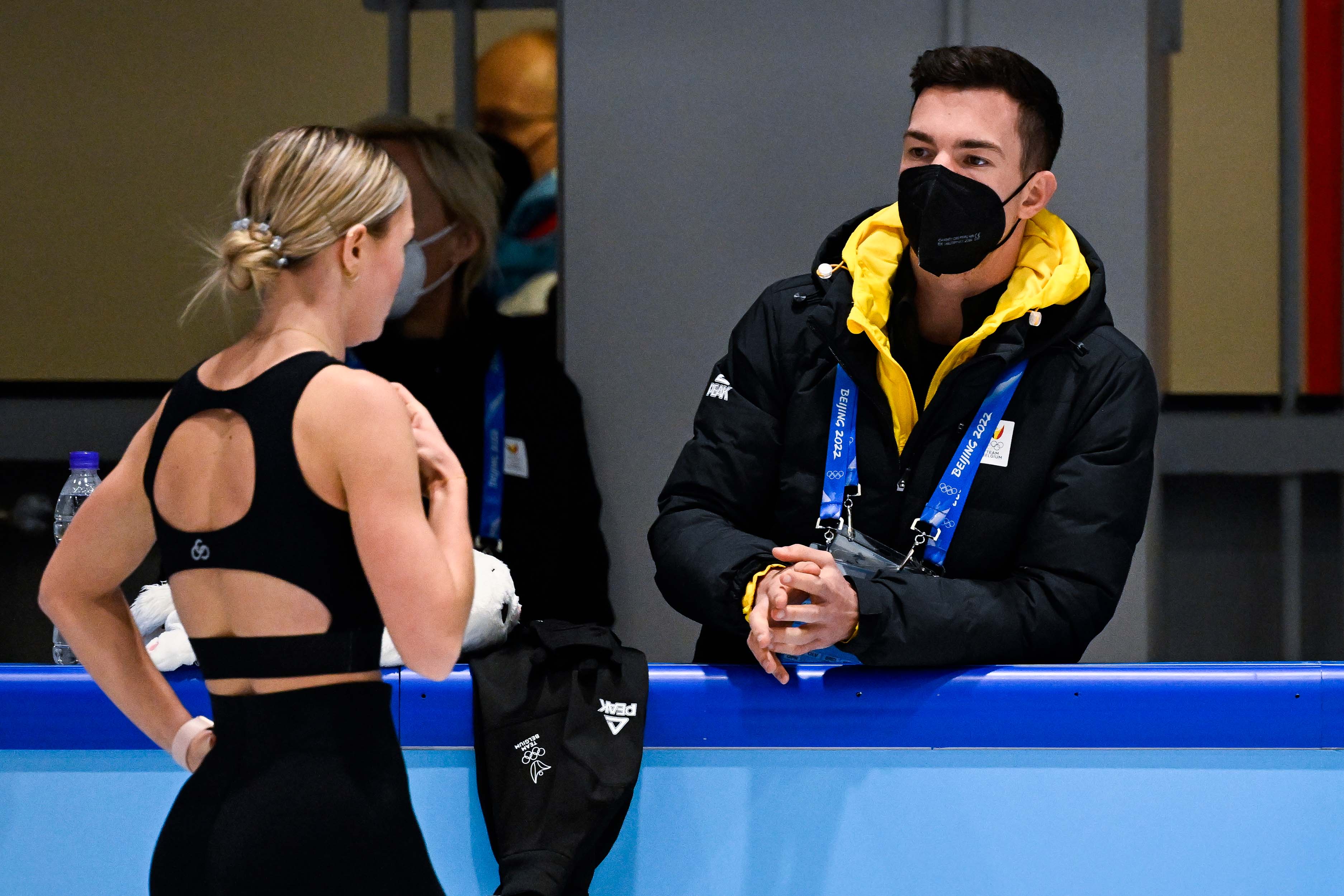 For many athletes, Skating becomes a passion for life and they stay involved in the sport following their competitive career. Some work in ice shows, others become officials or work in federations and many, if not the most, start a career as a coach or choreographer. No matter which role they choose, all of them continue to share their love and passion for the sport. 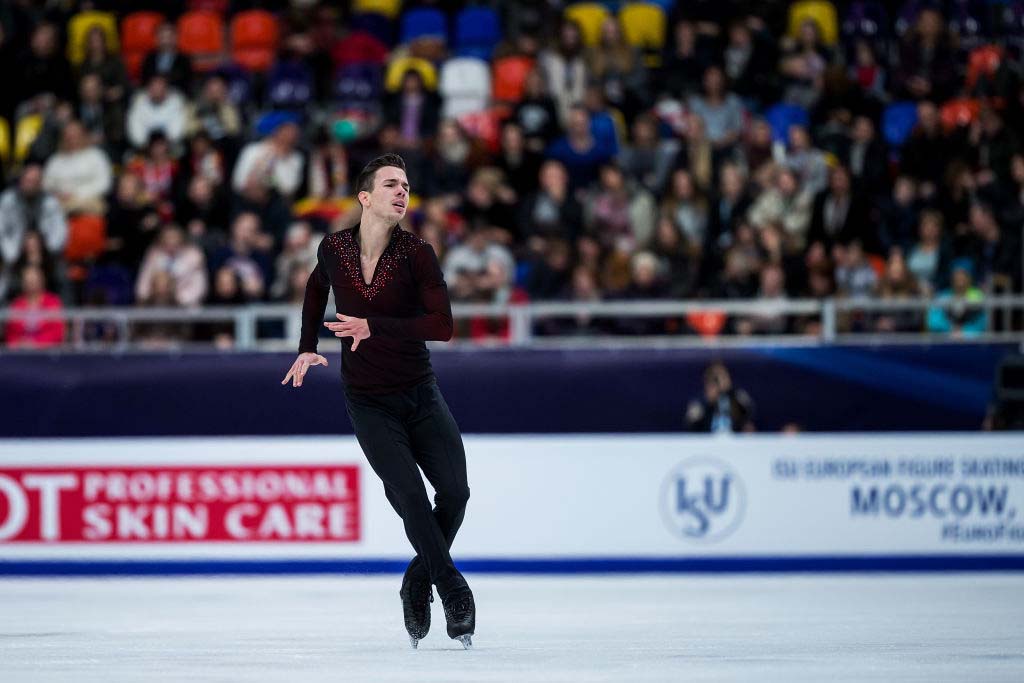 One of them is Jorik Hendrickx (BEL), a two-time Olympian and ISU World Championships competitor, who retired in 2018. The multiple National Champion actually had studied sports marketing and management while still skating, but after all decided to become a coach. ”I always thought it's important to educate myself and to have a degree,” he said. “Sports management was something which I could combine with skating and it was something I was interested in, but maybe not so passionate about. When I had to do internships, it was always very limited and I never really experienced the real job. And of course Figure Skating is my passion.”

Like many Skaters Jorik was coaching on the side, working with children and in his club. He felt comfortable with that from the beginning. “For some reason it felt very secure because I knew I had something to share and to some knowledge I created throughout the years,” he noted. “I had a very bumpy road as a skater. I was also a very late bloomer. Now everybody does triples when they're 12-13. I learned my first triple when I was 16-17. So I always knew how hard I had to work for it and also trying to understand my body, understand the different techniques. I was trying to adapt and to watch other skaters and to compare the technique. I think at that point I felt comfortable that I had something to offer to the skating world.”

Hendrickx had a very special motivation as well: He wanted to support his younger sister, Loena. Plus, his and Loena’s success attracted more international Skaters to their home club in Belgium and so there was room for another coach once Jorik decided to retire. “I always aspired to become a coach,” he shared. “My education was more a plan B, just in case.“ 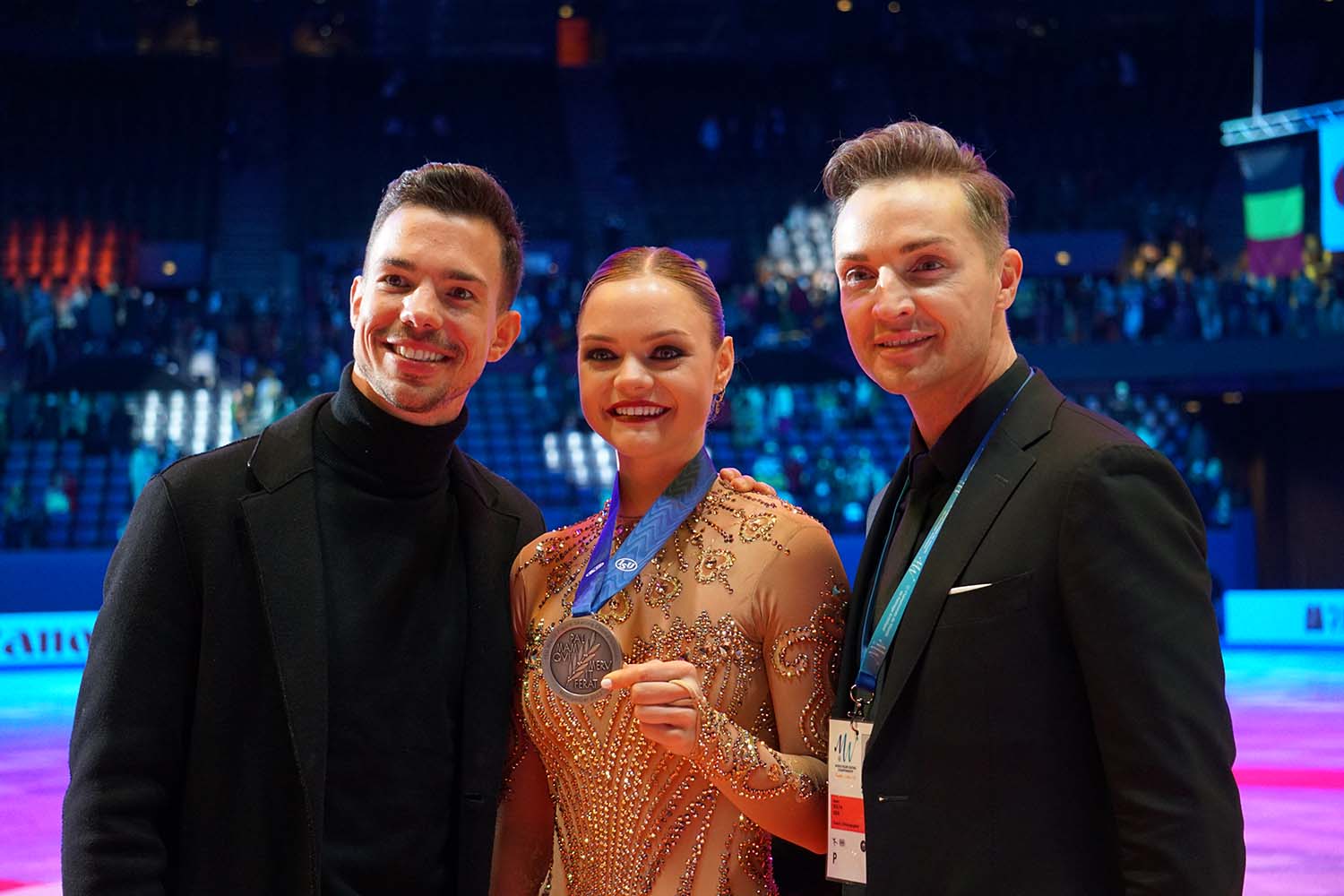 Currently the young coach is working with 40 to 50 Skaters, mostly on club level, but around 15 of them are competitive Skaters. Obviously his top student is his sister Loena, who won the first World medal for a Single Skater from Belgium and the first ever ISU Championship medal for a female Single Skater with her silver at the ISU World Figure Skating Championships last March.

He coaches as well Nikita Starostin (GER) who debuted at the ISU World and European Championships this season.

To be on the other side of the boards is a different experience. “As a skater, it was easier because you have the control,” Jorik observed. “You know how you feel, you know how you're prepared, you know how ready you are. And that's something I learned from my own career. I knew what was going to happen. Now it's very hard to read and feel the skater. You're not in control totally and you can advise and you can support, but eventually the athletes need to perform on their own.” 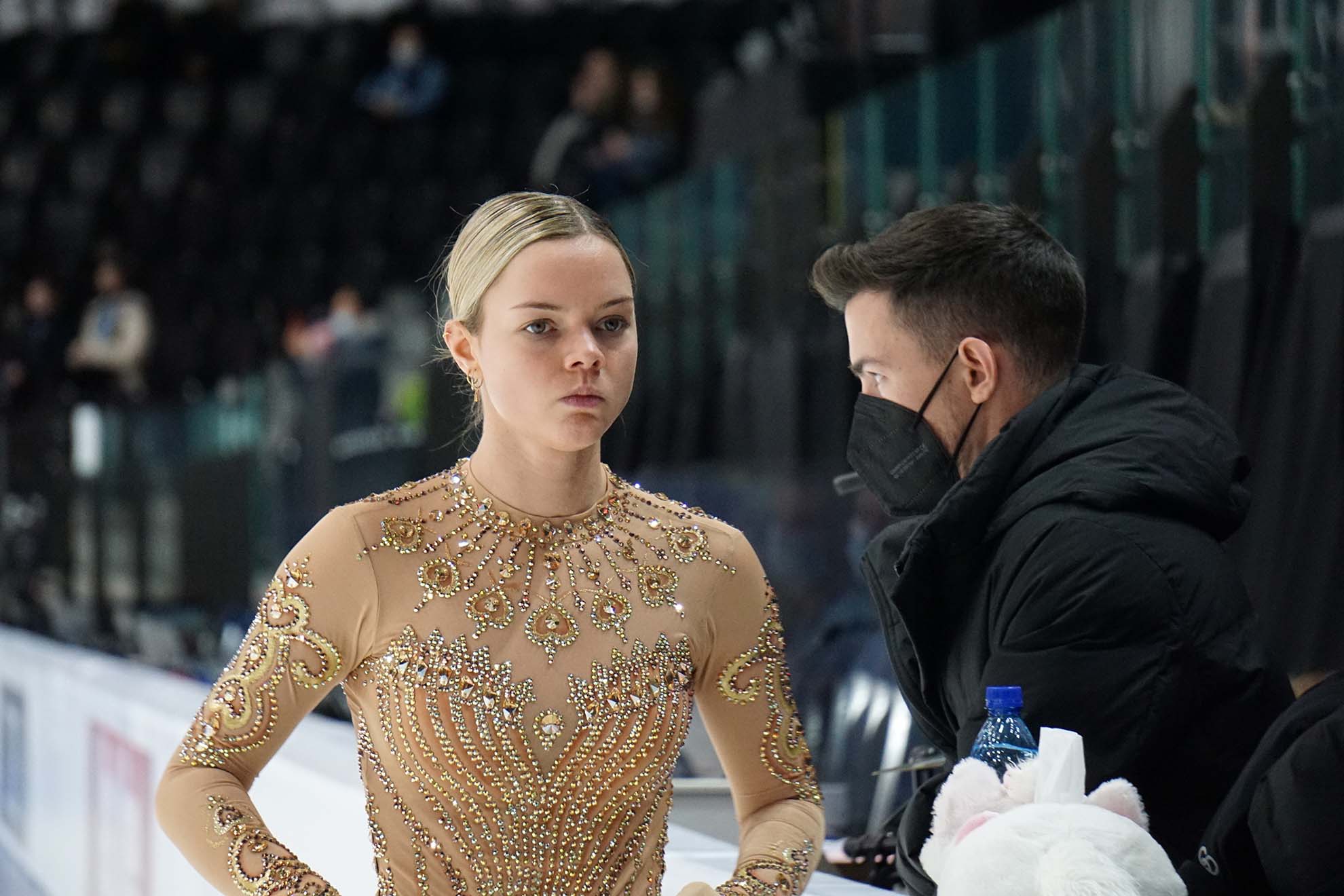 Hendrickx’s case is also special as he is coaching his own sister – which took him to the Olympic Games as a coach just four years after he competed himself in PyeongChang. The stress level of coaching at this level is higher, he admits. ”It's hard because I never had any other skaters at this level. So I don't know if it's because of the level and the responsibility. Of course, she's my sister. I hope in a few years when I can say that I was coaching a few of those (top) athletes, I can really give an honest answer to that, but I do think coaching my sister is more special and it gives me a little bit more stress.”

The young coach feels especially inspired by colleagues such as Lorenzo Magri from Italy and Anna Levandi from Estonia. “I really admire coaches who develop skaters always from scratch. There are many other coaches, but I have known Lorenzo and Anna for many years because they were also present when I was still junior and senior. I always see them with young skaters and then bringing them to a higher level.

And this is something that I aspire to do for many more years. Of course, I look up to other coaches like Brian Orser, Rafael Arutunian, Tammy Gambill and Tom Zakrajsek, who always have great skaters at the highest level.”

Hendrickx feels he is lucky as he was able to start working full-time as a coach after his career which is not always possible in smaller skating countries with less opportunities. He also participated in the ISU Development program that supports the transition of Skaters of all disciplines into a new, skating related role as coach, official or administrator.

The funding allowed him to attend a seminar and two international camps where he was able to learn from experienced coaches.“I think that was a valuable moment where I could invest time and I didn't have to invest my own money. I didn’t have to think about giving up my own coaching hours to go and learn,” he noted. Jorik hopes to draw more attention to Figure Skating in Belgium and The Netherlands where he is based now following his sister’s historic success.

The Netherlands have been traditionally strong in Speed Skating but in the recent years have built a successful Short Track team and now are looking for success in Figure Skating. They now have hired 2018 Olympic Pair Skating Champion Aljona Savchenko (GER) as their new bondscoach. 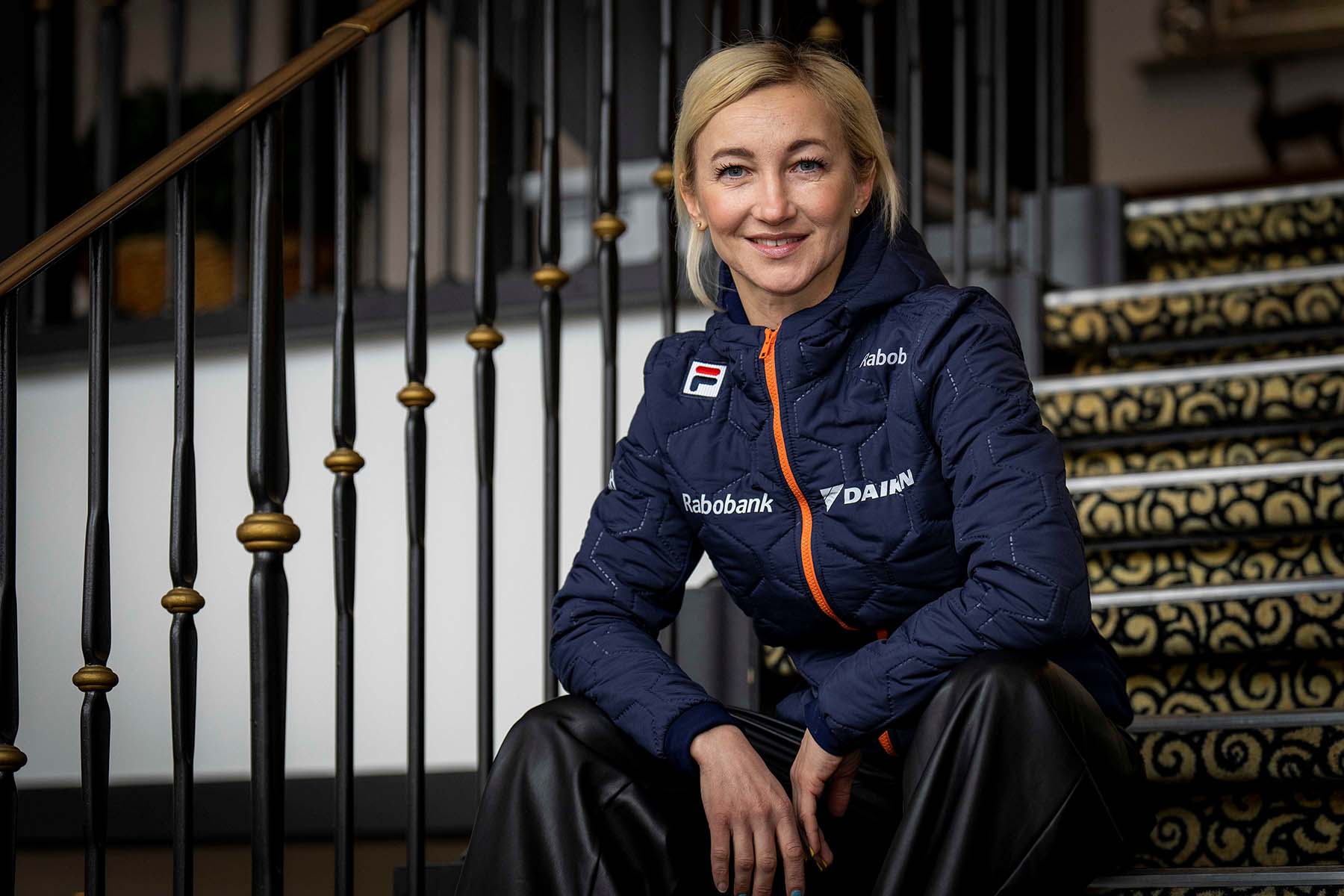 “It is a challenge, but I appreciate the trust that the Dutch Federation has shown,” Aljona said. “No matter, where I am working, I want to realize my goals at the Olympic Games and World Championships and I want to pass on my experience to the people that really want it. I want to make Figure Skating more popular, to find talents and teach them. The Netherlands have become successful in Short Track, Speed Skating and gymnastics and maybe it will also work out in Figure Skating. The will is the most important.”

Savchenko’s skating partner Bruno Massot meanwhile returned to his native France to follow his dream of building his own skating school. This was his plan for may years, together with his mentor and long-time coach Jean-Francois Ballester. But Ballester unfortunately passed away in December 2018. 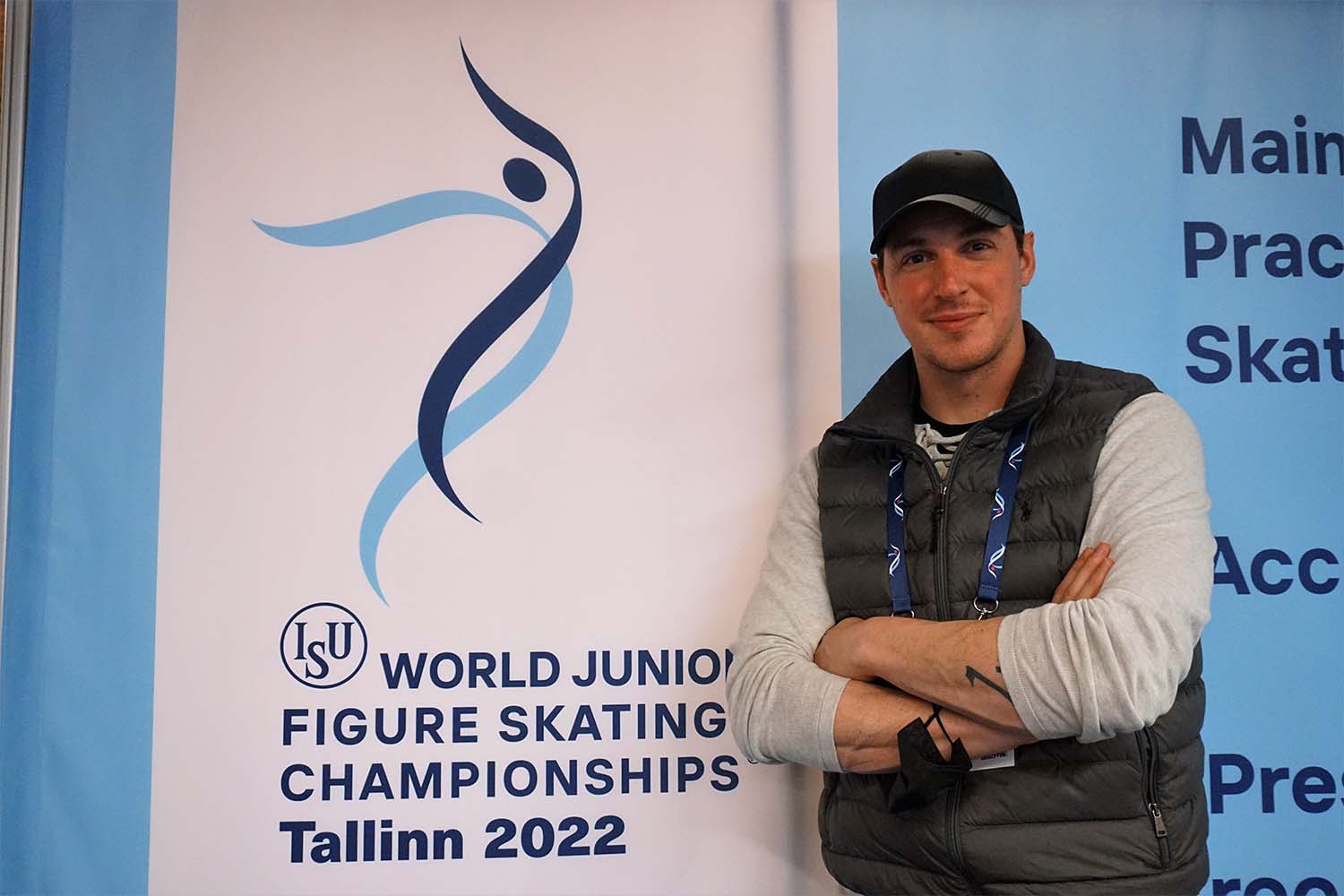 "Figure skating, the sport is my passion,“ Bruno pointed out. „It is not just about the technical side, it is all this work around it that consider incredibly interesting. Today, as a coach, I am sharing my whole experience, my whole career. I am not hiding anything from my athletes. In fact, I use everything that I have experienced to help them. Everyone has the right to benefit from it. I am motivated by the goal that my athletes get to experience what I experienced.”

The transition from Skater to Coach went smoothly for Massot. “It was easy for me as I had planned it for many years, since 2014, with Jean-Francois (Ballester). I didn’t feel lost after Worlds 2018, it wasn’t like I had nothing or didn’t know what I have to do. I knew that I was going to move to Switzerland and work together with Jean-Francois. Since I have been coaching on the side regularly, I got into it right away.“ After Ballester’s untimely death, Bruno moved back to his hometown Caen in France and is building his school there.

“Caen is symbolic. This is the place where I started skating, where I met Jean-Francois, where I learned everything. Now we’re going to have a great center in Caen. We’ll have a second ice rink in 2025 and top conditions. I got the support of the city, the region and the federation,” he said.

The 2018 Olympic Champion is working with five Pairs and expects to form more. He is collaborating with Claude Péri in Paris and Bruno Marcotte in Canada. “I am open for this team spirit. I don’t forget that a good athlete is not automatically going to be a good coach. I am not forgetting that I don’t know everything, that I am still a young coach and don’t have a lot of experience. I am open for everything and I still can learn a lot,” he concluded.

Hendrickx, Savchenko and Massot are three young and ambitious coaches that only a few years ago competed themselves at the highest level. There are many more like them that joined the coaching ranks and are highly motivated. The future looks bright.