The USA celebrated a gold medal sweep as the ISU Junior Grand Prix of Figure Skating series 2021/22 got underway with the first event in Courchevel (FRA) over the weekend. Ilia Malinin, Lindsay Thorngren and Katarina Wolfkostin/Jeffrey Chen topped the podium in what was the first ISU Junior Grand Prix event since August 2019, as the series had to be cancelled in the past season due to the COVID-19 pandemic. For all winners, it was their first gold medal on the junior circuit.

Ilia Malinin led the U.S. men to a one-two finish. The 16-year-old took a clear lead in the Short Program. Skating to “Billie Jean”, he nailed a triple Lutz-triple Toe, triple Flip and triple Axel. The ISU World Junior Figure Skating Championship competitor missed his opening planned quad Toe and Salchow as he doubled the first and fell on the second jump, but he recovered to produce six clean triples in his Free Skating routine to “Nobody Knows” by Autograf and “Golden Age” by Woodkid. Malinin, the son of 1999 ISU Four Continents Figure Skating Champion Tatiana Malinina (UZB) and Olympian Roman Skorniakov (UZB), scored 214.64 points. “I definitely know that I didn’t to my best, but it happens to everyone of us. I think I probably rushed it a little bit. If I had taken my time a bit more, I would have landed those quads,” the Skater said. “I am definitely happy that I finally won a Junior Grand Prix, especially the first one, because I am here to support team USA and it means a lot that I won it for them. It’s been a struggle since I haven’t competed in a year, but I think now that I’m back things are starting going back to normal and so I hope in the future I’ll do better than I did today,” Malinin concluded. 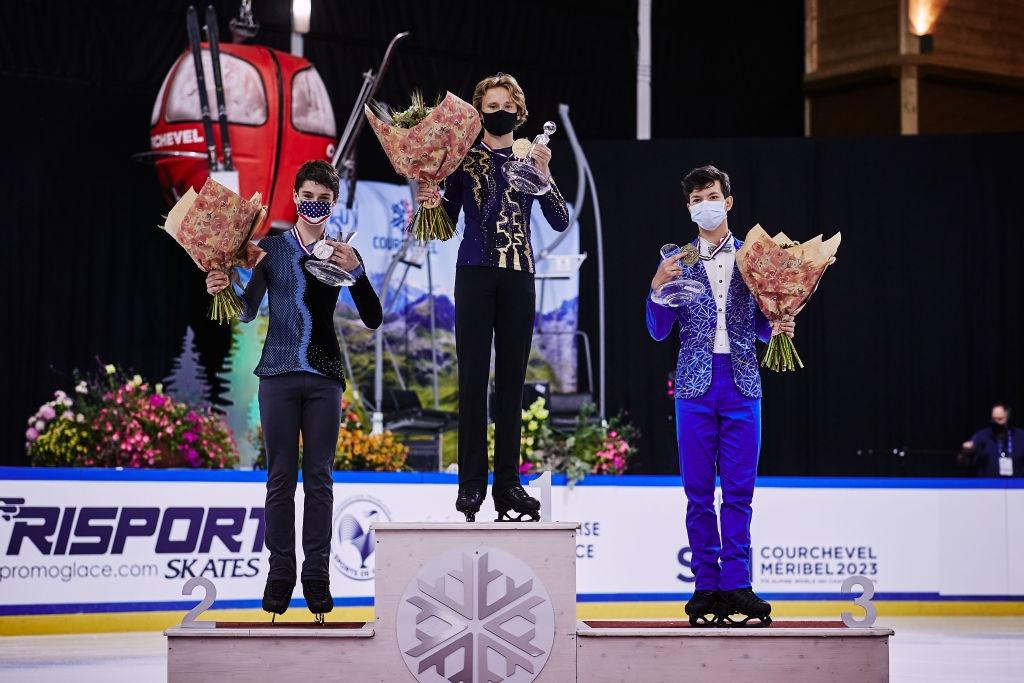 Teammate Lucas Broussard sat in third following the Short Program, but pulled up to second with a strong performance that featured six solid triples to win the silver medal in his ISU Junior Grand Prix debut (192.31 points). Francois Pitot made the host country proud by clinching the bronze medal. He ranked fourth in the Short Program and moved up to third at 182.26 points total. Corey Circelli (CAN), second after the Short Program, dropped to fourth after some errors, just missing the podium at 182.15 points.

Lindsay Thorngren (USA) won the Junior Women with four points to spare ahead of Kaiya Ruiter (CAN). The American ranked second in the Short Program to “Writing’s on the Wall” after slightly underrotating the back end of her triple Lutz-triple Toe combination. In her Free Skating to “Queen’s Gambit” by Cedric Tours, the 15-year-old turned in a strong skate that was highlighted by six clean triple jumps including two triple-triple combinations. She accumulated 181.45 points. “I am so happy to have won gold. I want to work hard to become better. (In the past year) I worked to become a better skater. Since there were no competitions, I worked more on building my skills and my jumps,” she commented.

Ruiter, who landed a triple Flip and double Axel but like Thorngren slightly underrotated the triple to in her combination jump, sat in third following the Short Program. She moved up one spot in the Free Skating with five solid triples (177.60 points). Clare Seo (USA) claimed the Short Program with a solid skate and four level-four spins and level-four footwork, but settled for the bronze after underrotating a few jumps (174.80 points).

Katarina Wolfkostin/Jeffrey Chen (USA) scored a runaway victory with 15 points to spare in the Ice Dance competition. The National Junior Champions danced to strong lead in the Rhythm Dance set to songs by Michael Jackson, earning a level four for the twizzles, one Blues pattern and the rotational lift. Their smooth Free Dance to “Rain, In Your Black Eyes” by Ezio Bosso featured three level-four elements including a rotational-stationary combo lift. They couple picked up 160.01 points. ”For the most part, it feels really great that we were able to put out what we wanted to on to the ice today,” Wolfkostin noted. “Especially after such a long time without competitions coming out here and doing what we did feels really good,” Chen, who is the younger brother of U.S. Single skater Karen Chen (USA), added. “It felt like a very slow, almost not existent season (last year), most of the competitions were either online or just cancelled, so it felt really good to come back to competition. We had a little bit more time to dive down and work on the basic elements and our synergy and energy together,” Wolfkostin continued.

The silver medal went to Mika Makita/Tyler Gunara (CAN), who danced to a Tango Medley in the Free Dance (149.39 points). Hannah Lim/Ye Quan made a little bit of history by becoming the first Korean Ice Dance couple to win a medal in an ISU Junior Grand Prix of Figure Skating event. They placed fourth in the Rhythm Dance, but then overtook Katerina Mrazkova/Daniel Mrazek (CZE) in the Free Dance to take bronze on 144.27 points. 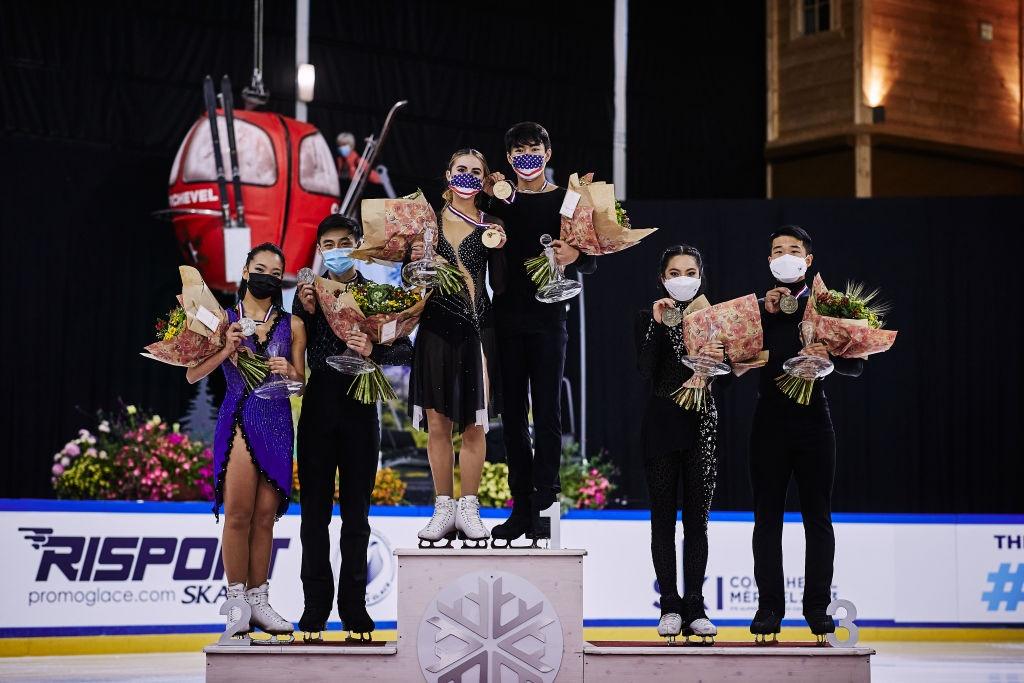 A total of 60 Skaters/Couples representing 25 ISU members competed in the first ISU Junior Grand Prix of Figure Skating first event of the season. However, due to the ongoing pandemic travel restrictions apply and not all Skaters were able to attend the event.

The ISU Junior Grand Prix of Figure Skating Series continues in Courchevel as France hosts the event that was originally scheduled in Canada. The ISU has an anti-COVID protocol in place to keep all participants of the events as safe as possible.

In the Spotlight: Daniel Grassl (ITA) venturing into outer space