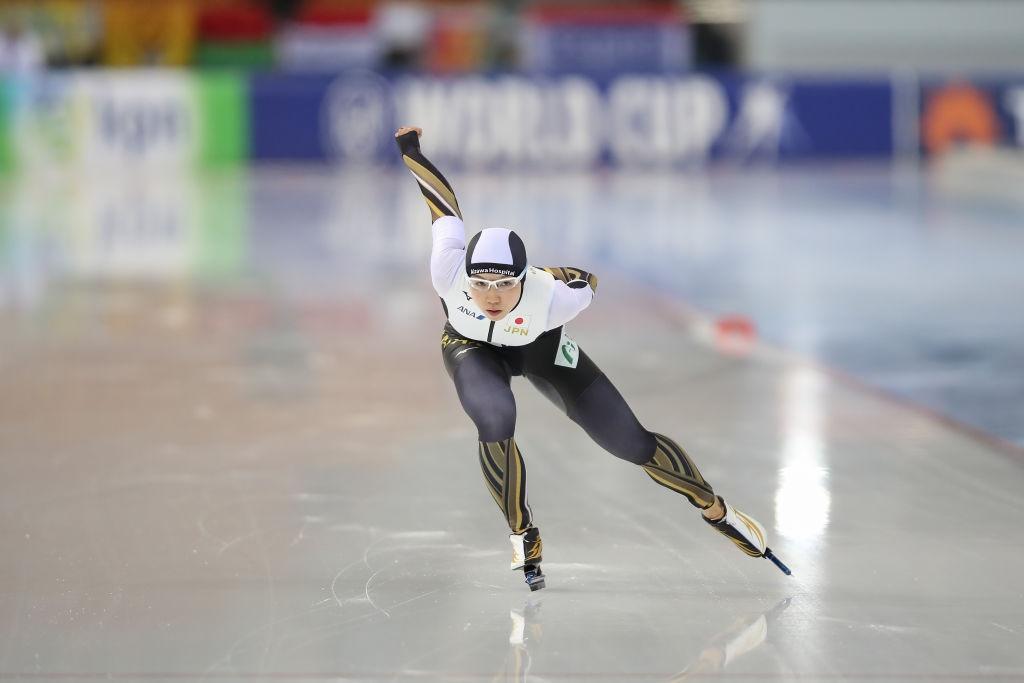 The ISU World Cup Speed Skating returns to Japan for the fourth leg of the 2019/20 season. After Obihiro and Tomakomai last year, the skaters will visit Nagano, home of the 1998 Olympics, this weekend. The sprinters will look forward to racing two 500m races in one weekend again. Nao Kodaira, born in Chino near Nagano, hopes to shine on home soil, just like Japan's ace in the 500m Tatsuya Shinhama.

Coming off a golden ISU World Cup Speed Skating in Nur-Sultan last week, Ivanie Blondin and her Canadian Team mates will look forward to take on the Japanese Takagi-sisters Miho and Nana, who have dominated in the ladies' Team Pursuit together with Ayano Sato over the past seasons. They were absent in Kazakhstan to get in shape at the M-Wave in Nagano.

Kodaira kicks off on Friday

Kodaira hopes to kick off her home ISU World Cup Speed Skating with gold as the event starts with the ladies' 500m on Friday. The 'angry cat', the nickname she cherishes in her beloved Holland, has not been able to dominate the shortest distance this season the way she has over the past seasons. She saw her 23-race winning streak in the ISU World Cup Speed Skating broken by Olga Fatkulina (RUS) at the first ISU World Cup this season in Minsk, bounced back with gold in Poland a week later, but had to settle for third again in Nur-Sultan last week. Although she hated losing, Kodaira welcomed the competition: She said: "The fact that I do not always win, is a good motivation." 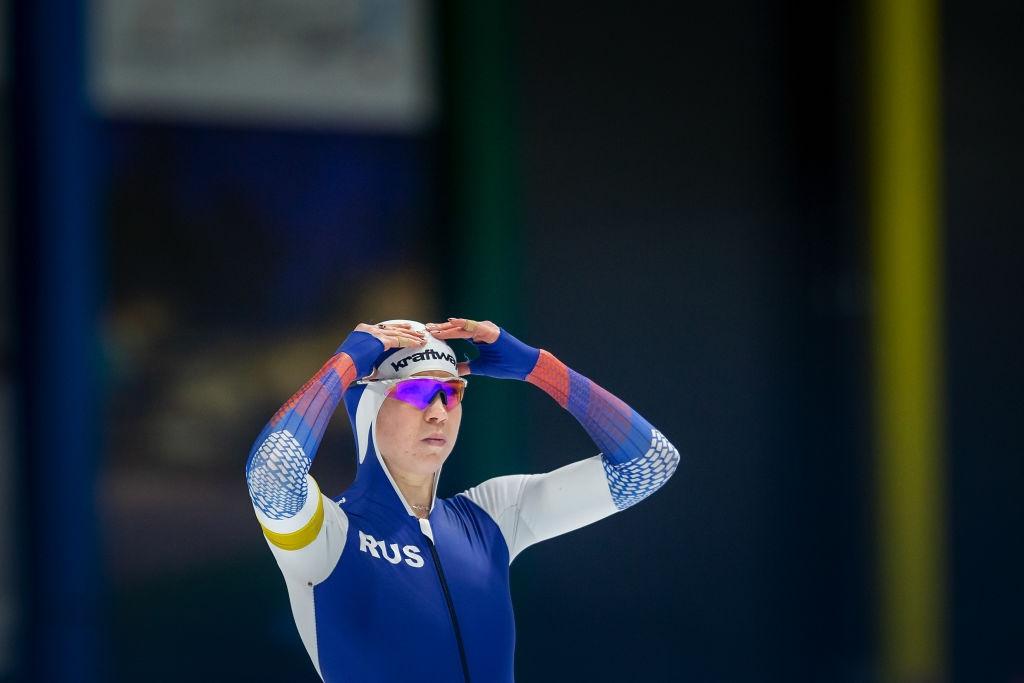 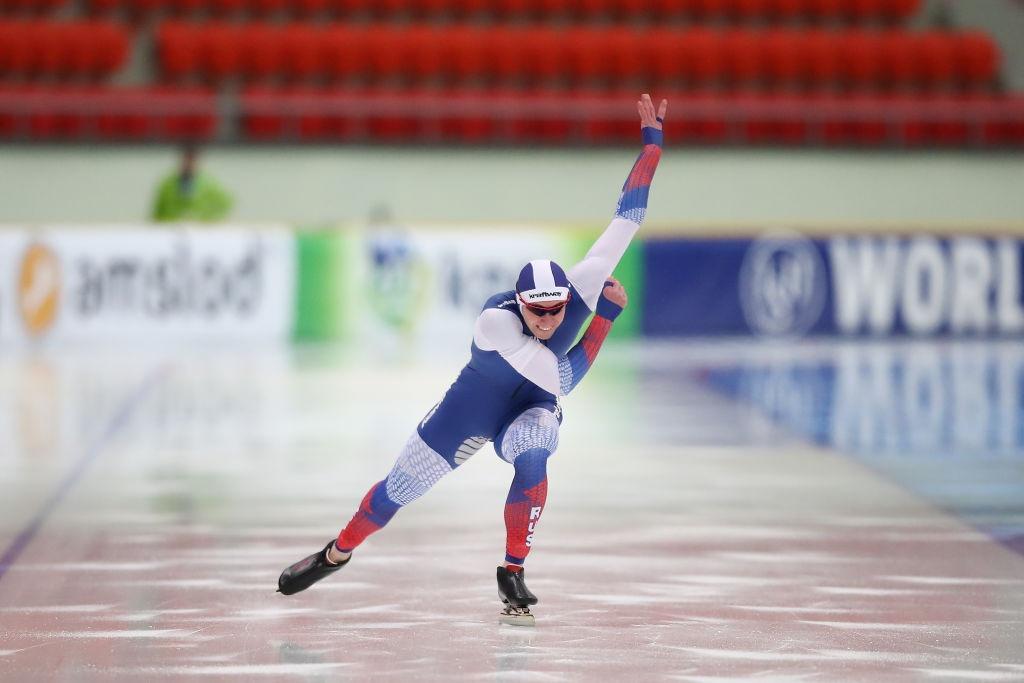 World record holder Pavel Kulizhnikov (RUS) had decided not to start after already having missed the first two ISU World Cups. He is on the provisional entry list for Nagano as a substitute with an A Division wild card again, delaying the decision whether to skate or not to the last moment.

Tatsuya Shinhama (JPN) hopes to break the Russian dominance. The Japanese sprinter left the top spot in the 500m classification to Jun-Ho Kim (KOR), when he skipped the Nur-Sultan ISU World Cup Speed Skating. Kim leads ahead of Mushtakov and Murashov. 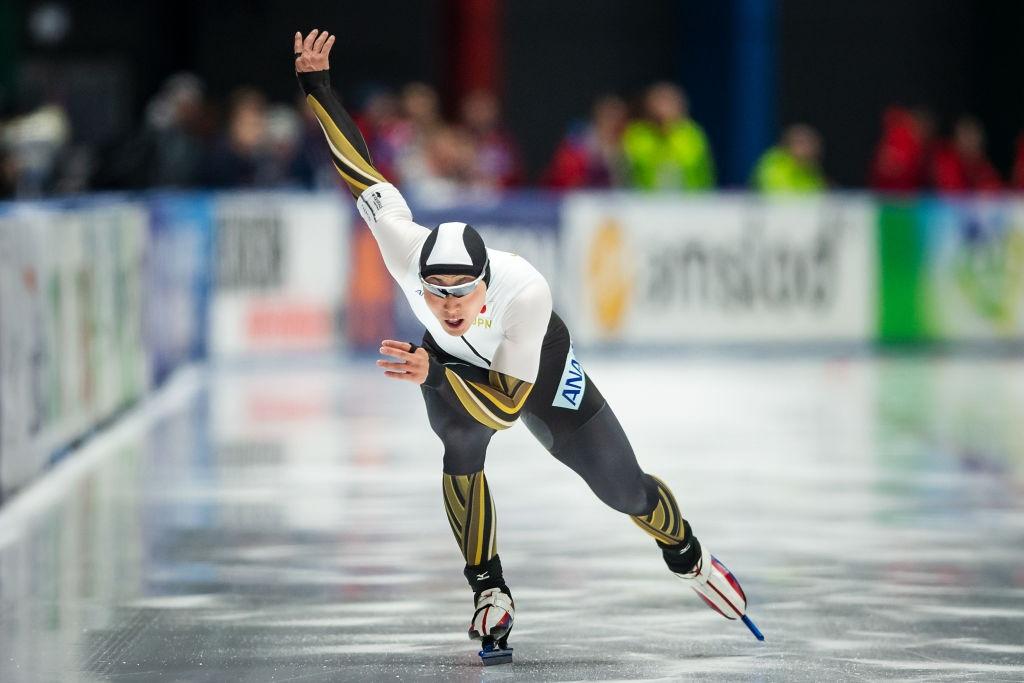 Blondin back in favorite discipline

With no mass start on the program in Nur-Sultan last week, Ivanie Blondin (CAN) took the opportunity to seize career first golds in the 5000m and the 1500m. In Nagano she'll be back in her favorite discipline and she doesn't have to worry about arch rival Irene Schouten (NED), who decided to skip the Nagano ISU World Cup. 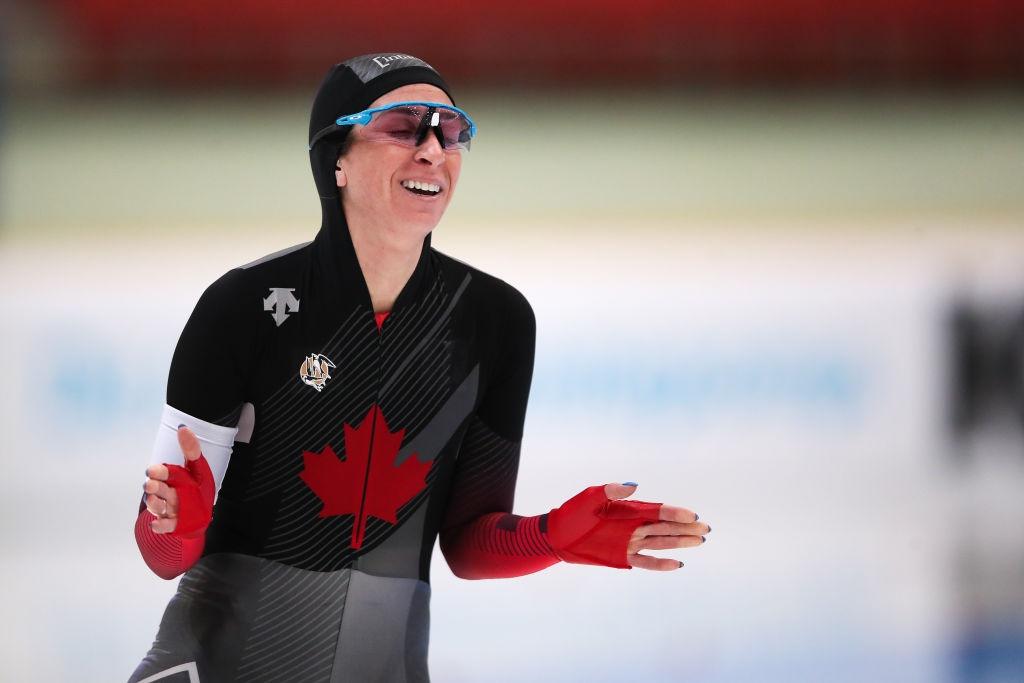 All eyes on Mantia 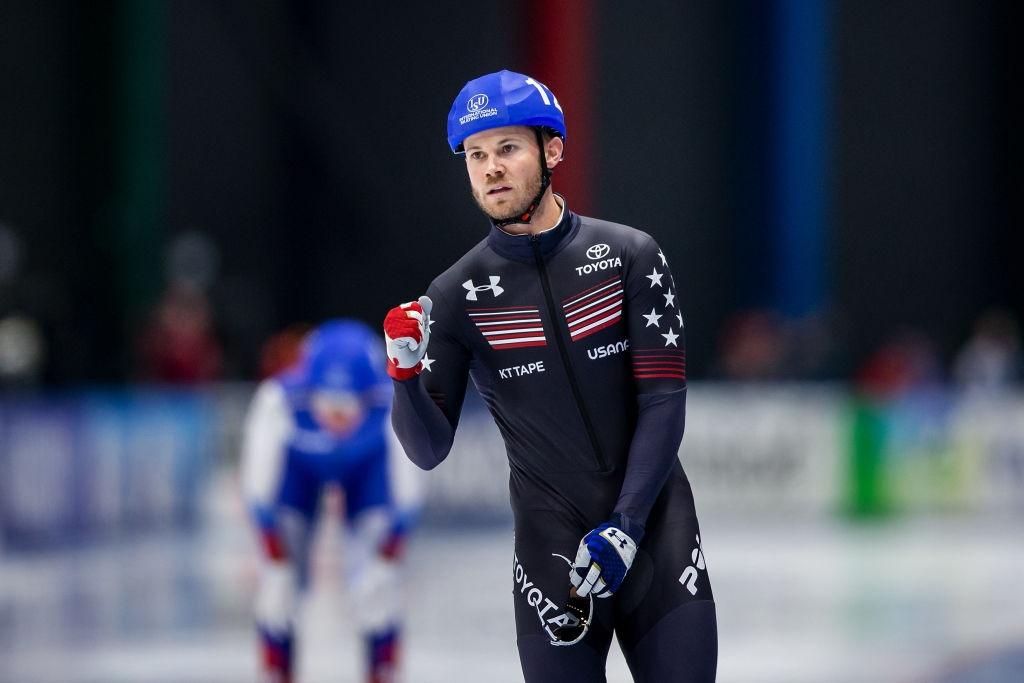 In the men's Mass Start competition, eyes are set on Joey Mantia (USA). The double ISU World Speed Skating champion won the second leg in Tomaszów Mazowiecki, after Jorrit Bergsma (NED) had gone home with the gold medal in Minsk. Both the race in Belarus and the race in Poland did not end up in a final bunch sprint, which normally suites Koreans Jae-Won Chung and Cheon-Ho Um (KOR) better.

With three skaters in the top four of the 500m classification, Russia seem to have the fastest individual skaters to line up a strong Team Sprint squad, but they have not been able to dominate the event at the three ISU World Cups so far, coming second to the Netherlands twice, and winning once.

The Dutch will not field their strongest line-up in Nagano paving the way for another Russian victory. Poland took their first bronze medal of the season in Nur-Sultan, and as number three in the ISU World Cup ranking, China seem to be in the mix for another medal too. 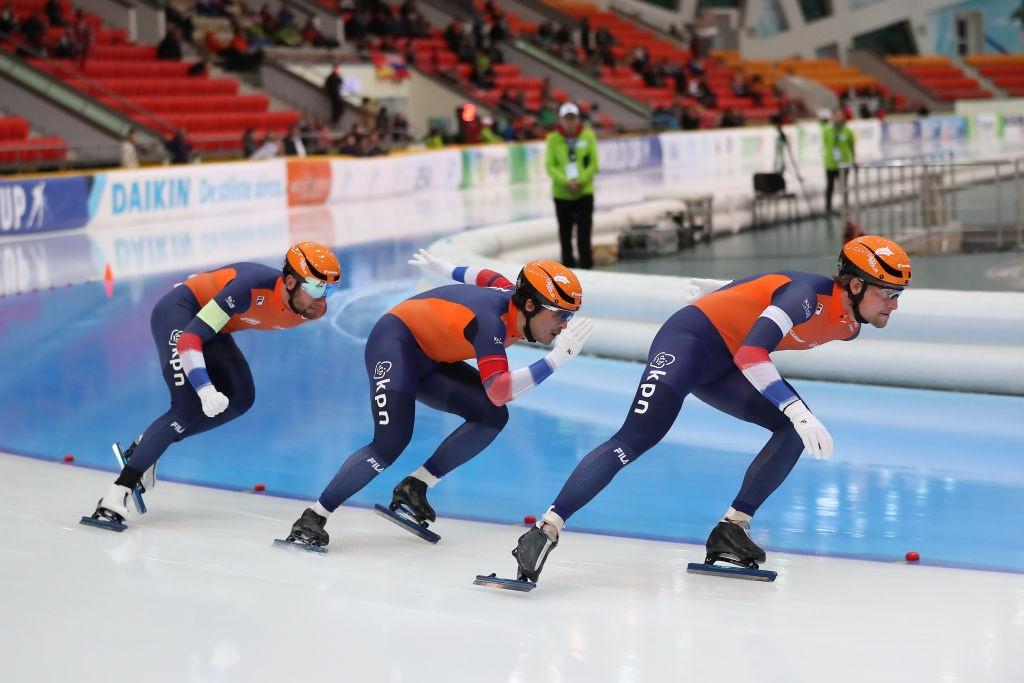 The Netherlands have won all three Team Sprint events in the men's competition so far. The last race in Nur-Sultan was, as Dutch start skater Ronald Mulder (NED) put it: "More like a bowling competition than a Speed Skating race." Canada, Russia, Germany and China all crashed out of the race, leaving the medals to Norway and Switzerland. The M-Wave can gear up for a spectacular finish on Friday. Mulder will not be there to launch the Dutch team, as Dai Dai Ntab will take over first lap duty in Nagano.

Japanese and Russian challenges for Bowe 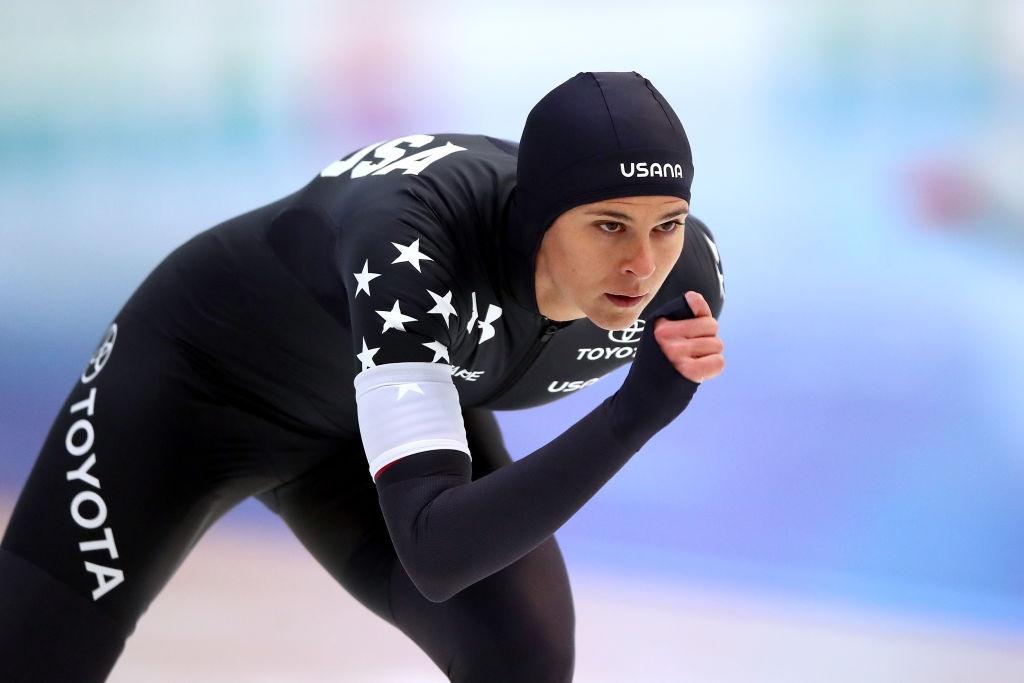 Saturday's action starts with the second 500m for the men. In previous seasons, all ISU World Cups used to have two 500m races on the program, but this season the first three events only had the shortest distance scheduled once.

After the men's display of raw sprinting power in the 500m, the ladies gear up for the 1000m, in which it all boils down to sustaining that raw power as long as you can. Brittany Bowe (USA) has been the best so far this season. The ISU World Speed Skating Champion won both in Minsk and in Nur-Sultan, and confidently leads the ISU World Cup ranking ahead of Jorien ter Mors (NED), who is absent in Nagano.

Miho Takagi (JPN) will be back after having skipped Nur-Sultan. The Japanese IS World Sprint and World Allround Speed Skating Championships silver medalist skated a disappointing ninth time at the first ISU Word Cup in Minsk and hopes to make amends on home ice. Apart from Takagi, the Russian sprinters will also challenge Bowe. 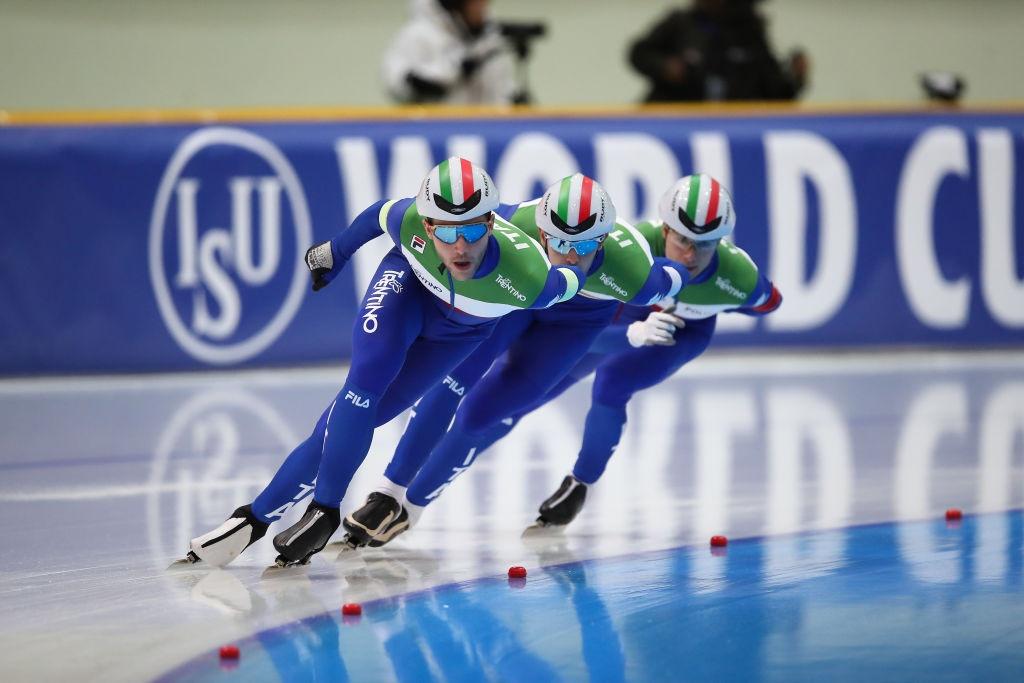 The Saturday program continues with the men's Team Pursuit, in which Italy took their first gold since 2005 and their second ever, when they left Canada and Russia behind in Nur-Sutlan. Nicola Tumolero (ITA) explained the Italian success: "We grew up together. [The team] is like a family to us. We are used to train together every day, not like for example the Dutch who train separately more often. We are more used to skate behind each other."

The Netherlands, who had won the first Team Pursuit of the season, ended up in a disappointing fifth place. In absence of the big names, the Dutch field a young and inexperienced team in Nagano, leaving Italy with another opportunity.

Sáblíková still at the top 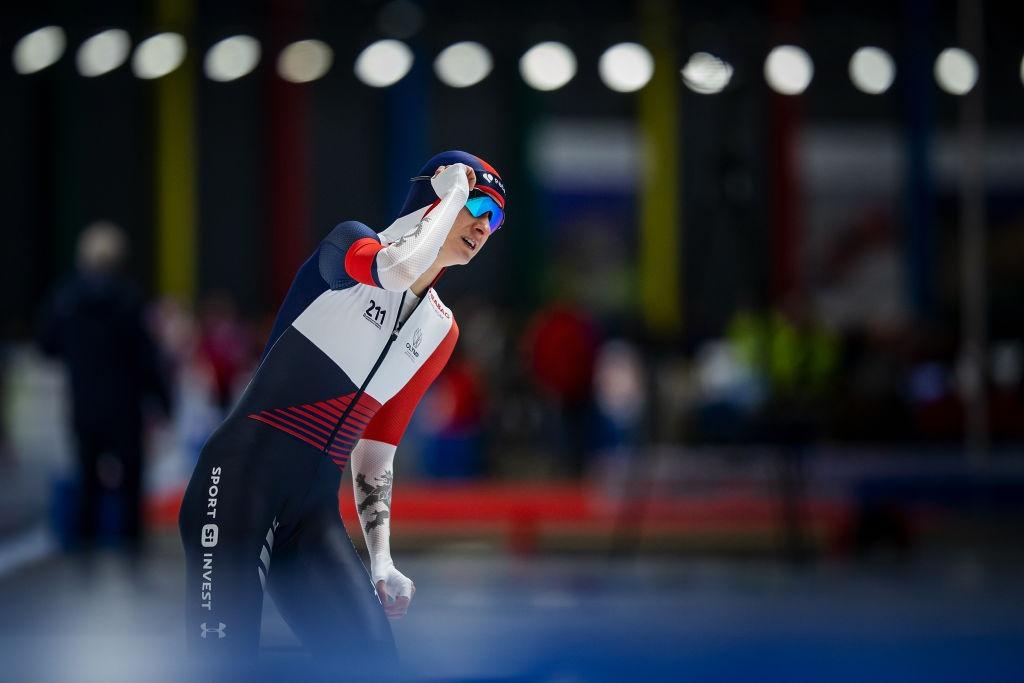 The second day of the Nagano ISU World Cup finishes with the ladies' 3000m. With Canada's Ivanie Blondin and Isabelle Weidemann (CAN) in the mix, the ladies' long distance ISU World Cup has become more competitive than ever, but Martina Sáblíková (CZE) is still on top of the ranking. 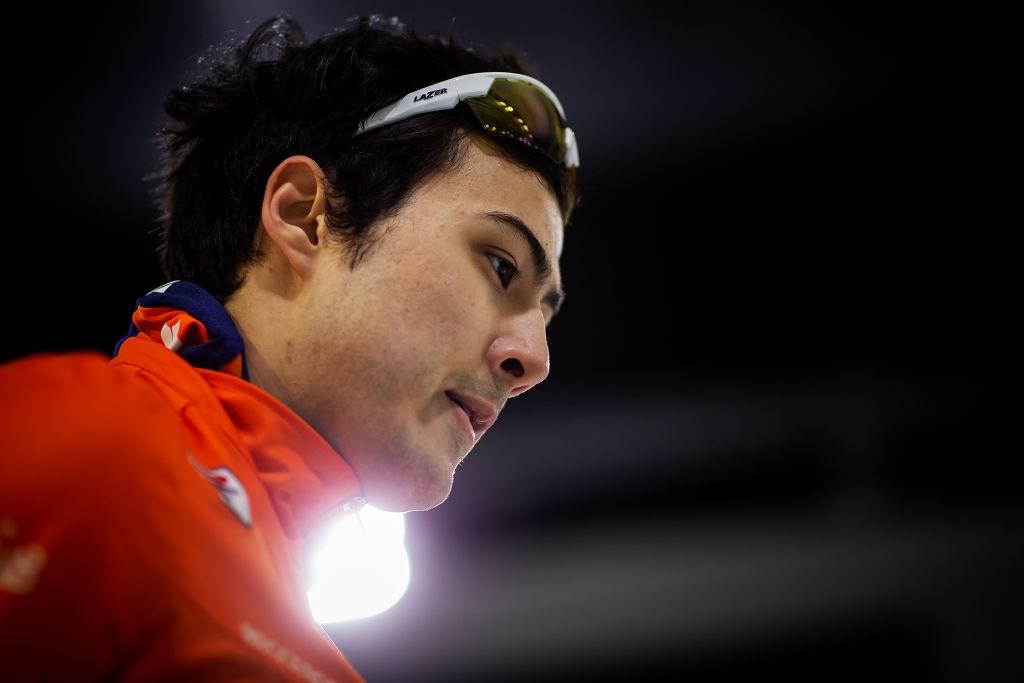 The final day in Nagano begins with the second 500m for ladies, followed by the men's 1000m. Thomas Krol and Kjeld Nuis (NED) have dominated this event so far this season, with compatriot Kai Verbij close behind. The three Dutchman swept the podium in Nur-Sultan, but Krol and Nuis have not travelled to Japan for the fourth ISU World Cup Speed Skating. Verbij will be present in the homeland of his mother to start as one of the 1000m favorites.

China's Ning Zhongyan, who won the 1500m in Kazakhstan is among the other contenders, together with Viktor Mushtakov, Ruslan Murashov, and possibly Pavel Kulizhnikov.

Will Japanese ladies put the winning team back together? 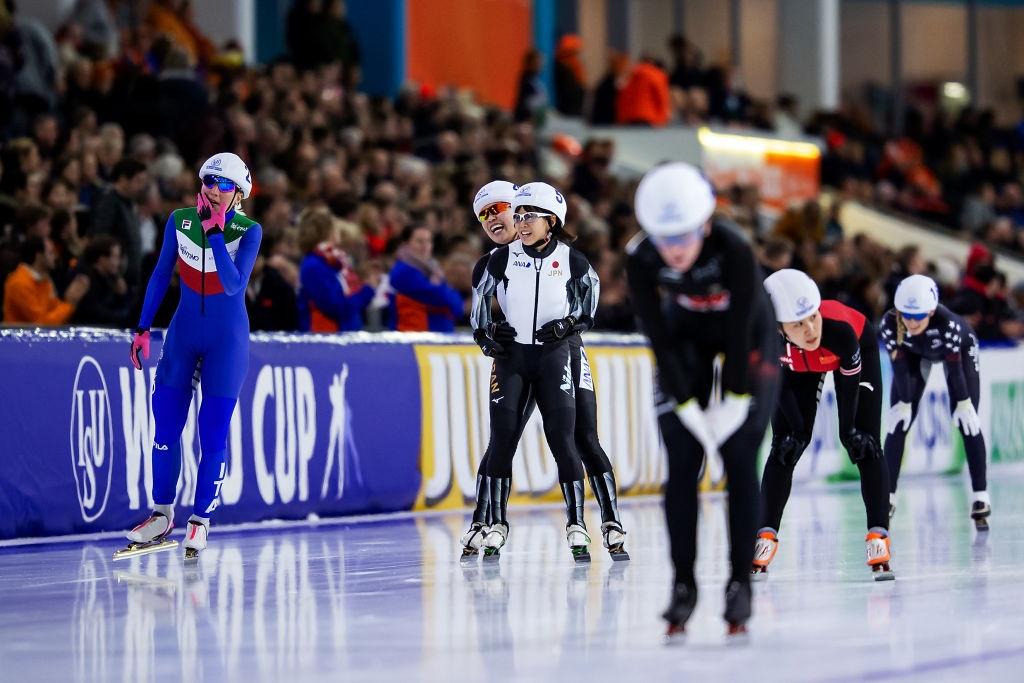 In Nur-Sultan Antoinette de Jong (NED) was a bit frustrated when the Dutch ladies seized another silver medal in the Team Pursuit. "We have a silver medal subscription," she said. Canada seized gold with Ivanie Blondin, Valérie Maltais and Isabelle Weidemann. Without De Jong, Ireen Wüst, and Melissa Wijfje the Dutch are not expected to challenge Canada in Nagano.

Japan could be a contender however. With Ayano Sato joining the Takagi sisters Miho and Nana the Olympic Champions were almost unbeatable over the past three seasons. But Sato did not skate in Tomaszów Mazowiecki and all three were absent in Nur-Sultan. Nagano could be the perfect place to get the winning team back together.

The Nagano ISU World Cup Speed Skating concludes with the men's 5000m and the men's long distance event has been a one-men-show so far this season. Jorrit Bergsma (NED) challenged compatriot Patrick Roest in the 10,000m in Kazakhstan last week, but the ISU World Allround Speed Skating Champion countered ferociously, taking his third long distance gold of the season after already having won the 5000m in Belarus and Poland.

Roest did not travel to Japan, however, because he wants to focus on qualifying for the ISU European and World Speed Skating Championships at the Dutch national championships in Heerenveen (27-29 December), leaving the field open to Russia's Aleksandr Rumyantsev, Danila Semerikov and Denis Yuskov.