Tatsuya Shinhama (JPN) secured the 500m World Cup at the ISU World Cup Final in Heerenveen on Sunday, and thus became the first Japanese male skater to win this title since the legendary Hiroyasu Shimizu in 2001. Kjeld Nuis (NED) finished his rollercoaster season by beating teammate Thomas Krol to take home the 1500m World Cup title with a new track record, and Bart Swings (BEL) edged out Joey Mantia (USA) by one point to grab the mass start World Cup title. The action-packed final day of the season concluded with Li Qishi and Kahanbai Alemasi (CHN) winning the first ever Mixed Gender Relay in speed skating. 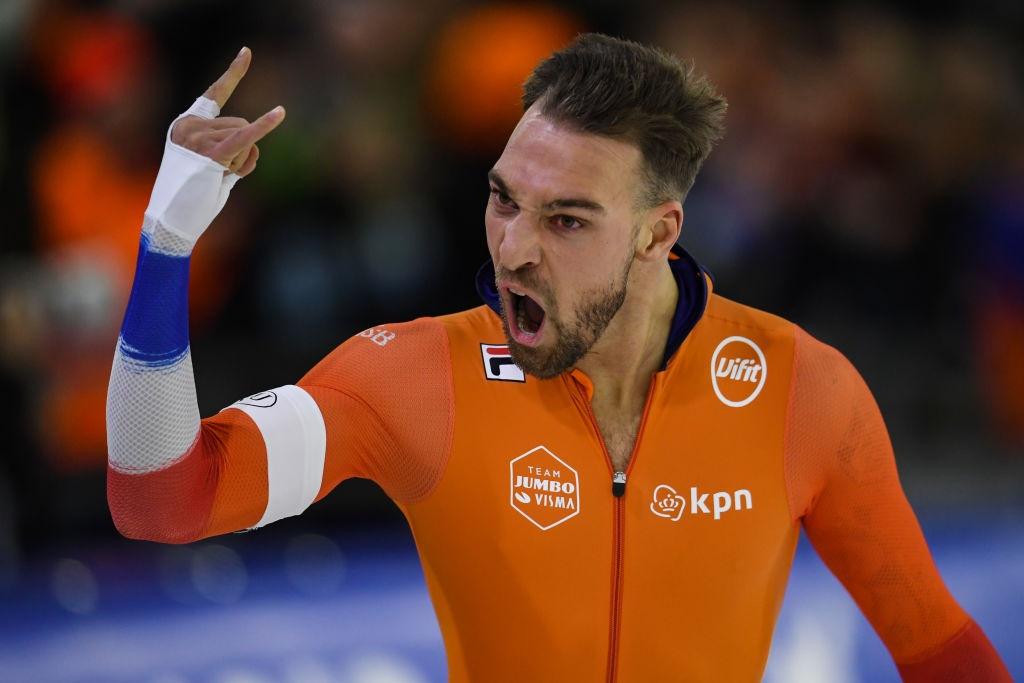 Going into the final 1500m race of the World Cup season, Ning Zhongyan (CHN) was on top of the ranking but the 20-year-old Chinese prodigy was not able to keep up with the big guns in Thialf.

Ning had to settle for fifth, in 1:45.69, and took second place in the final ranking.

"Before this competition, I encouraged myself to do the best I could and after the race I told myself not to be too upset," Ning said.

"Of course, I'm a little bit disappointed, but before [this season] I would not have expected to be able to win this competition at all."

Nuis had gone into the season expecting to have a shot at the 1500m World Cup, but a severe bout of flu set him back physically in December and his return had been tough in January.

At the World Single Distance Championships in Salt Lake City in February, Nuis announced his return to form, becoming 1500m World Champion, but at the World Cup final in Heerenveen he had to concede the 1000m World Cup title to Thomas Krol.

In Sunday's 1500m, the Dutch teammates were matched in the fourth of six pairings and Nuis settled the score after Saturday's disappointment.

"Yesterday I was strained. Ben [coach Ben Jongejan, NED] told me that I was way too negative.

"We looked back at the footage of yesterday's (1000m) race, something I've never done before, and then I decided to just relax and skate well today. I really owe this one to my coach."

With his gold medal Nuis also took the World Cup title, leaving Ning 26 points behind, and Krol, who came second in 1:43.30, 33 points behind in third place.

A disappointed Krol said: "I skated a very good race myself, so no regrets there, but I have to bow my head to the better skater today, unfortunately. Thanks to Kjeld I have missed quite a few beautiful prizes this season." 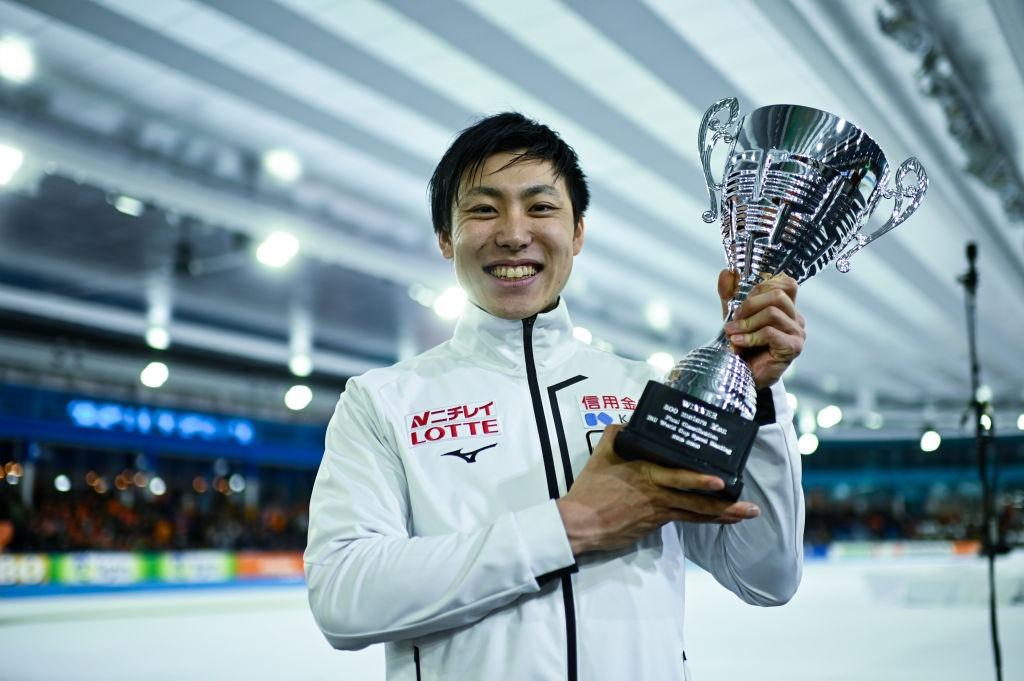 On Saturday Tatsuya Shinhama (JPN) had equalled the track record of 34.31 in the 500m and he knew that he could go faster on the Thialf rink. On Sunday he showed how much faster that was.

The fresh World Sprint champion smashed Michel Mulder's (NED) 2013 mark, which had been equalled by Pavel Kulizhnikov (RUS) in January, by a 0.24 second margin.

"I wanted to skate a track record," Shinhama said, "but I had never imagined to be able to skate a time like this."

Shinhama was the second Japanese male sprinter to win the 500m World Cup and the first since three-time winner, the legendary Hiroyasu Shimizu.

"Before this weekend I had not thought it possible because I was in third place. I had to win both 500m races here to pull it off. This title means a lot to me."

Russia's Viktor Mushtakov (RUS) had to settle for second place in the World Cup ranking after finishing fourth in 34.38 on Sunday.

Laurent Dubreuil (CAN) finished third in the World Cup ranking. The Canadian had already lowered the 500m track record by 0.01 to 34.30 seconds before Shinhama took the ice, and eventually took silver on Sunday.

"My race was very, very good, but after seeing Shinhama already equalling the track record yesterday. I knew he had a good shot at beating me, but he still had to do it. And even if he did it, I skated a pretty good race myself.

"I was shocked by his 34.0 – there was no way I could have skated that time myself here today." 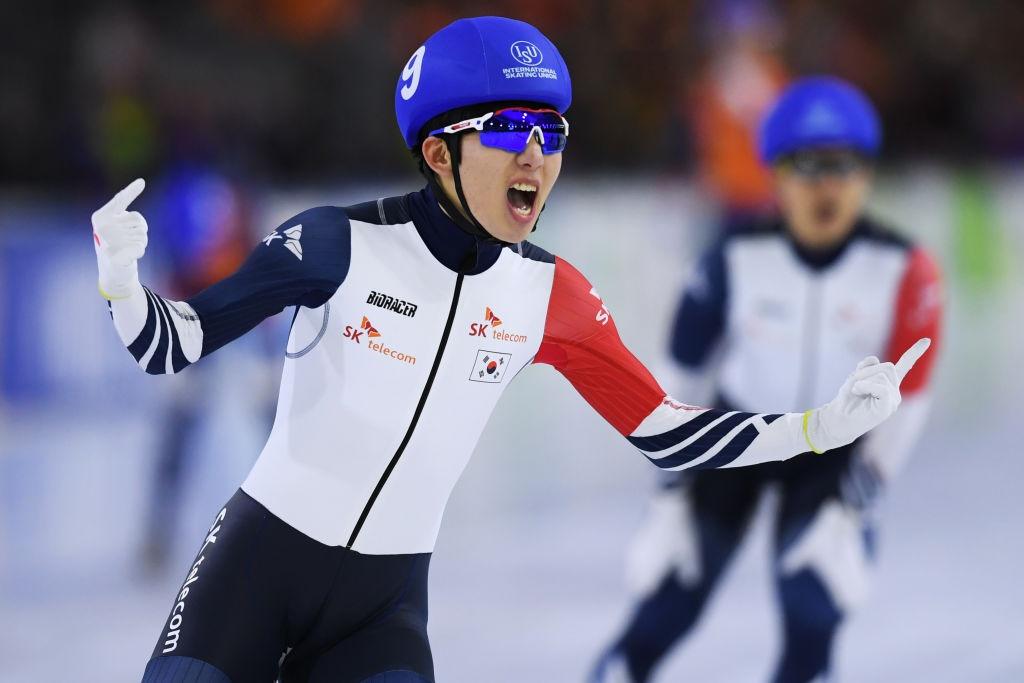 The men's mass start season came down to one point in the final sprint of the concluding event.

The long season had taken its toll of the riders in the bunch, who did not seem eager to make a tough fight of it in Heerenveen on Sunday.

Dutchman Jorrit Bergsma (NED) did not want to let the home crowd down, however, and tried his luck with an escape with two laps to go.

World Cup leader Joey Mantia (USA) chased him down in the final lap, but eventually paid a high price for his effort.

On the final straight, Jae-Won Chung (KOR) came from behind Mantia's back to win the race, with Bart Swings (BEL) also overtaking the American to come second.

With his bronze medal, Mantia was just one point short of holding off Swings for the season's mass start World Cup title.

"I went in pretty optimistic," Mantia said. "But I think what happened today was just lack of fitness over the past three weeks. I definitely did not watch my diet after the Worlds [World Single Distance Championships in Salt Lake City]. I got a little relaxed and I think my fitness pays for it.”

Chasing down Bergsma had been a bold move, he admitted.

"I thought if I don't do it, nobody will. I think I gave Jorrit a bit too much credit in terms of speed and I caught him quickly. Then I couldn't just sit behind his back because we were in the final lap already, so I passed him but then I started to run out of steam a little bit."

Swings had relied on his bunch skating experience to eventually take home the World Cup.

"I knew I could win it, but I did not think too much about winning, or the podium, or the overall. I just wanted to have a really good race to finish on the podium and then see what the final result was.

"I really love the mass start. I come from inline-skating and the tactic is similar. I like that game."

The action-packed weekend in Heerenveen concluded with the innovative Mixed Gender Relay on Sunday.

China's Li Qishi and Kahanbai Alemasi will go down in history as the first winners of the new event, which was much appreciated by the skaters who participated.

"I do like it," Ivanie Blondin said. The Canadian took third place with compatriot Antoine Gélinas-Beaulieu.

"It's a fun race, interesting. We practised it twice and it went OK. It could become a serious event on the programme. After all, the mass start and the Team Sprint also started like this."

Speed Skating Season comes to a close with novelty in Thialf

In Focus: The best pictures of the ISU World Cup Speed Skating - Calgary (CAN)