“I’m super excited and grateful to be here and skate against the best in the world,” said USA’s Brittany Bowe after winning the ladies’ 1500m in Heerenveen on Saturday, voicing the feeling of many skaters, especially those from outside Europe, at the first ISU World Cup event of the season. Femke Kok (NED), who took bronze at last week’s European Sprint Championships, collected gold in her favorite 500m and Irene Schouten (NED) won the Mass Start by outsprinting Ivanie Blondin (CAN) in the final lap.

Bowe started the second day of the first World Cup in the Heerenveen Hub with a personal best time in the 1500m at the Thialf track: one minute and 53.88 seconds. Reigning World, European and Olympic champion Ireen Wüst (NED) needed 0.69 seconds more to finish the distance and took silver, with last week’s European Allround champion Antoinette de Jong (NED) 0.13 further behind in third.

“I came into that race really confident,” 32-year-old Bowe said. “”But you never know what you’re going to get or give at World Cup level. For that to be the fastest time I ever did in Thialf, it goes to show that I’m really strong.”

Like so many others, Bowe’s preparation for the season was restricted by the pandemic, but she did not want to complain. “We had to wear masks in training and only at times where we gave full effort were we allowed to take it off. You just kind of adapt and go. Anytime I started feeling sorry for myself, I would think of the Canadians who had no ice [the Calgary Olympic Oval was shut down in September due to a mechanical malfunction]. Someone’s always got it worse than you.”

Wüst shared Bowe’s excitement about being able to compete in the World Cup again, skating her first international race of the season after not qualifying for last week’s European Championships. “In the Netherlands we had the opportunity to skate national championships before, so compared to others we were fortunate, but I’m just so happy that the international season has finally started,” she said. “I’ve missed this so much. I’m happy to see all my international colleagues again.”

Although she did not think it was perfect, Wüst was satisfied with her race. “It could have been better. My opener was all right, but the 28.5 [second] full lap that followed is a little too slow. The remainder of the race showed that my stamina is good, so I’m happy for now.” 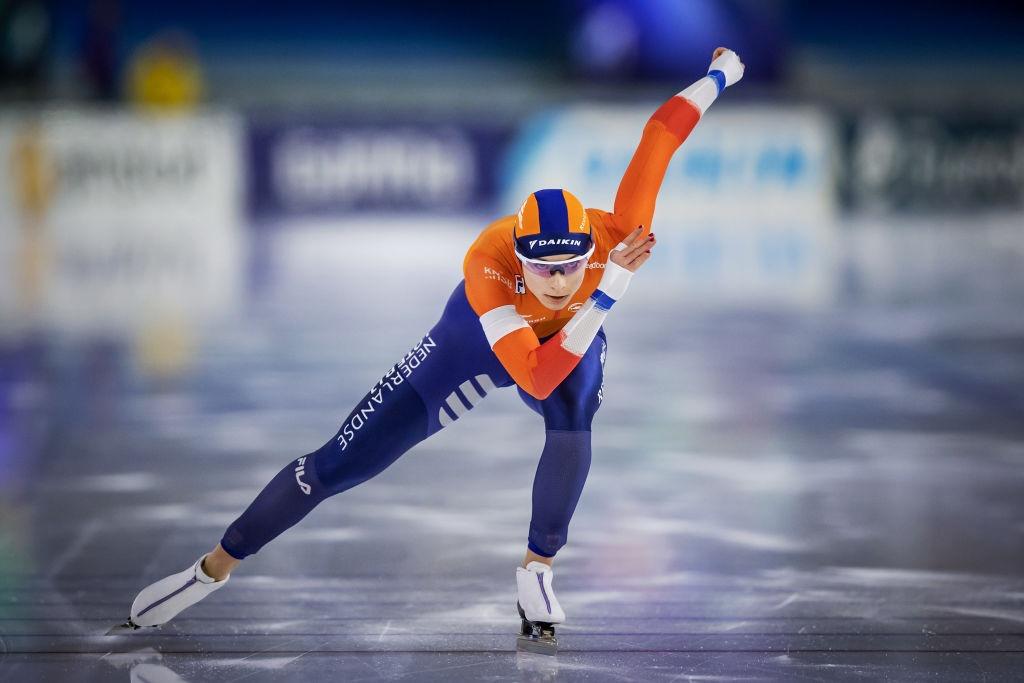 With a total of nine personal bests in 14 pairings, the ladies’ 500m was fast and Femke Kok was the fastest. The 20-year-old Dutch prodigy equalled her personal best time of 37.08 seconds and left Russia’s Angelina Golikova 0.21 seconds behind.

It earned Kok, who made her senior international debut last season when still eligible as a junior, Netherlands’ first World Cup gold in the 500m since 2011. “You sometimes see that the transfer from junior to senior is very difficult, but for me it went very well,” she said “I’ve made great progress and I feel really well in my team.”

Behind Kok and Golikova, Heather McLean (CAN) set 37.36 to take her first individual World Cup medal since the 2015/2016 season. Like the Canadian Team Pursuit ladies, who took gold on Friday, she defied all the adversities she and her compatriots had to deal with in the run-up to the season.

“I think we have been building a lot of mental strength over the whole last quadrennial,” she said. “Our team support and our team work ethic has been really strong and I think that showed at last year’s World Championships already. This season, when we knew things weren’t going well and the ice plant broke down and we couldn’t train, we used the mental strength to keep training, because we knew the Olympics were coming and nothing can hold us back.” 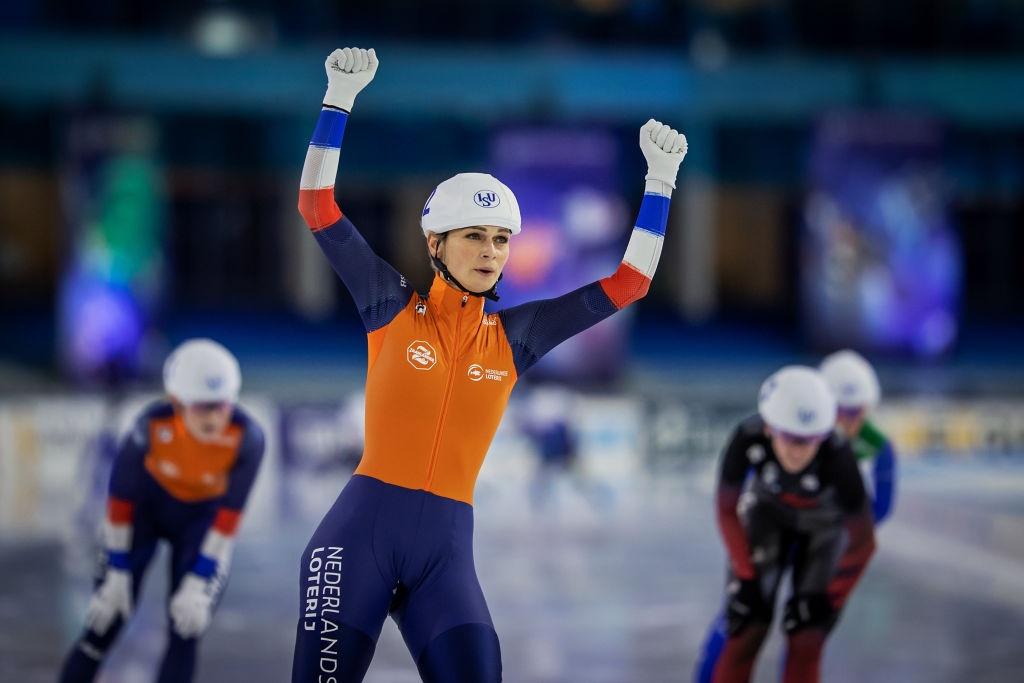 In the Mass Start Canada’s Ivanie Blondin tried to emulate her victory in Friday’s Team Pursuit, but had to settle for silver. Irene Schouten (NED) outsprinted her in the final lap after an uneventful race. Marijke Groenewoud set up team-mate Schouten for the final sprint, with Blondin in third, when the pack headed into the final corner.

“Marijke gave me a very good lead-out,” Schouten said. “It’s the first time we did it together like this and it went very well. Beforehand we had even planned that Marijke could also make the podium if she would pull through after handing over to me.”

Groenewoud indeed managed to pull through and took home the bronze medal.