With all the big guns yet to come no one expected Kim’s time to hold. But none of his rivals managed to beat the 2019 Four Continents Champion although Ning Zhongyan came close, finishing only 0.03s adrift. 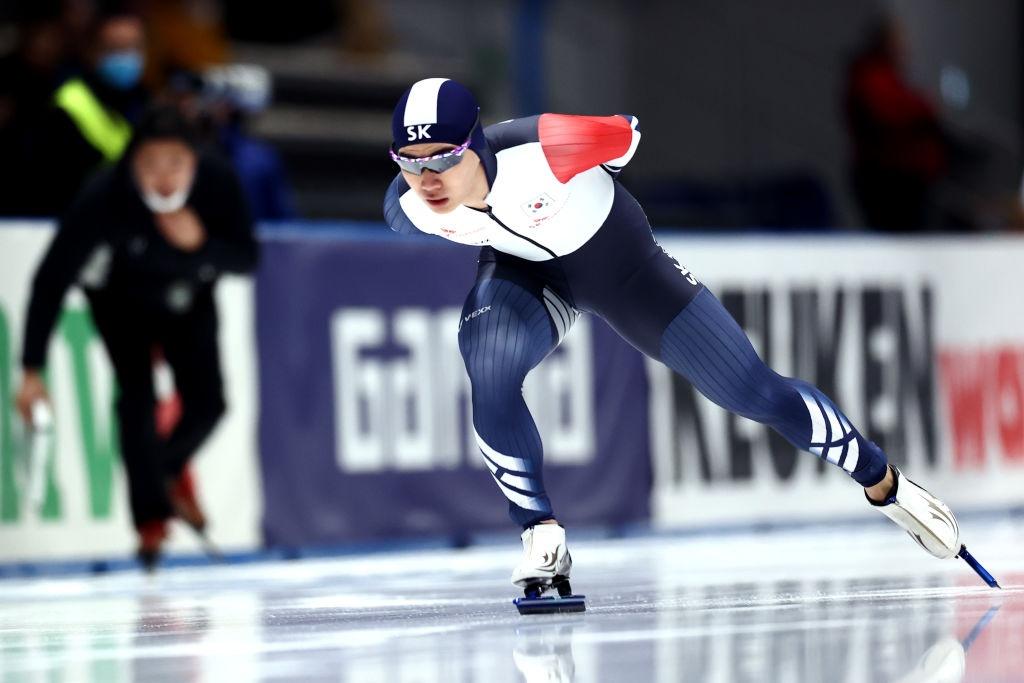 The Chinese silver medal winner was happy to start the season on a high.

“Since Covid-19, about 20 months, I haven't been racing at international level,” he said. “This is the first competition and I just want to find my style again. I really love to be back on the road again.

“It feels great to be on the podium and it looks good for the future World Cups.”

Those World Cups are a stepping stone for Ning this season.

“We’ve got the Olympics in my home country. From now on there is only 80 days left. So we will do all we can to perform well in Beijing.”

“I always thought that I have the ability. This year I focus heavily on the specifics and it's coming together so I have all the tools now to win.” 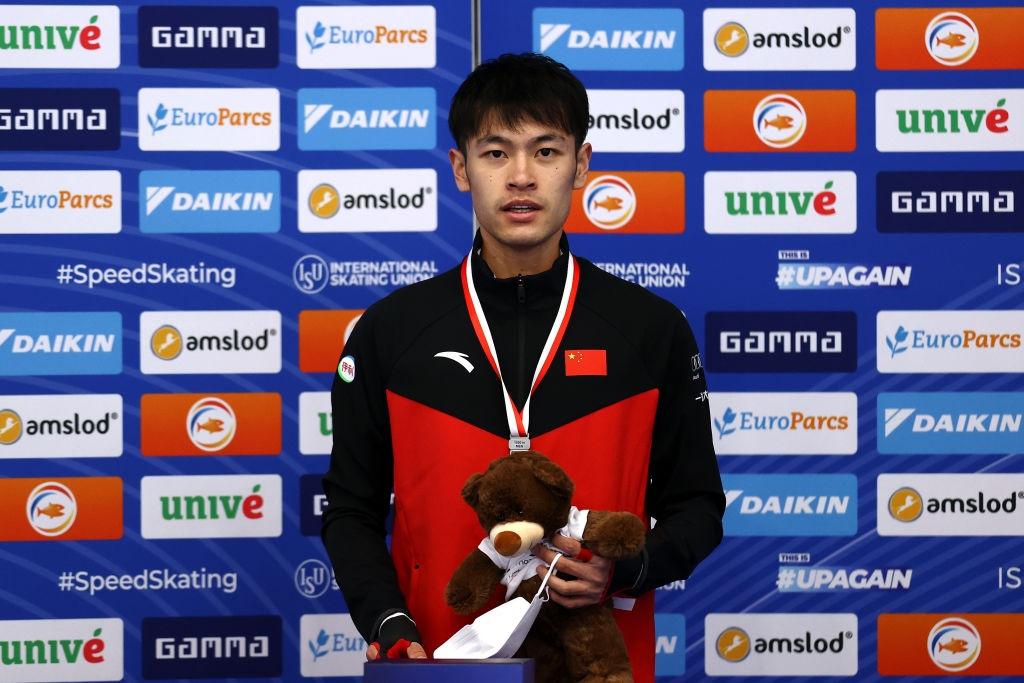 Dutchmen Thomas Krol and Kjeld Nuis (NED) dominated the 1500m over the past couple of years but they were fighting each other out of the medals.

Getting into the final backstretch, they were level, with Nuis having priority coming from the outer lane. Both were hesitant, Krol made room for Nuis but the damage was done already. Nuis took sixth place in 1:47.06, while Krol finished 16th in 1:48.58.

“Those guys are pretty uncomfortable,” Mantia said. “I don't know if it's coming in later, they didn't look themselves.

“I don't really pay too much attention to who I'm beating and you know, it’s irrelevant at this point. I'm just happy that I'm on the podium and skating well for myself.”

Being on the podium, Mantia followed in the footsteps of fellow Floridians Brittany Bowe and Erin Jackson, who won gold in the Women’s 1000m and 500m. 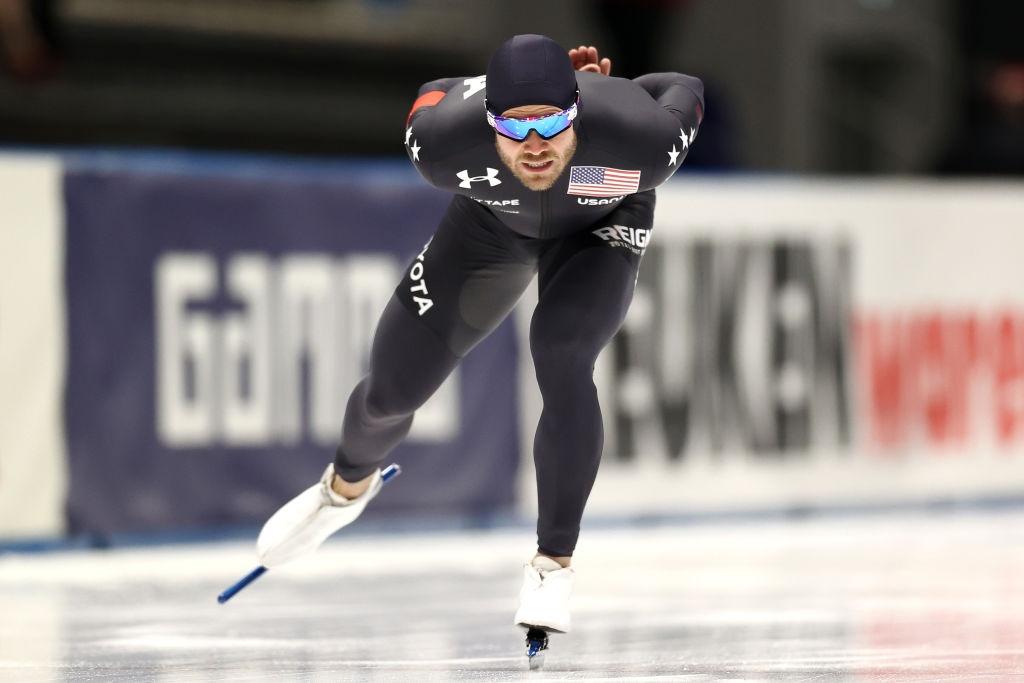 “I'm just trying to keep up with them. I'm old, trying to do my thing and trying to make Florida proud like they are.”

The men’s Mass Start race was unusual. Masahito Obayashi (JPN), Ruslan Zakharov (RUS) and Zbigniew Bródka (POL) set up an early escape and caught up with the pack again, which led to some confusion among the skaters.

Bródka had retired from Speed Skating in 2019 only to come back for one final Olympic campaign. 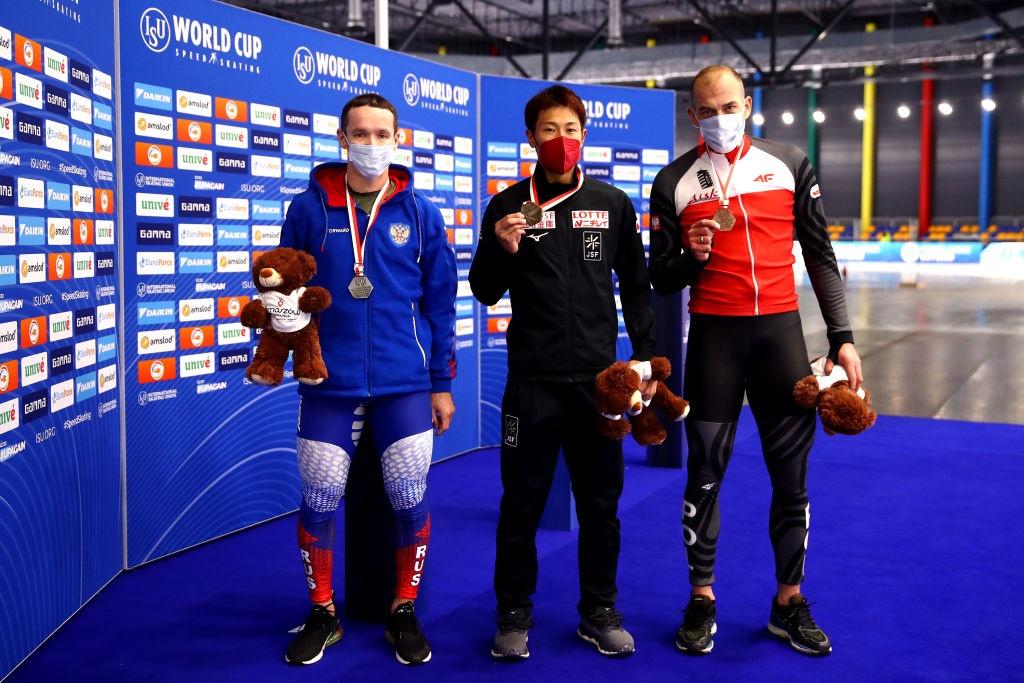 “It’s Beijing,” the 37-year-old explained. “I skated my first World Junior Championships in Short Track in Beijing back in 2003, so with the Olympic Games in Beijing next year I have to come back one more time.”

Although the pinnacle of his career was Olympic gold in the 1500m at the Games in Sochi in 2014, Bródka thinks his best chance for an Olympic medal next year is in the Mass Start.

“That’s better for me now, I’ve got a better chance to go to the podium. In the 1500m there’s more people with podium chances.”