After a pulsating start to the Short Track season in Calgary, the racers hop over to Salt Lake City’s Utah Olympic Oval for the second ISU World Cup Short Track Speed Skating meeting of the season this weekend (November 9-11). 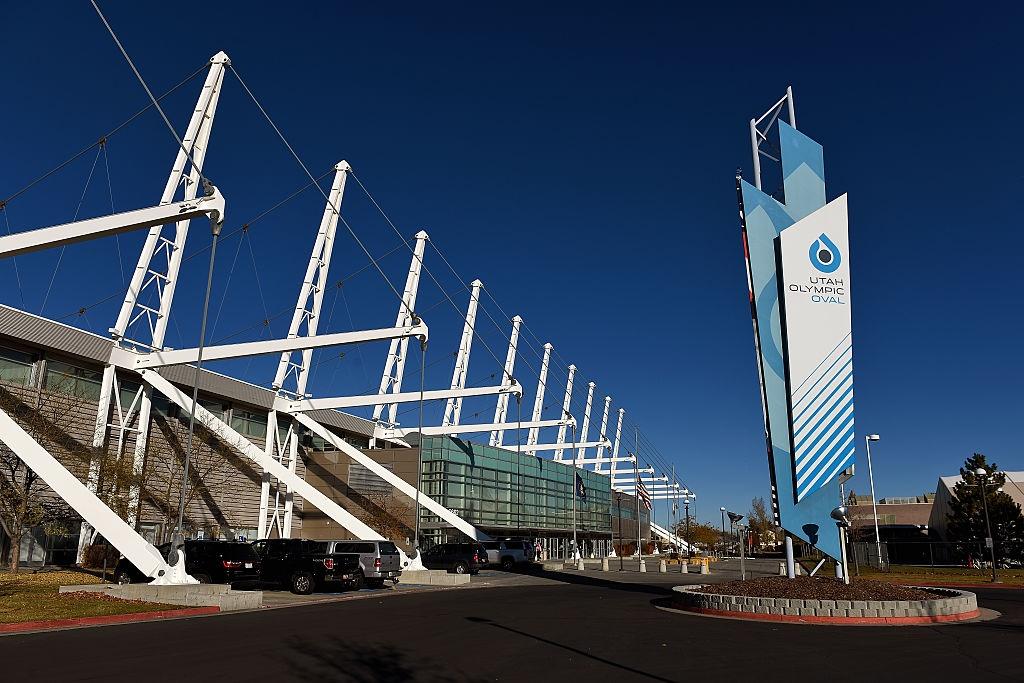 Calgary gave an early indication that new talents are emerging in the sport, while some of the bigger names are pacing themselves in slowly. Some things weren’t surprising: Wu Dajing (CHN) won the 500m that he was strong favorite for, and remains the king of the oval’s short distances. He’s in his pomp, and knows it, too, saying: “I knew they wouldn’t be able to catch me.” The likes of Shaolin Sandor Liu (HUN) and Kim Gun Woo (KOR) will have to find the perfect time to attack if they’re going to beat him in Utah.

Natalia Maliszewska (POL) also looked ruthless in the Ladies’ 500m. Suzanne Schulting (NED), meanwhile, rolled her wonderful Olympic form over to the Canada meeting, winning the 1500m by a whisker, but utterly dominating the 1000m field. You can’t doubt her when she declares: “Right now, things are perfect.” More medals this weekend seem almost inevitable for the Dutch dynamo.

The highlight of last weekend was, perhaps, the world record-shattering 5000m Relay performance from Hungary. Brothers Shaolin Sandor and Shaoang Liu (HUN) are at the heart of a quartet that takes this discipline seriously, and trained relentlessly to win PyeongChang 2018 Olympic Winter Games gold in it back in February. Although Cole Krueger is the newest edition to the Hungarian squad, his experience has contributed to the success of the team and Csaba Burjan completed the record-breaking Relay Team as they beat the fastest time for the distance, notching 6:28.625. “I went to hug my brother, and was like, ‘Oh my god, how did we do that?’” said Shaolin Sandor afterwards. On Salt Lake’s famously fast ice, could they go even faster? Expect challenges, as ever, from Sjinkie Knegt’s fearsomely competitive Dutch foursome, and the Republic of Korea.

Elsewhere in Calgary, there were unexpected results – and new names to take note of for Salt Lake City. A cohort of young, bold skaters is always snapping at the heels of the favorites. Nineteen-year-old Kazuki Yoshinaga (JPN) dazzled to win the Men’s 1500m, while Courtney Lee Sarault (CAN) showed that her form at Junior level would also translate to the Senior stage, winning silver in the 1500m.

Alyson Charles (CAN) meanwhile, threw down a marker as one to watch this weekend – and season – grabbing three medals from her first World Cup. “If someone had said that I’d end up with three before this weekend, I’d have been like, ‘Are you crazy?’” she admitted. Whether Canada’s strong overall showing was down to a home-ice advantage, or the pattern is set to continue, will be partly answered in Salt Lake.

Lara van Ruijven’s (NED) resurgence was also a pleasure to watch, and will have boosted her confidence. Her triumph in Sunday’s Ladies’ 500m (2) sprint shocked the athlete herself as much as anyone: “It’s been three years since my last World Cup (individual) medal, so to finally get one again is unbelievable,” she said.

For others, Calgary was a case of brushing off the cobwebs. Twenty-year-old Choi Min Jeong (KOR), winner of three of the past four overall World Championships titles, had a quiet start to the term, blaming too much time off after the Olympic Games. Her rivals shouldn’t be misled, however. Choi’s plan is to “be ready for the World Championships next March”. She will no doubt start gradually flexing her muscles, perhaps this weekend.

The Utah Olympic Oval, welcoming the event, is a storied venue in skating: used during the 2002 Olympic Winter Games, nine long-track Speed Skating world records were set during that tournament. Known for its fast ice due to the altitude and quality of the ice, setting new personal bests, national records or even world records are not a rare occurrence in this venue. This weekend’s competition will feature 500m, 1500m and two 1000m races for both genders. There will be a 3000m Ladies’ Relay, 5000m Men’s Relay, and a 2000m Mixed Gender Relay, which will make its Olympic debut at the Beijing 2022 Games. World Cup points will be scored, determined by finish and after just two events, the World Cup classification will already give an indication who the future kings and queens in each distance could be.

Events will be live streamed on the ISU Skating Channel (geo-blocking may apply in certain territories) additionally some, live streams will be available in certain territories on social media platforms. Follow us on social media to find out more and take part in our campaign which aims to put athletes in the spotlight and bring fans closer to the action. Feel the speed of Short Track. This season, keep #OneHandDown.

Where can I watch ISU World Cup Short Track Calgary?

Canada’s female skaters adjusting to changing of the guard