Short Track Speed Skaters are an interesting bunch so it’s no wonder that when they hang up their blades, they end up in a wide variety of innovative careers…

Twice an Olympic Champion and a six-time overall ISU World Champion Short Track Speed Skating – titles she won consecutively between 1997 and 2002 –Yang rivals compatriot Wang Meng as the most successful female Short Track Speed Skater of all time and has remained a high achiever since retiring. Yang was an IOC member from 2010-2018 and, in 2019, became the first Chinese vice-president of the World Anti-Doping Agency. “I feel very proud not just for myself, but also for China,” says the 43-year-old.

The Seattle athlete won eight Olympic medals and has stayed in the public eye since retiring in 2010. Ohno has worked as a commentator on his sport, set up a successful nutritional supplement business – and won the reality TV show Dancing with The Stars. He also hosted the gameshow Minute to Win It. His philanthropy has also helped fight HIV/AIDS and promote math and science.

China’s Wang was a solid racer but has found more success off the ice than he did on it. After retiring aged 24, he became an equipment designer, creating blades that have been worn by top athletes including Elise Christie, Wu Dajing and Speed Skating’s Zhang Hong. In 2018, he sold 10,000 pairs of his boots. Wang has also designed roller blades and a range of sportswear.

Seems like ages ago! March... how little did we know! We were simply enjoying a photo shoot to promote group classes 😜 happy, silly, having fun, being creative... love these people !!!

The three-time overall ISU World Short Track Speed Skating Champion, Olympic gold medal winner – and Canada’s flagbearer at the Albertville 1992 closing ceremony – has had a huge effect on sport in her country as a mentor and spokesperson. Lambert is currently the chair of the ISU Technical Committee (a key part of running the sport), as well as director of sports programs and communications at the MAA Sports Club in Montreal. She’s also a qualified spin instructor. 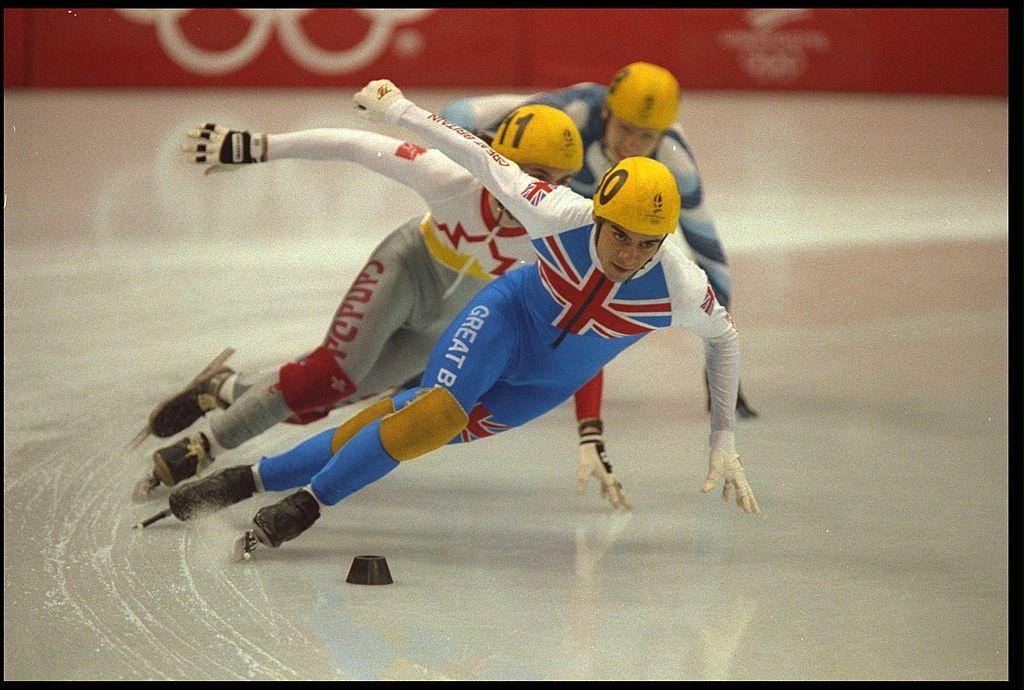 The British two-time Olympic gold medal winner at Calgary 1988, when Short Track Speed Skating was a demonstration sport, is helping to create a new generation of champions – in the Netherlands. Since 2006, he’s worked as a coach for the Royal Dutch Skating Federation, helping to massively expand the country’s Short Track Speed Skating program and develop expertise at their HQ in Heerenveen – benefiting the likes of Suzanne Schulting and Sjinkie Knegt. He is now the squad’s discipline manager.

Blair is the USA’s most successful Speed Skater ever, bagging five Olympic golds. She has remained deeply involved in the US Olympic movement since quitting competition in 1995. An ambassador for the non-profit organization Right to Play, which empowers children worldwide, Blair was on both the US Speedskating board of directors and the Sochi 2014 delegation. She works as a motivational speaker and serves on the board of the Pettit National Ice Center in Milwaukee. Her daughter, Blair Cruikshank, is an up-and-coming coming skater, too.