A year ago, life seemed good for Kyle Ross-Waddell: the young Short Track Speed Skater had made his debut on the ISU World Cup circuit, and was being mentioned as a potential candidate to make the Great Britain team for the Beijing 2022 Olympic Winter Games.

Last October, however, the athlete from Nottingham started to suffer with mental health issues – exacerbated by the COVID-19 pandemic.

“It was a difficult season anyway, with competitions getting cancelled, and it felt like we were training for nothing,” says Ross-Waddell, 19. “I wasn’t enjoying things. So I spoke to the coach and took a bit of time away from the sport. I needed a break from training, but then I got worse.

“I was refusing to get help but my mum has suffered from depression herself and she said, ‘I’m not leaving the room until you see a doctor’. I was eventually diagnosed, and initially didn’t know whether to go on medication or not. It can make you worse sometimes. I was in my bedroom for 24 hours a day, only coming out for food.

“Then I got to the point where I was self-harming. It’s scary now to think that I did that, and it was scary for my parents. It was a very low point.”

Ross-Waddell is now feeling like he’s on the road to recovery – thanks to supportive teammates, family, and professional help.

“I saw a psychologist, and he has been a lifeline. I feel like he has saved my life. He’s helped in every single way, and he’s got me back into the sport.

“I’ve got back to the positive actions of having a structure to my day –  waking up at a normal time, eating regularly, and working out thoughts about self-harm. Most of all, it’s important to open up to someone, you need to speak to someone who understands, when you feel like I did.”

His teammate, 2017 World Champion Elise Christie, has also been a huge help. “I used to be scared to talk to Elise because I thought she was so famous,” says Ross-Waddell with a laugh. “And she’s a big hero to me.

“But she was the first person I told about my self-harm, and she spoke to the coaches for me, and then they spoke to my parents. Elise knows what I’ve been through. She checks in with me, to make sure I’m eating enough and doing well. 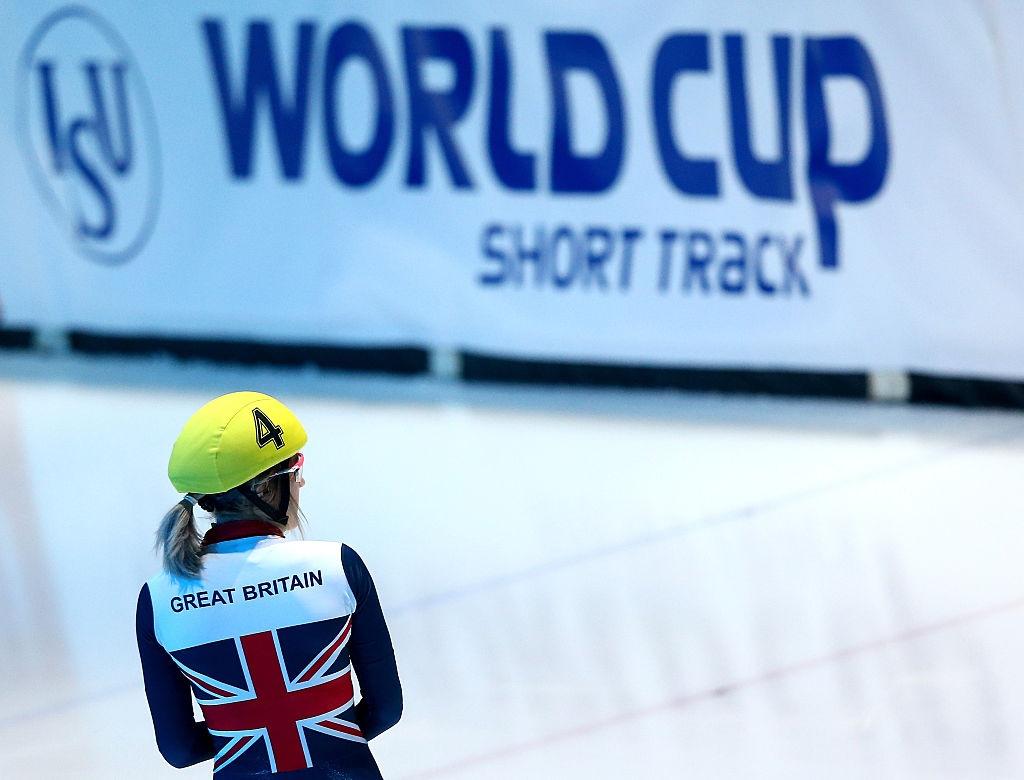 “Hearing what Elise has been through, and to see she’s still fighting, and going for her dream, she’s incredible, to be honest. She’s a really nice person and she’s been a big part of helping me through depression.”

Ross-Waddell is getting back on track – slowly – and recovering his love of the sport.

“I know there will be hard days,” he says. “I’m at the bottom of the group now, when I was nearer the top, and it’s taking time for the fitness to come back. And a lot of people didn’t know about my depression. So when I came back into the group, they’d have been thinking, ‘Where has this guy been?’.

“Over the next season, I will have a good think about my future in the sport as I get my fitness back. I’ve already got a lot out of Short Track. Even if you haven’t achieved that much, you’ve learned so much you can take into normal life.

“I’m so proud that I have raced for my country, and competed against those top guys – it is crazy how quick they are, to even stand on the line with them is amazing. You’re learning from the best, and traveling the world, you can take so much from the experience.

“Beijing 2022 might be out of sight for me now – I’d be happy just to make the team for the qualifiers. But you never know what’s going to happen in sports, it could still happen. We are a young team and I think there are a few athletes there who could shock the world. There’s a good pool of British talent.”

In the meantime, Ross-Waddell believes that being open about mental health is the best way to help improve it. “It’s still an issue for people to feel comfortable coming out and saying they’re not feeling well,” he says. “And maybe men struggle more than women to open up. But once you’ve got past that first step, it’s so much easier, because someone else knows how you feel.”

This is UpAgain: A Speed Skating documentary premieres in ISU Newsletter on July 2, 2021