Switzerland is a winter sports superpower, its all-conquering Alpine skiers in particular having a rich history in Olympic Winter Games. The nation has had success in Figure Skating and Speed Skating, but is yet to win a medal in Short Track. How can this be in a land packed with ice rinks? Thibault Metraux explains.

“It’s mainly because of ice hockey,” said Switzerland’s sole representative on the senior ISU Short Track circuit last year. “Every town in Switzerland has a team, and the kids all play it. So there isn’t much chance for people who want to do Short Track to get on the rink. The order is hockey, then Figure Skating, then Speed Skating. 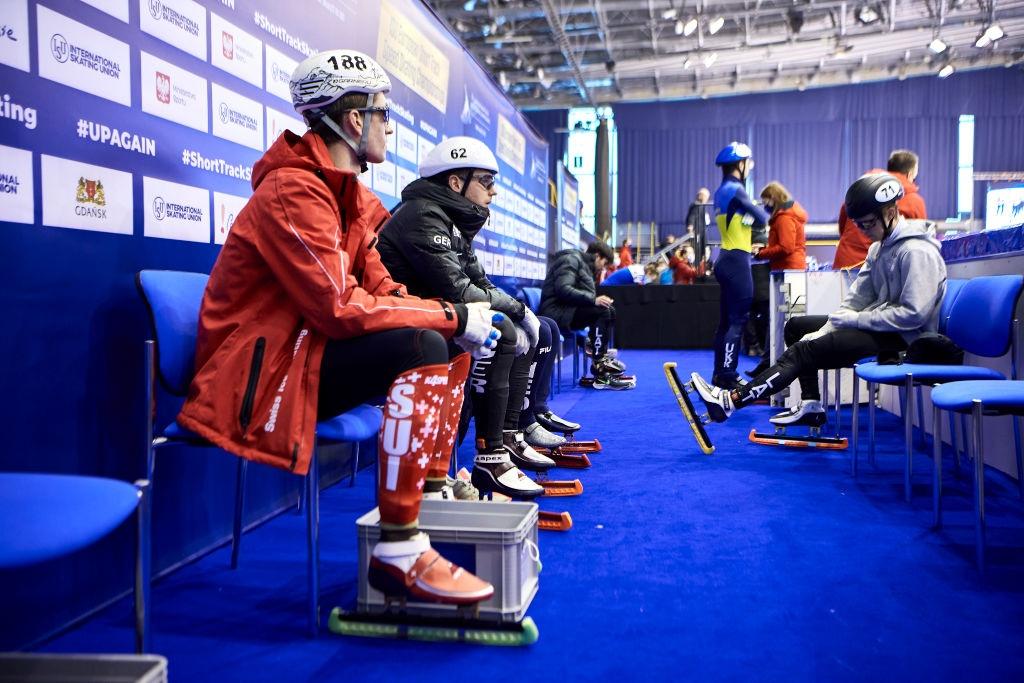 “I started out playing hockey myself, and doing athletics. But then I got a letter inviting me to try out Short Track, and I really loved it. I liked the speed, the excitement.”

But things are improving in Switzerland. The 19-year-old, who lives in Leysin, close to the Olympic capital of Lausanne, where he trains, said: “The ice guys in Lausanne are really kind to us, and make time for us to skate. So it’s better now, we are starting to expand the Short Track team a little bit.”

The rough nature of ice hockey means Metraux is not daunted by the cut and thrust of overtaking.

“When I started out, I got too many penalties in Short Track, because I played hockey. But I got used to it. I still like the battle on the ice. When the gun goes, it is like a movie, you’re just going as fast as possible to get to the finish.”

The Lausanne 2020 Winter Youth Olympic Games was a huge moment for him: “It was amazing because we never normally get to race at home. A lot of friends and family came along to see me, and when I got to the start line, there was a huge noise with people cheering for me, for Switzerland. My legs got a bit wobbly from hearing that. The whole experience was crazy, one of the best of my life.”

Being in a two-person squad, alongside female skater Alexia Turunen, is unfamiliar, too, according to Metraux. “When I go to the bigger races, it’s just me and the coach, because Alexia isn’t quite doing those senior competitions yet.

“There are other much bigger teams, but I don’t get lonely. I have friends on other teams, and I’ve also been training with the French recently, so that’s been fun, having a bigger group to skate with, and go out cycling with.”

Metraux is not sure whether he will achieve the times to qualify for Beijing 2022, although he will be trying his best, but hopes training and experience will be his ticket to Milan Cortina four years later.

“To get to the Games, to be walking at the Opening Ceremony with some of the famous skiers, that would be crazy. I really hope I can do it.”

Make it, and this could be the start of something for Short Track in the land where skiing reigns supreme.