After decades of almost nobody talking about it, mental health in sport has become a hugely important topic over the past couple of years.

With everyone from boxing’s heavyweight champion of the world Tyson Fury to the most-decorated Olympian of all time, Michael Phelps, admitting to struggles, people have woken up to the scale of the problem.

This summer, Simone Biles, the greatest gymnast on earth, took awareness to another level with her statements at Tokyo 2020. And Short Track Speed Skating, like all other sports, has also had its share of athletes admitting to mental health issues.

Much of it started with Elise Christie, the British skater who became world champion in 2017 but who had already suffered a series of incidents that had worn her down.

Christie received death threats after a controversial race at the Sochi 2014 Olympic Winter Games. There was social media abuse, a house fire – and she also recently revealed, in her brave new book, Resilience, that at age of 19 she had been raped.

A difficult PyeongChang 2018 followed, with Christie disqualified from the 1000m and 1500m, and finishing fourth in the 500m, at a competition where she’d been expected to win medals. She later revealed that her father had been battling cancer, and that her relationship had broken up.

“I waited that long to get help, I’d been anxious for so long, I ended up clinically depressed,” she said. “I had been diagnosed with PTSD from a number of events in my life and so I went on medication.

“I just went numb for a while. I was sleeping all the time. Any time I woke up, I didn’t want to be awake because how was I supposed to deal with it?”

But looking back on these times while promoting her book, Christie has said, “One thing I knew right then was that I didn’t want to die.”

She has since recovered from a series of injuries to battle back on to the ice, and will be looking for sporting redemption at the Beijing 2022 Olympic Winter Games.

Even if she doesn’t get on to the podium, however, Christie has already achieved something perhaps more valuable. She has become one of the UK’s most admired and outspoken advocates of seeking help for mental health issues – and she has also been a pillar of support for others in the Short Track community.

“I talked to Elise a lot and it really helped,” said Sweden’s Erika Lindgren, who was diagnosed with depression and an eating disorder.

“When she was first posting about mental health issues, it was so helpful for me, seeing someone that I look up to and who skates so well being open about these things. I really admire her.

“People had maybe noticed that I hadn’t been feeling well but I got so many messages, people were so nice and kind, and that helped me a lot.

“A big part of depression is that you blame yourself and you feel weird but you think everyone else is normal. But when all those other people support you, it makes a huge difference. Short Track accepted me.”

“I was diagnosed with depression and I was in my bedroom for 24 hours a day, only coming out for food,” he said. “I got to the point where I was self-harming. It’s scary now to think that I did that. It was a very low point.

“Elise was the first person I told about my self-harm. She spoke to the coaches for me and then they spoke to my parents. Elise knows what I’ve been through. She checks in with me to make sure I’m eating enough and doing well.

“Hearing what Elise has been through, and to see she’s still fighting, and going for her dream, she’s incredible.

“She’s a really nice person and she’s been a big part of helping me through depression. And I used to be scared to talk to Elise because I thought she was so famous.”

The awareness, and the talk, is working. It should be noted that you don’t have to be clinically depressed to pay attention to, or seek help for, your mental health. 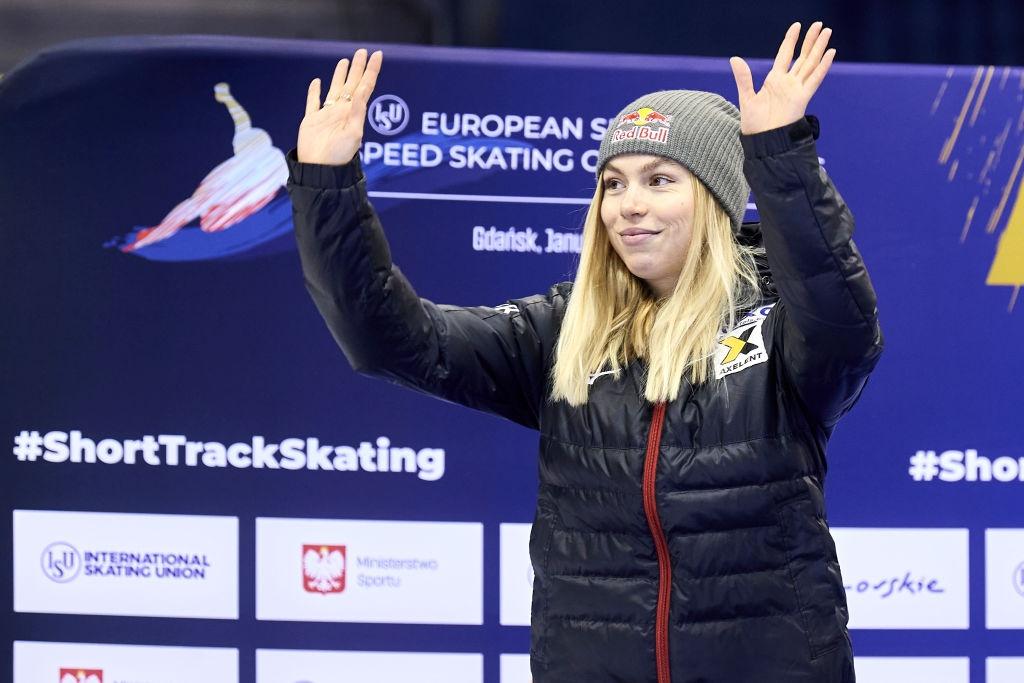 Within Short Track over recent years, we’ve heard from Germany’s Anna Seidel about how professionals helped her deal with the trauma of serious injury, and from Poland’s Kamila Stormowska about how a psychologist helped to stop her from falling out of love with the sport.

And like many people worldwide, Canada’s Steven Dubois lost his motivation during the pandemic – and addressed his mental health to help get back on track. “I had to hit the reset button,” he recalled. “It was a bit too much. I didn’t see any reason to come and just feel bad on the ice. That was the roughest time.”

On 10 October, World Mental Health Day, all these skaters should be proud of sharing their stories – and helping others to do so as a result.