Happy Birthday to Liu (HUN) as he takes gold in Debrecen

“I think I deserve a cake,” said Shaolin Sandor Liu (HUN) as he came off the ice on Saturday at the ISU World Cup Short Track in Debrecen – and the local hero will certainly never forget his 26th birthday.

On home soil, the Hungarian star won one of the strangest Short Track races of recent years. 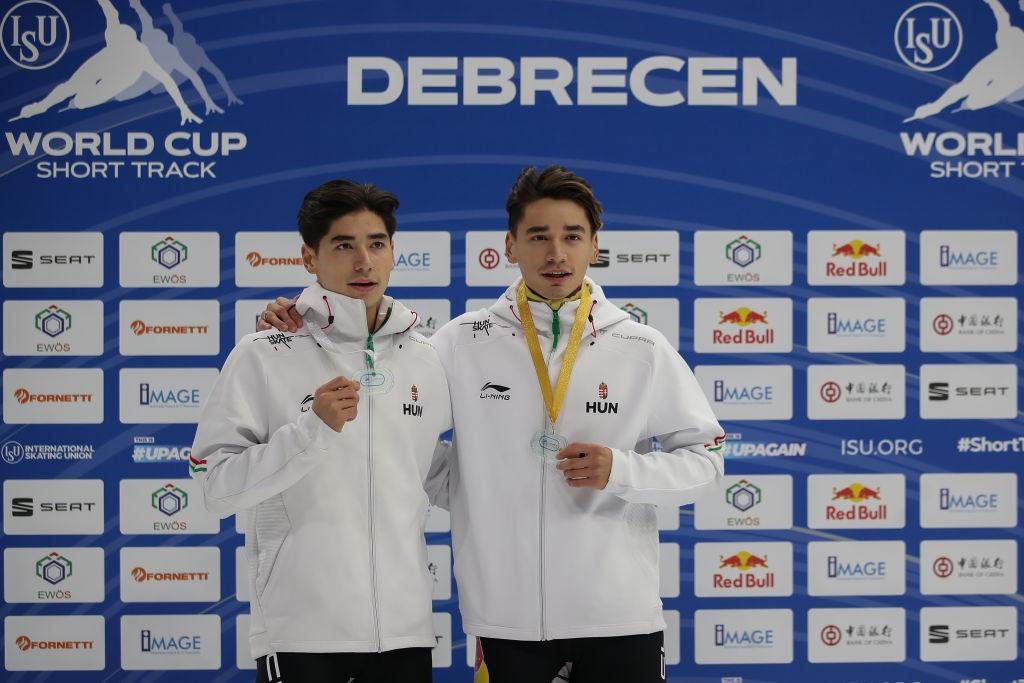 Half way through the battle, however, a crash caused by Hwang took the two Chinese skaters, and himself, out of the equation.

The Hungarian siblings were left the only men standing, circling the track uncontested, before finally deciding to make a race of it at the end. Shaolin Sandor edged the gold by one tenth of a second. Ziwei eventually got up and coasted around for the bronze.

If it had got any louder at a packed Fonix Arena as the crowd reacted to this local one-two, the roof would have come off.

“I only saw the crash on the screen and I didn’t know how many had fell, so I stayed calm,” said Shaolin. “I tried to max it out.

“Me and my brother always try to race each other, but he was nice, he gave me the gold medal. I’m really happy and so proud. It was a really nice present.”

Shaolin Sandor almost hadn’t qualified for the end game in the first place, scraping in by two hundredths of a second in a scrappy semifinal.

“Yes, I almost didn’t make it, it was tight,” he said. “The races were close from quarterfinal to semi to final. But this is the wonder of the sport, it’s a challenge. I like to make a show and I like to make you guys nervous.” 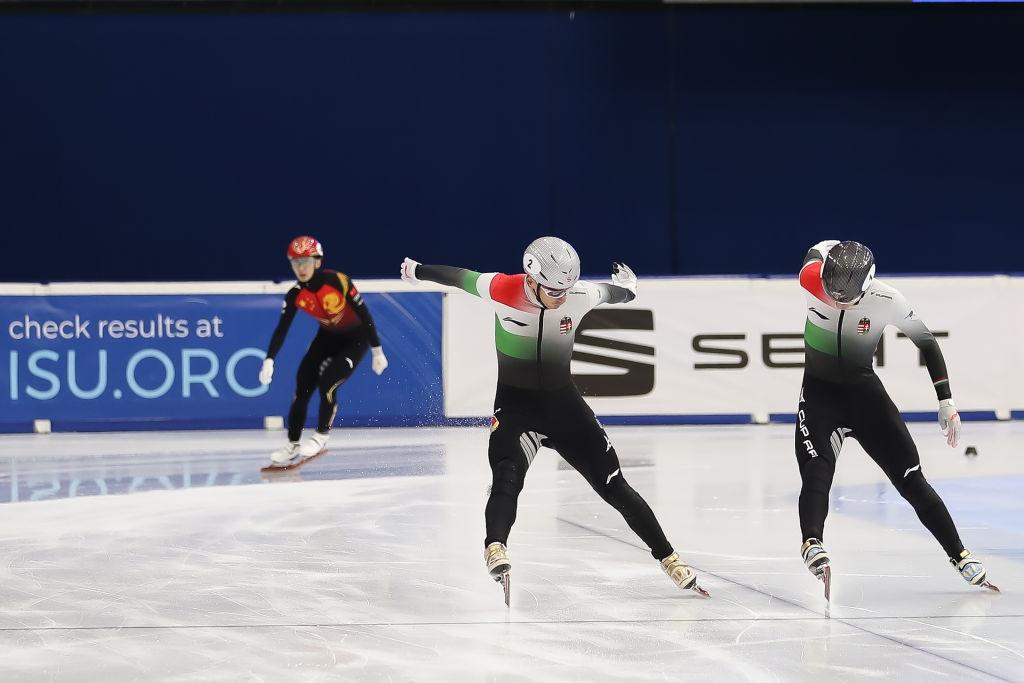 The Chinese racer switched places with Pascal Dion (CAN), eventually pulling ahead of the Canadian to take his second gold medal of the World Cup season, following his fine 1000m win in Beijing.

“I always dream of winning the gold medal in every race I’m in,” said Ren. “I made every effort today. It’s a fight, because every race is feisty, really tough. So I had to try and not make any mistakes.

“My target at the moment is to qualify for all the categories for Beijing. I want to win as many medals as possible.”

Dion, the surprise leader in the 1000m standings so far this season, was also happy to continue his run of form and grab a silver medal.

“I feel great, it was a crazy race with a lot of passes,” he said. “I raced it so well, I wasn’t afraid to go in front when it hurt my legs, and it paid off in the end.

“I would never have expected this at the start of the season, but I have raced so confidently. Every move I do, I’m convinced it is going to work.” 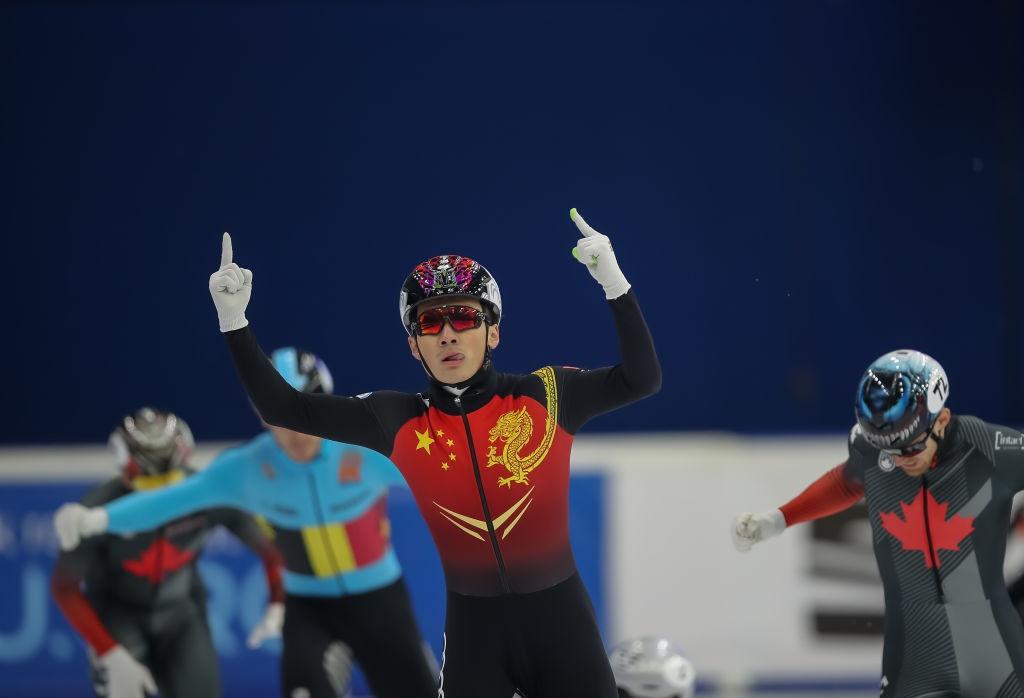 Park Jang Hyuk (KOR) won bronze, his first World Cup medal, in his debut senior season. The day, however, belonged to the Lius and the Hungarian public.

“It’s really nice to be racing in front of this crowd,” said Shaolin Sandor. “They give us a lot of power. We couldn’t make it without them. It’s been one and a half years where we didn’t race with a crowd, so it’s a huge thing and it makes us happy.

“Hopefully in Beijing the Chinese will help us, too.”

As for a birthday celebration? “I don’t know if there will be a party. I am so tired, I just need to rest and have my dinner.”