Suzanne Schulting (NED) is a skater who it seems can do no wrong. At the 2020-21 World Championships, she elevated herself to another level up from her rivals, winning all three individual gold medals – the 1500m, 1000m and 500m. It was an extraordinary feat, and a rarity in a sport where most athletes specialise. And yet at the ISU World Cup in Debrecen, she looks on track to do it again. 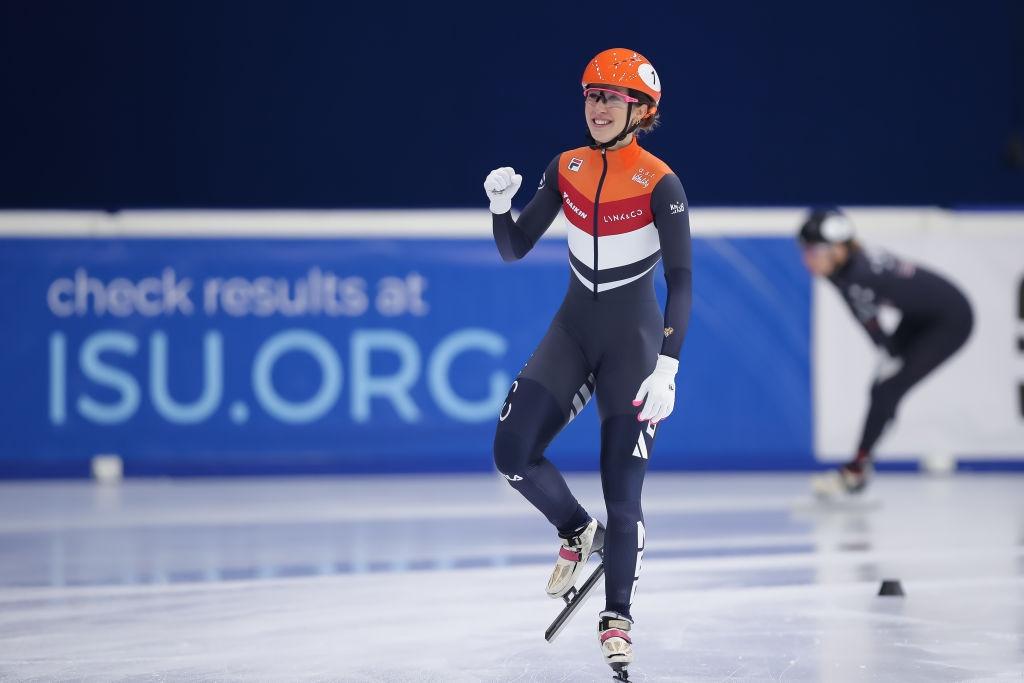 Schulting took the 1500m gold in dominant style, before adding the 500m a couple of hours later. She will go into tomorrow’s 1000m feeling bullish.

“I did some awesome things, it was a great day,” she said. “I’m super happy and I feel really great right now.”

A world class Speed Skater as well as Short Tracker, increasingly her tactics have been to get to the front early and use raw power to simply not allow opponents to get close. It eliminates the need for passing and risk of crashing.

“I choose to do the tactical plan where you skate from the front, because I’m really strong,” she said. “I’m also able to come from the back, but with the quality of skaters, everyone can skate fast, it’s really hard. So skating from the front is good. 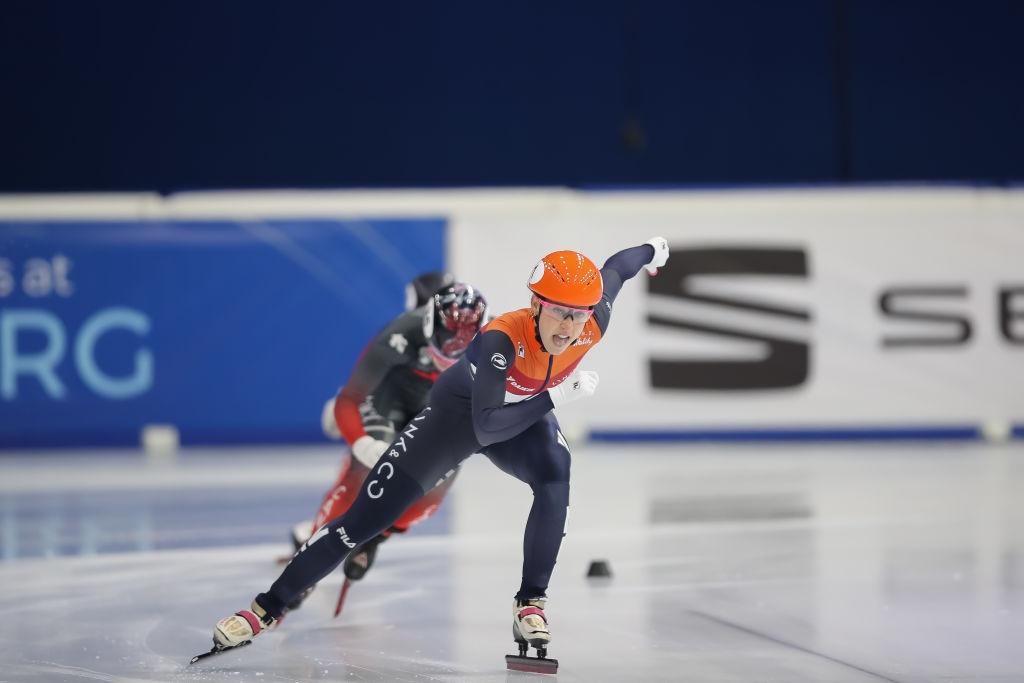 “I was just watching the Koreans coming up, so I just kept accelerating to keep them on the outside.”

Yubin came second, and remains top of the 1500m rankings by the slimmest of margins.

Courtney Sarault (CAN), ever improving, got the bronze medal.

The 500m was perhaps even more impressive for Schulting, however. She may be World Champion in the distance, but her win in that race at the end of last season was something of a novelty.

In a final containing 500m World Record holder Kim Boutin (CAN) and 500m Olympic champion Fontana, Schulting put in a late charge to take the title.

The lightning fast Boutin had led most of the way round, but veteran Fontana overtook her at the end to win silver and leave the Canadian third.

Schulting was particularly pleased with the race. “I really want to keep skating like this,” she said. “The 500m is a special distance. A lot of skaters are doing well and Natalia Maliszewska was missing from the A final, too, and she is skating well. 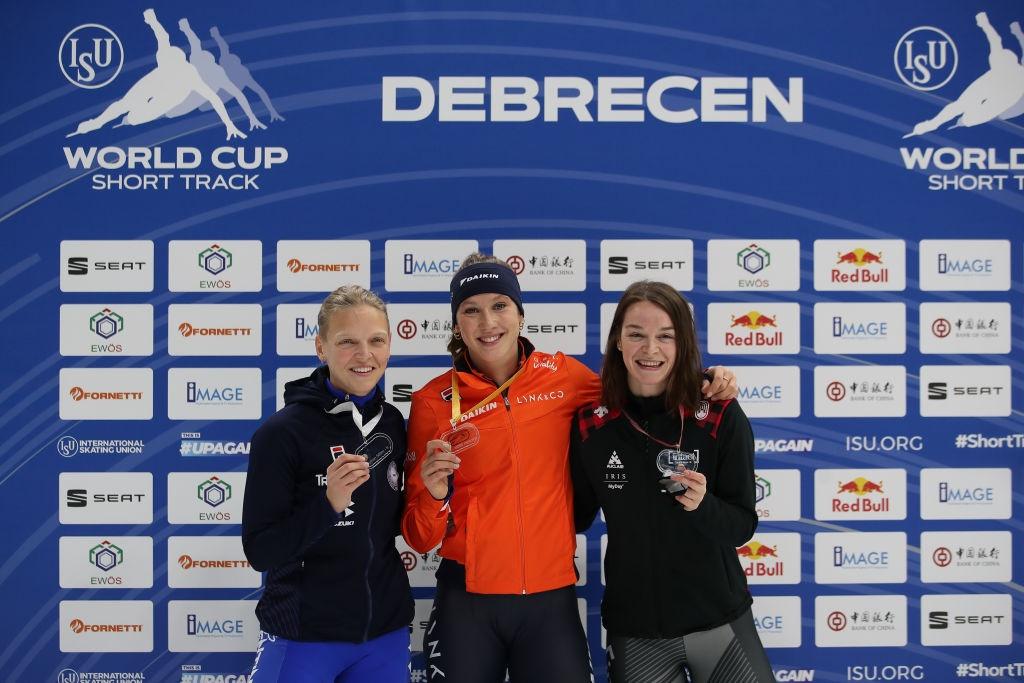 “So there are a lot of really fast skaters, and that makes me really happy that I won. I stayed really calm.

“The final was such a high quality race and that’s what you want before the Olympics. You want to skate as many quality finals as you can, and you will learn the most.”

Her rivals were magnanimous in defeat. “Suzanne has worked hard to get better in the 500m because it wasn’t her distance, but I think it’s great,” said Fontana. “More competition in the 500m makes it more exciting for us, and for everyone watching.”

“I was skating in front of her but you know she can come for you,” added Boutin. “I just need to focus on trying to get further in front, but I’m happy for now.”

One question remains. Is Schulting invincible? She insists she isn’t. “I do have insecurities,” she said. “It’s really hard, it’s four long days and you have to stay focused all the time. But today was really nice for me.”