There is no doubt who the team leader for the Netherlands Short Track Speed Skating squad will be at the Beijing 2022 Olympic Games. Suzanne Schulting (NED) is set to not only be the star of the Capital Indoor Stadium, she may very well find herself becoming the face of the Games. 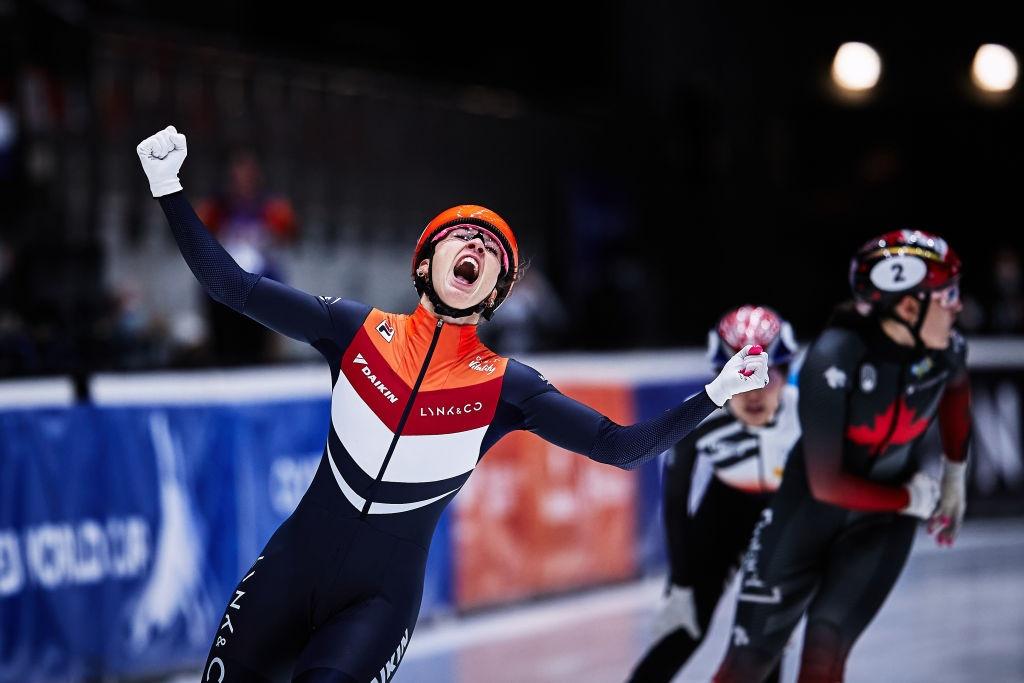 The 24-year-old has dominated women’s Short Track in the past two years to an extent rarely seen in any sport. In the 2020/21 season Schulting powered her way to a quite extraordinary five world, four European and seven World Cup titles. All this in a sport famed for its unpredictability. 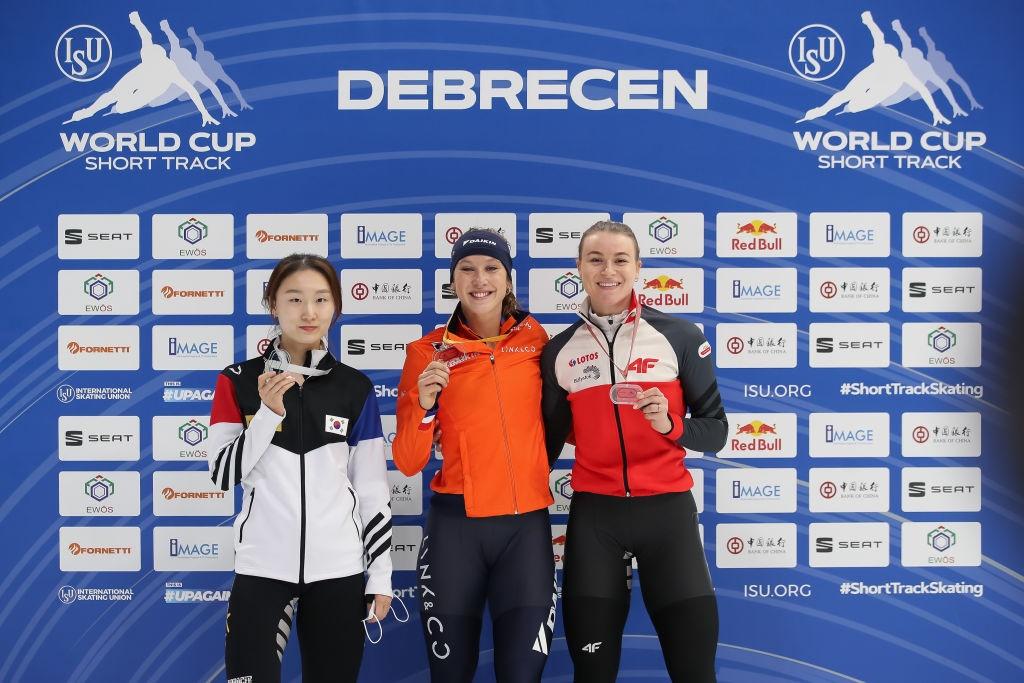 And she has not stopped there. Schulting has continued to stack up the silverware this season in a manner that must alarming for her rivals.

In her four 1000m World Cup races in 2021/22 the Dutchwoman finished first twice, second once and third once. Add on two more wins in the 1500m, an ominous triumph in the 500m – the one distance Schulting has previously struggled with – and three women’s 3000m relay wins out of four, and you can understand why even her closest competitors are enjoying her performances.

A ‘monster on ice’

“Suzanne is just so good. I love watching her skate. She is a monster on ice,” Poland’s Natalia Maliszewska, the 2019 European 500m champion, said in Debrecen after seeing Schulting waltz her way to four World Cup gold medals out of four.

That clean sweep in Debrecen encouraged even Schulting, a notorious perfectionist, to take a step back and smile.

“I did some awesome things, it was a great day,” the reigning 1000m Olympic champion said. “I’m super happy and I feel really great right now.”

More than anything it is the manner in which Schulting has won that suggests she may need to bring a spare bag to Beijing for all her medals.

“I choose to do the tactical plan where you skate from the front, because I’m really strong,” Schulting said. “I’m also able to come from the back, but with the quality of skaters, everyone can skate fast, it’s really hard. So, skating from the front is good.” Given all this it is perhaps not surprising that the Netherlands have been unstoppable in the women’s 3000m relay. But Schulting cannot do it all on her own and in Xandra Velzeboer the Dutch may well have unearthed a potential Schulting of the future.

Just 20 years old, Velzeboer stands inside the top 10 in the current World Cup rankings in all three disciplines. Add on fellow promising youngster Selma Poutsma plus Olympic 500m silver medal winner Yara van Kerkhof and it is clear the Dutch quartet will be extremely hard to beat.

Unsurprisingly the Netherlands have not been enjoying quite the same level of success on the men’s side. Relative veteran Itzak de Laat has taken on his strong showing in the truncated 2020/21 season to emerge as genuine contender for the Olympic podium in the men’s 1000m. But there is little doubt what the biggest story in Dutch men’s skating has been so far this season. 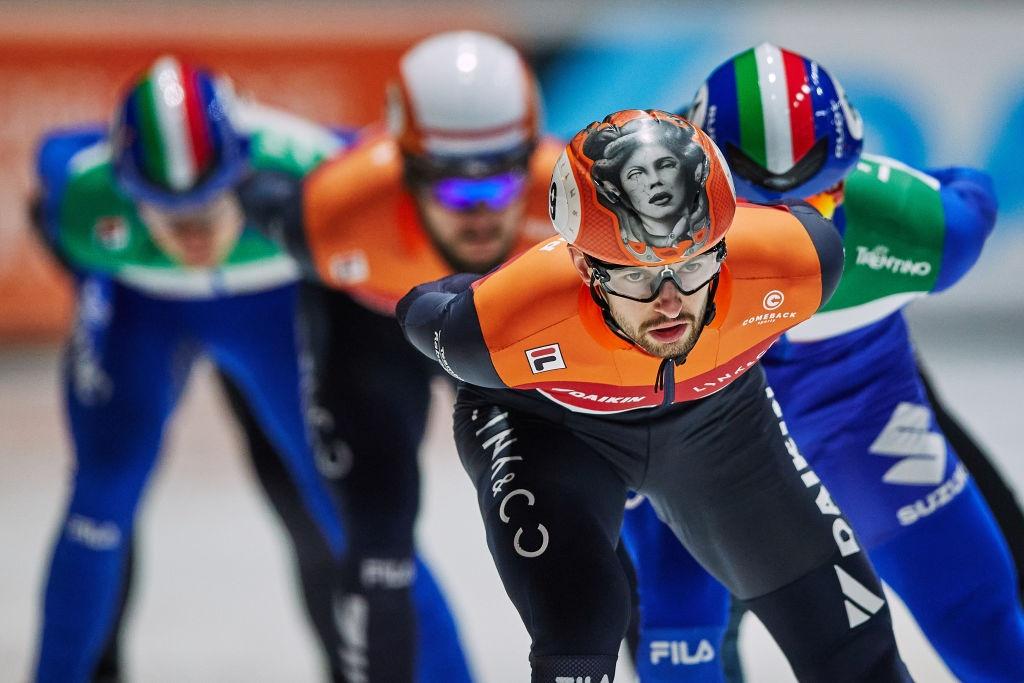 In December 2018 the star of the show, the then recently crowned men’s 1500m Olympic silver medal winner, Sjinkie Knegt suffered the first of two horrific off-ice injuries. An incredibly tough time followed but just under three years later the four-time world champion finally returned to where he belonged.

"There were always moments where I thought I would never skate again but I'm happy to win this medal after a long period of recovery," said Knegt after winning a brilliant silver medal in the 1500m, on his home ice in Dordrecht. "I needed a medal to get the confirmation to get back on the highest level of skating."

Another Olympic medal would put the perfect full-stop on Knegt’s career and with his strong showing in the 1500m this season, not to mention the men’s 5000m relay and the new mixed team relay, he has plenty of opportunities to do just that.