Brittany Bowe (USA) hopes to inspire others by telling her story 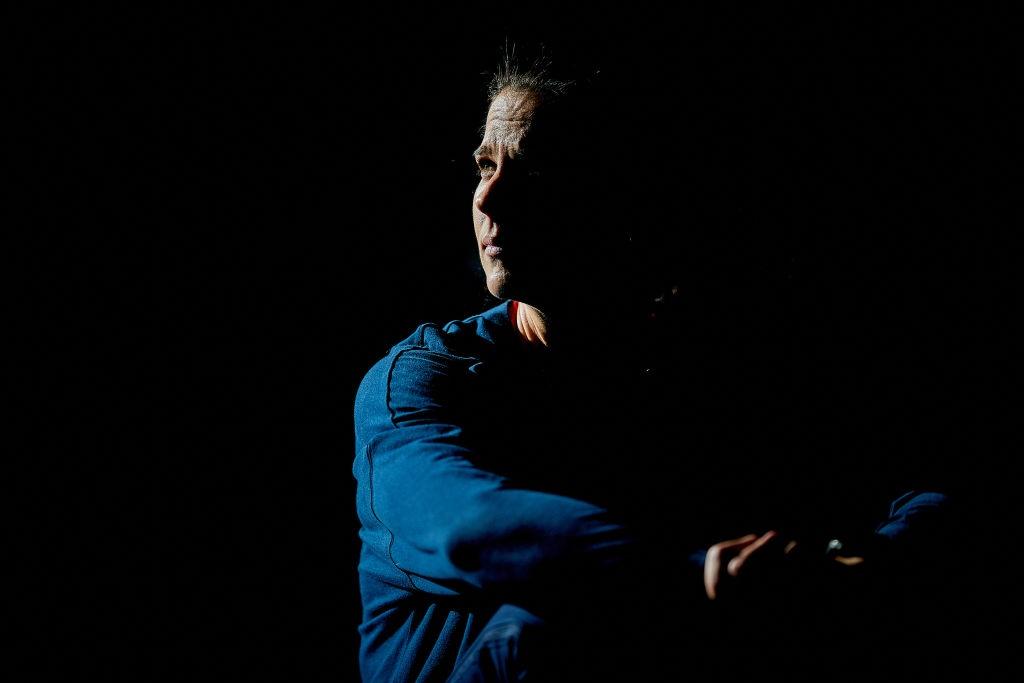 As a multiple world Speed Skating champion, Brittany Bowe (USA) went through several ups and downs in her career. “We all have a story,” she said. With her own personal story, Bowe hopes to inspire others.

“Whether it’s something like an injury, equality or injustice, we all have been through something. I can guarantee that if we continue to share our stories, people will be able to relate,” she said.

Bowe, the reigning ISU World Speed Skating 1000m champion, was part of the ISU most recent #UpAgain Show, where she celebrated Pride month along with Figure Skating Ice Dancer Giullaume Cizeron of France.

“Pride can mean so many things. Pride month specifically is just a time to celebrate and promote the equality of LGBTQ+ people. It’s a time for us to share our stories and experiences that can make a difference for others,” Bowe said.

As a guest on the show, Bowe did just that as she shared her own personal story about being a LGBTQ+ athlete. “I don’t have a specific or particular coming out moment. It’s been a gradual evolution that happened over time.” 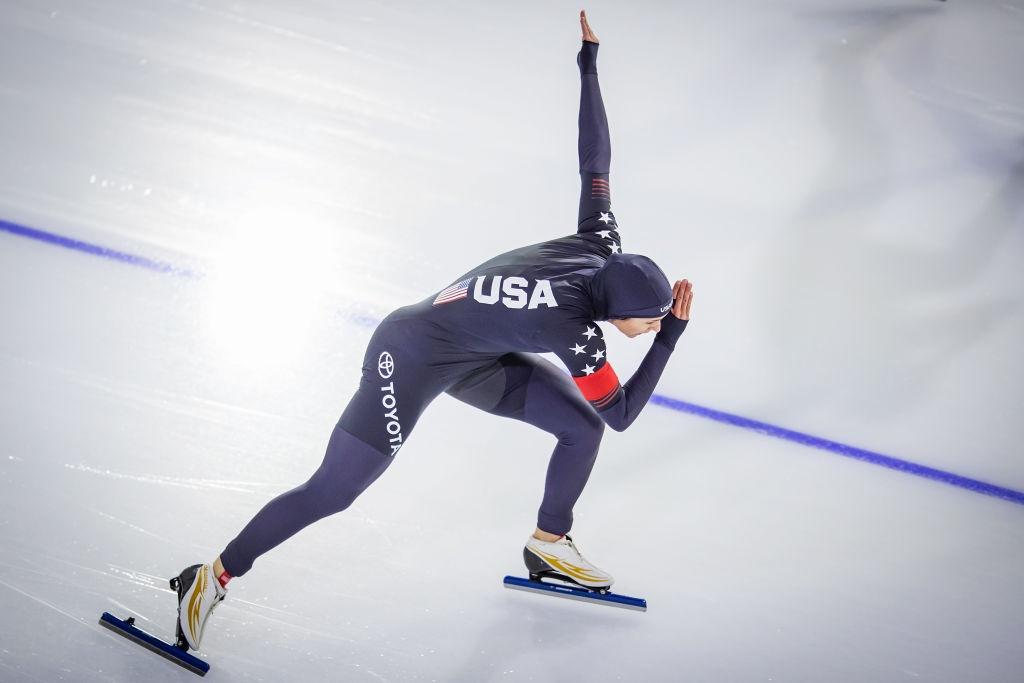 Growing up in a relatively small town in the United States, a place which was considered very conservative, Bowe attended a private catholic school. “Being gay was definitely far from the norm,” she said.

“When I was in high school, I realized I was attracted to females but I didn’t talk about it. That was fifteen, twenty years ago now.”

“Thinking back of my high school years..., was I afraid of being judged? Absolutely. It wasn’t a topic of discussion and I chose to keep quiet about it because it was easier that way.” 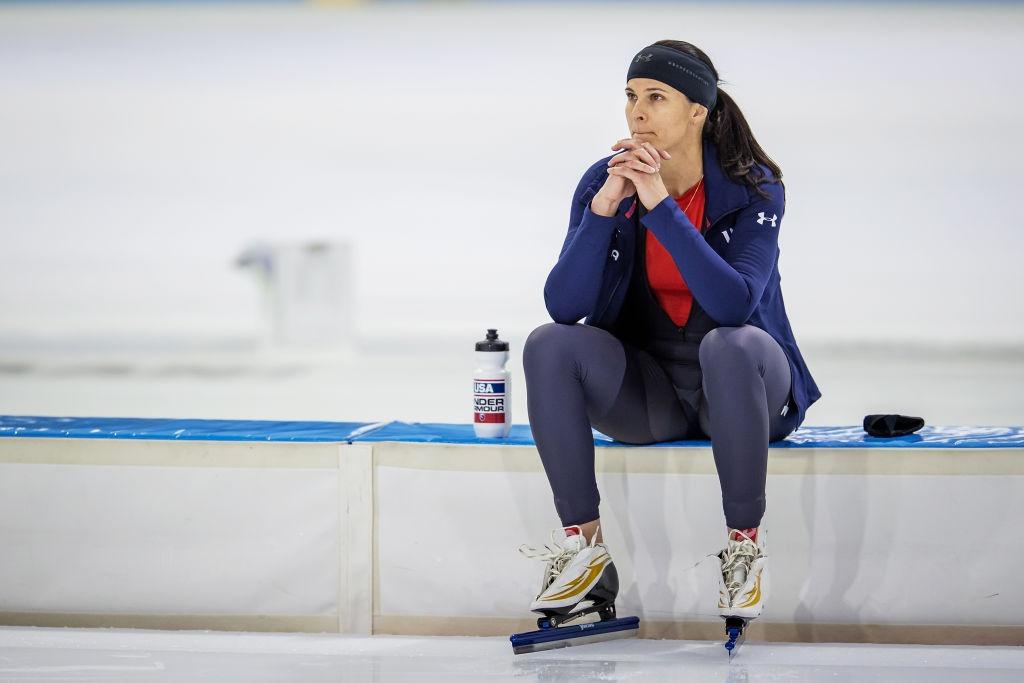 Until she moved to the south and attended the Florida Atlantic University. “It wasn’t until stepping foot on campus that I saw what real diversity and acceptance was.”

For the first time, Bowe felt she could be who she wanted to be. “With no reservations. Very quickly I became more comfortable in my own skin. And I was never met with anything other than acceptance and love.” 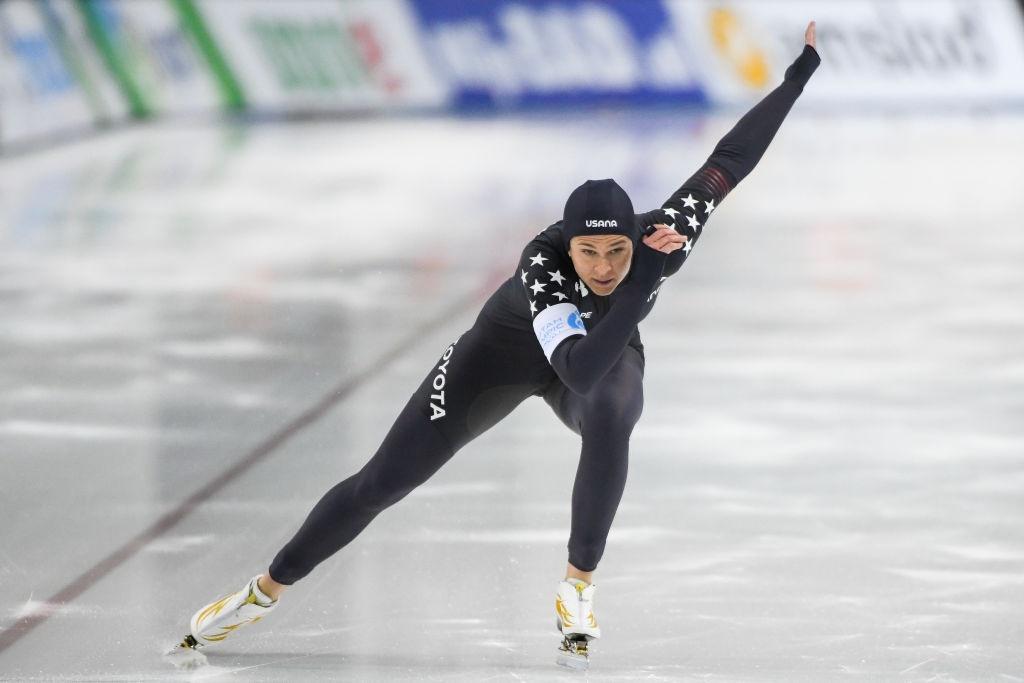 Kudos and hats off to the sport

Bowe chose to keep quiet about her sexual orientation when she went to the 2014 Olympic Games in Sochi, Russia, however. “For what reasons I am not really sure.

But then again we fast forward four to eight years and I realize that sharing my story can encourage people to be confident and happy. I have found my stride and comfort just with myself,” she said.

Bowe said she didn’t face any form of discrimination or injustice within her sport. “Being a gay female skater is no different than being a straight female skater to what I have encountered. I really have to give it kudos and hats off to all my fellow competitors, teammates, coaches and fans. It’s something just as simple to treat others the way you want to be treated. I guess I would encourage everyone to continue to live by that.”

It’s the experience that helped Bowe to talk about it the way she does now. “For those that may be struggling with it coming out because of fear of rejection and hate, I am here to tell you that there is a positive end to that story. There is a very high chance for love and acceptance and I do wish that for others.”“It is not to sugar-coat my story or anything, but I do like to give hope to people that are struggling. My sexual orientation is part of my life. I am attracted to females, am with females and that’s part of me. Although I don’t discuss it a ton, I think it is important to share my story and experience and thankfully I do have one of the happy stories.”

Over the years, Bowe learned that the happier she is on the ice and in her everyday happenings, the better she performs. “My concussion in 2016 opened my eyes to the

importance of mental health and mental wellbeing. I really try to share the things that I have done and made me a better person and athlete.”

“When I sustained the concussion, I thought ‘I can’t mentally be broken’. What was I wrong. When I had this concussion, my world came crashing in. I started experiencing panic, anxiety and vertigo attacks.”

Months of rehab, both mentally and physically, went into her comeback. Now, Bowe aims for her third Olympic Games. “I know I won’t be an athlete forever. But I have no idea what I want to do with my future. Sights are set at February 2022 first. Who knows what life will bring after that. What I know, is that I want to continue to inspire others.”

You can also listen to Bowe on The Ice Skating Podcast.

Guillaume Cizeron (FRA): “Even if it helped just one person, it would still be worth it”

Get your pride on! We're celebrating #Pride2021 with a BIG surprise in the latest episode of This is #UpAgain Show!