In Speed Skating it’s all about small margins. One hundredth of second can make the difference between silver and gold. The friendship between Thomas Krol (NED) and Kai Verbij (NED) dates back to the time the two skated in the junior ranks. They were friends and rivals at the same time, always trying to edge out each other, in any game they played together. “We made a competition out of everything,” says Krol.“Kai is two years my junior, so for example, we compared our records from when we were both twelve years old, just to see who was the fastest at that age.”

Krol and Verbij went on to be teammates when they moved up to the senior ranks. They were friends on the ice, but off the ice too. After the Speed Skating season, they went on holiday together, to Japan for example, the home country of Verbij’s mother. “I would plan the travel schedule and Kai would do the talking in Japan, because he speaks the language”, says Krol.

In 2018 their friendship was put to a test. They both competed for a 1000m spot in the Dutch Olympic Speed Skating squad for PyeongChang 2018. Krol finished third in the trials to qualify, but the Dutch federation chose Verbij, who had been injured at the trials, for the Olympic team in a complicated selection process. “I did not blame him,” says Krol. “Kai had not asked for this either, but I have to admit that we did not speak much to each other during those weeks.”

In the following season the two skated for different commercial teams, but their lifelong bond was upheld and even strengthened at the 2019 ISU World Single Distance Championships in Inzell (GER). When they ran into each other in the locker room before the 1000m on Saturday, they both had to laugh, which took away much of the race nerves. Krol aimed for his first world title and broke the track record, but Verbij eventually pipped him to silver by a 0.27 second margin. 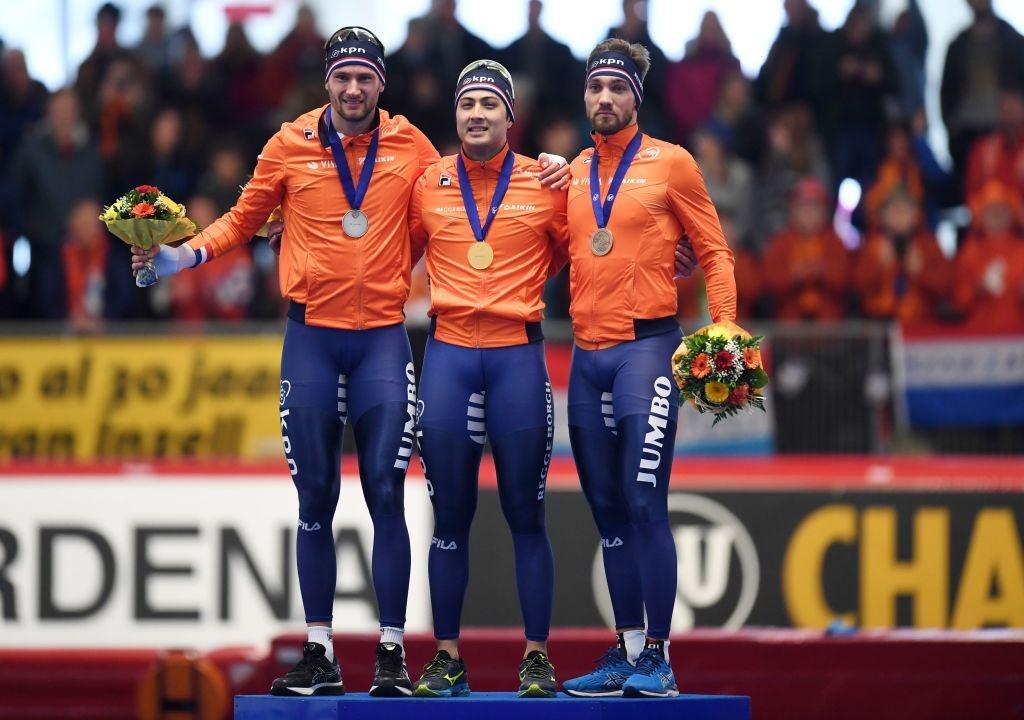 “Tomorrow, is your day,” Verbij told Krol after the race, and he was right. On Sunday Krol set another track record in the 1500m and this time, nobody was able to even come close. Krol and Verbij are champions on the ice, but they both cherish their friendship maybe even more.

International Day of Friendship 2021 - Friendship, trust and respect are basic requirements for a good team

International Day of Friendship 2021 - Getting support from your community