Sven Kramer (NED) lost his 100 percent record in the 5000m at the ISU World Single Distances Championships when Sverre Lunde Pedersen (NOR) skated an immaculate race in Inzell on Thursday to dethrone the king and grab his first world title. Kramer ended up in third place and Patrick Roest (NED) took silver. Before the long-distance surprise, the Dutch men won the new Team Sprint event. 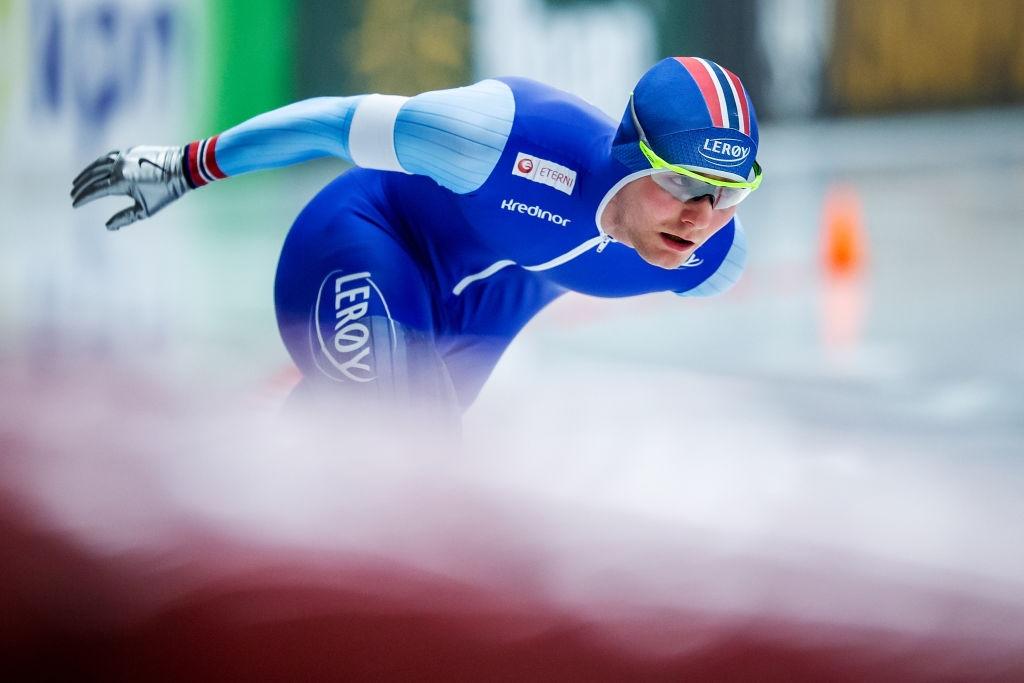 “The perfect race? This might have been it,” Sverre Lunde Pedersen said with a smile after the medal ceremony.

He had found a good man to follow in his pursuit of perfection as Sven Kramer had won all eight of his previous starts in this event.

Skating in the seventh pairing, before Pedersen and Patrick Roest, Kramer had aimed at a time faster than his own track record of 6 minutes and 10.97 seconds, set in October 2010. “Secretly I thought of 6:06 or 6:07 but I never really got into my race well,” he said. “The opening and the first full lap were all right, but after that my lap times went up too fast. That’s something I might have gotten away with in the past, but not anymore.”

Kramer eventually finished in 6:12.53, still the fastest time with only three pairs to go. Pedersen faced Danila Semerikov (RUS) in the penultimate pairing and left the Russian behind from the start with 28.8 and 28.9 in his first two full laps.

The Norwegian said: “I thought, maybe it’s too fast, but it was easy to keep my speed and I felt strong.” 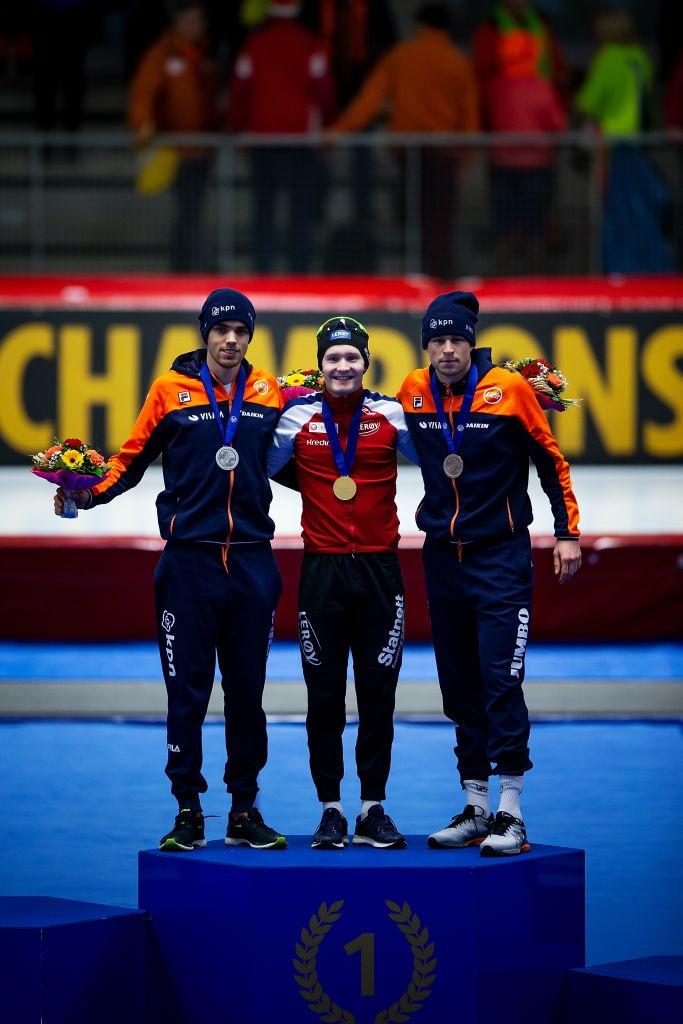 Pedersen became only the second non-Dutchman to win the event after Chad Hedrick (USA) in 2004 and 2005. He said: “I used to watch Kramer and Håvard Bøkko (NOR) racing on television when I was a kid. To race against them and beat them, it's amazing.”

Roest stepped on the ice while Pedersen was recovering from his display of power and stamina. 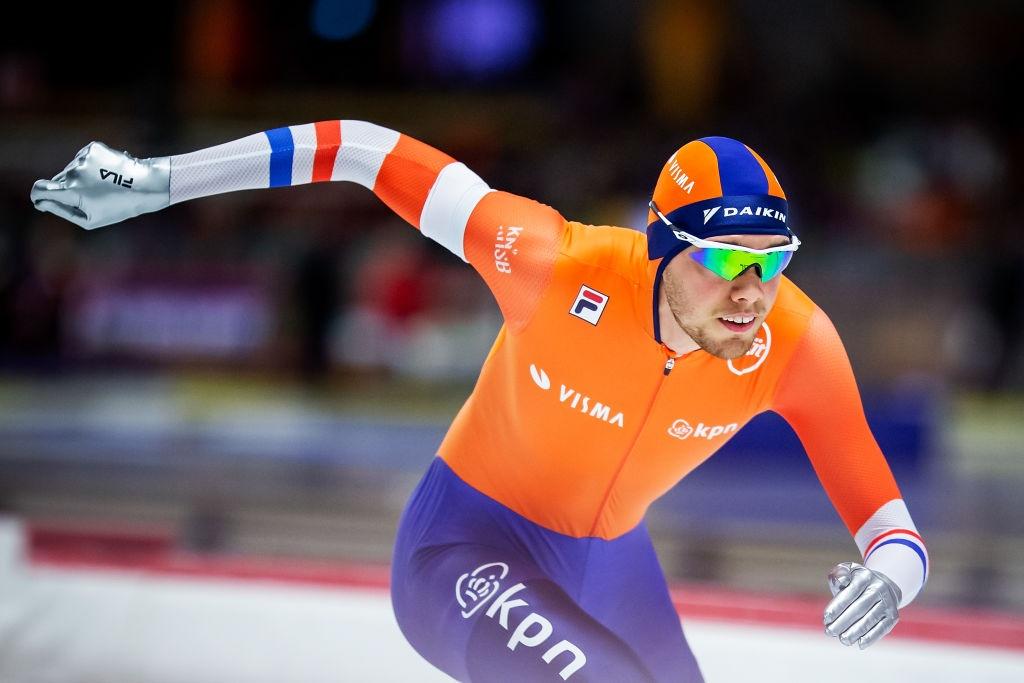 He said: “Of course that time scared me a bit, but I knew that the ice was good and that I would be able to beat him if I had super legs.”

The super legs were not there, however. Roest started faster than Pedersen, but paid dearly in the second half of his race. “My legs exploded five laps before the finish and I knew it was over. I was even afraid to lose the silver medal because I did not seem to be able to set one foot in front of the other.” Roest eventually managed to keep Kramer at bay, finishing in 6:11.70.

“We missed our man for the third lap,” said Kulizhnikov, referring to Denis Yuskov, who is usually Russia's favourite for third-lap duty. But the world record holder in the 1500m was absent, preferring to focus on his individual distances in Inzell. 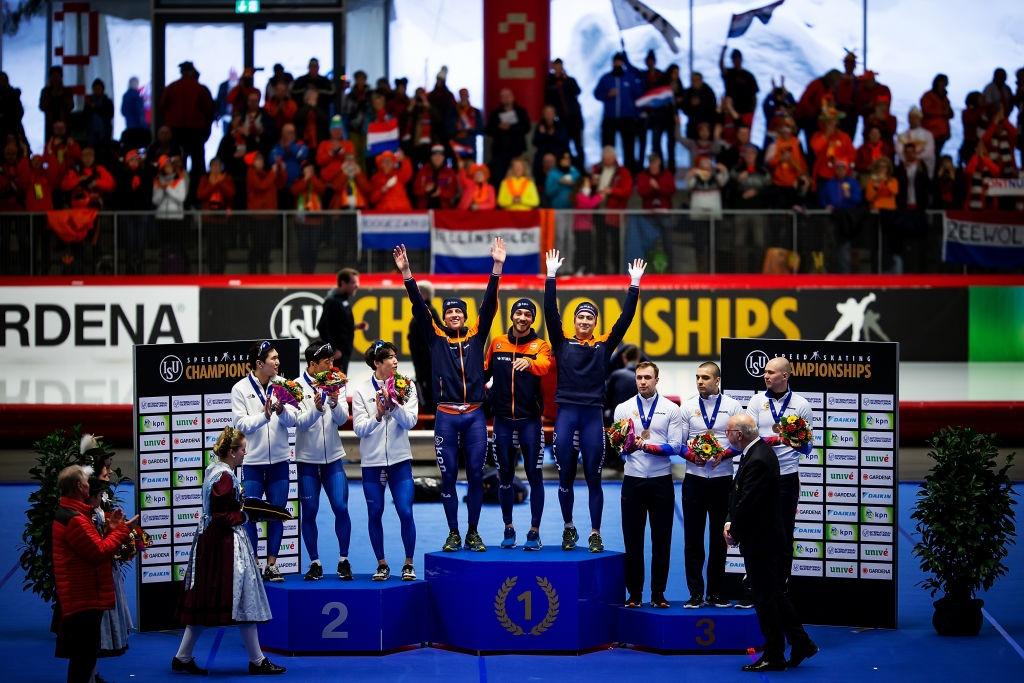 Nuis was the Dutch third-lap man. Before his team took the ice in the final pair, he knew that they would have a good chance to win. “We skated 1:19 in Obihiro (at the World Cup in November), so I said to Ronald (Mulder), ‘Take it easy, just don’t start too fast. We can only lose this.’ And they (Ronald Mulder and Kai Verbij) executed the race so well.”

The Olympic 1000m and 1500m champion is a real advocate for the new event. He said: “It’s awesome. It’s spectacle and having more skaters on the track gives it a whole new dimension. Normally you skate a corner alone and now I’m behind the other two. You can’t see anything and you have to trust each other really well. I like this event a lot.”

For full entry lists and further information regarding the ISU World Single Distances Speed Skating Championships please visit:isu.org/speed-skating. Results are here  and you can follow the discussion on social media by using #WorldSpeed and #SpeedSkating.

The ISU World Single Distances Speed Skating Championships will be available in some countries on the ISU Skating Channel.

Resurgent Sáblíková stronger than ever