In a triumph for age and experience, veteran Martina Sáblíková (CZE) managed to fend off the challenge of 23-year-old Olympic champion Esmee Visser (NED) to win her tenth consecutive 5000m world title in Inzell on Saturday. Also on Day 3 of racing at the World Single Distances Championships, the Ladies’ 1000m was won by Brittany Bowe (USA), who left 500m aces Vanessa Herzog (AUT) and Nao Kodaira (JPN) behind to top the podium for the first time since 2015. 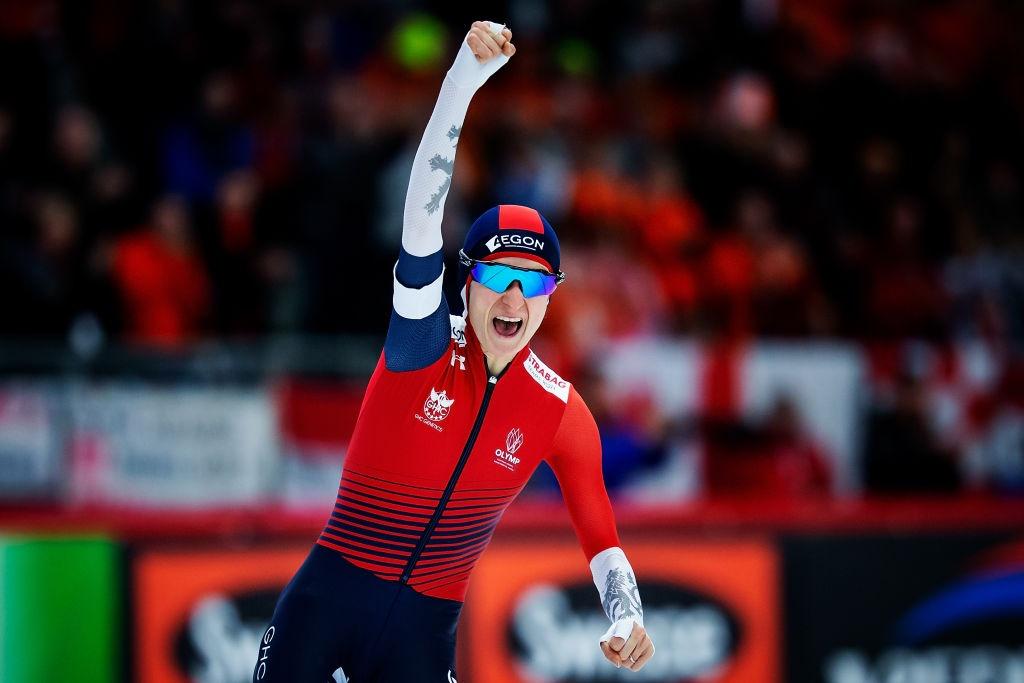 In the 5000m, Carien Kleibeuker (NED) set the bar at 6:56.47 in the second pairing. Despite three others skating personal bests, no one was able to break the seven-minute barrier before Isabelle Weidemann (CAN) and Esmee Visser (NED) stepped on the ice in the fourth of six pairings.

Lightweight Visser seemed to skate effortlessly towards a major improvement of Sáblíková's 2011 track record (6:50.83), eventually stopping the clock at 6:46.14. “An amazing time,” Sáblíková said. “I thought, ‘Wow, I can’t do that.’”

But before the 31-year-old nine-time champion got her crack at Visser’s new track record, Natalya Voronina (RUS) had her chance in the penultimate pairing. The 24-year-old long-distance specialist kept Visser’s split times in sight until halfway, but could not keep up with the pace thereafter. With 6:50.39, Voronina still managed to stay under Sáblíková's previous track record, but she eventually had to settle for the bronze medal.

Sáblíková knew exactly what to do. “I tried to do all 32.0 (laps). Sometimes it was one-tenth slower and sometimes one-tenth faster, but I managed to keep my pace. It was almost impossible, but I saw the public, and my brother was here. It was so emotional when we met today, because he did not have a chance to see me after my win in the 3000m (on Thursday). He came all the way to see me and he inspired me. I’m a fighter.”

The split times were alternating in favor of Visser or Sáblíková almost every lap, but the Czech veteran had a trump card up her sleeve. “I knew she (Visser) had a final lap in 33.0, so heading into the last lap I knew that if I could keep my technique, I would win.”

With a final lap of 32.2 and a finishing time of 6:44.85, Sáblíková recaptured her track record, collecting her tenth consecutive 5000m world title, but she acknowledged Visser’s part in her triumph. “She is amazing and I don’t know what would have happened if she had skated after me. It could have been the other way around on the podium.’ 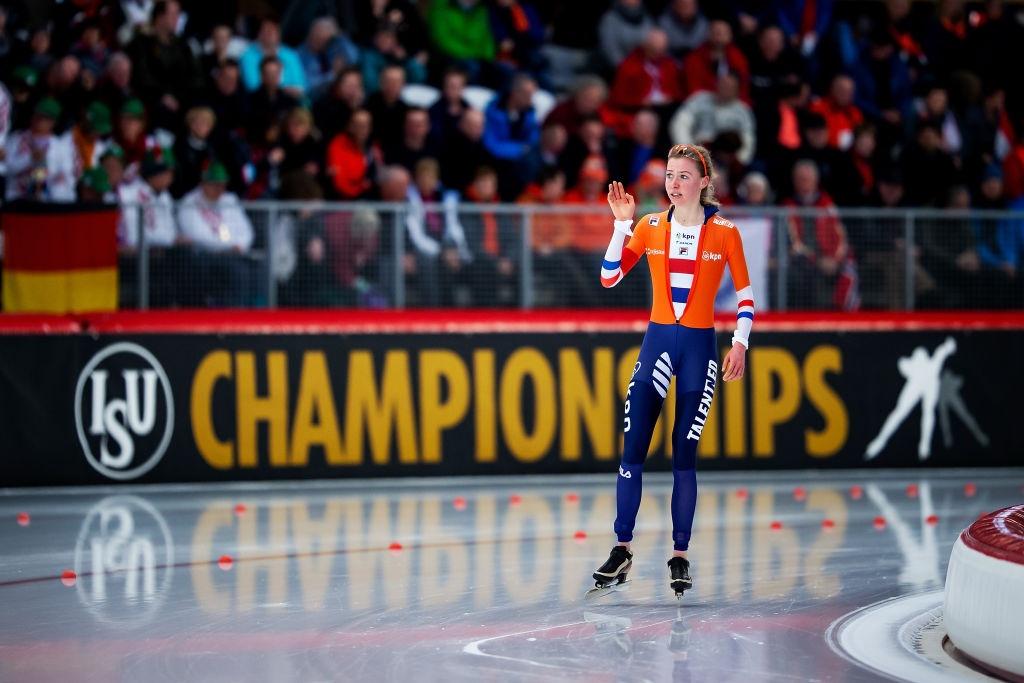 Visser, whose Olympic triumph last year came before she had even won a World Cup medal, said: “I had the feeling that she (Sáblíková) would be able to beat my time, but yes I think it was an advantage for her. It’s different if you have to set the bar without really knowing what’s possible, or if you can focus on a time which you only have to beat by a small margin. She knew she had to skate 32.0 laps the whole race and that’s something I’m also capable of.

“Of course I’m a little disappointed, but maybe it’s only good that I don’t win everything at first sight. It keeps me hungry for next season.

“She (Sáblíková) told me not to be too disappointed, because my time will come. She said that I had inspired her to raise her own level. It’s good hear something like that form such a great champion.”

Brittany Bowe (USA) left the rest of the field far behind in the 1000m, breaking her own track record of 1:14.01 by 0.6 seconds. Before the 2015 world champion entered the rink in the penultimate pairing versus Nao Kodaira, Miho Takagi (JPN) had set the fastest time in 1:14.58. 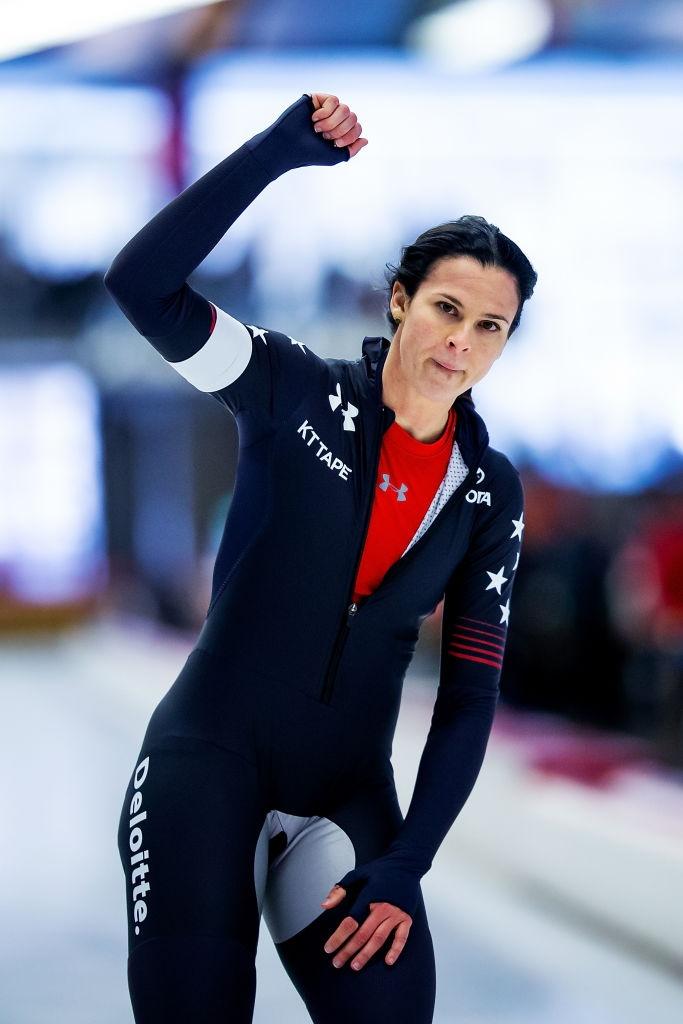 “I wasn’t worried abut that time at all,” 30-year-old Bowe said afterwards, revealing her race plan. “When I’m on the inner (lane) with Nao, one of the fastest openers in the world, I knew I had to open fast but remain within my game plan and not go harder than I normally do, because I have that gas at the end.

“But I knew I needed to get it going, so she did not have a good chase on that first back stretch, and I knew she would come under me in that second turn, but I tried to remain calm. Driving out of that second corner with just one lap to go, I was just looking at her the whole way, fighting.”

That fight ended in 1:13.41, the only time to break the 1:14 barrier. Kodaira got caught in the last corner and finished in 1:14.44. In the final pairing Vanessa Herzog managed to edge out the Japanese for the silver medal in 1:14.38.

Bowe had been struggling to recover from a concussion over the past two seasons and she was relieved to be back on top. “It feels good, to be able to hear my national anthem on top of that podium, it’s been some time now,” she said.

“It definitely makes you appreciate more how difficult this sport is. It’s taken two solid years to get back and I never gave up believing in myself and neither did my coaching staff.” 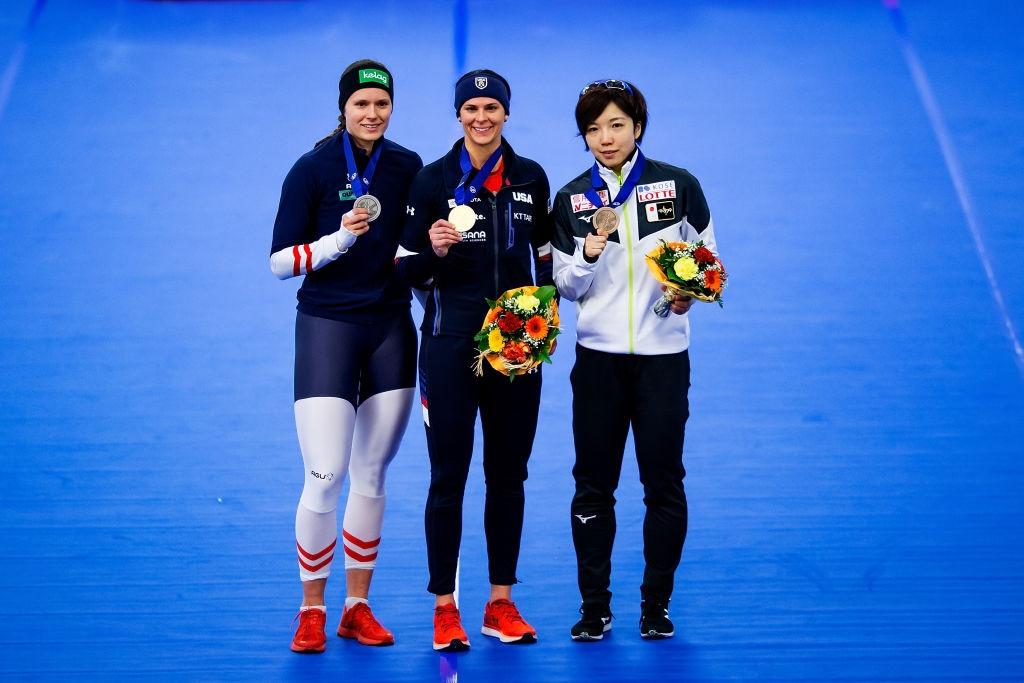 Herzog was glad to follow up her world title in the 500m on Friday with a silver in the double distance. “I saw Brittany’s time and to beat that I had to do a personal best which is really hard here, so I’m happy.”

Kodaira could also smile after her disappointment in the 500m, when she finished .07 seconds behind Herzog. “Today I’m happy,” she said. “Yesterday, my heart was almost broken. But I went to sleep and knew that today would give me a new chance. I went all or nothing and this bronze medal is a beautiful bonus.”

For full entry lists and further information regarding the ISU World Single Distances Speed Skating Championships please visit: isu.org/speed-skating. Results are here  and you can follow the discussion on social media by using #WorldSpeed and #SpeedSkating.

The ISU World Single Distances Speed Skating Championships is available in some countries on the ISU Skating Channel.

Resurgent Sáblíková stronger than ever