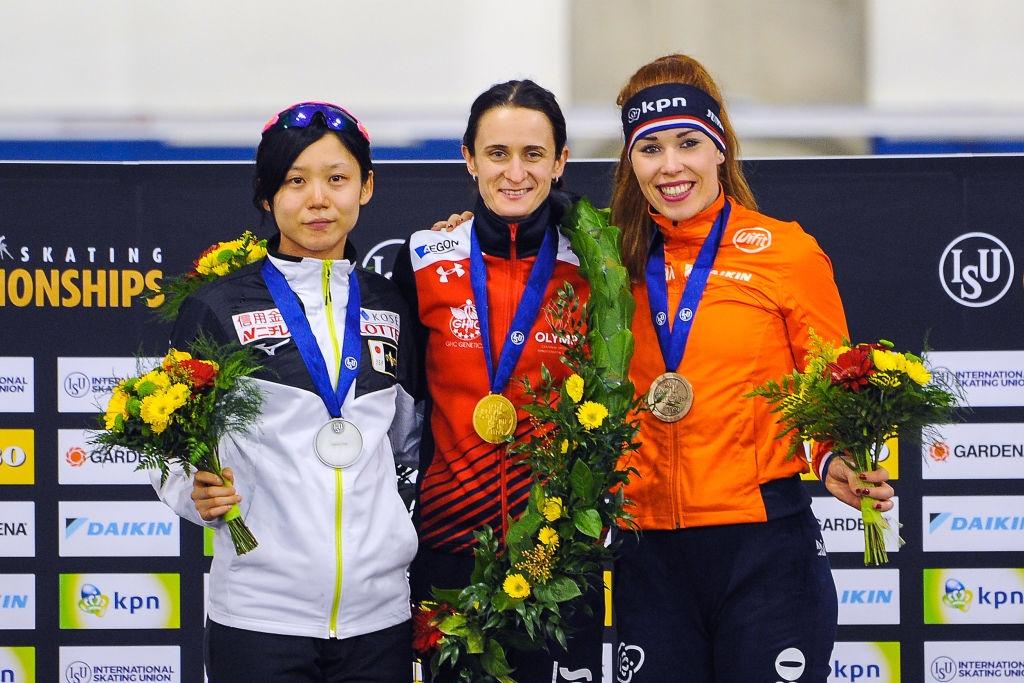 In the end it took two long-distance world records for the Czech Republic’s endurance specialist Martina Sáblíková to see off the considerable challenge posed by reigning champion Miho Takagi of Japan and claim her fifth world title. In a classic battle between speed and stamina, the latter won in the ladies' World Allround Championships at the 1988 Olympic Oval in Calgary, Canada. But it did not come easy. Away from the intriguing battle for gold and silver, Antoinette de Jong took home the bronze medal for the Netherlands. 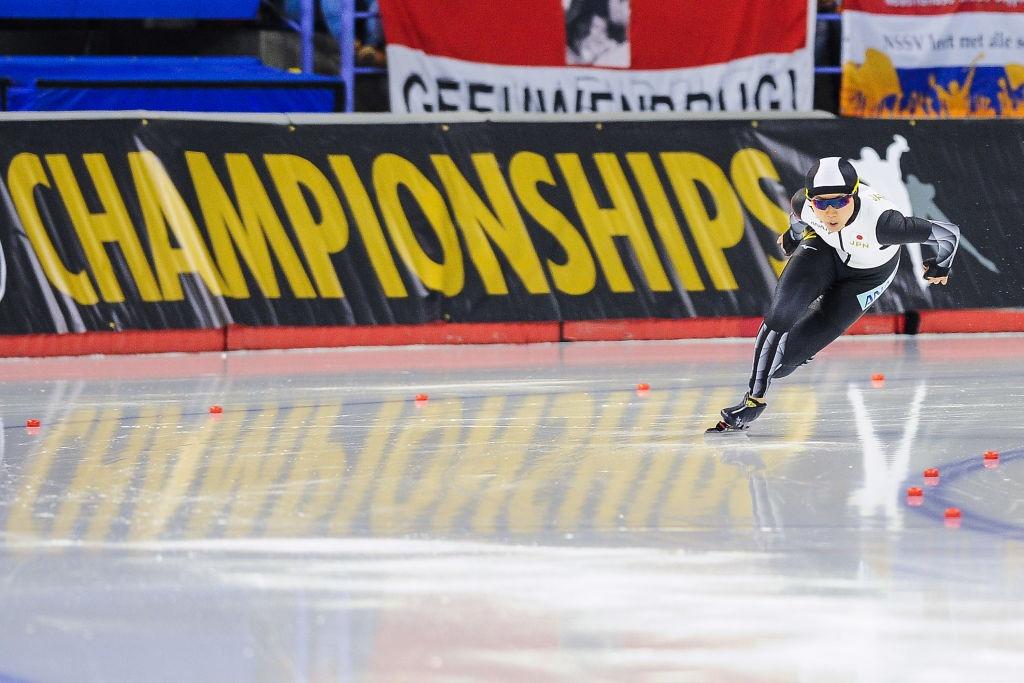 Speed-merchant Takagi started the second day with a 2.88-second lead over Sáblíková in the 1500m, but knew she had to increase that margin if she were to hold off the 5000m world champion over the final distance.

The rivals faced each other in the final pairing of the 1500m, and Takagi quickly powered away from her opponent. The Japanese took one second in the opening 300m, and increased her lead with 0.3 and 0.7 seconds in the first two full laps, but Sáblíková won back 0.4 seconds in the final lap.

Takagi set up a grandstand finale by winning the matchup, and the distance, in 1:52.08, while Sáblíková stopped the clock at 1:53.70 to finish fourth overall.

Ireen Wüst (NED) and Ivanie Blondin (CAN) came second and third respectively. The Dutch 1500m world champion had set her sights on the world record in the penultimate pair, where she faced compatriot Antoinette de Jong (NED). Wüst had the fastest 700m split of the field, but soon found out that the world record was a bridge too far, finishing in 1:53.48. In a performance enjoyed by the home crowd, Blondin set a personal best to finish third in 1:53.59.

De Jong crossed the line in 1:53.96 to take fourth place in the distance, allowing her to hold on to third place in the classification.

Another world record for Sáblíková 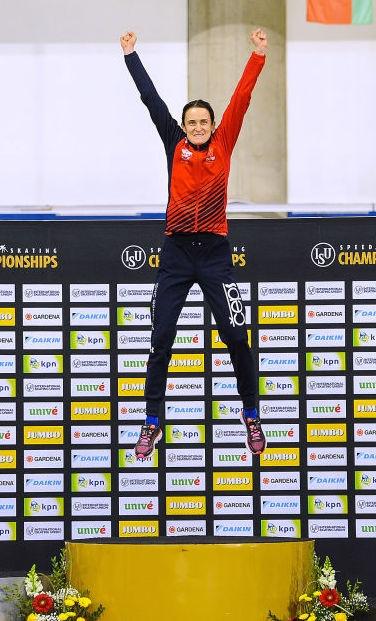 Takagi's coach, Johan de Wit (NED), had hoped for a 20-second lead for his skater heading into the 5000m - in the event, they both had to settle for a 14.99-second margin over Sáblíková.

Skating in the penultimate pairing, with Takagi to follow her on the ice, the 31-year-old four-time champion from the Czech Republic had to set the bar as high as she could - and she did.

Having beaten Cindy Klassen's (CAN) 3000m world record on Saturday, Sáblíková pressed her way to another world-best time, finishing the 5000m in 6:42.01, trimming her own previous world record of 6:42.66.

"I got special power today from Cindy Klassen," the newly minted world champion said. "She wrote me a message after the 3000m to congratulate me yesterday, and she wished me luck for today."

Takagi tried everything she could in the final race, but soon found out that maintaining a time ahead of Sáblíková’s, even with a 15-second lead, was not feasible.

"After the 1500m I said to myself ‘it's possible’," last week's runner-up in the World Sprint Championships in Heerenveen said.

"I wanted to skate a Japanese national record (6.55.07), which would have been enough for the title, but it's such a tough tournament… exciting, but super tough.

Takagi finished in 7:02.72 for eighth place in the distance and her second silver world championship-medal in eight days. 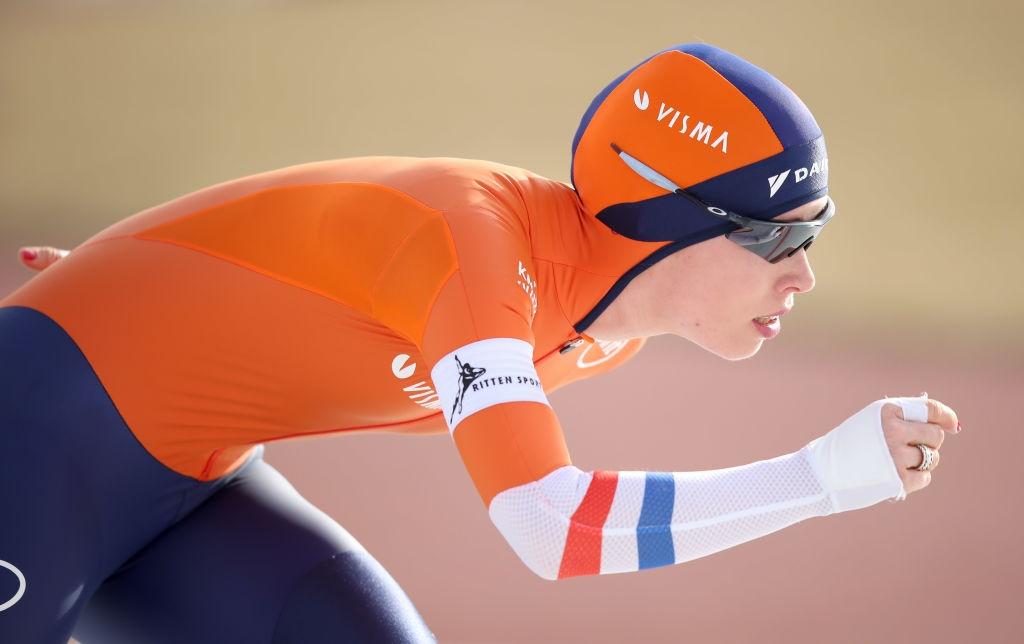 "Looking back I should be happy with a bronze medal, but it's frustrating to know I could have done better," said Antoinette de Jong (NED) Calgary 2019©International Skating Union (ISU)

Antoinette de Jong finished the 5000m in 6:56.26 to hold on to third place in the overall classification.

"The only 100 meters I skated well this weekend were the last 100 meters of the 500m on Saturday," The European Allround Champion said.

"Everything else was bad. In none of the races did I have the calmness to execute my technique well, I was wasting energy all the time.

"Looking back, I should be happy with a bronze medal, but it's frustrating to know that I could've done better.

"Then again, look how good Sáblíková skates, and how fast Miho Takagi is in the short distances. I have to be satisfied with this result."

The ISU World Allround Speed Skating Championships will be available in some countries on the ISU Skating Channel.

Roest rules roost at end of World Allround Day One