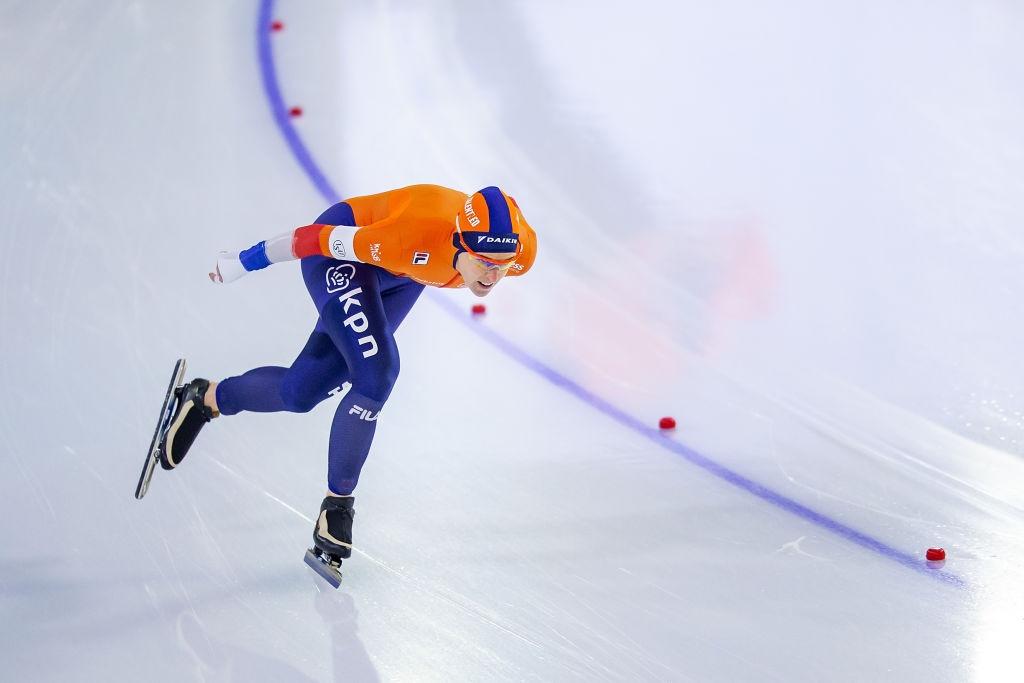 Ireen Wüst (NED) added a title she did not have yet to her impressive list of honour at the opening event of the ISU European Speed Skating Championships on Friday in Heervereen (NED). The reigning Olympic Champion left Russians Yevgenia Lalenkova and Yekaterina Shikhova behind to win the ladies' 1500m. Angelina Golikova, Olga Fatkulina and Daria Kachanova (RUS) made amends for their compatriots, winning the ladies Team Sprint.

Wüst started in the eighth of ten pairings, against her long-time rival Martina Sáblíková (CZE) and she paced her race well, leaving Sáblíková behind from the start and finishing with a 31.16 second final lap to stop the clock at 1:54.88.

Sáblíková was the only one to skate faster in the final lap, but the Czech endurance specialist was too far off the overall pace to have a shot at the podium. She finished fifth in 1:55.52.

Wüst was happy with her final lap, but not so much with the rest of her race:

"I'm moderately satisfied. The first 300m was not the way I wanted, the next lap neither, therefore I had to do it all in the final lap and that appeared to be the right tactic today."

Shikhova started in the final pairing and knew what she had to do to beat Wüst:

"It's always nice to see the [other] skaters before. They skated really fast and that gave me motivation in My own race." 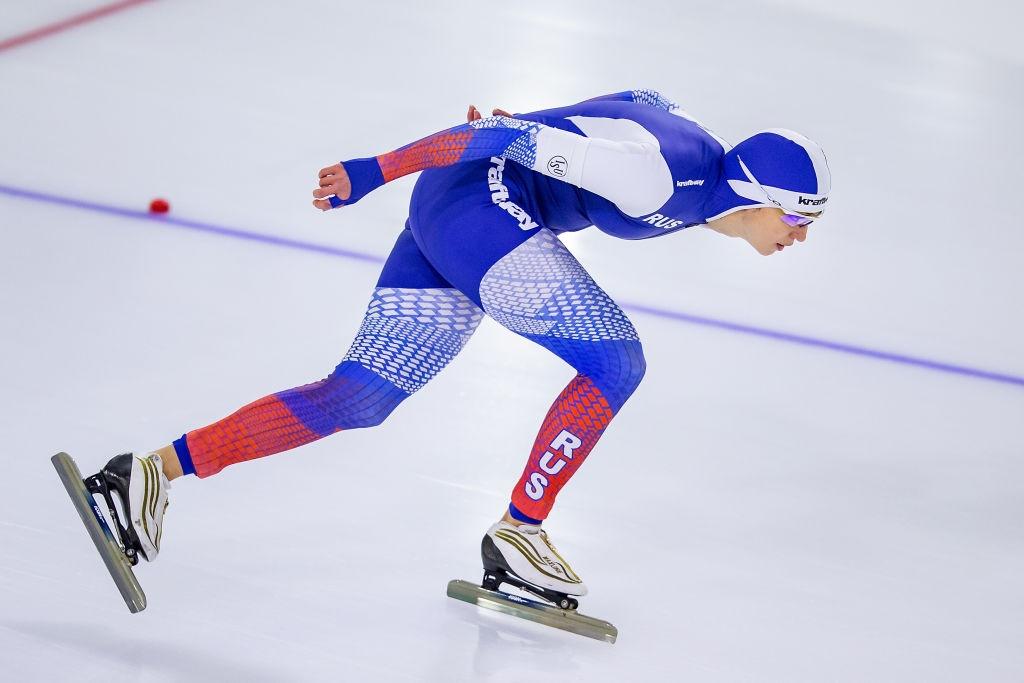 Knowing what to do, is easier than executing that plan, however. Shikova was a little faster than Wüst in the first 300m and also had a small advantage at the 1100m split, only to bow her head in the final lap. The Russian finished in 1:55.31.

"I started a little too relaxed in the first lap," Shikhova said. "That was a big mistake. I think that if I would have skated the fastest first lap, I could have had a bigger gap before heading into the final two laps."

Shikova's missed out on Wüst's time, and eventually had to settle for bronze behind compatriot Lalenkova, who had set 1:55.22 to be on top after the fifth pairing.

"I did not know whether it would be enough or not. With every pair on the ice [after me] I was praying please…"

Although she got beaten by Wüst, Lalenova was all smiles: "This is my first medal at the European Championships, of course I'm happy." 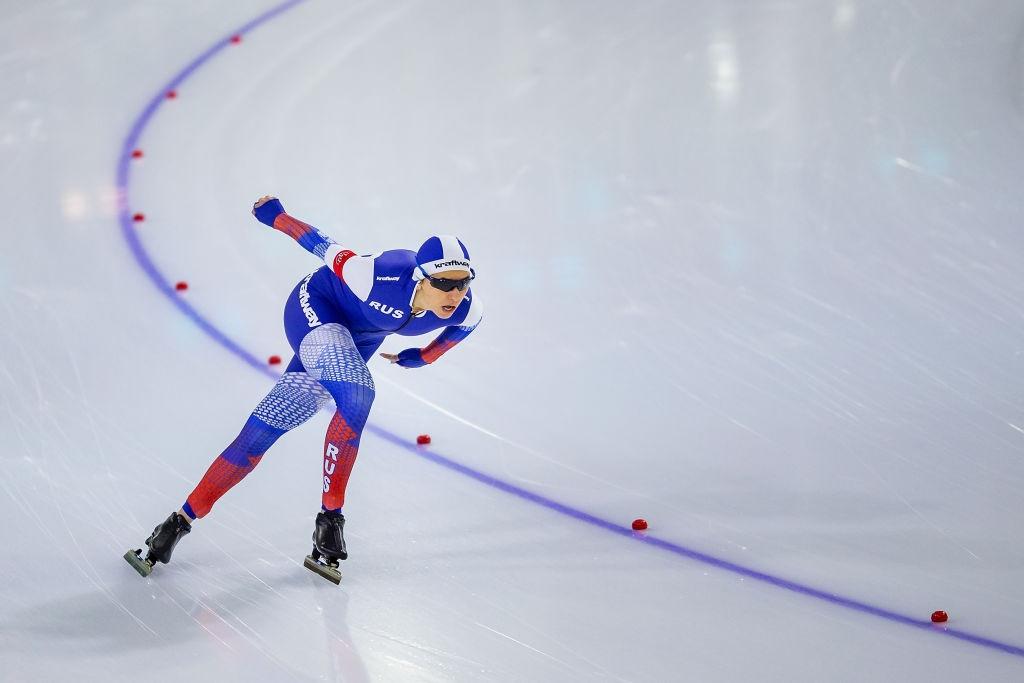 Before Friday's 1500m Wüst had already collected a total of eleven medals in European Allround Championships, but she had not skated at the first European Single Distance Championships two years ago in Kolomna, Russia, so her 1500m gold was a first.

"Yes it is," Wüst said. "I'm super happy, it's super cool to become European Champion in front of an almost sold-out Thialf [Stadium]." 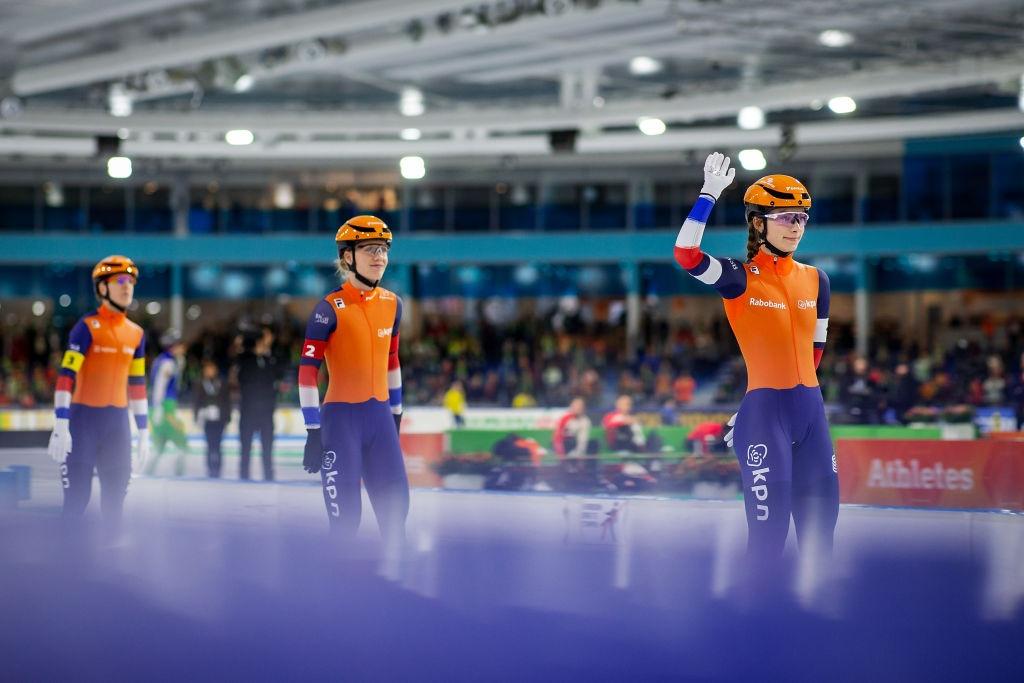 "It's very special to skate in this fantastic atmosphere," Wüst said. 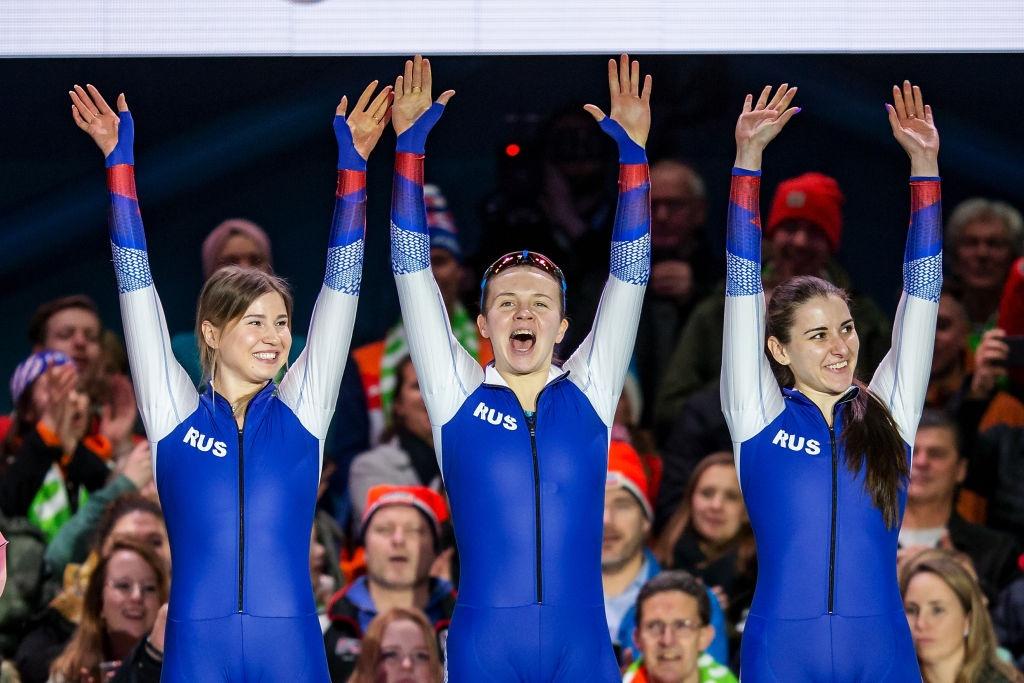 The Dutch ladies, who had won the Team Sprint World Cup albeit in a different line-up, finished in 1:26.62. The Russian ladies took gold in a championship record of 1:26.17, with Poland taking bronze in 1:28.25.