Kai Verbij (NED) blew his chance to take a third consecutive European Sprint title crashing fifty meters into his first 500m race on Saturday. The defending champion left the field wide open and his good friend and teammate Thomas Krol (NED) stepped up to the occasion taking the lead after the first day of the Men’s sprint championships on Saturday. Angelina Golikova leads the Ladies’ Sprint tournament after winning the 500m and coming fourth in the 1000m. 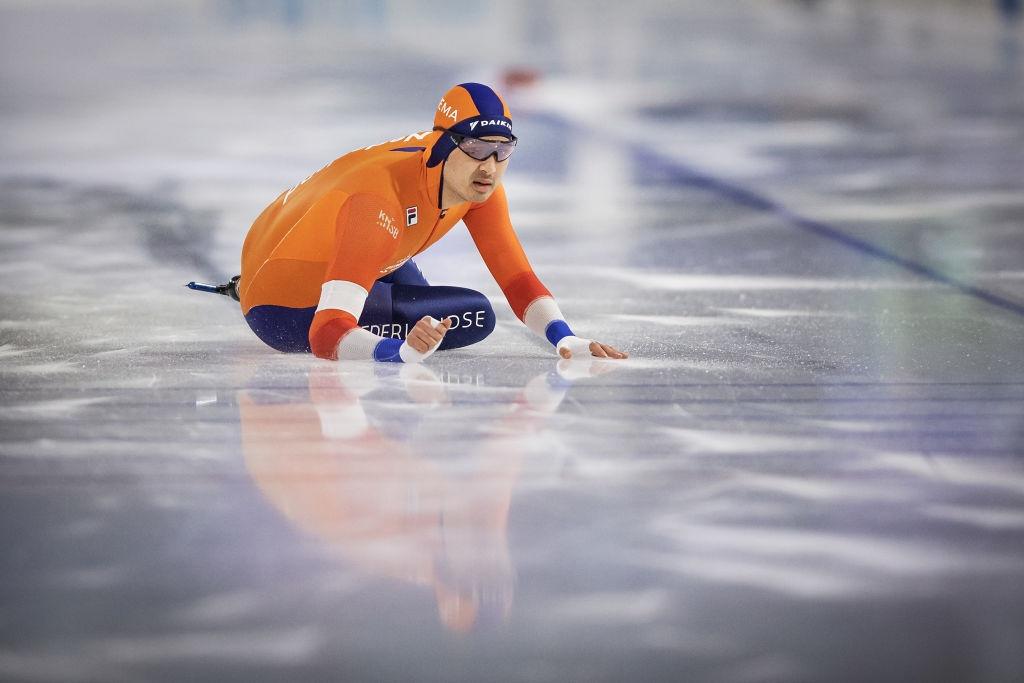 “At this moment, I’m just gutted,” Kai Verbij said after he crashed out of the tournament, just seconds into his race. “That’s sprinting. You take risks and sometimes you blow it. My tournament was over after 50 meters. Actually, my start went very well but then I hit the ice with the point of my skate after some 40 meters. Initially I could correct it but after the second and the third time, the crash was inevitable.” Verbij took second place in the 1000m later in the afternoon but it did not offer much consolation. “Not to have the chance to defend my title tomorrow is devastating.” 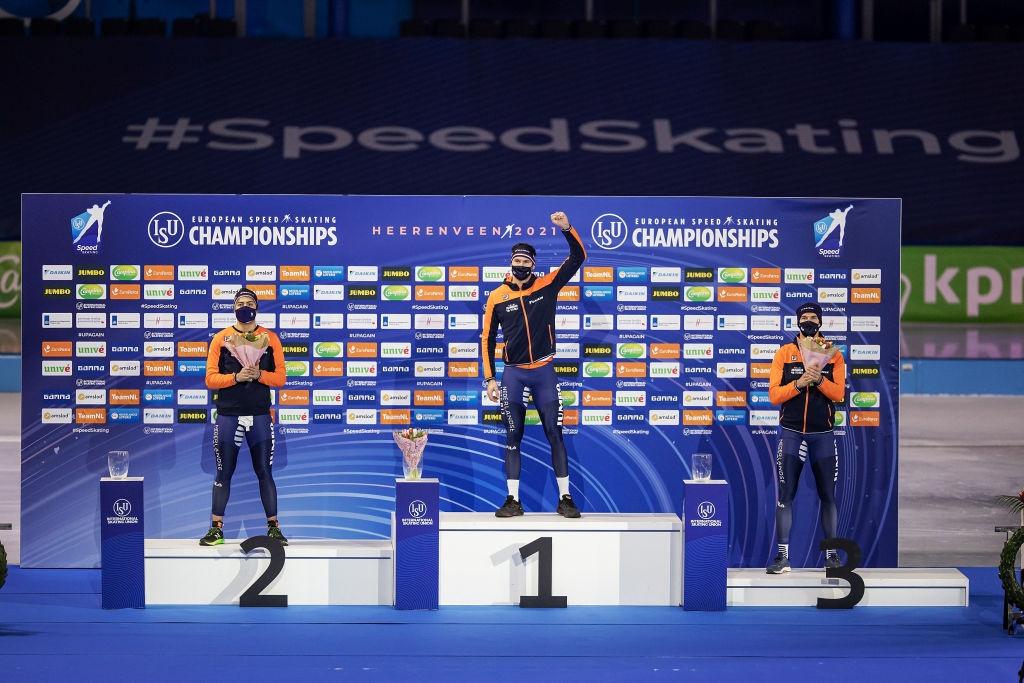 Krol steps up
When the champion crashes, there will always be a new champion. With Verbij out of contention, his good friend Thomas Krol (NED) might prosper in Heerenveen. The European 1500m champion started his tournament with a personal best of 34.90 seconds in the 500m and really hit out at his rivals in the 1000m.

“I’m super happy to skate a 500m under 35 seconds for the second time. The first time was in a training race so this time it’s really official. But my 1000m made me even more happy. That’s where I really make the difference, especially in my final lap. I was lucky with the final cross-over [to be able to draft behind] Joel Dufter (GER).”

In the 500m Krol came fourth behind Russian Viktor Mushtakov (34.69s), Dufter (34.79s) and compatriot Hein Otterspeer (34.85s), but after the 1000m he convincingly leads the standings with a 0.34-second margin over second-placed Otterspeer in Sunday’s 500m. Dufter is ranked third and has to make up 0.43 seconds to catch with Krol in the second 500m.

Angelina Golikova started the Ladies’ tournament with a 500m win in 37.27s, ahead of Dutch prodigy Femke Kok and defending champion Vanessa Herzog (AUT). The Russian followed it up with a solid one minute,14.67 seconds for fourth place in the 1000m and found herself on top of the rankings after the first day. She explained how she had improved her 1000m, which has previously been her Achilles heel: “I feel very comfortable in the 500m and that left me time to think about improving in the 1000m. In the past I was always afraid for the second lap. I analyzed videos and I found that I was not able to stay low in the final part of the race, so now I keep telling myself to stay low towards the end and that helps.”

Leerdam second despite many errors

Jorien ter Mors (NED) won the 1000m in 1:14.10, just 0.05 seconds ahead of compatriot Jutta Leerdam, who is ranked second after day one, but was far from satisfied with her performance in both the 500m and the 1000m. “Everything I could do wrong, went wrong. That’s good, because I know I can go a second faster in the 1000m and I can also go faster in the 500m. The tournament is four distances and the damage is limited, so I can still end up on top.”

Femke Kok, who came third in the 1000m in 1:14.62, starts the final day in third place, 0.23s behind Golikova in Sunday’s 500m. The 20-year-old sprinter was happy to be in contention at her career-first European Sprint Championships: “My 500m was not very good. I just made too many small mistakes but I’m happy to be where I am. Tomorrow will be exciting. I think everything’s possible.” 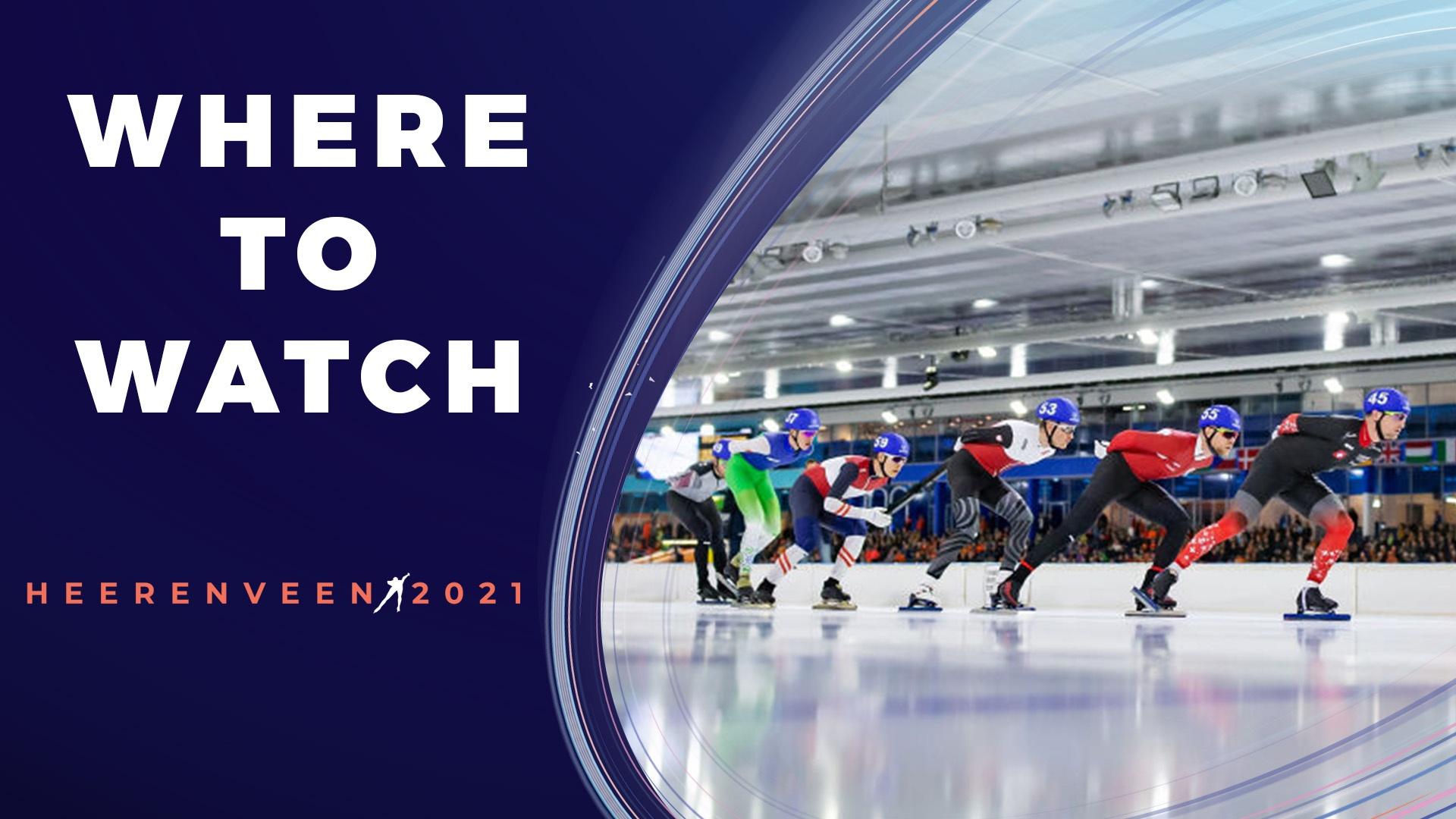