Nils van der Poel did what many thought to be impossible in modern Speed Skating on Sunday: breaking a world record on a sea-level rink. The 24-year-old Swede clocked 12 minutes, 32.95 seconds to win the world title in the 10,000m, an event he labeled ‘the soul of Speed Skating’. In the preceding 1500m, Thomas Krol (NED) got up again with a gold medal, having been disqualified for two false starts in Saturday’s 1000m. 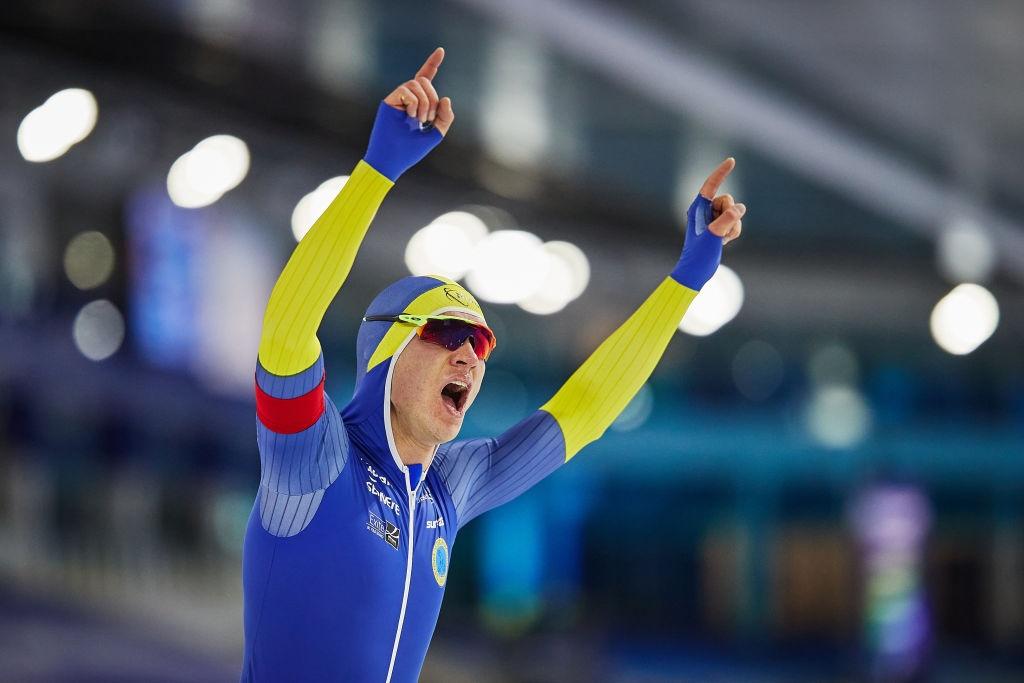 Before he started in the third of six pairings in the 10,000m, Nils Van der Poel, who won Sweden’s first title in the history of the ISU World Single Distance Championships on Thursday when he claimed 5000m gold, paused for reflection. “I thought,” he said, “this is the first time that I’ll do a race where people expect me to win, and that is quite an uncomfortable feeling.”

All Van der Poel could do was stay true to himself and enjoy the physical challenge that is skating 25 laps on the ice, because enjoying what you do is key to his sports philosophy. 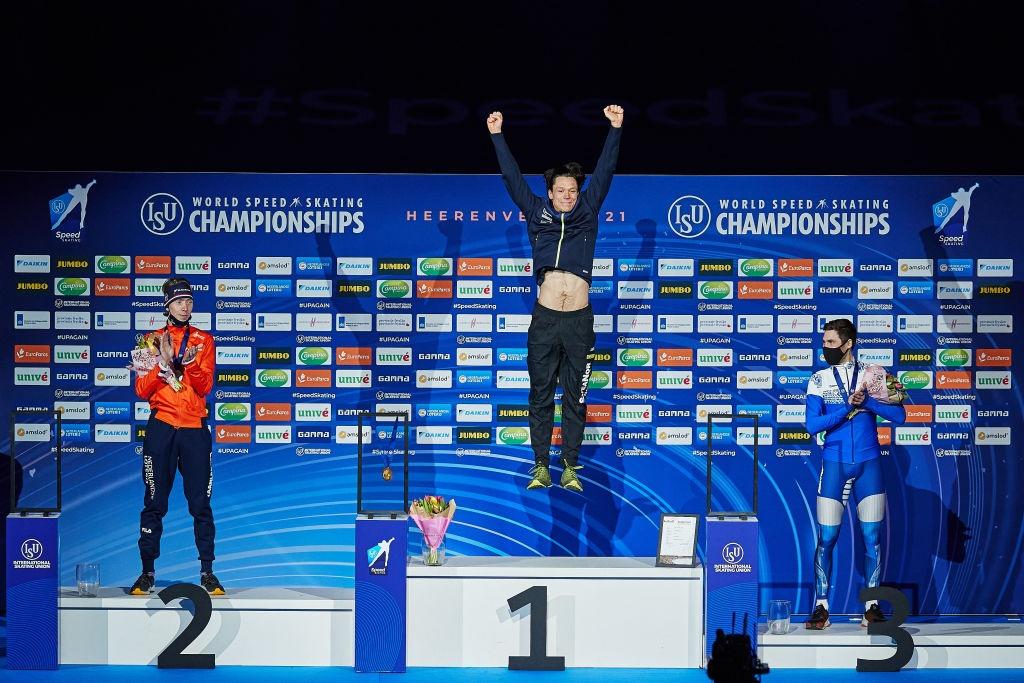 And he enjoyed himself for 12 minutes, 32.95 seconds, 0.91s less than Graeme Fish (CAN) had enjoyed himself when he skated his world record at the World Championships at the high-altitude track in Salt Lake City last year.

World record times at sea-level have become rare in the past decades because air pressure is lower at high altitude and air resistance is a Speed Skater’s biggest enemy.

Van der Poel might have been the only one who believed that he could break the world record in Heerenveen on Sunday.

“I wasn’t surprised,” he said. “We have trained for this for 20 months. We did training sessions in the past weeks and looking at the statistics of these sessions we concluded that the world record was in reach this weekend.”

Despite anticipating skating a world record, Van der Poel went crazy with delight when he indeed managed to pull it off. But Van der Poel knows that he himself can be beaten tomorrow. “I think I motivated a lot of guys today and they motivated me too,” he said.

And next year, the question is: who will come away with the Olympic title? Van der Poel, who described the 10,000m as “the soul of Speed Skating”, added: “The key to this was 20 months of consistency and if you look at Fish now, that’s exactly what he’s doing, training and not competing this season. The preparations for this are similar to what Fish will have for the Olympic year and he’s going to be great and motivated.” 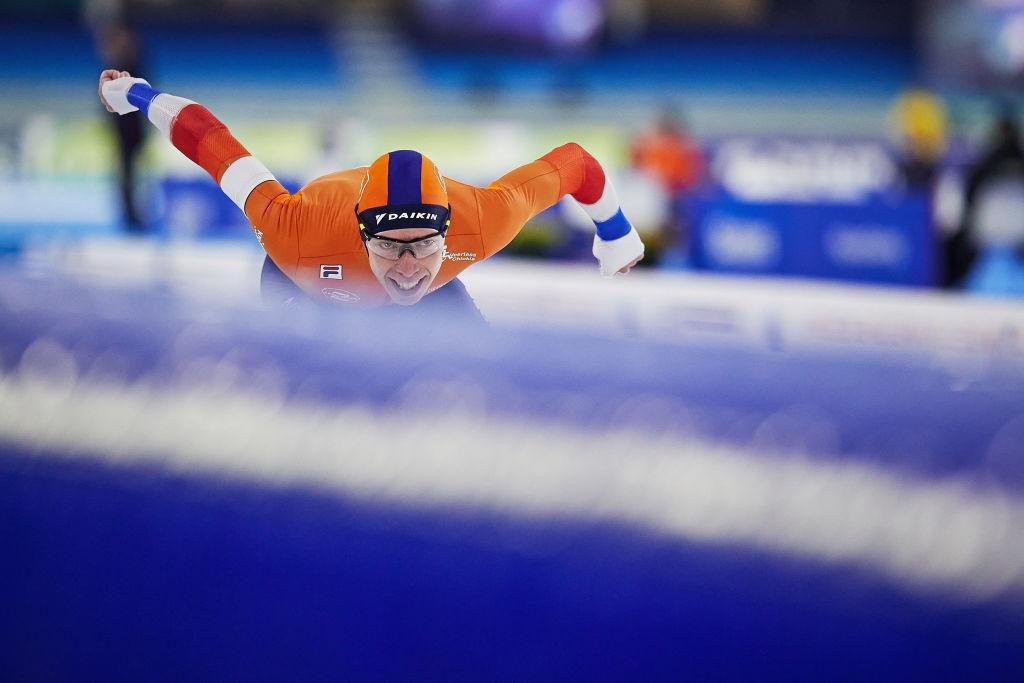 After Van der Poel had set his world record, his opponents could merely bow their heads. Jorrit Bergsma (NED) settled for silver, clocking 12:45.86.

“Of course I want to go for gold but I knew that was not feasible for me today. What Van der Poel does is very impressive.”

Rumyantsev’s bronze was his first individual World Championship medal and the experienced skater is aiming for another podium in Beijing next year. “I’m 34 years old. I guess it would be great to finish my career with an Olympic medal next year,” he said.

Krol gets up again

Thomas Krol and Kjeld Nuis walked to the track together before the Men’s 1500m on Sunday morning. The respective 2019 and 2020 champions discussed their times and chances. Nuis explained: “We saw the winning time in the Ladies’ 1500m [1:54.61]. Usually [the men’s winning time] is about ten seconds faster…” 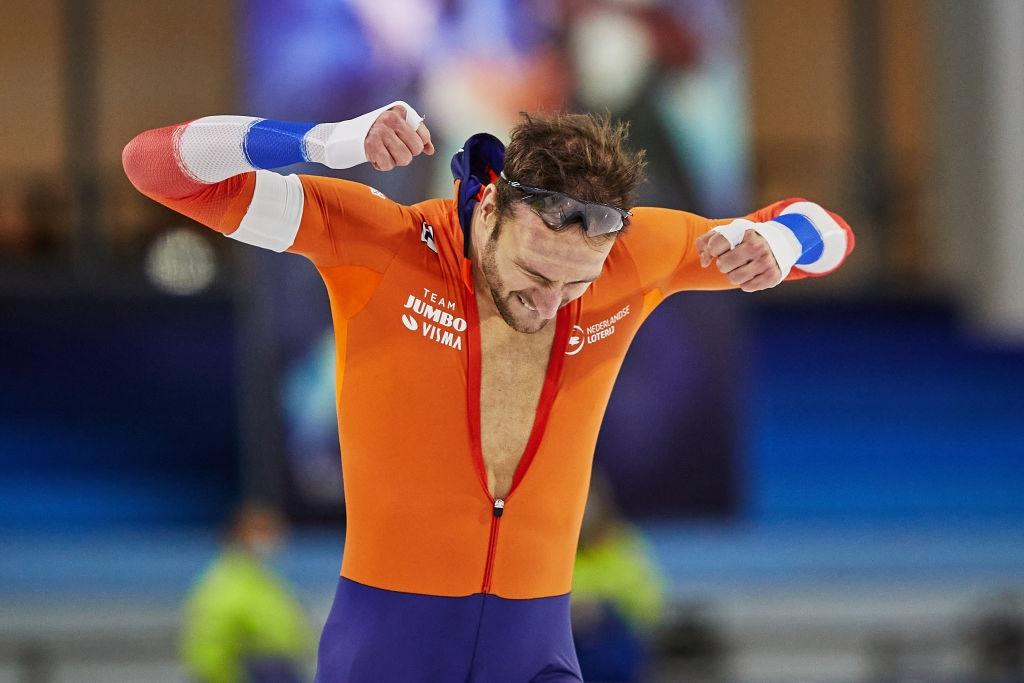 When Nuis clocked 1:44.11 in the third-last pairing, he therefore hoped it would be enough for the title but knew that Krol was still up in the final pairing and Nuis had not been able to beat his countryman in the 1500m this season.

Krol had watched the third movie in the ‘Lord of the Rings’ series on Saturday night to divert his thoughts from that day’s disqualification.

“It was a tough weekend, mentally, in many respects. Yesterday was a nightmare from which I wanted to wake up as quickly as possible. I can only blame myself [for the two false starts in the 1000m] but regardless of that result I knew that I would have another super chance today.” 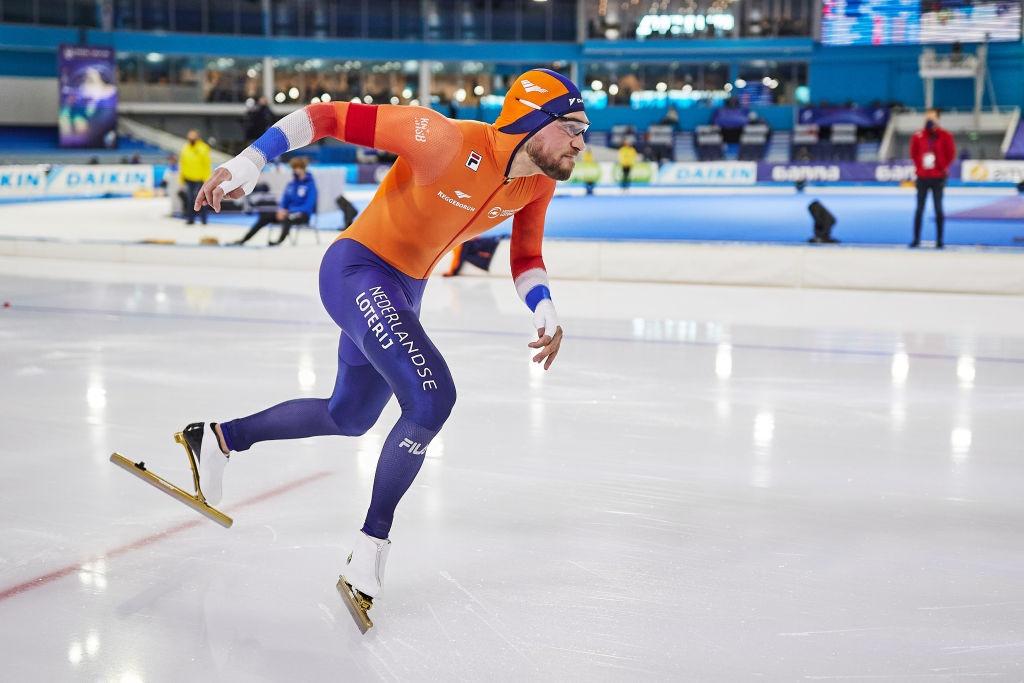 And he used that chance to its full potential. With a faster opener than Nuis, Krol managed to stay ahead for the whole race and even though his final straight was difficult, the gold was his in 1:43.75.

“To skate in the final pairing of the World Championships is not easy,” Krol said. “You know all the previous times and that can distract you. But I prepared well for that and if you win it, it’s most beautiful in the final pairing because you know you’ve got it straight away.”

Nuis saw it and knew it too: “My own race was good,” he said. “I skated well and though my last 50 meters did not look like skating anymore, I would not have made it anyway. It hurts that I lost my title, but Thomas is the rightful winner. He skated so well.”

Krol and Nuis were in a league of their own in the 1500m, with Patrick Roest coming third in 1:45.49. The Dutchman leaves the Heerenveen bubble with shattered dreams. Despite a cabinet full of World Cup gold medals, and the Team Pursuit World title, he still yearns for that much-coveted individual World title.