Laurent Dubreuil (CAN) made his mark in the 500m but Thomas Krol (NED) hit back in the 1000m on the first day of the men’s Sprint Tournament at the ISU World Speed Skating Championships in Hamar. With a solid third place, Dubreuil managed to limit the damage in the 1000m and the Canadian heads into the second day as leader. Krol is second with Kai Verbij (NED) sitting third.

Canadian Dubreuil hit hard in the first race of the sprint tournament. After his disappointing fourth place in the shortest distance at the Olympic Games in Beijing, he showed why he’s on top of the World Cup ranking, winning in 34.58 seconds. Dubreuil could even afford a false start and little mistake in the final corner, which he managed to correct with a short-track reflex, keeping balance with left hand on the ice. 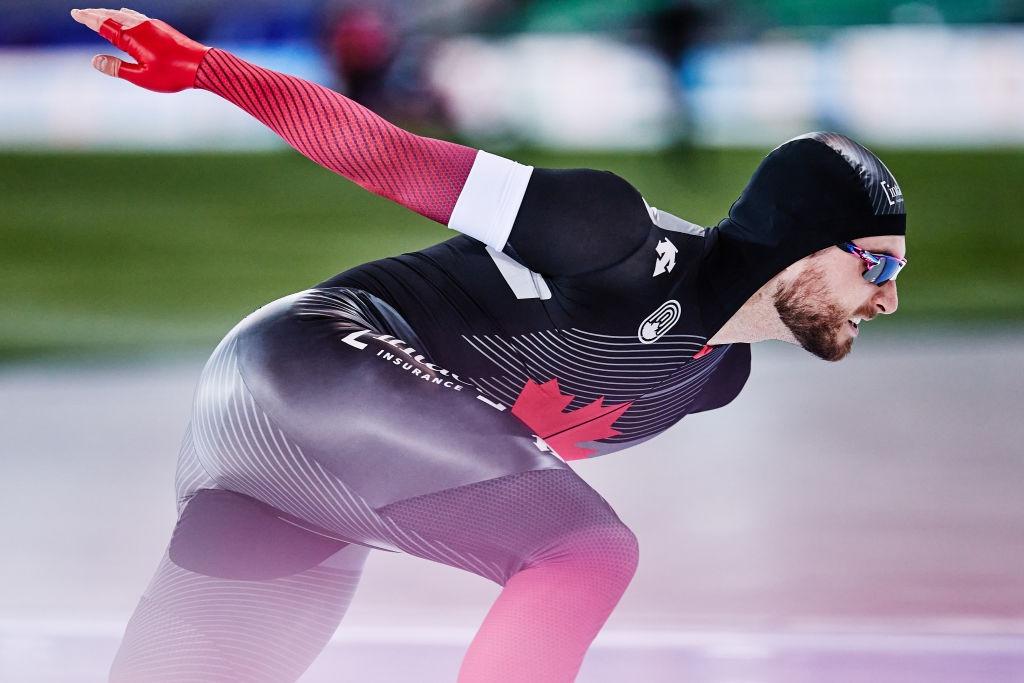 Tatsuya Shinhama (JPN) had the fastest opener of the field in 9.56s but the title defender from Japan was a little slower in the full lap than Dubreuil, coming in second in 34.71s. Behind Shinhama, three more skaters managed to set sub-35s  times in the 500m. Piotr Michalski (POL) was third in 34.79s, Verbij fourth in 34.83s and Wataru Morishige (JPN) fifth in 34.89s.

Dubreuil did not want to compare his Olympic 500m race with the World Sprint Championships in Hamar, saying: “Gao Tingyu (CHN) and Cha Min Kyu (KOR) were not here today and Wataru Morishige got sick this week. The three guys who beat me at the Olympics were not here or sick, so the level is a bit lower. But that’s normal because to skate here you have to be good at both (500m and 1000m).”

Descending from the Olympic high

Apart from being one of the best 500m skaters in the field, Dubreuil also knows how to skate a superfast 1000m, which he proved with a silver medal in Beijing.

It had taken him a couple of days to get back into gear for the World Championships and he said: “It’s tough to go from the high of the Olympics and there’s a down after. Training was actually very bad last week. No energy and no drive or desire to go training. I took a couple of days for myself in Oslo, just visiting. It was nice to think about something other than skating and unwind a bit. And after that, it’s the World Sprint Championships, if you can’t motivate yourself for that, you’ve got a problem. In any other season it would be my main goal. I would rather win this than a world singles (title).”

Krol had a similar feeling winding down after the Olympic Games, where the Dutchman celebrated a 1000m gold and a 1500m silver medal. “I even thought, let the season be over now, but this is my first World Sprint Championships and that’s just super cool. When I got on the ice today, I just wanted to perform.” And that’s exactly what Krol did. With a time of one minute, 8.16 seconds, the Olympic Champion broke Shinhama’s 2020 track record by 0.12s. 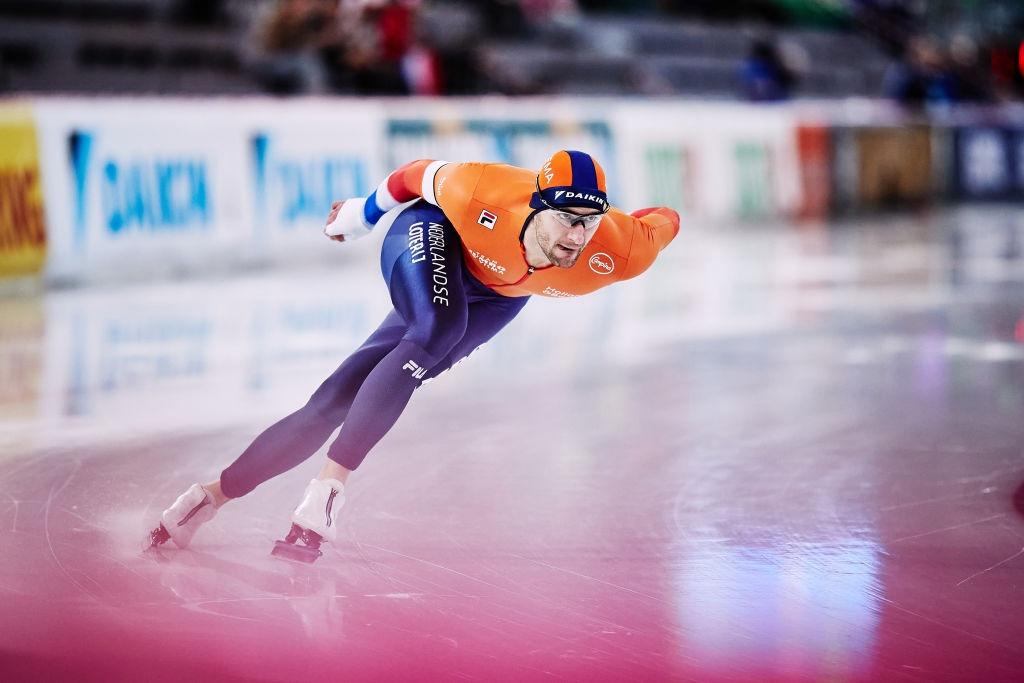 His pair mate and Olympic bronze medalist Håvard Lorentzen (NOR) finished more than half a second later in 1:08.82. With Dubreuil third in 1:08.85, the same three men stepped up to the 1000m podium as in Beijing, with Lorentzen and Dubreuil trading places.

Verbij took fourth place, just like he had done in the 500m earlier in the afternoon, and climbed to third place in the ranking. The 2017 World Sprint Champion skated on new boots. “My body still has to adapt,” he said. “Being third in the ranking is not too bad. You would expect Laurent (Dubreuil) to increase the gap (in the 500m), but you never know. I might have a better day and he could be worse tomorrow.”

Putting the pressure on

Krol is 0.18 behind Dubreuil in the ranking and Verbij 0.30. “He deserves to be on top,” Krol said. “He’s so strong in both distances and my 500m is just a bit too mediocre (to be competitive in a sprint competition).” The Dutchman did not want to bow his head after the first day already, however, saying: “Dubreuil will probably increase the gap in the 500m. I hope to be able to control the damage, and for him as a pure sprinter, the final day may be tougher than for me.” 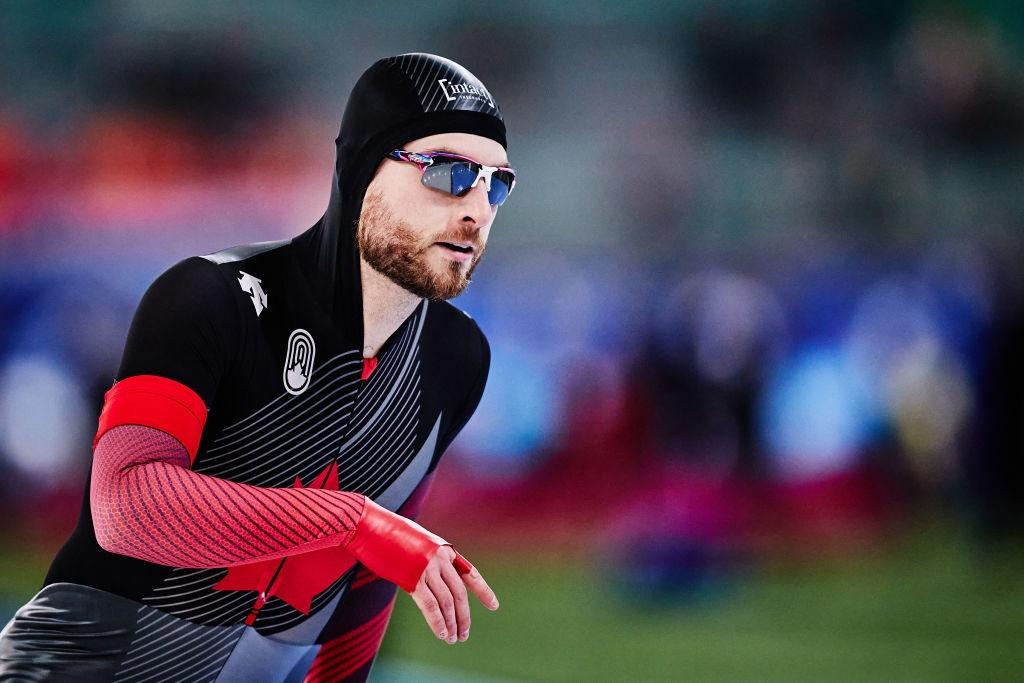 Dubreuil was happy about his position. “Obviously I would have wanted to be a bit more ahead but to be first after the first day with a couple of tenths to spare, that’s good. It’s up to me in the 500m tomorrow to widen the gap, and put the pressure on him (Krol).”