Italy’s Matteo Rizzo has changed his life completely and he is not stopping at this. For the upcoming Olympic season, the 2019 ISU European bronze medalist is exploring a new style for his programs

The past season ended abruptly for the 22-year-old from Milan. Following his 11th-place finish at the ISU World Figure Skating Championships in Stockholm (SWE), Rizzo prepared for the ISU World Team Trophy. But then he tested positive on COVID-19 just before he was scheduled to leave for Japan. “It's been a tough period,” Matteo said. “I was stopped without skating for almost a month and then I had to do a lot of tests to go back on the ice. Thank God everything was okay.” He had almost no symptoms and his doctors believe it helped him that he had gotten his first dose of vaccine in the beginning of March. Nevertheless, the Skater had to spend 16 days isolated in his room at home, with his mother leaving him food at the door, before he was released from quarantine. 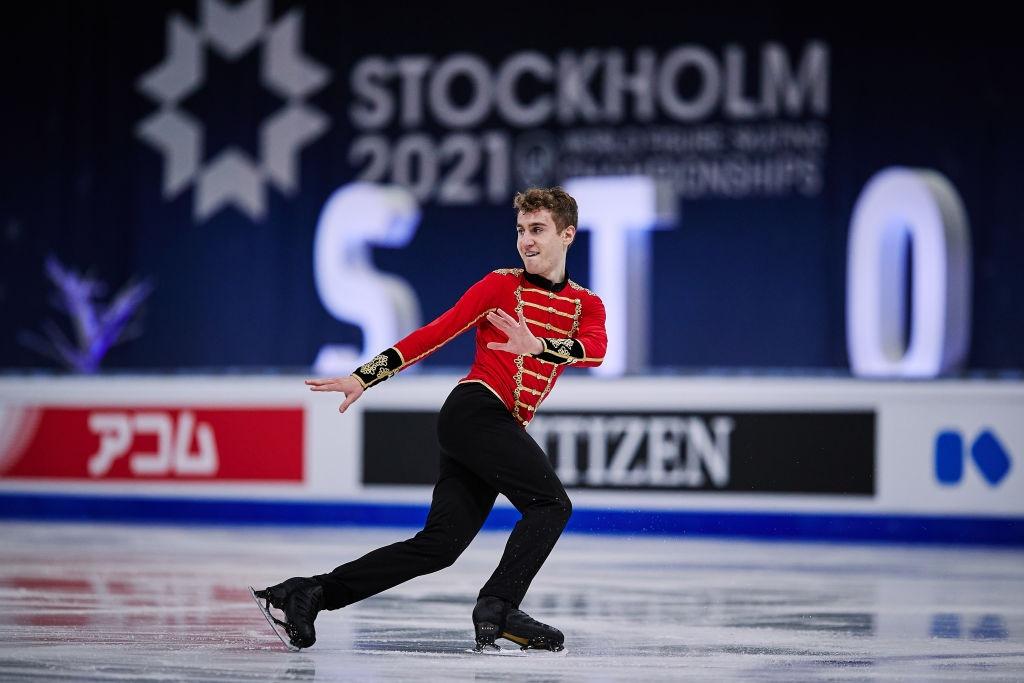 The season preparation started right away after this involuntary break. Matteo went out on to the ice in his training base in Egna, where he skates with Daniel Grassl (ITA), Gabriele Frangipani (ITA) and others under the guidance of coach Lorenzo Magri and his team. In July he went to a high-altitude training camp in France. Now he is back in Italy training.

“I can say that I've made the right choice,” Matteo said. He was looking for a new training environment. “So I tried to understand and I changed completely my life and right now it's working.” He is training on a daily basis with his two direct national competitors, Grassl and Frangipani, something he never did before. “Of course, we are still rivals in competition, because our sport is individual, but we are friends,” Rizzo pointed out. “I think it's great because many, many sports are putting all the athletes together to work as a group and it gives you a lot of things, a lot of motivation, a lot of like practice. So I think I made the right choice to ask Lorenzo to have all practices together in order to improve. This is not just for me, but for everyone.”

However, making this change was not easy. “I cannot say I did with no regrets because of course when you change everything in your life, it's complicated.  I did this for one reason and the reason was to have more chances in my sport and the chances are coming, so I'm happy for that,” the Skater noted.

The 2019 European bronze medalist is exploring new directions with his programs as well. For the first time, he worked with French choreographer Benoît Richaud, who did his Short Program to “Hurt” by Johnny Cash. “It is a very emotional song, but the other one (for the Free Skating) is even more emotional, it's "Two Men in Love" by The Irrepressibles,” Matteo shared. “It is a very, very deep song, and I say silent song, because there are so many silent parts in the music, where I have to give the emotion to the music.” This program was choreographed by former Italian Ice Dancer Massimo Scali. Rizzo looks back at a long and fruitful collaboration with him. “That program is going to be very different. It's not the usual Matteo, the movements, the choreography, the emotions are going to be different. It is good, I think that we really worked together with Massimo to create something that comes from inside,” the 22-year-old explained.

Many Skaters shy away from taking risks and trying new and different styles in an Olympic season. Not Matteo. “I can't say anymore that I am in the beginning of my career. I don't say I'm at the end, but maybe I’ll do the next four years after this Olympic season and then I'm done. So I think that I need to do everything in my career. I wanted to try something new and I think this is the perfect year,” he shared. “It's a very important season. So we hope to understand what the judges and the public want from me, and I think we did. I think in the Olympic season you should do something you really want to do. In that season, if you really get the point of what you're doing, it's going to be amazing for you. It's going to give you a lot of things.”

The most important goal for Matteo Rizzo is “to have a regular season” with many competitions leading up to the highlights Beijing 2022 Olympic Winter Games and ISU Championships 2022. He plans to attend two Challenger Series events before his two ISU Grand Prix of Figure Skating assignments NHK Trophy in Japan and Rostelecom Cup in Russia.