Season Preparation: Getting Your Body and Mind Ready 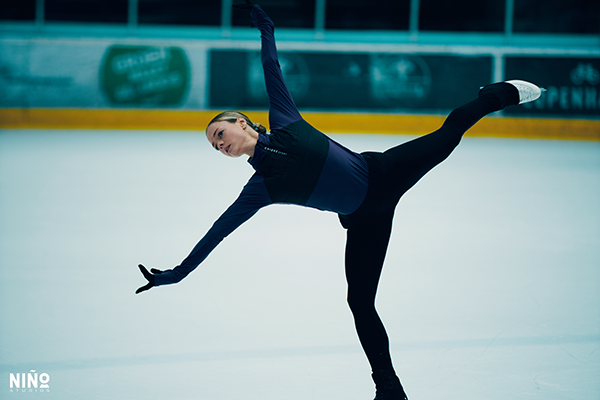 In summer, you can enjoy many photos of Figure Skaters relaxing on the beach or having fun in ice shows, but in fact they are working a lot and very hard. It is not a secret that the foundation for success during the season is laid during the summer. And so the Skaters are taking part in training camps in mountain areas, in special camps for working on jumps or on skating skills, visiting other coaches and trying to learn something new.

“It's good to have these training camps where you focus more on the jumps, the technique for spins, and all technical elements,” coach Jorik Hendrickx explained. “In the season, you work on the programs and they have to be consistent and you're kind of in the same pattern every day just to get those elements right in the program. Now it's nice to focus on different things.”

The coach names building up stamina as one of the key elements during the off-season preparation. “Building stamina for the programs but also stamina for the training period because once the season starts, competing and training takes a lot from your body. So you need to prepare your body that it is a little bit used to more volume of training. Then you can reduce the volume of training during the season, but it compensates with how exhausting competition is. I think now it's really the time to push your body, make your body tired and ‘dead’ and then to recover and go into the competition season,” he shared.

This is what Hendrickx is doing as well with his top student – his younger sister Loena, the reigning ISU World silver medalist. “Mostly I train in Belgium and I am doing a lot of camps with Jorik in Belgium. Now I’m in Slovenia for two weeks, doing a camp where Jorik is a guest coach,” Loena noted. “I’m working to be back in shape, working on difficult combinations and lots of work for my two new programs. My focus is on my programs and all the elements that are in them.” She added that avoiding injuries is a priority for her as well, therefore she is doing specific off-ice exercises as well.

Skaters all over the world are now preparing that way for the new season. “The past weeks and months I was at the IceDome camps with my coach Michael Huth and prepared intensively for the upcoming season”, said 2022 Olympian Lukas Britschgi (SUI). “Now I am back in Oberstdorf and working on my two new programs. Additionally, I am training more quads – Salchow and flip – which gives my training new energy and motivation. The preparations are going well, but there is still a lot do before I’ll be ready for (my season start at) Finlandia Trophy. Mentally I am still quite relaxed as there is still some time before the competitions and I am focusing with my mental coach on the technical challenges of the jumps,” he continued.

However, Britschgi has changed his game plan a bit compared to the past and is not attending as many different summer camps as he used to. “After the Olympic season I wanted to have some more time for my friends, family and studies, which is why I am doing only four weeks of camps. The quality time with my closest people gives me a lot of energy and motivation also for my practices. Nevertheless, I am training every day three to four times except on some days off or active holidays as I have big goals for the next season,” the Swiss Champion explained.

ISU World competitor Nikita Starostin (GER) is participating in several training camps during the summer as well. “I am attending seminars of the German Skating Union and I went to Finland in June. This camp went really well. We had training six hours a day, four of them on the ice plus ballet or dance and off-ice training. After this I felt well prepared and I am getting ready for the season. We went to Finland again for another week in July,” Starostin shared.

There are also special training camps and seminars for Pair Skaters and Ice Dancers, for example the ISU Pair Skating seminar in Oberstdorf this July with 2018 Olympic Champion Bruno Massot (GER) and 2019 European Champion and two-time World medalist Vanessa James (CAN), who recently retired from competing, as coaches.

“As a competitive athlete, the majority of my success during the season was a result of my summer training and preparation”, Vanessa said. “I didn’t attend a lot of training camps, but my coaches, team and federation insured that my physical and mental training were top priorities. During the summer training was all about quantity. Research and quantity. We researched everything that had to do with acrobats and lifting. Acrobats, acrobatic gymnastics, cheerleading, etc. Whatever we created, we repeated multiple times for muscle memory, “progressive overload” consistency and confidence. We focused on technical quality later in the season,” she pointed out.

Now James is embracing her new role as she starts coaching and passes on her experience. “I have always helped or coached other skaters and some of my competitors at the rink during the season,” she offered. “Now as a new full time coach, training athletes for a successful training season, I would say the focus is the same as it was when I was training. Hard work, repetition, consistency and confidence. I try to implement a positive mindset and positive reinforcement. Not every day needs to be perfect, but we should head into each day with the goal to be better than yesterday and pushing us closer to our goals. I hope sharing my own story of perseverance with the next generation with both motivate and inspire them to believe that anything is possible.”