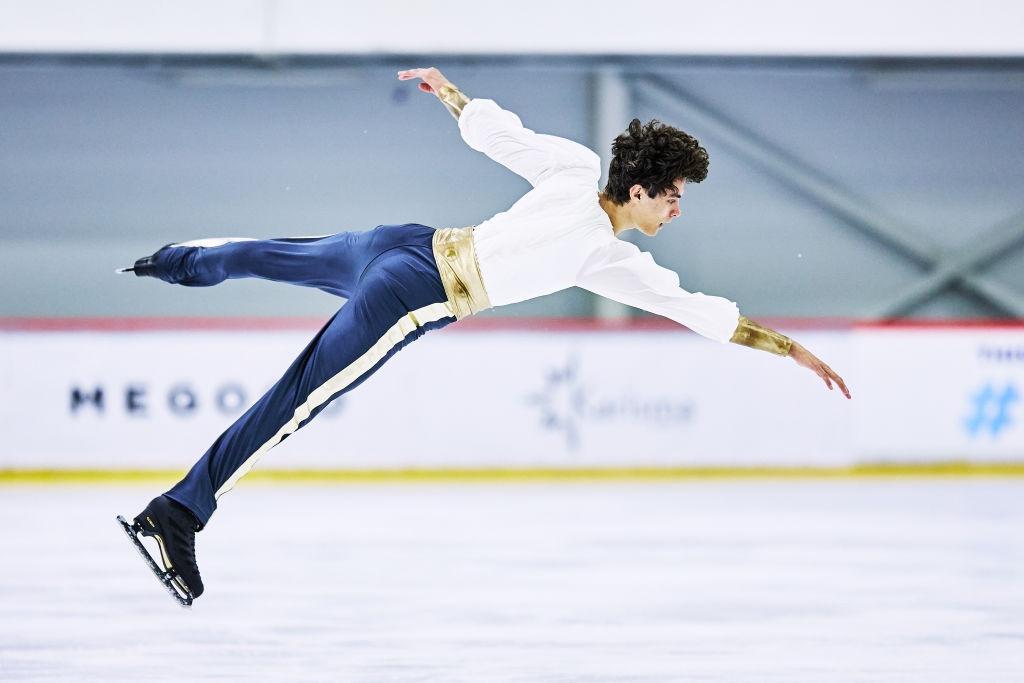 Memola (ITA) skated to a strong lead with a clean Short Program to “Prelude No. 2  in C Sharp Minor” by Sergei Rachmaninov and followed up with an excellent Free Skating to “Samson and Dalilah” by Camille Saint-Saens, reeling off six triple jumps. Only his second triple Axel and a triple toeloop were slightly underrotated. The Italian, who is coached by his mother Olga Romanova, posted a new personal best score in both segments and totaled 225.76 points, winning with more than 25 points to spare.

“I'm happy because the (Junior) Grand Prix Final is in Italy, so I'm going to skate at home,” Memola said. “I will try to do my best and I will try to add a quad to the program, because now I can do the quad but I'm not ready to put it into the program. Now of course I'm happy because I'm first and that's a super goal, but I know that I have to work a lot on every element and I have to start to do a perfect program."

Nakata (JPN) ranked third in Short Program and Free Skating, but overall came second, making himself a nice present for his 14th birthday that he celebrated the day of the Short Program. The Japanese hit a triple Axel in both programs, but messed up the change sit spin in the Short and received no credit for it. He scored 200.17 points total. 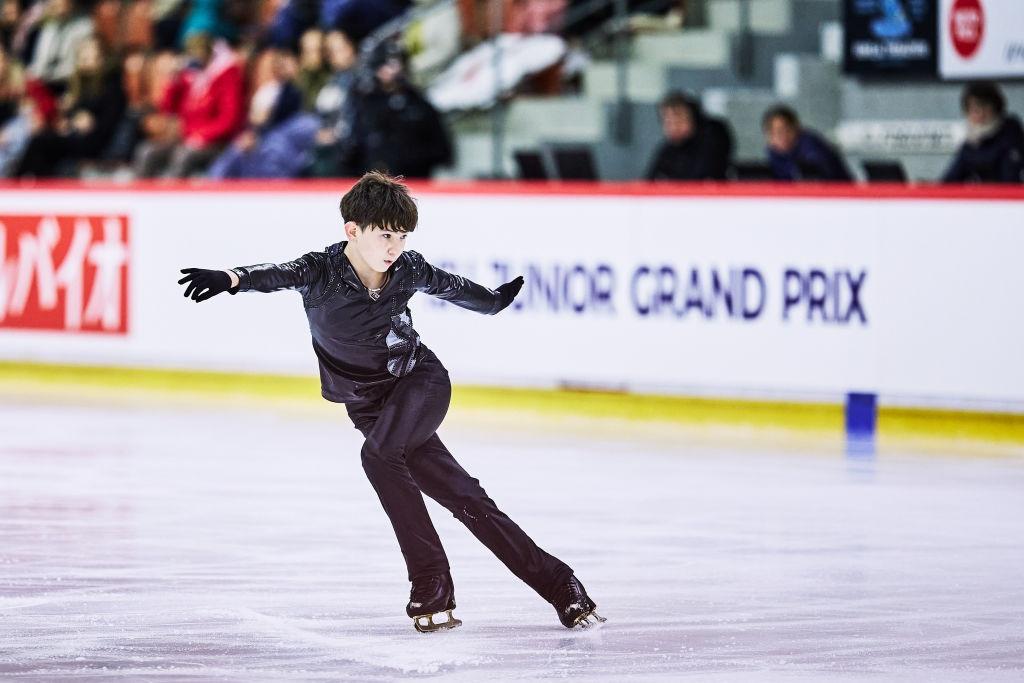 Bralin (KAZ) was fourth in both segments, but pulled up to third to clinch the bronze with 199.38 points, his first medal on the circuit. Tsudoi Suto (JPN) placed second in the Short Program, but dropped to sixth after falling on three jumps.

Jia Shin (KOR) came out of nowhere to skate to the silver medal at the ISU World Junior Championships last April, but now she was considered the top favorite in Riga. The 14-year-old athlete confirmed her status as a leader of the Junior Women and took the gold – her first victory on the Junior circuit after a bronze medal in Gdansk (POL) a year ago. Skating to “The Tree of Life Suite”, Shin nailed five triples, but fell on a triple Lutz. She made no mistake in her Short Program to “The Giving” by Michael W. Smith and scored 194.68 points overall.

“I planned to do a triple Lutz-triple toe in the second part of the program and I was confident about that but I made a mistake, and finally I fell and that made me kind of nervous,” Shin explained. “I had a good Short Program, I got a personal best of over 70 points, so that makes me very happy, that's kind of a highlight moment for me.” 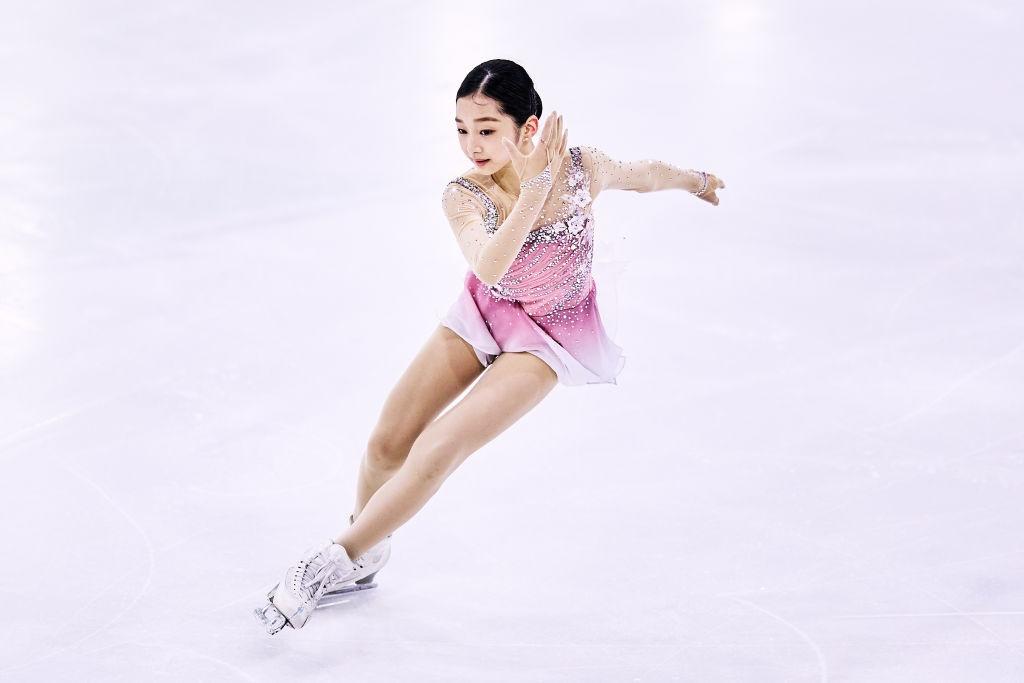 Soho Lee (USA) debuted on the ISU Junior Grand Prix and put out two solid programs to take home the silver with 185.92 points. Bronze medallist Ami Nakai (JPN), another newcomer, went for a triple Axel in the Free Skating, but underrotated it (185.62 points). 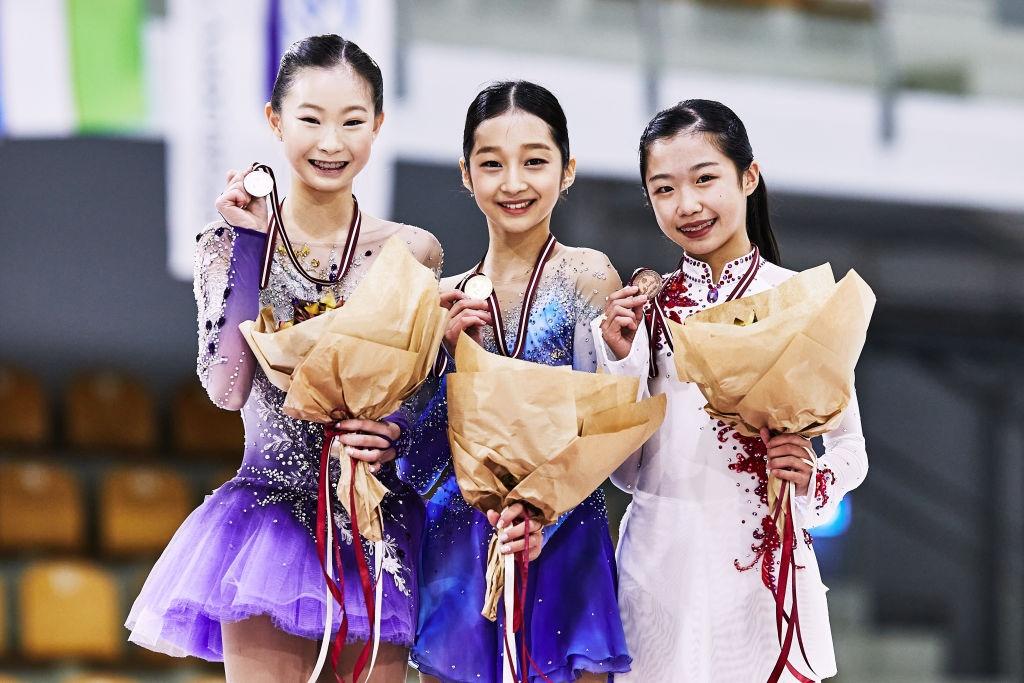 Cayla Smith/Andy Deng (USA) followed Memola’s example in the Pairs event: They came with a silver medal from Ostrava (CZE) and left with the gold from Riga. Ava Rae Kemp/Yohnatan Elizarov (CAN) claimed the silver medal while their teammates Ashlyn Schmitz/Tristan Taylor (CAN) picked up the bronze. 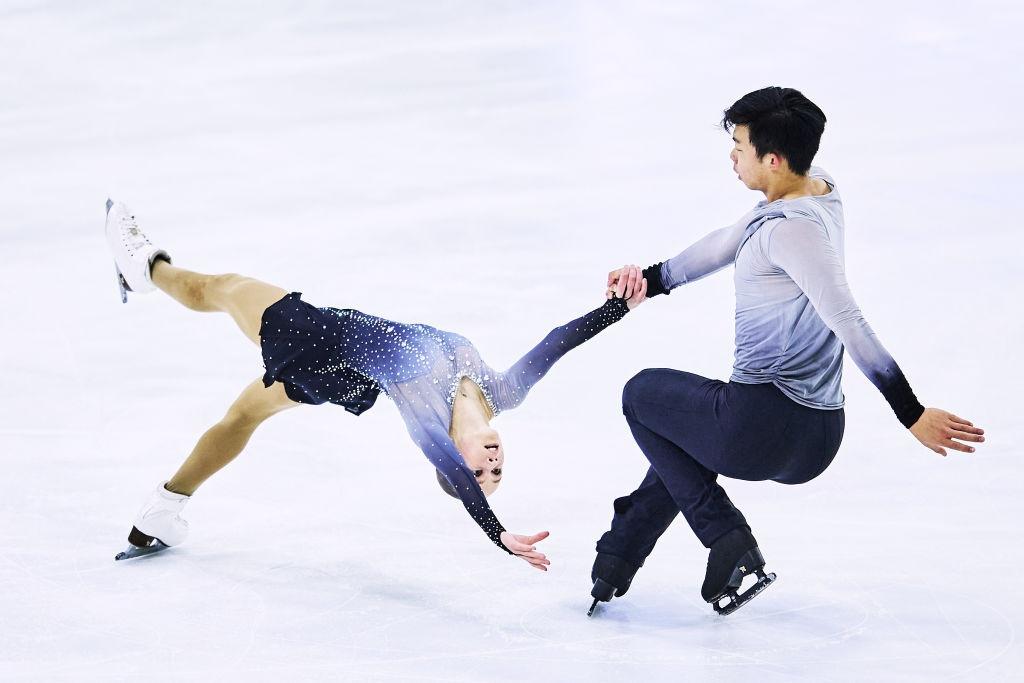 Smith/Deng won the Short Program in spite of a mistake on their double twist. The team defended their lead in their Free Skating set to “Angel and Demon” by Maxime Rodriguez with a much better double twist, but had falls on a double Axel and throw triple Salchow. They collected 137.23 points. “We have to go back home, train, fix all of our mistakes, definitely put in some harder elements if we make it to the Final,” Smith commented.

“That was good, small mistakes here and there, other than that it was pretty good,” Deng said. “Winning in Riga is kind of a combination of all our hard work but it also means that we have to work even harder and get even harder elements in our programs for the Final – a triple twist and I think harder jumps.”

Kemp/Elizarov, who have been skating Pairs only for a year, ranked second in the Short Program and Free Skating. Their only major mistake was her fall on the side by side double Axel (124.73 points). Schmitz/Taylor collected 113.40 points.

Top contenders Darya Grimm/Michail Savitskiy (GER) danced off with gold – and it was their first international medal and the first victory for German Ice Dancers on the ISU Junior Grand Prix since 2001. The Germans overtook Sandrine Gauthier/Quentin Thieren (CAN) with their “Nutcracker” Free Dance that featured level-four twizzles and lifts as well as a level-four dance spin and level-three step sequences. Grimm/Savitskiy were second in the Rhythm Dance to the “Milonga Sentimental”, “Finale Tango Apasionado” and “Tango Codigo de Barra” after they lost a point to an extended lift and had only a level one for their second Argentine Tango pattern dance, but they made up for that in the Free Dance. The couple from Oberstdorf (GER) accumulated a personal best score of 161.42 points.

“It feels incredible, especially since this our first international win and to do that at a (Junior) Grand Prix feels really great,” Grimm shared. “After we were second in the Rhythm Dance, I think it is even cooler that we didn’t stay there but fought our way through to first place,” she added.

“Now we have much better chances to make the Final. Our next Grand Prix is in Gdansk (POL) and we have similar goals there. The Free Dance was almost really good, but there is still a lot of work left to do, it is only the beginning of the season. If there is something we really want to improve, it is the Rhythm Dance,” Savitskiy noted.

Gauthier/Thieren (CAN) turned in a solid Rhythm Dance with two level-four elements. The Canadians, who competed in their first ISU Junior Grand Prix event, left a few technical points on the table in their Free Dance to “Any Other World” and “Sound of an Orchestra” by Mika and slipped to second at 156.92 points. 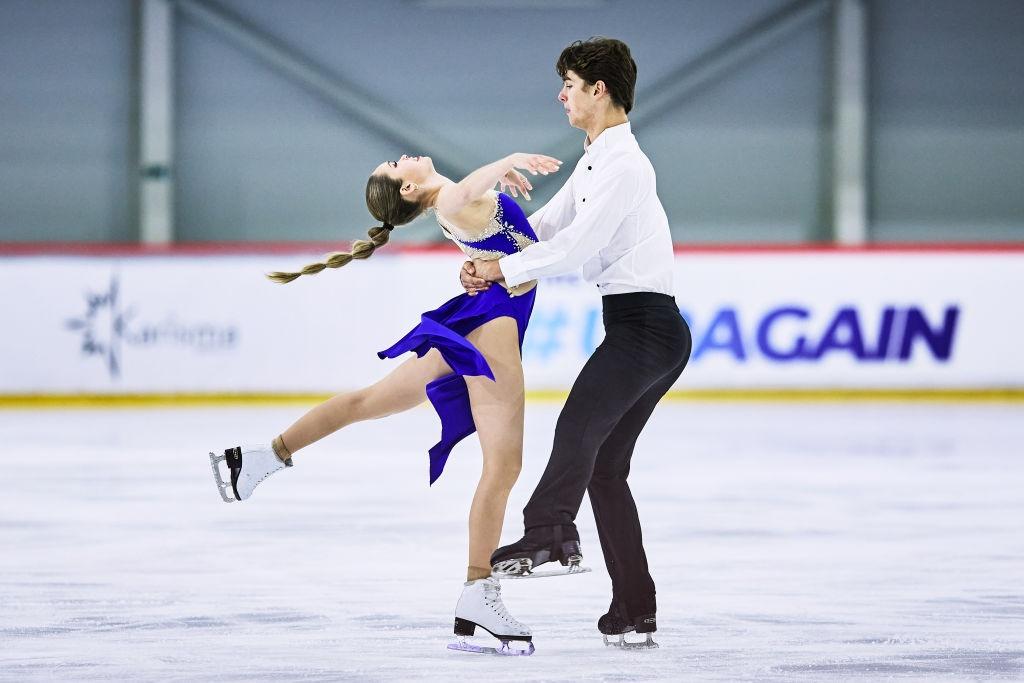 Sandrine Gauthier and Quentin Thieren (CAN) compete during the 2022 ISU Junior Grand Prix of Figure Skating  in Riga, Latvia.  © ISU

Mariia Pinchuk/Mykyta Pogorielov (UKR), who are currently training in Vienna due to the war in their home country, earned the bronze, their first medal in what is their second ISU Junior Grand Prix season (150.28 points).