Evgenia Tarasova/Vladimir Morozov of Russia won the Nebelhorn Trophy in Oberstdorf, Germany on Friday. Germany’s Aliona Savchenko/Bruno Massot took the silver medal and Ekaterina Alexandrovskaya/Harley Windsor of Australia moved up one spot to take the bronze. The Australians and four more couples earned an Olympic spot each for their country.

Tarasova/Morozov opened their Rock’n’Roll program with a quad twist and followed up with a side by side triple Salchow and an excellent throw triple Salchow. The European Champions went on to produce level-four lifts, but they struggled with their triple toe-double toe combination. She did only a double-single while his landing was wobbly. The World bronze medalists scored 140.94 points and totaled 218.46 points to win the event. ”It was not a 100 percent yet, but it was our first competetion. It was a good way for us to start the season like this in Oberstdorf”, Morozov commented.

Savchenko/Massot’s program to ”La Terre Vue du Ciel” was highlighted by a big triple twist, difficult lifts and a throw triple Salchow, but Savchenko fell on the throw triple Axel while Massot crashed on the back end of the triple toe-triple toe sequence. The World silver medalists picked up 138.09 points and remained in second place at 211.08 points. ”It was a bit difficult for us this being the first competition of the season. We take it as a practice. We have a new program with difficult choreography”, Massot told the press.

Alexandrovskaya/Windsor put out a strong performance to ”The Mask”, hitting a triple twist, side by side triple Salchow and triple toe-double toe-double toe as well a throw triple flip and Salchow. The 2017 World Junior Champions improved their personal best significantly, scoring 125.80 points for the Free Skating and 190.31 points overall. The team earned an Olympic spot. ”Obviously it is very exciting for us. We skated really, really well and we also qualified (an Olympic spot) for Australia. So that was a huge step for us”, Windsor said. 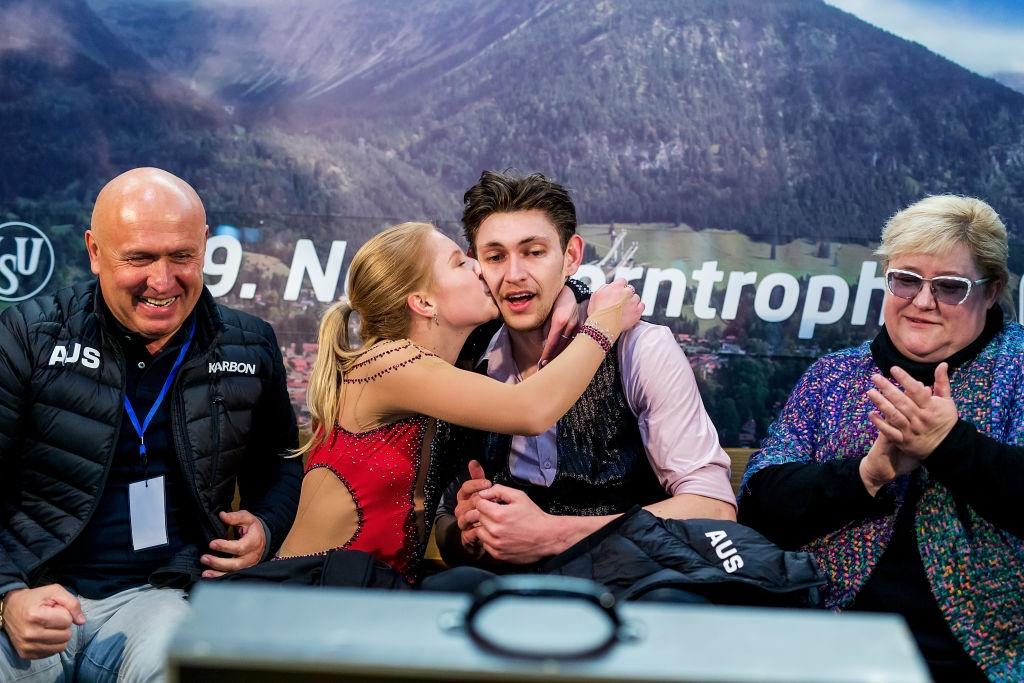 In addition to Australia the following ISU members qualified a spot for the Olympic Winter Games 2018 in Pyeongchang, Korea: Austria, Czech Republic, Peoples Democratic Republic of Korea and Israel. Su Yeon Kim/Hyungtae Kim (KOR) finished 15th, but the houst country rule might apply. The couples from Russia, Germany, Canada and USA did not take part in the Olympic qualification process as their federations already had qualified spots at the ISU World Figure Skating Championships 2017.

For further information including results and follow the discussion on social media by using #FigureSkating #NebelhornTrophy and watch the live stream here.