Dutch skaters filled the top five places in the men’s 1500m in Heerenveen on Saturday, with a superb Thomas Krol leading the pack in the second fastest time ever skated in Thialf: one minute and 43.24 seconds. The Netherlands’ domination continued in the other men’s events on the second day of the first ISU World Cup event in the 2020/2021 season, with Dai Dai Ntab and Arjan Stroetinga taking gold in the 500m and Mass Start respectively.

“This is unique, five Dutchmen on top,” Krol said after he finished just 0.24 seconds short of the track record in Heerenveen. “But it is well-deserved, because everyone skated super times.” 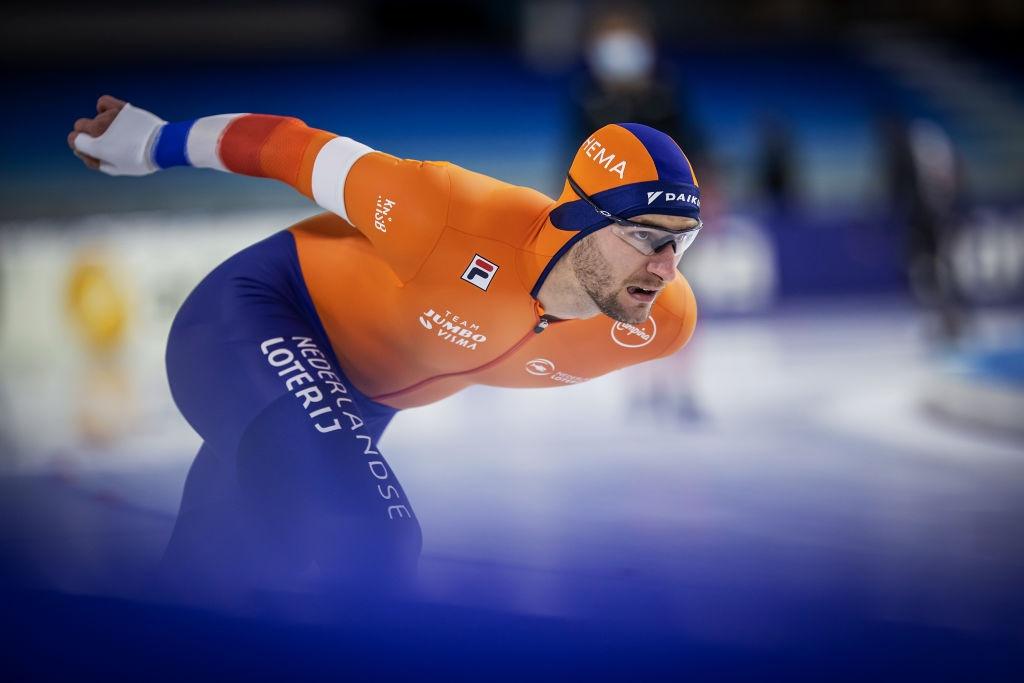 Patrick Roest finished more than a second behind Krol in 1:44.45, while Olympic Champion and track record holder Kjeld Nuis took bronze in 1:44.66.

Despite his superiority, Krol sees room for improvement. “My first lap was not so good, I broke off the ice a few times,” he said. “If I had done everything right, a track record might have been possible today, but I’m content. I’ve never been faster on this ice.”

Krol had been paired with Roest, which made for an interesting confrontation, because the two team-mates have a radically different approach to the distance. Sprinter Krol starts like a rocket and hopes to persevere, whereas endurance specialist Roest begins cautiously and hopes to win back time in the final lap. 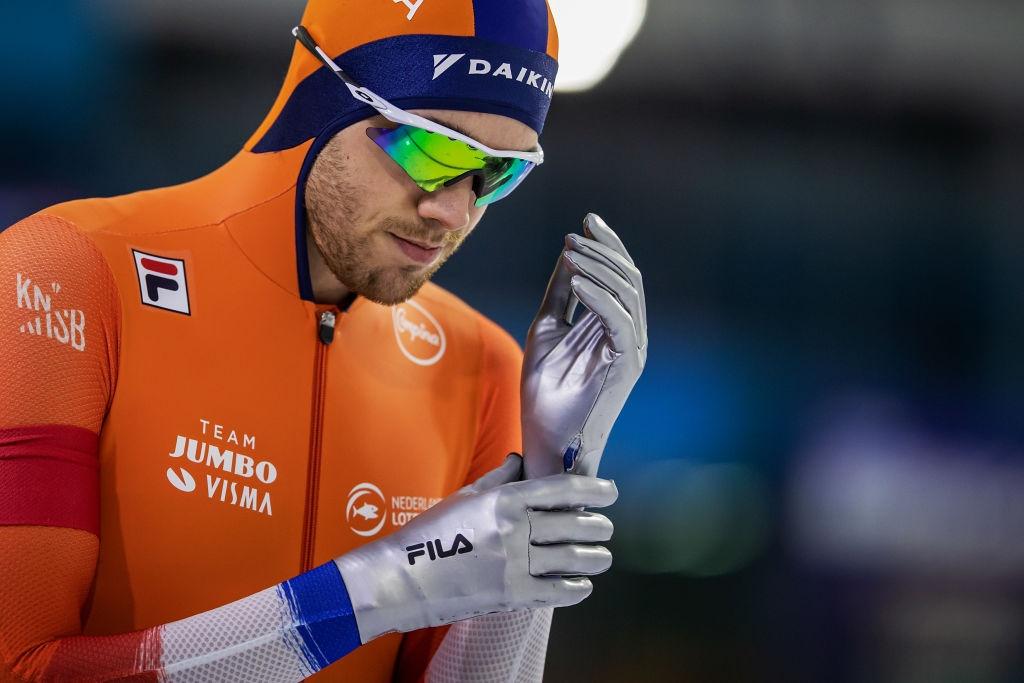 This time raw speed outclassed stamina. “Krol was really good and the gap was too big,” said Roest. “I know what it is to skate against Thomas, I know I have to hope for that final lap. I gave it my all, I still hoped to catch up, but I knew it was against all odds.”

Norwegian youngster Hallgeir Engebråten was the best of the rest, despite not being a 1500m specialist.

“I’m happy to come out in sixth,” he said. “This was the first time in the 1500m A Division for me. I do believe we can beat the Dutch in the 1500m. We just have to train hard and do everything well. But I myself am more of a long distance specialist.”

Ntab back on top after four years

In the men’s 500m all eyes were on Pavel Kulizhnikov (RUS). The Russian world record holder had skipped last week’s European Championships after contracting Covid-19 in December.

Before the Russian entered the rink, Dai Dai Ntab had set 34.55 seconds in the seventh pairing as the time to beat. Kulizhnikov skated in the ninth and penultimate pairing, but crashed in the first corner. 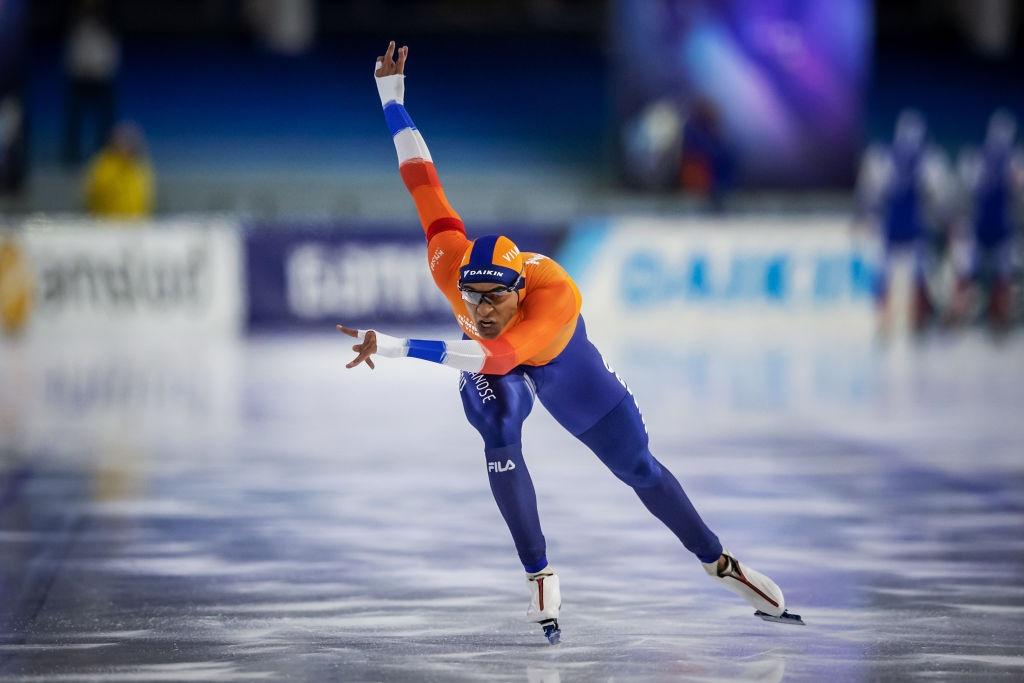 In the final pairing Kai Verbij (NED) and Laurent Dubreuil (CAN) could still keep Ntab from winning his first World Cup gold in four years. But Verbij crashed in almost the exact same spot as Kulizhnikov and Dubreuil finished one-tenth of a second short to take silver, ahead of Ruslan Murashov (RUS), who collected bronze in 34.66.

Ntab, who missed qualification for the 2018 Olympics due to a double false start at the Dutch trials, was relieved to be back on top of the World Cup podium at last. “It’s been a while,” he said. “So much has happened over the past couple of years. Normally I’m not such an emotional guy, but this time I had just a little moment in which I realized it all.”

Yet he had retained his self-belief. “I really felt good in training. I was extremely strong in the weight room. Obviously it’s not a squat contest but a speed skating competition, but I was stronger and jumping higher and physically feeling better than last year. Of course it’s still feeling rusty technically, but I feel at ease enough to put it on the ice.”

Arjan Stroetinga (NED) won the fifth World Cup Mass Start gold of his career. Like Ntab’s 500m win, Stroetinga’s victory had been a long time coming. The 39-year-old had last topped an individual World Cup podium back in 2015.

Livio Wenger (SUI) came second and Bart Swings (BEL) third. The Belgian had tried to outskate the others in the final lap, but Stroetinga caught him in the final corner. “I had to choose, attack early or wait and gamble, but I’m not much of a gambler,” said Swings. “I’d rather take from my own strength, but that final corner was just a little too much today.”