After finishing second on Friday, Shinhama took advantage of a bumpy ride by Tingyu Gao (CHN), who won Friday’s 500m in a track record (34.26 seconds).

The Chinese sprinter was 0.07s slower in his opener and lost another 0.60s in the full lap due to a couple of mis-strokes to clock 34.93s for eighth place on Sunday. 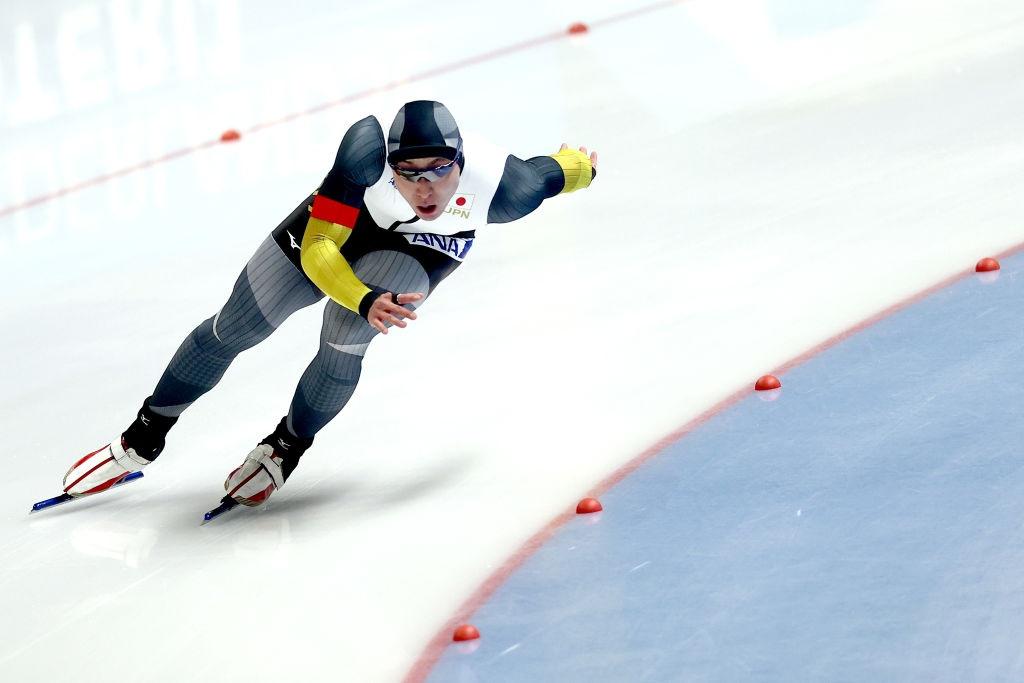 The Canadian, who took 500m bronze on Friday, was happy with one step up to silver on Sunday.

“Hopefully one more (step up) next week. The time was actually just a bit slower. Shinhama beat me again and Gao had a major slip in this first corner but I'm happy with my race.

Dubreuil thinks he has more potential than he showed just yet.

“I made some mistakes again but Friday I did as well. Doing a perfect race is very tough.

“It's reassuring before a race, knowing that you can do a mistake and still have a good result, instead of feeling like you need a perfect race to be on the podium. Then there's no margin for error.”

Third place went to Wataru Morishige (JPN) on Sunday. Shinhama’s 21-year-old countryman, who had come 11th in 34.97s on his World Cup debut on Friday, appeared to be a quick student, 0.23s faster in his second 500m race.

“I adjusted my style a little bit, which suits this track better,” Morishige explained.

When Otterspeer (NED) got onto the ice for his 1000m race on Sunday the Dutch men had collected only one medal (Patrick Roest, bronze in the 5000m on Friday) in the first World Cup weekend.

The 33-year-old Dutchman hammered out a time of one minute, 8.67 seconds to break Pavel Kulizhnikov‘s (RUS) track record time of 1:09.23. 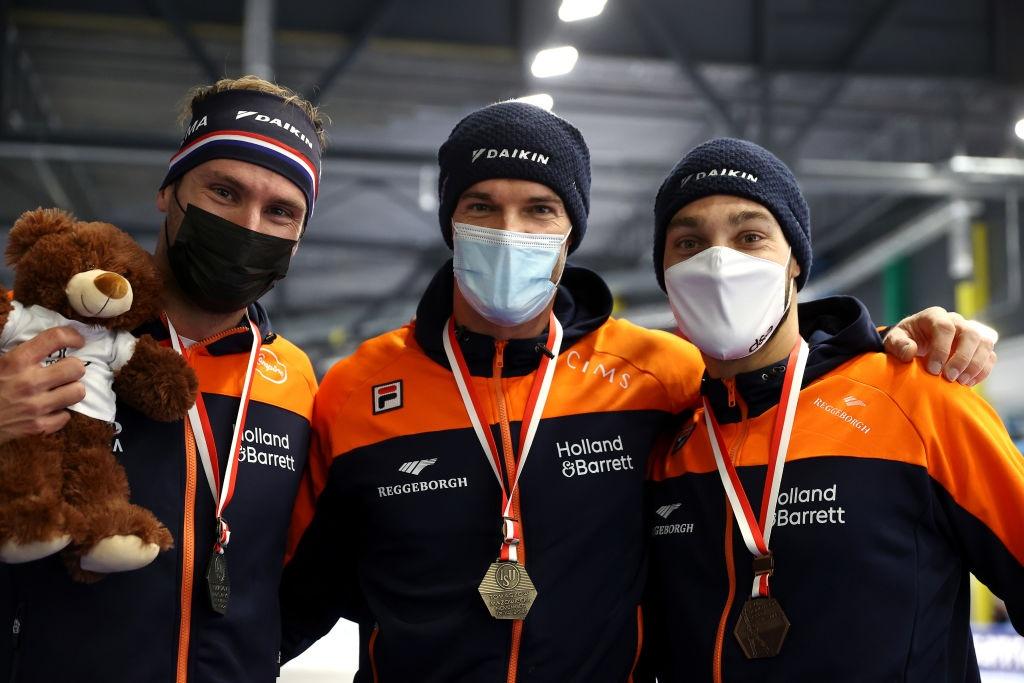 “I was looking forward to it because I was really good at training races. I had a good Dutch Nationals (Dutch national single distance championships).

“The World Cups are really important to see where everyone's at. I'm glad I took to the win today.”

“My time at Jambo-Visma was done. I came to a point where I had the choice and I chose Reggeborgh. It’s a nice team. It is really good for me, it really works and I'm glad it paid out already.”

After Otterspeer and his Japanese pair-mate Ryouta Kojima (sixth in 1:09.04), another six skaters were faster than the previous track record but none was able to beat Otterspeer’s time.

Krol stopped the clock at 1:08.69 for second place and Otterspeer’s new teammate Nuis seized bronze in 1:08.83, after having finished sixth in the 1500m on Saturday.

“I’m glad that I managed to regroup and took silverware after yesterday,” the Olympic Champion said. “Yesterday we messed it up. Today the eagerness was back and it felt really good.”

Marcel Bosker, Sven Kramer, and Roest followed up the Dutch podium sweep with a gold medal in the Men’s Team Pursuit.

“It’s a long time since we’ve skated in this line-up,” Roest said. “We did a good job. It’s good to win and still see that there’s room for improvement.”

Since Norway, who finished fourth without their usual anchor Sverre Lunde Pedersen (NOR) in Tomaszów Mazowiecki, introduced a new and successful tactic last year, other countries have learned.

The Norwegians pushed each other instead of taking turns up front.

Bosker explained how the Dutch adjusted their race plan.

“We’ve got our own tactics in which we take some of the Norwegian tactics as well,” he said. “Of course there were doubts but it went well and it’s something we can build on.”

Kramer agreed: “In the past we changed a lot more and now we only changed twice (up front). It’s a bit of a gamble but we saw that it gave other countries an advantage.

“We have to be happy that we leave the others behind with such a gap because they made it difficult for us over the past couple of years.”