Miho Takagi (JPN) clearly missed international racing when Japan did not travel abroad during the Covid-19 pandemic last year as she celebrated her international comeback in style on Sunday. Hammering out the 1500m in one minute and 56 seconds, the Japanese World Allround Champion smashed her pair-mate Ireen Wüst’s 2019 track record by 0.62s. Irene Schouten (NED) took her second gold medal of the weekend with a commanding final sprint in an eventful Mass Start race.

Takagi went one better than the silver medal she claimed in the 1000m behind Brittany Bowe (USA) on Saturday as the order was reversed in Sunday’s 1500m.

“I’m so happy I can skate at an international level again,” Takagi said with a bright smile. “To get on top of the podium today is also great. I hope to maintain a good condition this season towards Beijing (Olympic Games 2022).” 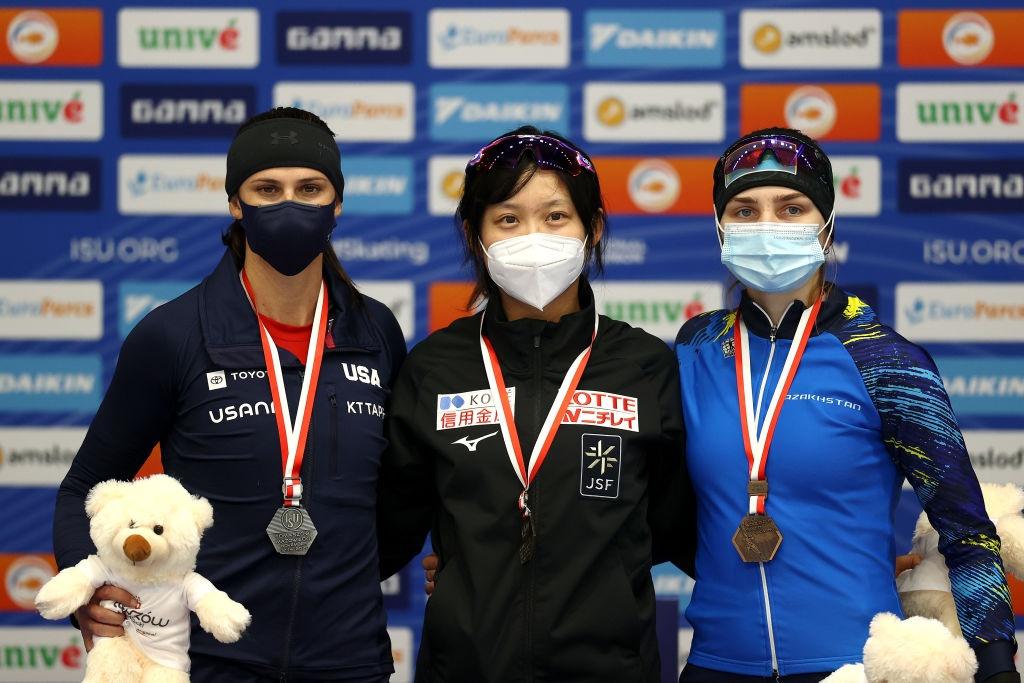 “That doesn’t say much for the rest of the season,” the Japanese ace said. “I think the Dutch skaters haven’t shown their best skating yet but I focus on myself.”

Wüst, who finished fourth in 1:57.28, was disappointed but not concerned and said: “I came here to get medals and if possible, win. I think I’ve got it in me but you still have to do it. Technically it was not very good this weekend. I had hoped for more but there’s no excuses.

“I still have enough confidence and faith that it’s going in the right direction and I hope to get a gold medal around my neck in Stavanger next week.”

Although she thought she was lucky with the draw versus Antoinette de Jong (NED) before the race, it did not turn out the way she had expected. “I thought I would get one or two drafts (on the backstretch). It didn't work out that way for me today but that's racing.

“I knew when I saw Miho (Takagi) get a nice draft there on Ireen Wüst that it was going to be a great race for her. That's the beauty of it, it's the luck of the draw, that's the name of the game.”

Despite losing to Takagi, Bowe was excited to see her rival back on the ice.

“I didn't have it today and it's going to make me hungry because I'm always going for that win. But with that said, it's great to have the Asians back on the World Cup circuit because it was us (North American skaters) versus the Europeans last year. To have everybody here is exciting.”

Nadezhda Morozova (KAZ), who was present in the Heerenveen bubble last season, got 1500m bronze in 1:56.92 to clinch her first World Cup medal.

Irene Schouten (NED) added another World Cup gold medal to her tally in Sunday’s Mass Start, having won the 3000m on Friday.

The 29-year-old was perfectly piloted into the final lap by teammate Marijke Groenewoud and did not leave any room for Ivanie Blondin (CAN) or Francesca Lollobrigida (ITA) to threaten her in the final sprint. The Canadian and the Italian had to settle for silver and bronze. 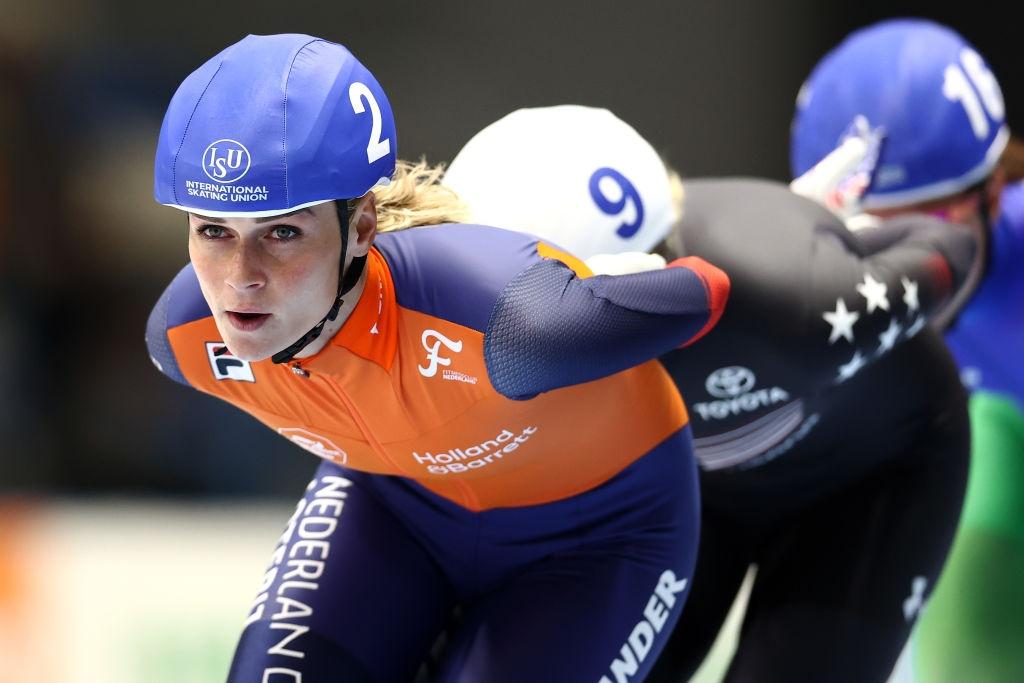 Groenewoud had sacrificed her own chances in favour of Schouten when she chased Valérie Maltais down in the final laps. The Canadian had tried to escape three laps from the finish line.

Schouten appreciated the way the race had folded out in Tomaszów Mazowiecki.

“This was one of the most beautiful Mass Start races I’ve ever skated,” she smiled. “The teams were not waiting for the sprint, many countries took the initiative.”

Marina Zueva (BLR) was one of the riders who tried to escape from the pack.

“I really respect Zueva because she always tries to make a good race,” Schouten added. “The Canadians made an effort too and that’s the game I like. That’s so much better than just skating in a procession towards a final sprint.”

Maltais’ attack had not been team tactics, Blondin admitted.

She said: “Our team tactics like for World Cups? We don't have any. We race our individual races and Val (Maltais) also wants to try things differently this year.

“At the World Championships and at the Games it's something a little bit different, where we work a little more together but as for World Cups, I'm kind of a lone wolf out there. Obviously we're not trying to impede on each other and we tell each other what we're going for in the race.

“I didn't know she was going where she went but that's fine. She tried it and I'm proud of her for that.”