After a year’s absence due to the COVID-19 pandemic, the ISU is happy to organize the Junior World Cup Speed Skating again this season. The three-leg series features two back-to-back weekends in Inzell, Germany (27-28 November and 4-5 December 2021), and the final in Innsbruck, Austria (22-23 January 2022). With a field made up of Lausanne 2020 Winter Youth Olympic Games medal winners, the offspring of past Champions, and new names for the future, the Junior World Cup provides an exciting international platform for the Speed Skating stars of tomorrow. 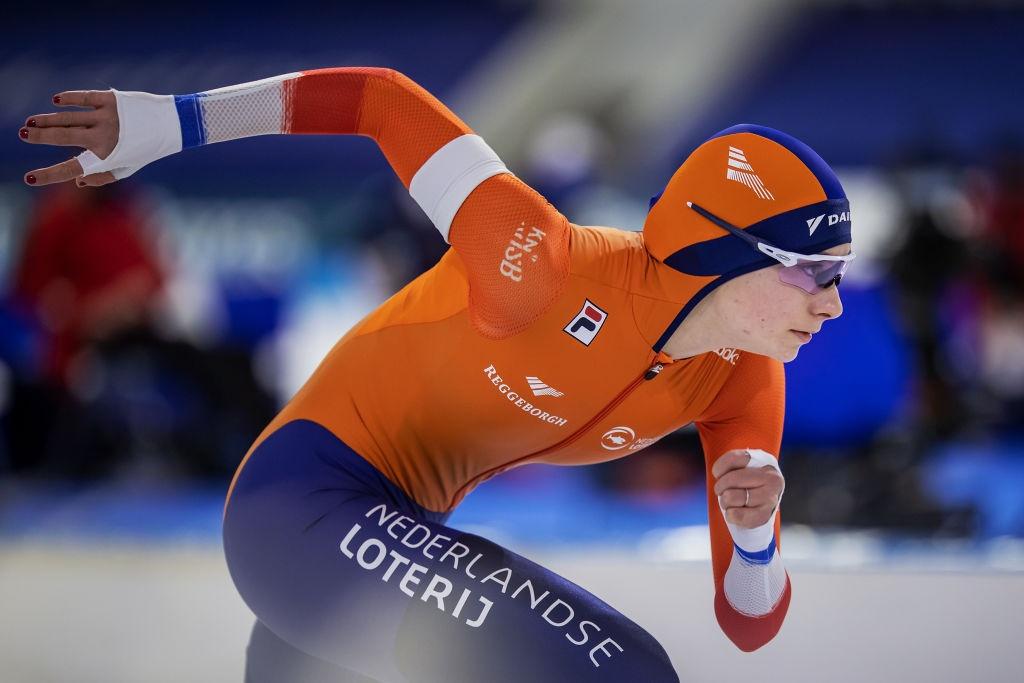 Many medalists from the last Junior World Cup series and Junior World Championships have progressed to the senior ranks already, with Femke Kok (NED) the most prolific so far. The 21-year-old Dutch sprinter won the senior 500m World Cup last season in the Heerenveen bubble, and came second in the World Single Distance Championships.

Peder Kongshaug (NOR), who won the Junior 1500m World Cup in 2020, has also made a name for himself in the senior ranks. The Norwegian prodigy skates consistently well in the senior A Division, and is ranked eighth in the 1500m after the first two World Cups this season.

Former Junior Champion Peder Kongshaug (NOR) featured in This is #UpAgain: A Speed Skating documentary

With many of the previous top performers having progressed, the 2021-2022 ISU Junior World Cup provides the perfect opportunity for a new generation to step up, including some names which might sound familiar. Joep Wennemars (NED), for example, competes in the Men’s junior category. He’s the son of Erben Wennemars (NED), who won the World Sprint Championships twice and collected six World titles in single distances.

From World Cups to the Olympics: @BrittanyBowe tells you all about her road to @Beijing2022 in the newest Ice Skating Podcast 🤩⬇️

With three golds and five in total, Japan topped the Speed Skating medal table at the Lausanne 2020 Winter Youth Olympic Games. But unfortunately the Asian Speed Skating powerhouse is absent at the Junior World Cup in Inzell.

Nil Llop (ESP) will be present, however, still skating in the junior category. The 19-year-old from Barcelona, who was the 2019 inline skating world junior champion, became the first Spanish athlete in any sport to claim a medal at the Winter Youth Olympic Games when he took silver in the 500m at Lausanne 2020. His next target is qualifying for the Beijing 2022 Olympic Winter Games.

Russian Pavel Taran, who won Youth Olympic silver in the 1500m and bronze in the Mass Start, will compete in the neo-senior category in Inzell.

In the Women’s competition, Youth Olympic Mass Start silver medalist Zuzana Kuršová (CZE), and bronze medalist Katia Filippi (ITA), will both compete in the junior ranks at the Junior World Cup in Germany.

Dutch Youth Olympic Champions Isabel Grevelt (500m) and Myrthe de Boer (1500m) have moved to the senior ranks, and the Netherlands does not send neo-seniors to the Junior World Cup.

The Saturday schedule features a 1000m and a 3000m for both genders, followed by the Mixed Gender Relay. On Sunday both genders will compete in a 500m, a 1500m and a Mass Start.

Since the inaugural Junior World Cup in in 2008/09 many youngsters have had their first taste of international competition in Junior World Cup events. The format is comparable to the Senior World Cup Speed Skating Series, but the juniors have only three events in the whole season.

In 2016 a neo-senior World Cup was added to the Junior World Cup Series. Participation in the Neo-seniors division is open to Skaters born between July 1, 1998 and June 30, 2002.