After a bronze medal in Friday’s 1000m and a silver in Saturday’s 500m, Nao Kodaira (JPN) completed the medal set with gold in Sunday’s 500m at the ISU World Cup Speed Skating in Stavanger, Norway. Coming second after three victories, Erin Jackson (USA) retained the lead in the 500m World Cup classification. Miho Takagi (JPN) strengthened her lead in the 1500m World Cup with a back-to-back win following her success in Poland last week. 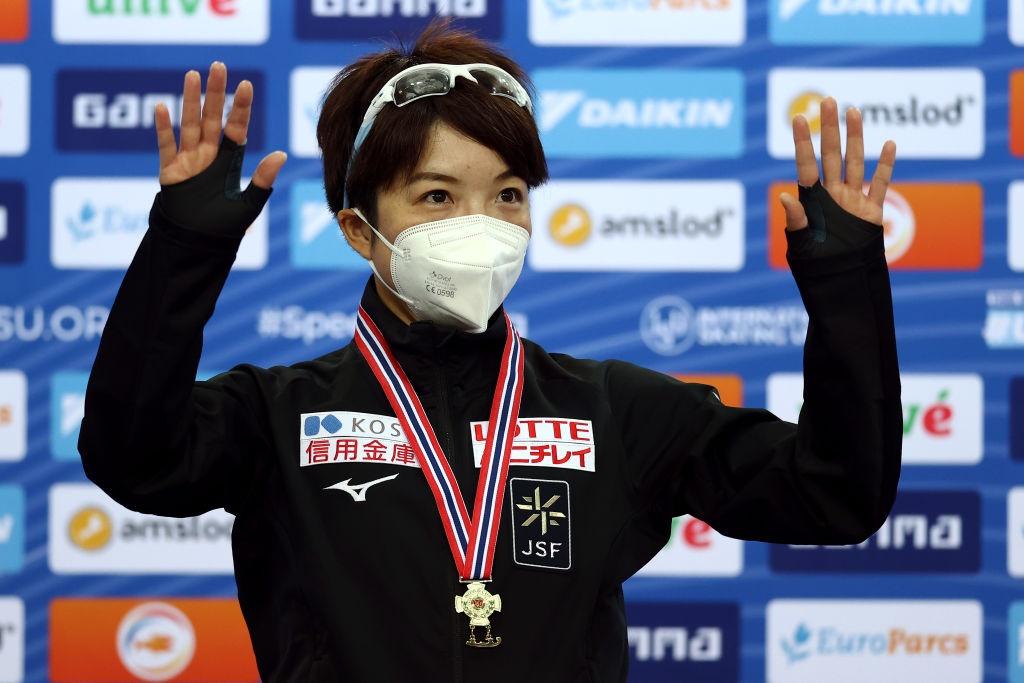 Kodaira had already predicted her 500m victory after Saturday’s silver medal. The Olympic Champion skated 0.08s faster than she did the day before, stopping the clock at 37.52 seconds.

“Today my opener was better, that’s the reason I won,” Kodaira analyzed after her race. She skated the first 100m on Saturday in 10.54s, compared with 10.42s on Sunday.

While Kodaira enjoyed a better opener, Jackson struggled with her start in her two 500m races in Stavanger, whereas she had been fast with 10.3 openers in Poland.

“I've been struggling with my starts all season,” the US sprinter said. “In Poland, I was actually like, ‘Oh, this is really good’. But the start today is more like how it's been going.”

Despite her shaky starts, Jackson was satisfied reflecting on the first two ISU World Cup Speed Skating weekends and looked forward to getting back home to gear up for the next World Cup in Salt Lake City, December 3-5.

“I feel like I'm in a good spot, setting up for the season,” she said.

“(At home I’ll be) recharging and getting ready to have some good races on home ice. Probably hanging out with my pets and my dad. (I’ve got) two cats and a dog.

Angelina Golikova (RUS) finished third in 37.71s. She had struggled a bit with her inner-lane start.

“For ladies it’s better to start in the outer lane because you can control your opponent,” she said.

“When you start in the inner lane you must focus only on yourself. Today I did well but I think I lost some speed in the last 100m. I focused so much on the start and the change-up. That last 100m is the final step (to work on).” 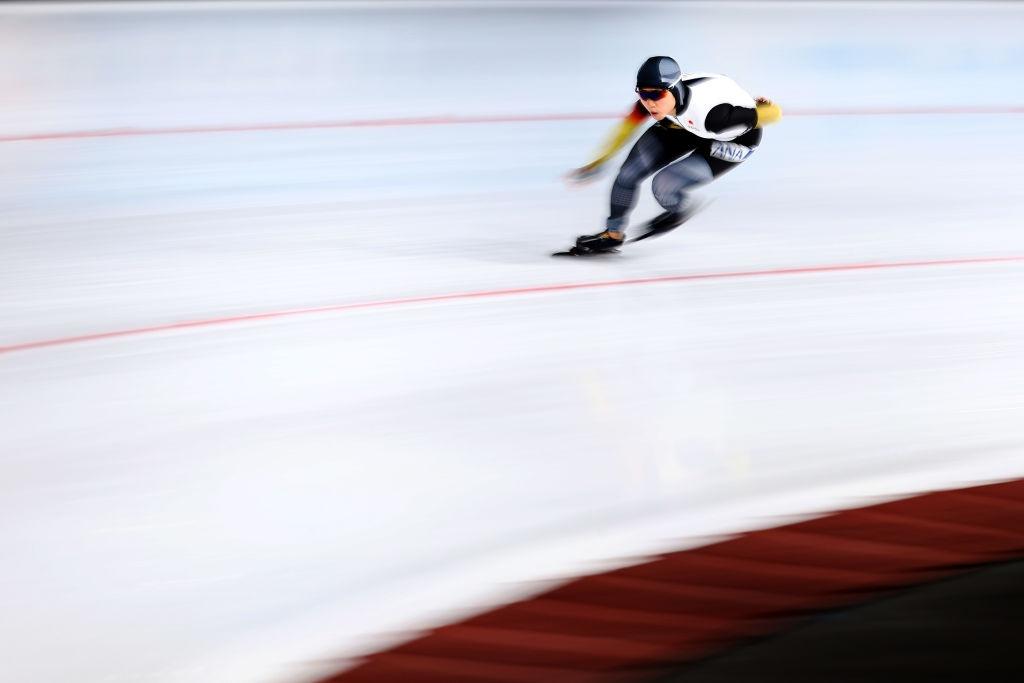 In the Women’s 1500m, Miho Takagi (JPN) wrapped up the World Cup weekend in the Sørmarka Arena by taking Japan’s third gold medal of the day. Before Kodaira won the Women’s 500m, Tatsuya Shinhama (JPN) had already seized gold in the Men’s 500m.

Ayano Sato (JPN) completed the Japanese party, taking her career-first World Cup medal in a classic distance with bronze in the Women’s 1500m.

Takagi skated a well-paced 1500m, stopping the clock at 1 minute, 55.67 seconds. Following her victory, the 27-year-old was satisfied but very tired.

“Today, it was so hard because I did already two races on Friday.” Apart from finishing second in the 1000m, the 2018 World Allround Champion had also come fourth in Friday’s B Division 5000m.

Takagi’s ability to excel in so many different distances might leave some wondering what her target will be for the 2022 Olympic Games in Beijing.

“That’s a difficult question,” Takagi said. “(To skate) the long distances is also good for the other distances. I don’t target medals in the 5000m, but I also want to do Allround Championships.” 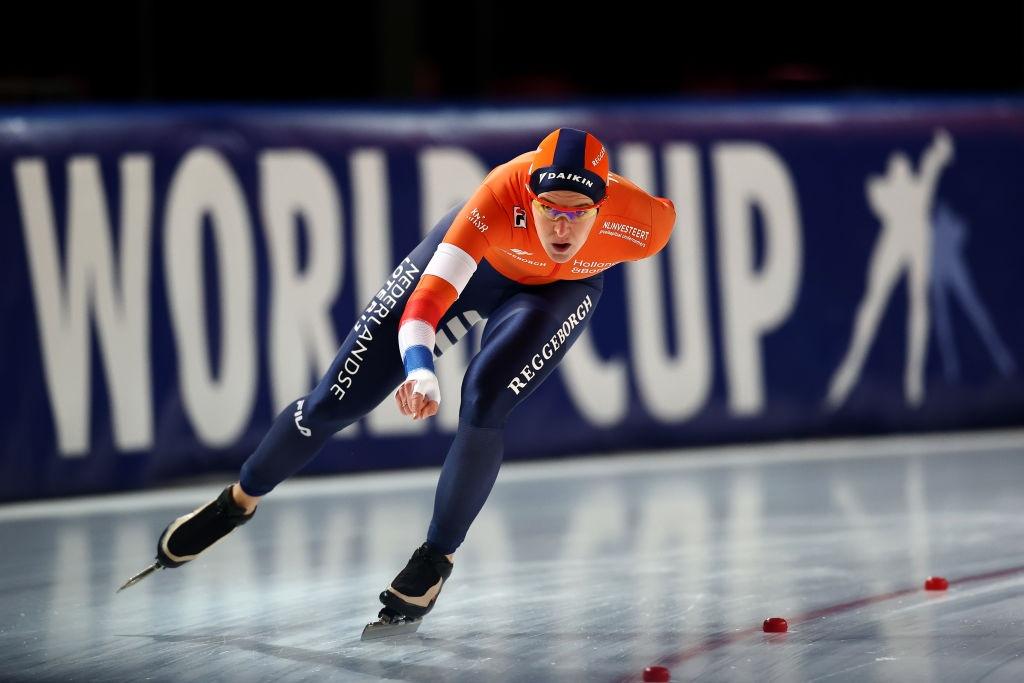 “I’m satisfied,” the Olympic Champion said. “But that final lap is a bit of a bummer. I was on course pretty well but then I just got up a little too much.

“Usually (the final lap) is one of my strengths. Today I just had trouble making pace and then it’s hard to stay low in that final lap.

“At first I was a little disappointed because I think a win would have been possible today, but I’m happy with silver. Miho (Takagi) is strong, last week already. She makes pace a little easier and that leaves her with a bit more left in the tank for the final lap.

“I’m still searching for that easy pace, but there’s an upward trend and I’m looking forward to Salt Lake City in two weeks.

“After Salt Lake City I’ll head for the sun in the south of Spain (for a training camp). That’s what I’ve always done, especially in an Olympic season, so why change?”