Nils van der Poel (SWE) received the Oscar Mathisen Award for the most impressive Speed Skating Performance of last season, just after he had showcased one of the most impressive performances of the current season in Stavanger today. The Swedish World Record holder was in a league of his own in the only 10,000m race of this World Cup Season, leaving the rest of the field more than 17 seconds behind. Laurent Dubreuil (CAN) won the Men’s 500 metres and China took Team Sprint gold. 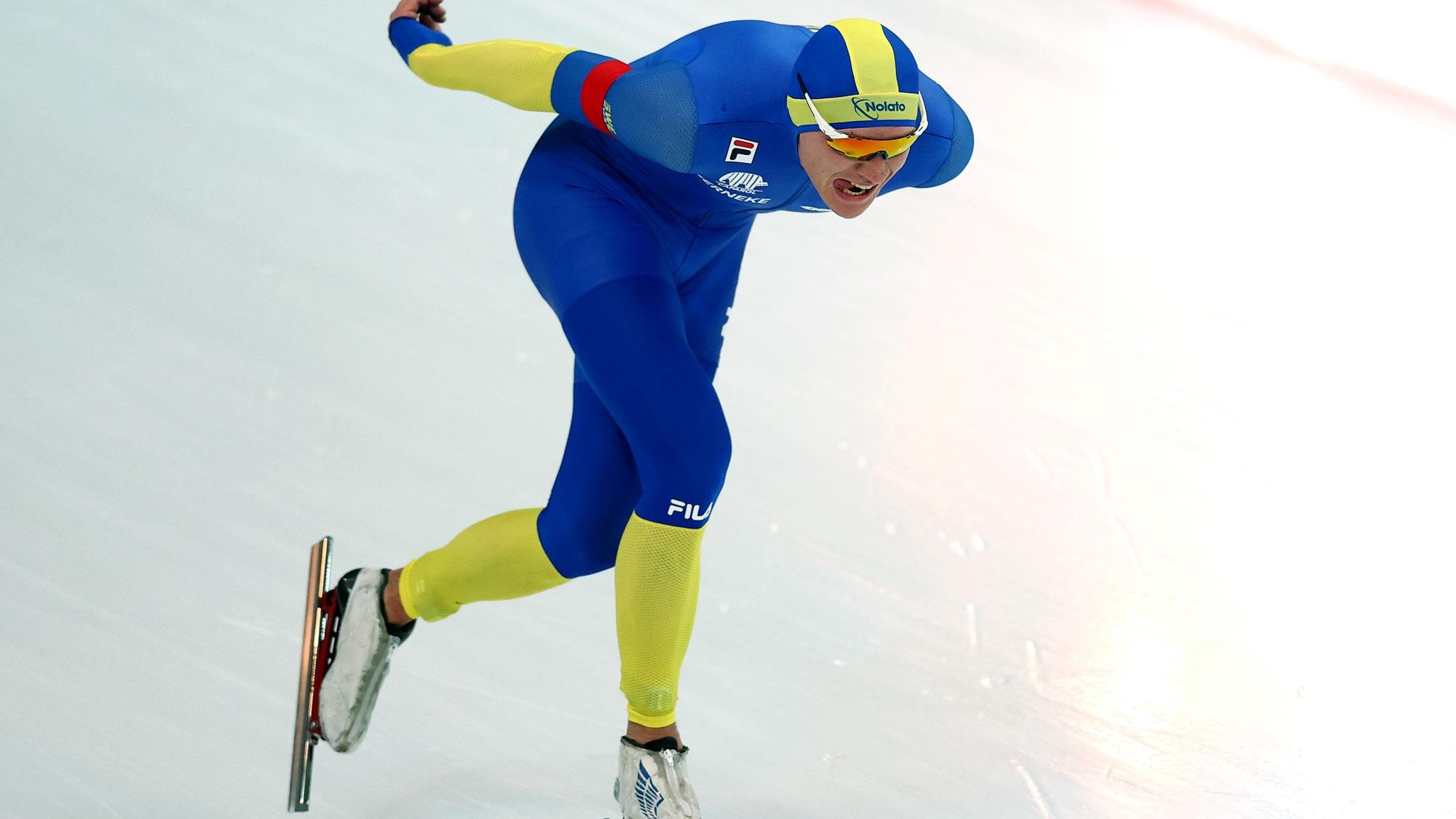 Van der Poel started in the final pairing of the 10,000m against Jorrit Bergsma (NED), and slowly but definitely skated away from the 2014 Olympic Champion, about half a second per lap in the first twenty laps. In the final five laps the Swede even accelerated, while Bergsma struggled to maintain his pace.

“I’m really impressed by Nils (van der Poel), and I told him so,” Bloemen said. “This was one of the best races I’ve ever seen, outstanding.”

Van Der Poel accepted the compliment with a modest smile: “It makes me happy, that he said that.”

The World Record holder did not agree completely, however.

“I rate my 10,000 metres from Heerenveen higher than this, based on performance. It was more even, closer to my maximum performance of the day.

“I believe my ground shape is better this year. That's why I'm going so fast. The race today was a good race. I think it could have gone a little faster earlier, I got a little defensive.”

Although he was impressed, Bloemen thought that the gap would have been smaller at a faster ice-rink.

“I think he’s right,” van der Poel said. “My strength as the speed skater is a good corners, and I'm physically fit.”

Looking forward to Beijing, Van Der Poel shied away from the favourites’ role.

“I think the gap will be smaller when we reach the Olympics. I have the ability to have a good ground shape, but if you look at Jorrit (Bergsma) for example, four years ago, he did 13:01 here. At the Olympics (in 2018), he was about 20 seconds faster. If Jorrit goes 20 seconds faster than this, he beats me.”

Both Bloemen and Bergsma were not ready to automatically hand over the Olympic gold to Van der Poel either.

“I have to do my own thing,” Bergsma said. “This is not top shape yet, but it was a solid skate and I could keep the lap times even up until the end.

“My goal for the Games is just to show the best me and we’ll see what that’s worth when time comes.”

Dubreuil made amends after finishing 12th in Friday’s 1000 metres.

“I was really good today. I'm happy about how I rebounded from yesterday. Yesterday was a tough day, a tough race. I felt nothing really, I felt tired yesterday, like I just wanted to go home. I didn't feel any energy.

“Today I thought to myself, there's still two races to go (at the Stavanger World Cup), and then I can go home, so I better just do my best, and I show up. I didn't expect to win.

“I told myself don't worry about results, don’t think limits, just let yourself skate, have fun and we'll see.

“It (the race) wasn't perfect, but I think the execution was better than last week. It was a really fun race because Artem (Arefyev) was really good as well. We were very close in the last straight, and I managed to keep my technique better than the last few races.

“It helped me a lot in the backstretch seeing him, knowing I need to go get him. 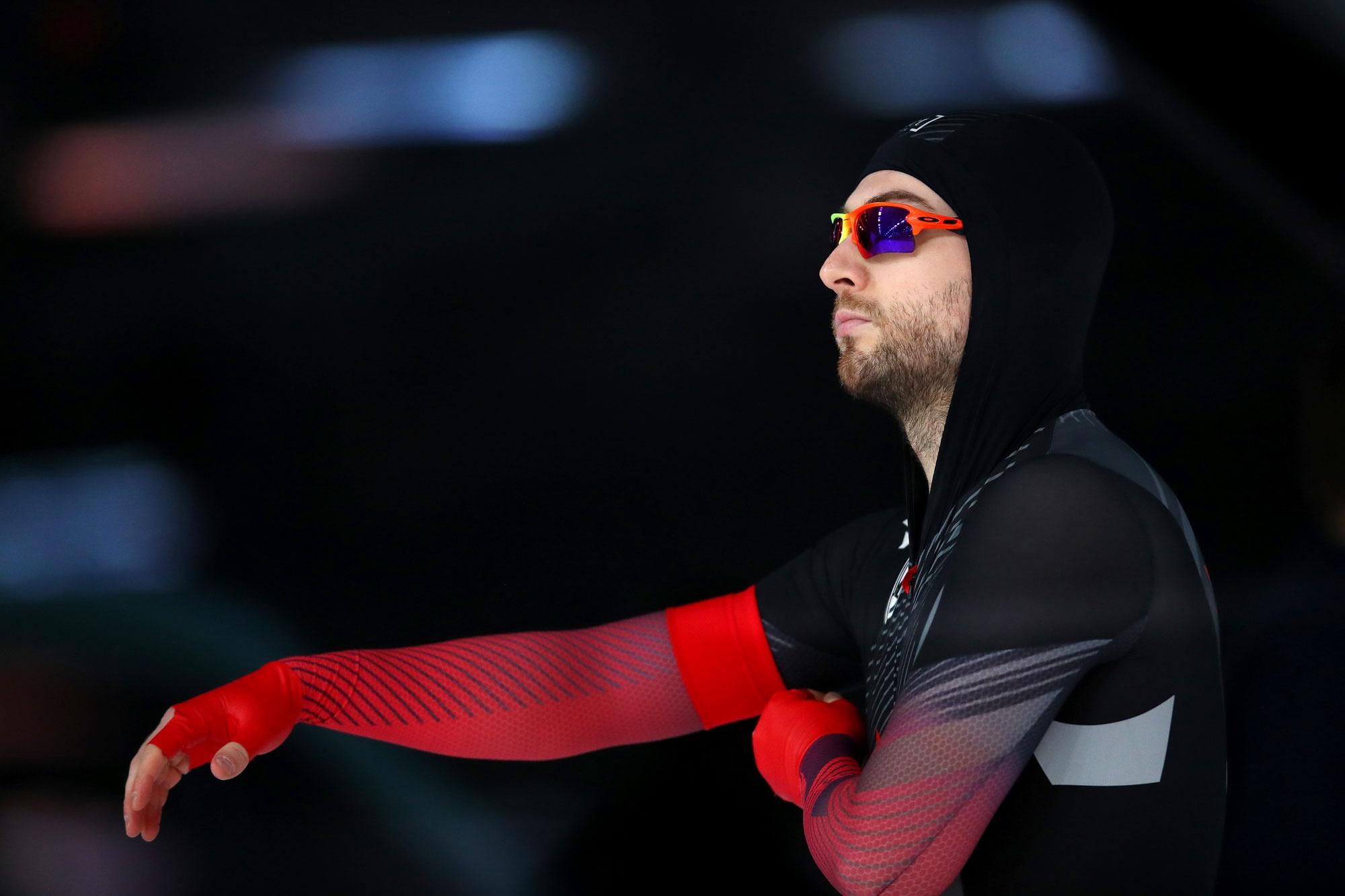