Speed Skating took place on the beautiful frozen Lake of St. Moritz. The scenery was breath-taking to say the least. At an altitude of 1’822m it represented nothing short of a challenge for the athletes.

Japan was on top of the medal table, with 3 gold, 1 silver, 1 bronze. The Netherlands stuck to gold with 2 medals, while China diversified, winning 1 gold, 1 Silver and 2 bronze. Russia won 1 Silver and 1 bronze. Spain, Colombia and Czech Republic fared well with 1 Silver medal each, while USA and Italy obtained 1 bronze.

The event began with the 500m race on January 12. In the Ladies race, the suspense was held right up until the end. Yukino Yoshida was ahead after the 13th pairing with 41.16. Therefore, Isabel Grevelt (NED), who was next, knew she had to skate under 41 seconds. That in mind she accomplished a time of 40.57 but had to wait another two races to find out her fate “I am normally always the last one to start and now I had to race before a lot of other athletes. So I had to wait for some time” she said. Wang Jingyi, who was in the last pairing, came the closest with 41.07. It was only at the very end that Grevelt could celebrate her victory “…but it feels fantastic to win gold.” She said. Wang and Yoshida took silver and bronze respectively. 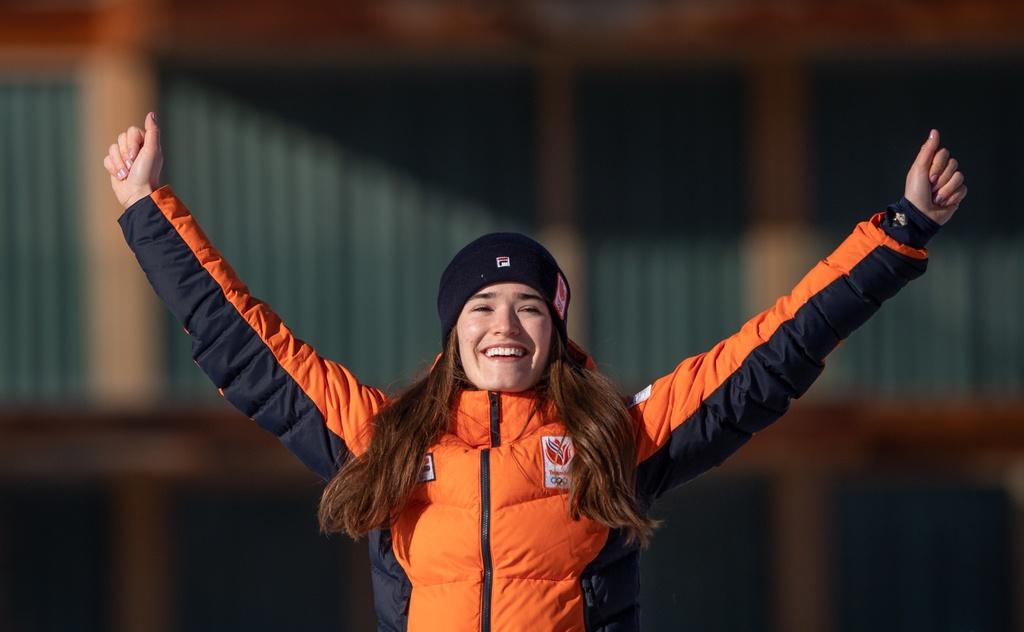 In the men’s race, a tight fight was expected between Yamamoto Yudai (JPN) and Sebas Diniz (NED). Yudai skated first in the second to last pairing and finished in 36.42. It was all up to Diniz. Yet, an unexpected fall handed the gold medal to Yudai on a platter, a win that did not quite satisfy. “I’m very happy, but also sad,” said Yamamoto. “Sebas is very fast.” The Spanish Nil Llop Izquierdo took silver in 36.60, while China’s Zhiwen Xue followed 0.26 behind to grab the bronze. 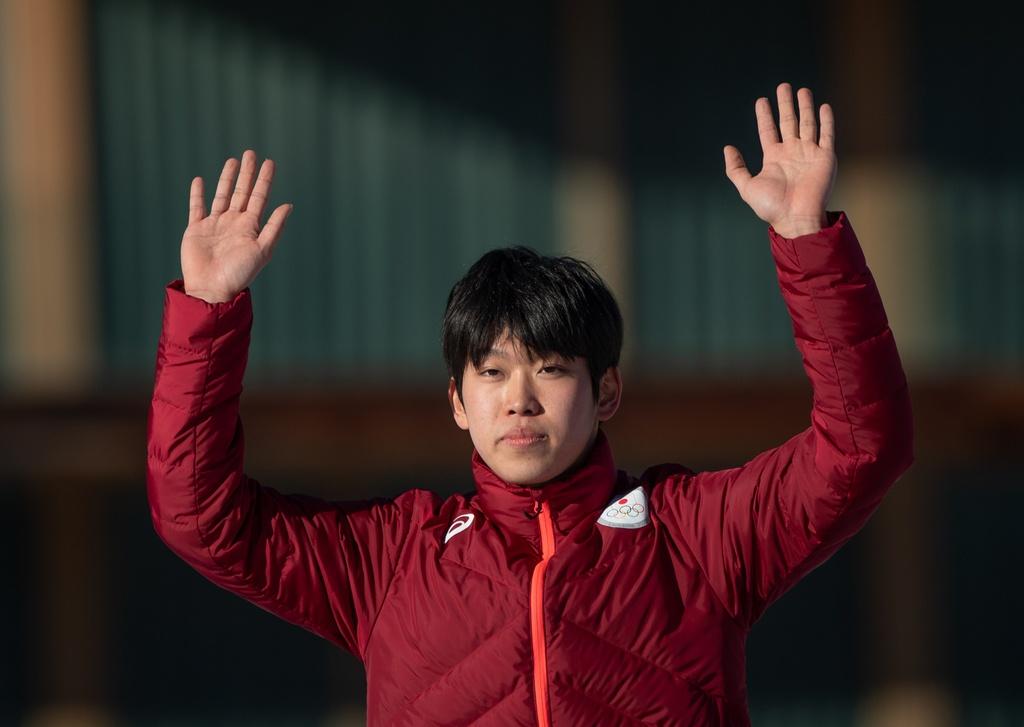 The 1500m race was a real challenge for the athletes as not all athletes are used to competing at such a high altitude. Myrthe de Boer (NED) was nevertheless determined to make amends for her 7th position in Sunday’s 500m race. She reached the finish line in 2:10.44, taking the first position. “During the final lap, my muscles were cramping a lot because of competing at a high altitude and the windy conditions. It felt like I was racing incredibly slow at some point but having won gold I do not care about my time anymore.” She expressed. Yuka Takahashi (JPN) followed with 2:10.58 to take silver and China’s Binyu Yang took bronze. 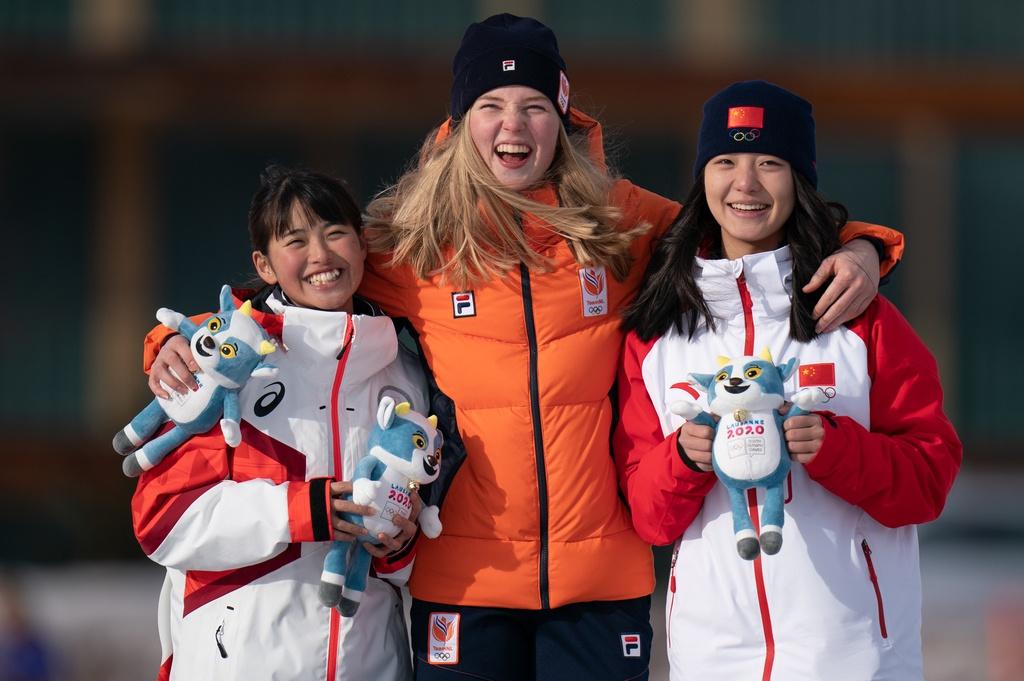 In the Men’s 1500m race Japanese Skater Arito Motonaga (JPN) was aiming for first place. He went out on the beautiful natural ice and gave it his all to finish with a time of 1:52.24, which allowed him to reach his objective. “I’m really happy to have been able to achieve my goal. I feel proud about my race.” He is followed by Pavel Taran (RUS) with a time of 1:53.74. For Jonathan Tobon (USA), it was a question of overcoming his nerves “I’ve had the experience in the last year and a half of racing internationally, but this was by far the most nerve-wracking.” Tobon won the bronze medal in 1:55.67. “It’s great to be able to say I’m a Youth Olympics medal winner. I’m glad to have had this opportunity to skate, let alone win a medal. It’s quite amazing.”

The NOC Team Event is a format which is unique to the Youth Olympic Games. It brings athletes from different countries, levels and backgrounds together to compete as one, in line with the Olympic values.

One team is composed of four members – two men and two ladies.

Skaters are placed in the team depending on their ranking, in the 500m event for Ladies and the 1500m race for Men.

The first 16 will be in the groups corresponding to their position. The Skaters 17 to 32 are then placed in reverse so that the skater number 32 is teamed up with the skater placed number one, in Team 1. For further details, please refer to Section D.4 of the Qualification System – Lausanne 2020 Winter Youth Olympic Games.

All teams had their chances but it was a race full of surprises. Three teams were disqualified due to infringements. Team 5 was in second position when all of the sudden Kim Min Hui (KOR) crashed, taking her team mates down with her. But it was Team 3 that made it count, with Sini Siro (FIN), Yoshida Yukino (JPN), Ignaz Gschwentner (AUT) and Alexander Sergeen (RUS) with 2:04.10 and taking first place. “I would normally have never won a medal in Speed Skating at the Youth Olympic Games,” said Siro “But this was a perfect opportunity for me as we were competing as a team.” 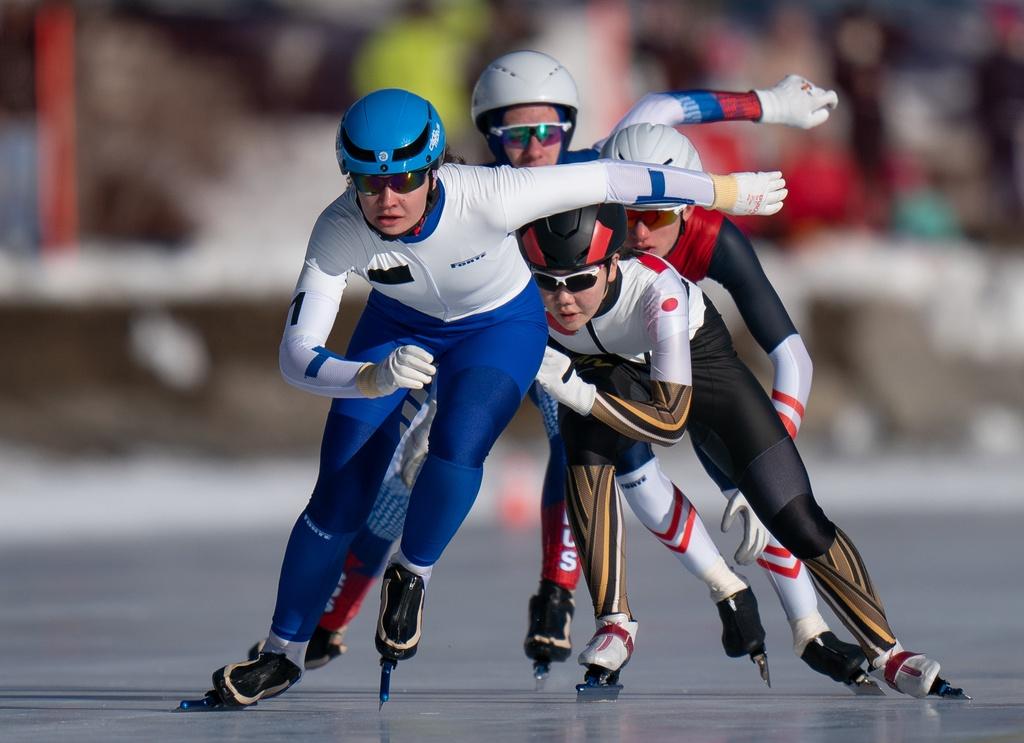 Composed of Theo Collins (GBR), Laura Kivioja (FIN), Daria Kopacz (POL) and Arito Motonaga (JPN) Team 16 grabbed silver with a time of 2:05.92. Theo Collins, who is the first British Speed Skater to compete in an Olympic Winter Games since 1992 was delighted. “Long track in the UK is slowly developing, but hopefully getting a medal in the Youth Olympics will get it some attention,” he said. “When you do a sport and you love it, you want other people to join in.”

The Speed Skating event ended in style with the Mass Start races. In the Men’s, 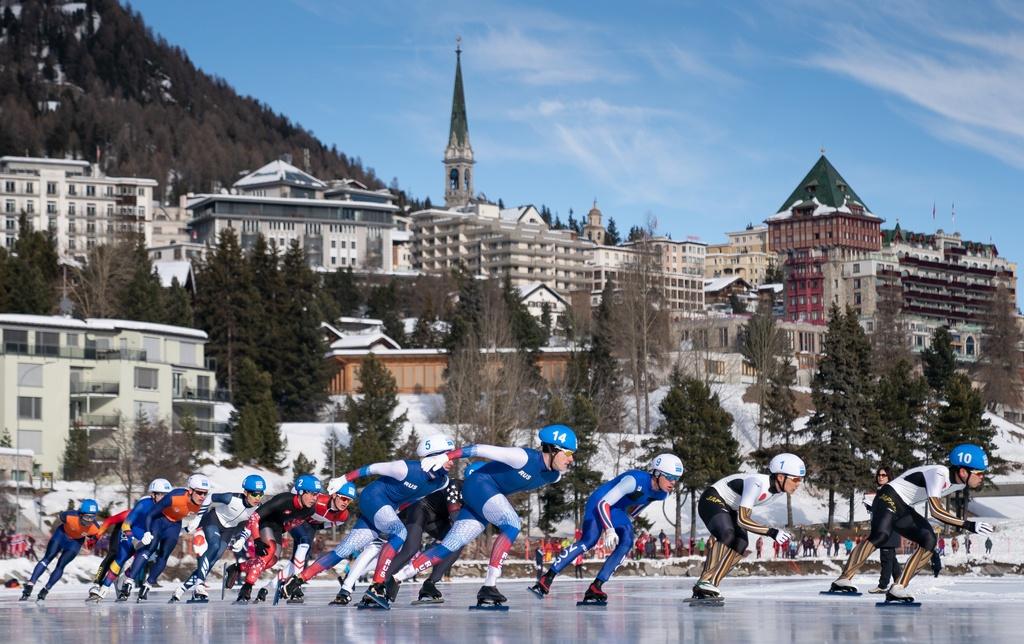 Arito Motonaga (JPN) had a taste of victory and wanted more. With a total of 30 points, he obtained his third medal of the Youth Olympic Games, with another Gold to wrap up his performance in style. “In these Games my goal was many gold medals and I got it, so I’m very happy,” he said. “I am going to celebrate by getting some cheese fondue at the village. I am very excited.” Trailing him with 20 points was the unexpected Diego Amaya Martinez from Colombia, winning the first Winter Olympic Medal for his Country. In third place, with 10 points, Pavel Taran from Russia took bronze.

In the Ladies race, Yang Binyu (CHN) was not satisfied with only a bronze from the 1500m race. She skated her way to gold, with 30 points. “Today made up for winning bronze two days ago,” she said. “Gold is good. I don’t know how I’m going to celebrate.” In second place, with 25 points, was Zuzana Kursova (CZE). Italy’s Katia Filippi took home the bronze medal with 10 points.