Last season, the Belgian Short Track Speed Skating squad benefited from what might seem like the skating equivalent of winning the lottery. In an unorthodox partnership with a country that is often considered a fierce sporting rival, the Netherlands, the decision was made to effectively merge the two nations’ squads. 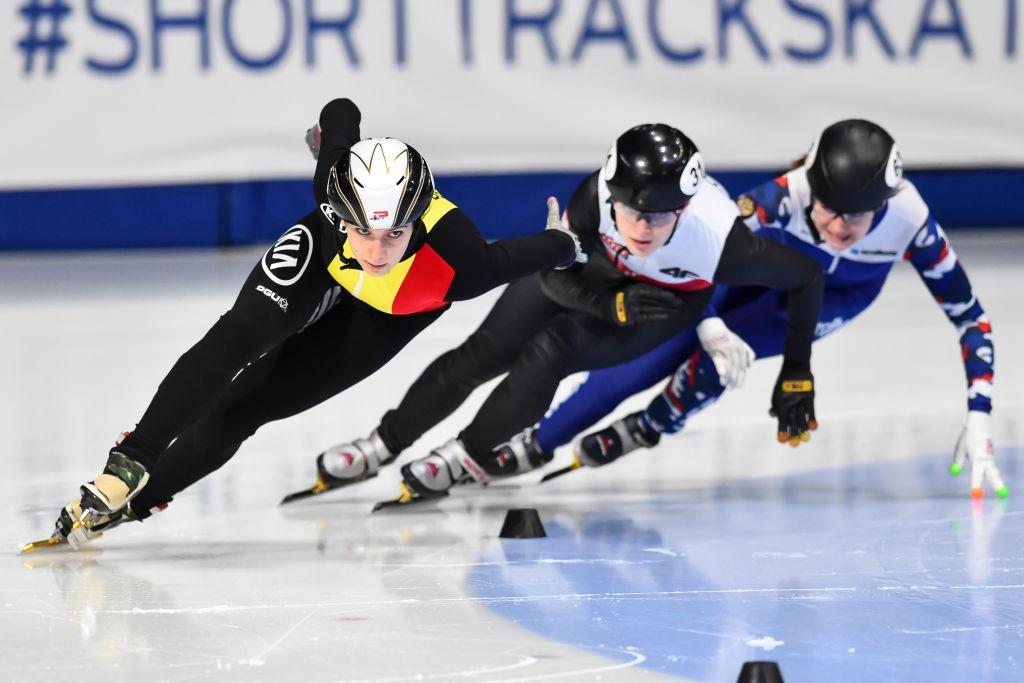 While they’d still compete under their own flags, and hope to hear their individual anthems on the podium one day, a joint elite programme agreed at federation level meant that Belgium’s top racers relocated to the top-class facilities in the Dutch city of Heerenveen. One of the key beneficiaries has been perhaps Belgium’s most promising racer, Hanne Desmet.

“It has really helped us, training with the Netherlands team – they are on such a high level, their coaches are great and Heerenveen is one of the best places in the world to train,” says Desmet, 23.

“It is so much better for us that we are in a bigger, faster team. Back in Belgium, there were often only five of us on the ice. We were a small group, never quite knowing if we could continue doing what we were doing.

“And I was always the only girl, so for me to be able to train with the Dutch girls now, that makes much more sense than training with the guys. It has pushed me to be more competitive. 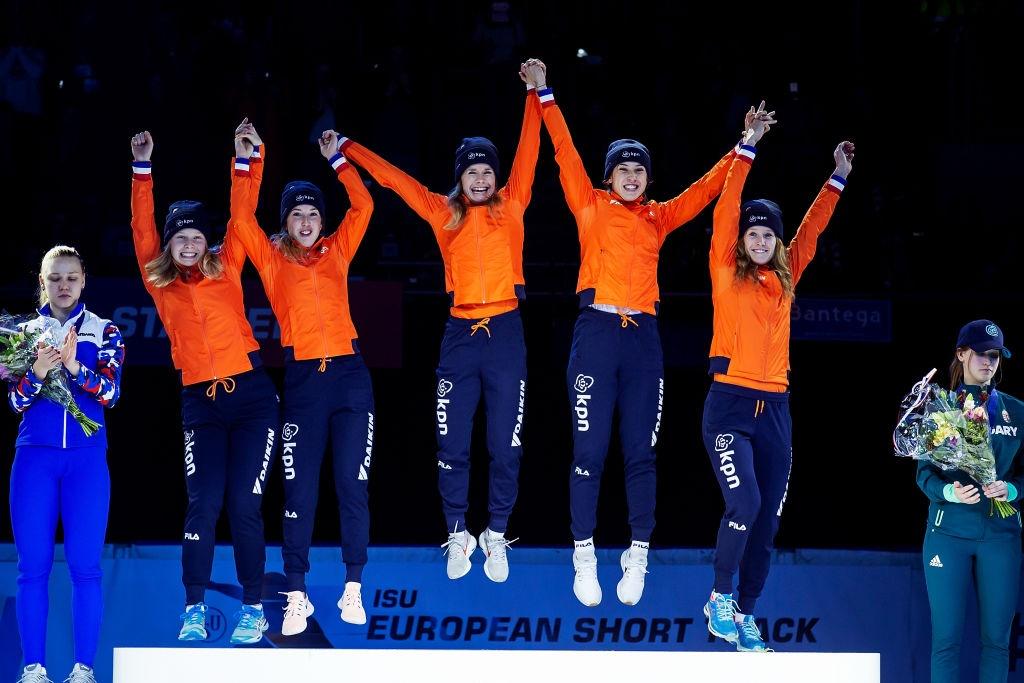 “It was weird being in such a professional team at first, we were used to a lower level. Training with [reigning World Champion] Suzanne Schulting, Lara van Ruijven and Yara van Kerkhof is so cool. You are with the best of the best, and it is fun too, because we have become good friends.

“Suzanne had such an incredible season last year. She is crazy strong. We could all see it in training, I knew she was going to be great. She’s just so focused and tough, she’s always pushing her limits.” 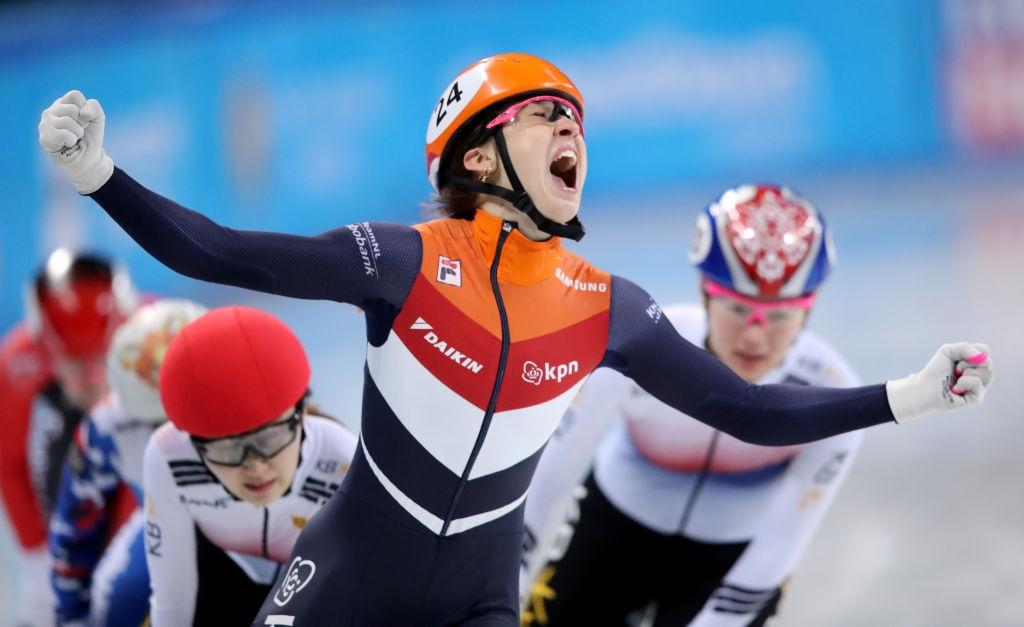 Desmet has impressed too, holding her own last season in an incredibly strong ladies’ ISU World Cup Short Track Speed Skating field. She got a 6th place in Dresden in the 1500m, and managed four top-10 finishes. Moving towards her racing prime, the next step is to start getting into medal positions.

“I was very happy with last season,” she says. “I made a lot of improvements and I proved I could race at that level with the other skaters. I feel like I can get there.

“I need to keep training hard. There are lots of ways I can improve, both physically and through my technique, which isn’t the best yet. 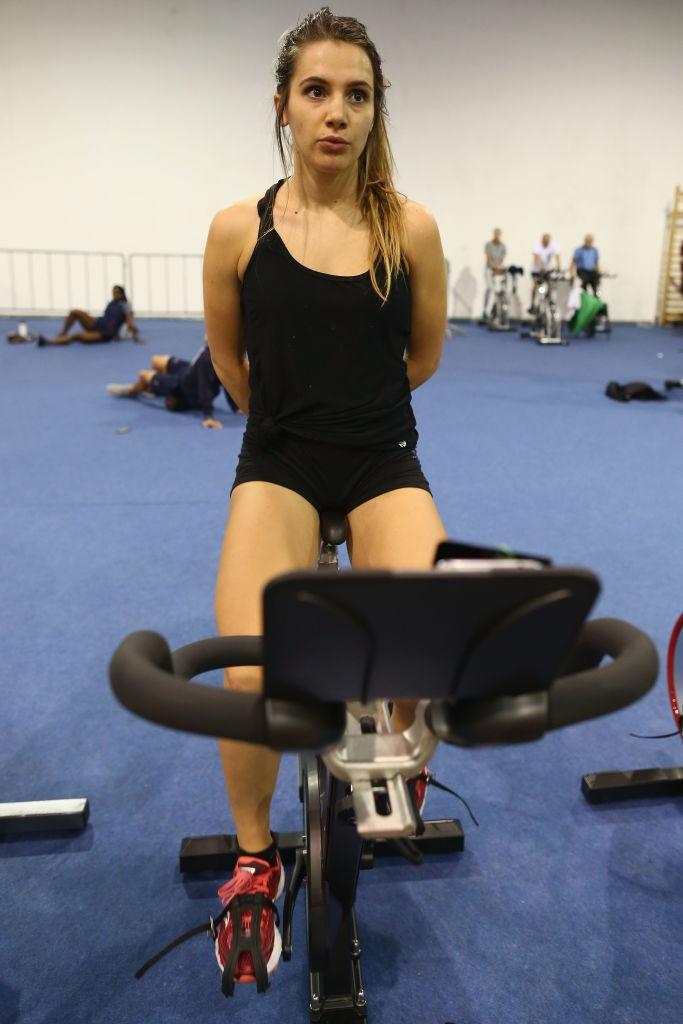 “This year I would like to get on a podium, because I was pretty close last year. I want to get stronger and see where that gets me. My endurance is pretty good. I can keep going, that’s my best quality.”

As Netherlands discipline manager Wilf O’Reilly said recently, the joint venture has aided both parties. Dutch racers have benefited from the expertise of Belgian coach Pieter Gysel, while the Belgians have been able to tap into the wisdom of Netherlands coach Jeroen Otter.

“They are both great, they are very similar personalities,” says Desmet. “Every day, you learn something from them. They are both know-it-alls! But they are great fun too, there is a lot of humour.” 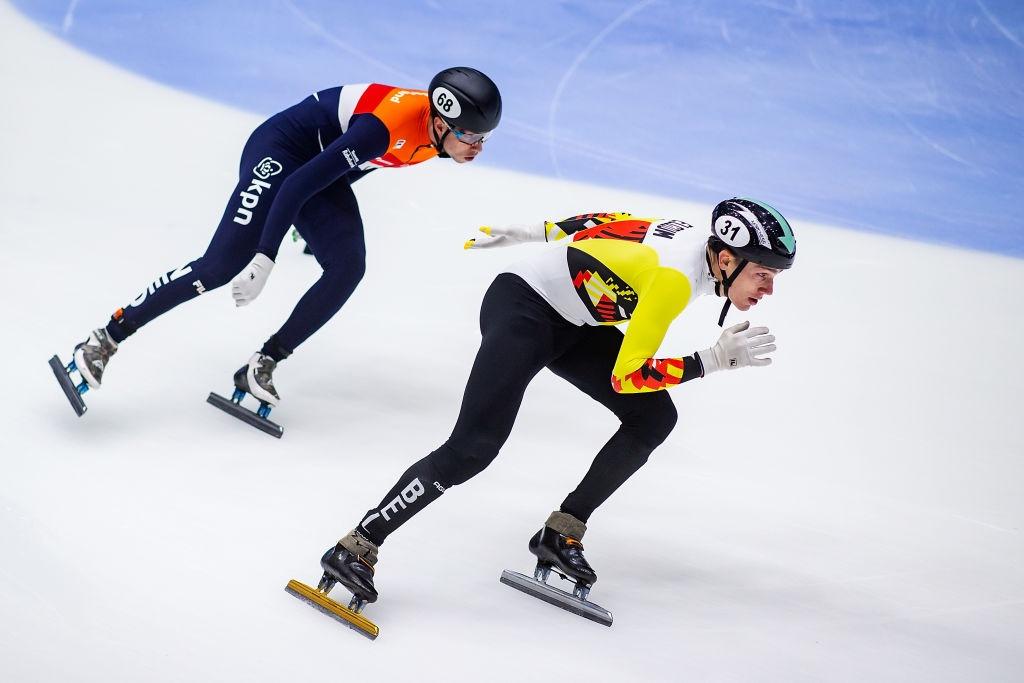 Desmet has another secret weapon on tour too: her brother. Younger sibling Stijn is also an elite skater, and the pair provide moral support for each other throughout the season.

“I got into skating through my brother,” she says. “He did inline at first, and eventually I joined in. And then Belgium did a Short Track Speed Skating project, and I got involved. Eventually we both got onto the World Cup circuit and really enjoyed it.

“Moving home wasn’t hard for us because we had each other. We get along great and it’s so nice to have him here. To have someone you know and trust is fantastic, we can talk about anything. When I have a bad day he is there for me, and I support him too.” 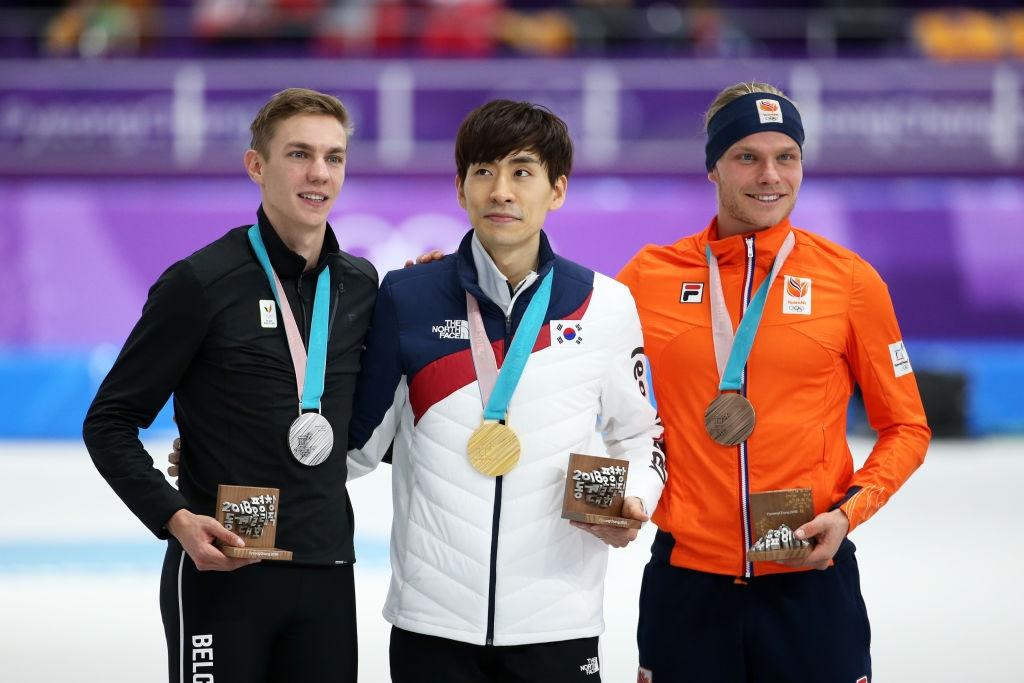 Alongside Bart Swings, who won silver in the mass start Speed Skating at PyeongChang 2018 – Belgium’s first medal in an Olympic Winter Games since 1998 – the Desmets hope to help increase the popularity of ice racing in their homeland.

“I was so happy for Bart,” she says. “That was amazing, seeing Belgium get a medal in winter sports. It’s all about football and cycling at home and not many people know Short Track. Hopefully me, my brother and Bart can help change that. 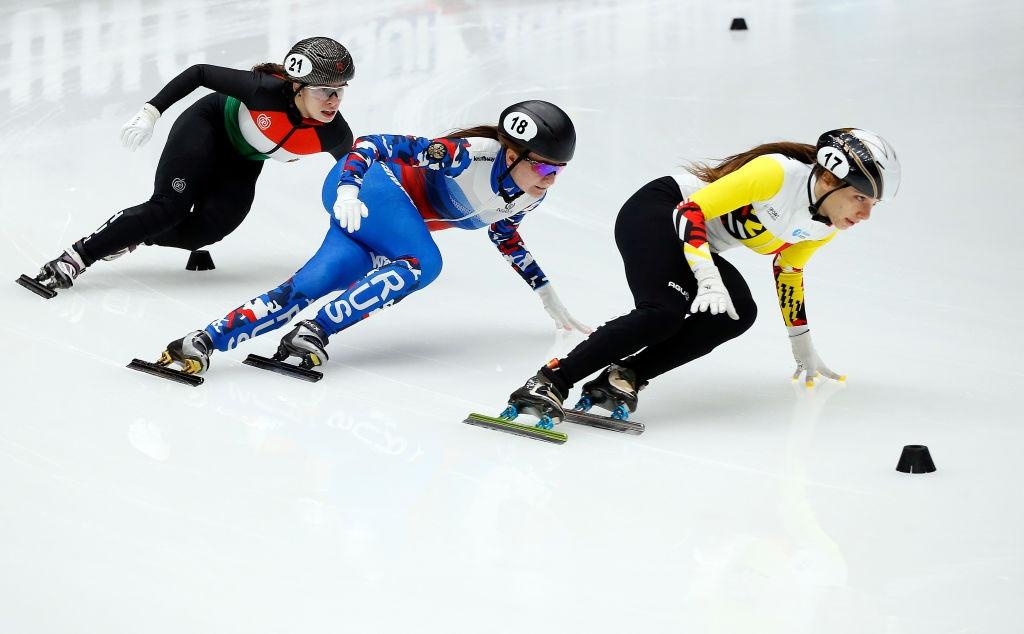 “Obviously the next Olympics is the goal, but there’s so much to do before then. The World Championships this year in Korea should be very cool.”

Don’t be surprised to see Desmet in the mix for medals by the time these big competitions come around.

“I love the excitement of the sport, especially the longer distances,” she says. “I love getting tired over the 1500m, but fighting to keep going. I’m an endurance athlete really, and I think I’m capable of doing more.” 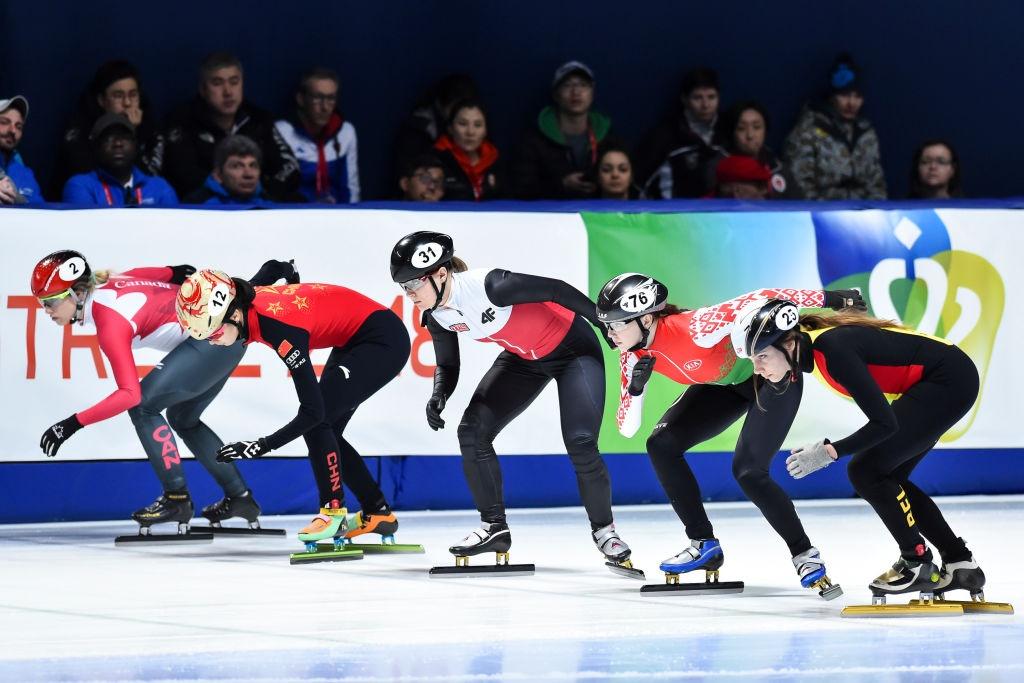