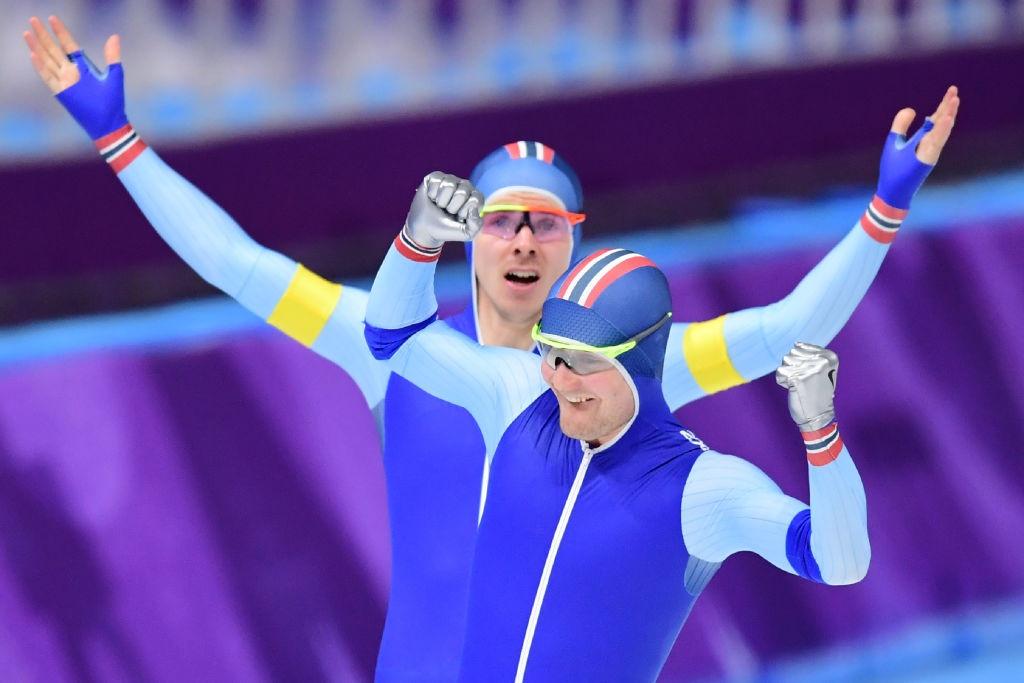 Simen Spieler Nilssen may miss the first World Cup races of the Speed Skating season in November. The 26-year-old Norwegian got injured in a cycling accident together with teammate Sverre Lunde Pedersen in Inzell, Germany, in September.

Nilsen suffered three minor fractures in the back, which will take at least six weeks to recover from. Pedersen suffered bruises, but he got back on the ice in Inzell already.

The accident happened while Pedersen and Nilsen, both members of Norway's golden Team Pursuit squad at the Pyeonchang 2018 Olympic Games, were doing tempo training and short intervals on their bikes in the Inzell area. There were no other vehicles involved.

"I’m not 100% sure about what happened, because it happened so quick," said Pedersen. He went back to his home town in Bergen to recover after the crash, but returned to Inzell in the first week of October to resume training.

"I think there were some problems with my bike. We were doing sprints and suddenly something twisted or stopped working, so I flipped over and into Simen."

"They hit the surface pretty hard. In tempo training they ride at high speeds using a lot of power. We're not exactly sure what caused the crash. It may have been a broken chain or something else with the bike."

Both Nilsen and Pedersen were taken to the nearest local hospital immediately.

Pedersen was released from the hospital one day later.

"He's got bruises all over the body, but luckily enough no other major injuries" Sætre said.

"They examined his left hand, because it hurt, but it was not broken. I told him not to worry because the left arm is on his back when skating anyway and he laughed."

Nilsen had to stay in the hospital one day longer than Pedersen.

Sætre: "He's got three fractures in the back, but there's no spinal cord injury. The positive thing is that he did not need any surgery."

He also had a blow to the kidney, which has been examined. Ultrasound has confirmed damage to the kidney and we expect him to be back in training soon," says Norway's national team doctor Mona Kjeldsberg in a press release.

The injuries will keep Nilsen off the ice for quite a while, however.

"It's too early to say when he's ready for ice skating again," Sætre said. "He'll have to recover at home in Arendal and we'll have to see how quick things heal.

Two weeks after the accident Sætre was happy to announce that Nilsen was making good progress.

"He will get on a stationary bike to pick up the first light training next week and then the doctors can evaluate how to proceed."

The first World Cup events of the season will come to early, however.

"We have to be smart and not rush things, because we don't want to mess up things for the rest of the season."