Kai Verbij (NED) took the lead in the Men's tournament on the first day of the ISU European Sprint Championships in Collalbo. The defending champion enjoyed a stroke of good fortune after his compatriot Kjeld Nuis (NED) was disqualified in the 1000m. Håvard Lorentzen (NOR) is second and his countryman Henrik Fagerli Rukke third. 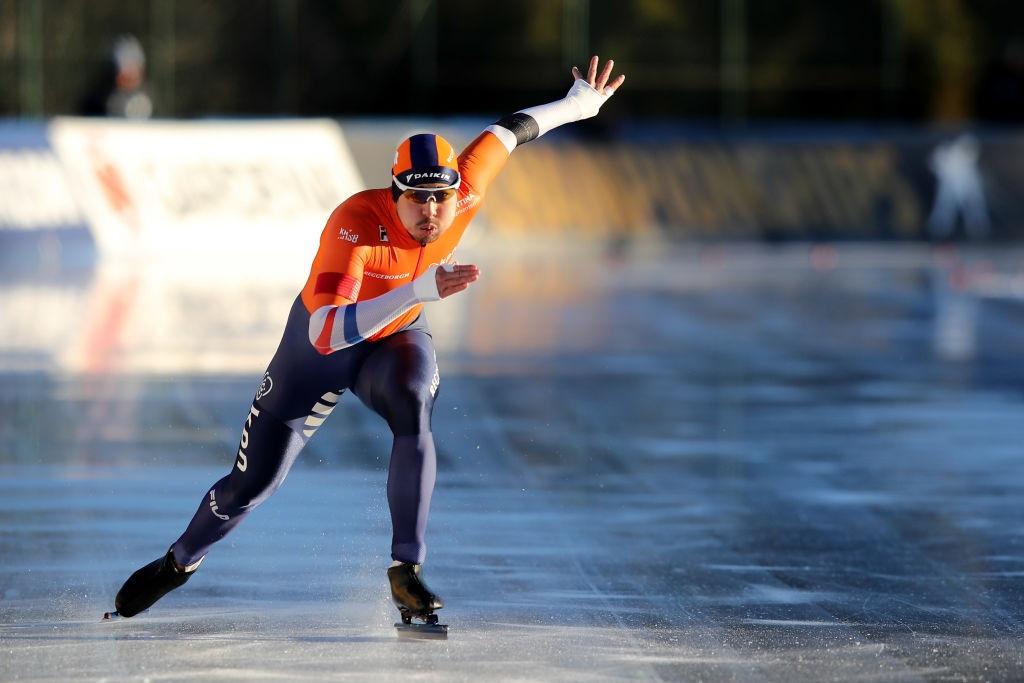 Kai Verbij (NED) kept all challengers at bay in the 500m. The Dutchman clocked 35.23 seconds in the seventh pair after Norway's Henrik Fagerli Rukke had given him something to aim at with 35.36 in the third pair.

"That was the distance in which I had to make the difference with Kjeld [Nuis], because he beat me in the 1000m at the Dutch Championships. It worked out well."

None of the other skaters were able to beat Rukke's time, leaving the 22-year-old Norwegian to take silver in the first 500m. Olympic 500m Champion Håvard Lorentzen (NOR) stopped the clock at 35.58 to end up fourth, while the Olympic 1000m Champion Kjeld Nuis (NED) came third in 35.47.

Lorentzen skated versus compatriot Bjørn Magnussen (NOR), who finished in 10th spot, and felt that both of them were a little unlucky.

"I was a little bit disappointed. Me and Bjørn did our slowest openers of the year except for Tomakomai (JPN) and I think it's because of the wind. It felt like a good race. I usually like outdoor racing when the conditions are equal, but today it was a little bit up and down with the wind. But that's how it is."

In the 1000m, Verbij skated a track record time (1:08.97) before Nuis took on compatriot Thomas Krol (NED) in the final pair. Krol crashed out of the race in the final corner, leaving Nuis to beat Verbij's time. Ten minutes after the race, however, Nuis was disqualified for crossing the line in the inside corner after having kicked two markers off the track.

Kjeld Nuis finished third in the first men's 500m race on Day 1 of the ISU European Speed Skating Championships in Collalbo (ITA), before being disqualified in the 1000m 2019©International Skating Union (ISU)

"It's a pity for the crowd and it's not good for Dutch skating, but if you hit two markers, you obviously cross the line. Then you're out," Verbij said. "He took a risk and this time it did not work out well."

"It's going to be hard to catch Kai, so second place overall would be my main goal for tomorrow, but of course I will try to catch him," Lorentzen said.

For full entry lists and further information regarding the European Speed Skating Championships please visit: isu.org/speed-skating. Results are here and you can follow the discussion on social media by using #EuroSpeed and #SpeedSkating.

Wüst (NED) and Kodaira (JPN) break their own track records

Kulizhnikov and Yuskov shine as Russian men dominate in Poland