Friends on the podium 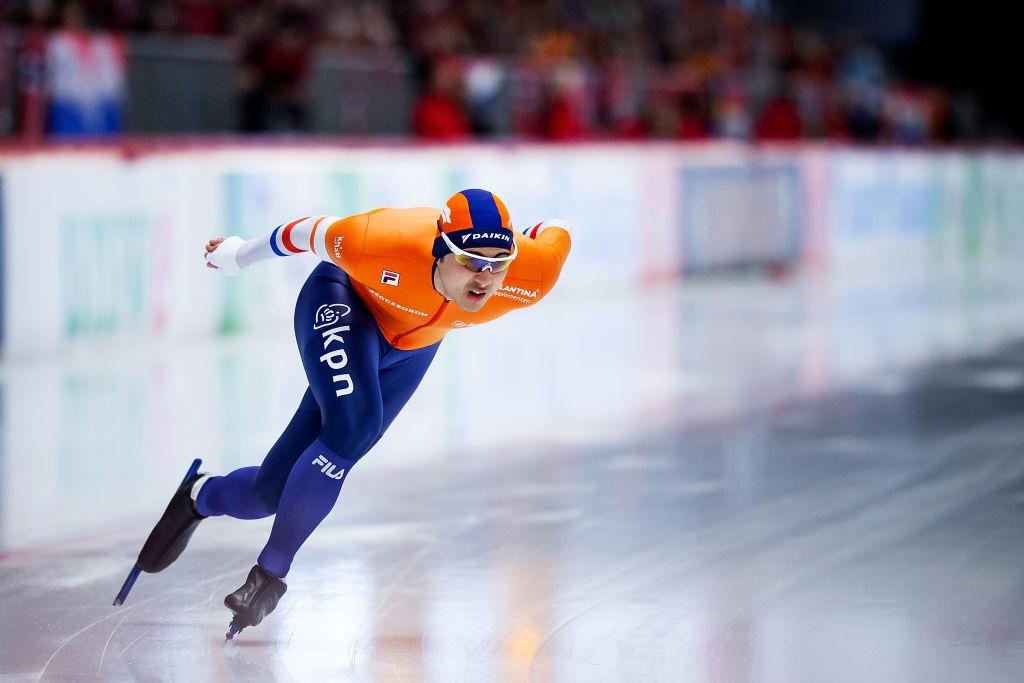 Before Verbij took the ice in the penultimate pairing in the 1000m, his good friend and former teammate Krol had been the first to skate under 1:08, breaking Kjeld Nuis’s 2018 track record by three-hundredths of a second in 1:07.67.

“He scared the hell out of me with that time,” Verbij admitted afterwards.

Despite his nerves, the 2017 World Sprint champion managed to keep his composure. “I never used to have a real plan for the 1000m in the past, but now I do. I skated quite a lot of 1000m starting in the inner lane, so I know what to do. I start at 80-90 percent and play safe in the second inner corner. From that moment onwards I attack the outer corners full throttle."

The plan worked perfectly and Verbij had enough power left to skate 26.1 in the final lap to finish in 1:07.39. 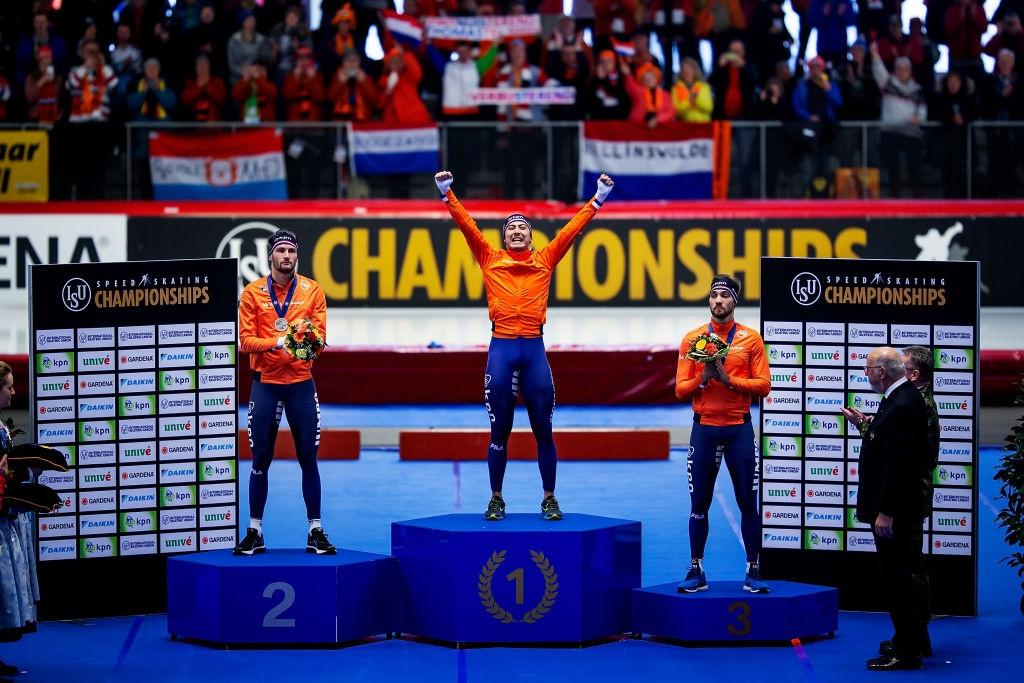 Krol, 26, had mixed feelings at being bettered by his friend. “It’s supercool to be on the podium together, but I’d rather have seen a different order obviously,” he said.

After Verbij’s run, Olympic champion Nuis took on Pavel Kulizhnikov (RUS) in the final pairing. The Dutchman had a false start and both skaters had a sloppy race with minor mis-strokes. Nuis still managed to clock 1:07.81 for bronze, but Kulizhnikov had to settle for sixth place in 1:08.13.

Nuis, 29, insisted the false start had not influenced his race. “No, I had a false start last year at the Olympics and I skated the race of my life, and today my opening was good too,” he said.

“I was focused on my opponent too much, instead of on my own technique. We both skated a jerky race and I’m really gutted. But all credit to Kai: he skated a fantastic race."

Jorrit Bergsma took his third 10,000m world title in the day’s final event, edging out compatriot Patrick Roest by four-tenths of a second, while Danila Semerikov (RUS) pushed home favorite Patrick Beckert (GER) off the podium by a 0.002 margin. 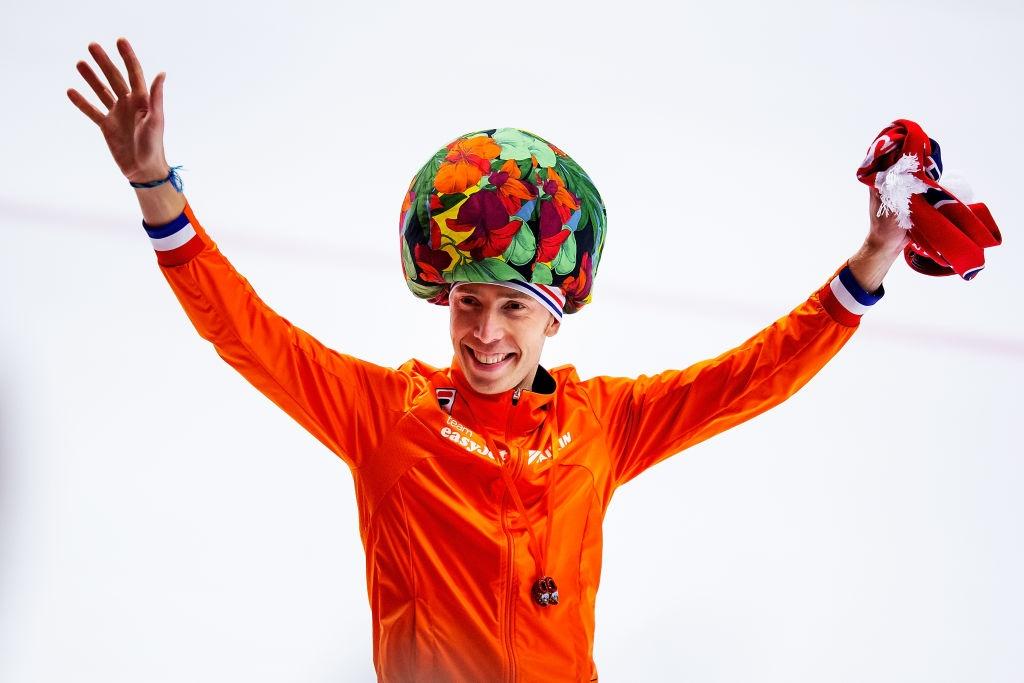 Beckert had skated 12:57.40 in the penultimate pairing and, with only Roest and Semerikov to go, he was in silver medal position. Bergsma was in the lead with 12:52.92.

Roest attacked Bergsma’s time straight from the start and he got a small lead over his compatriot in the split times until the sixth of 25 laps. He gradually lost time in the rest of the race and with two laps to go the World Allround champion was almost three seconds down on Bergsma.

In the meantime Semerikov, in bronze medal position, was closing on Roest. The 23-year-old Dutchman said: “I was afraid that he (Semerikov) would come back and that would endanger my silver medal, so I tried to pull my last reserve.”

Roest accelerated to skate a 29.8 final lap, giving Bergsma quite a scare before finishing in 12:53.34.

A relieved Bergsma, 33, said: “That was close. I skated a solid race, but not great. Halfway through the race I thought that Patrick would win, but then he appeared not to be so strong either. But in the end he accelerates super strong.” 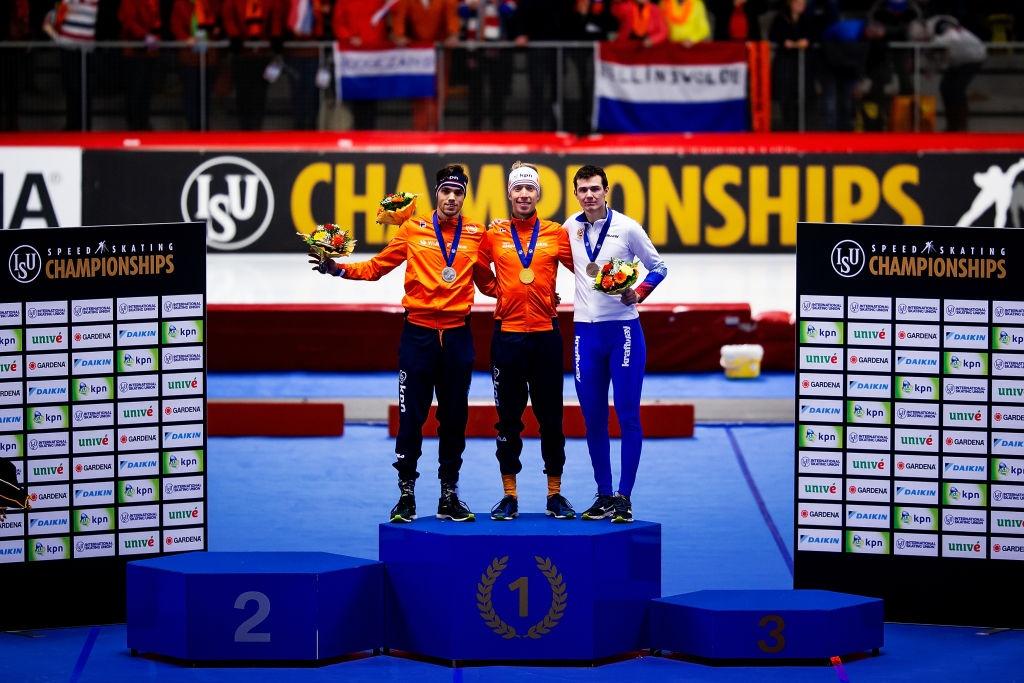 Patrick Roest and Jorrit Bergsma of Netherlands and Danila Semerikov of Russia on the 10,000m podium © International Skating Union (ISU)

In Roest’s draft Semerikov finished in the same time as Beckert, but he appeared to have pushed his skate over the line two thousandths earlier than the German, who took his loss like a true sportsman, saying: “I’m happy with my time. When you're so close to a medal it’s hard to be satisfied but that’s sport. Sometimes you’re lucky, sometimes you’re not."

For full entry lists and further information regarding the ISU World Single Distances Speed Skating Championships please visit: isu.org/speed-skating. Results are here  and you can follow the discussion on social media by using #WorldSpeed and #SpeedSkating.

The ISU World Single Distances Speed Skating Championships is available in some countries on the ISU Skating Channel.

Sáblíková on top of the world with tenth 5000m title