Nuis bouncing back from disappointment

Nuis missed out on qualification for the Beijing Olympic Games 1000m at the Dutch trials last week, but was handed a slot in the European Championships because Hein Otterspeer (NED) withdrew with a minor injury. The 2018 Olympic champion beat countryman Verbij, who did qualify for the Olympic 1000m last week, in the penultimate pairing to set the fastest time so far.

“I don’t think I can look at any race without thinking about the trials at the moment,” Nuis said. “Of course you can write that with today’s result I would have gotten an ticket for the Olympic 1000m, but that’s just a little too late now. This was a new race, I don’t want to look back constantly, although it still hurts of course.”

Nuis will still be at the Olympic Games defending his 1500m title, and taking silver in one minute and 7.86 seconds gave him a boost ahead of Beijing.

“I skated well today, I have to be happy with that. It’s a pity I did not win, but Thomas (Krol) is definitely the man to beat in the 1000m at the moment. Look at his 1:07.2 last week at the trials, that’s a real boss time, and for me to come this close just tells me that I’m good.”

In the final pairing Krol clocked 1:07.77, taking advantage of the draft behind Ignat Golovatsiuk (BLR) on the final backstretch.

“He had a nice chase at Golovatsiuk on that last crossing,” Nuis said. “But on the other hand, I had a good draft behind Kai (Verbij) at the first back stretch.” 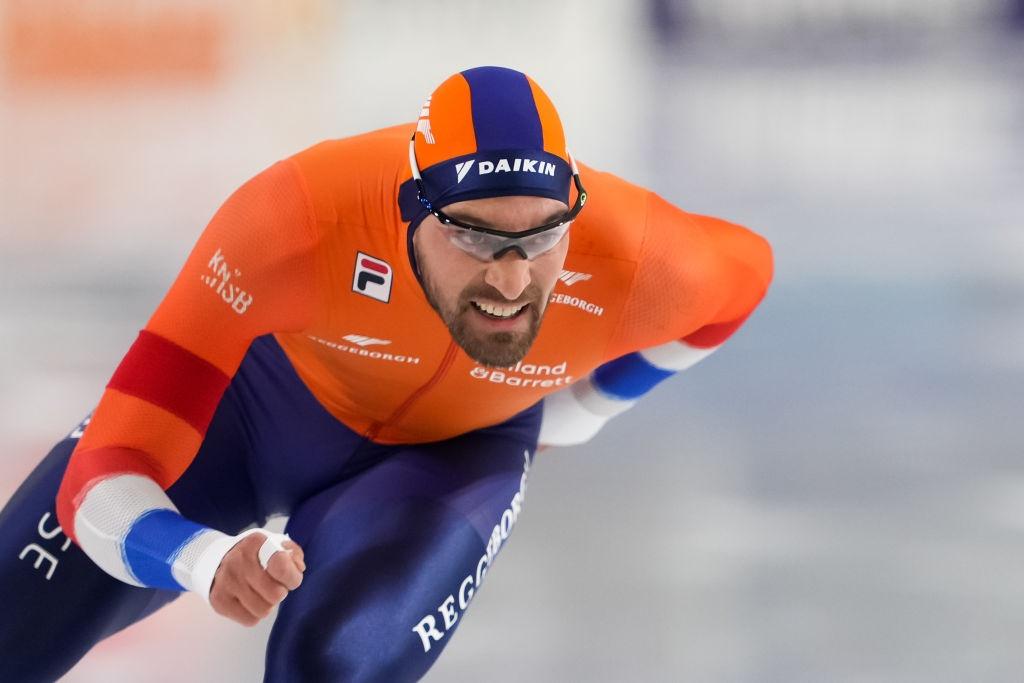 For Krol it was a first international 1000m title after already having two 1500m World titles under his belt. He had been relaxed going into the European Championships, with Olympic tickets for the 1000m and the 1500m already secured.

“It’s funny, last week (at the Dutch Olympic trials) skating was terrible, nerve-wracking. This week it was a bit less tense. I was able to enjoy skating more. Sunday I’ll have my last race (before the Olympics) and then it’s back to training again. I’m really looking forward to that.”

Training will be necessary, because while the Dutch may have swept the European podium on Friday, at the Olympic Games, they can take nothing for granted. Jordan Stolz (USA) won the 1000m at the US Olympic trials in Milwaukee in 1:07.61 on Thursday.

“I’ve watched that race on YouTube,” Krol said. “Very impressive. It’s difficult to compare times from different tracks, but he definitely is a man to take into account. He’s only 17 years old, that’s bizarre. I did not skate a time like that when I was 17. It’s going to be a great race with him in the mix (at the Olympic Games).”

Title and track record for Dutch in Team Pursuit

Before the sprinters took to the ice for the 1000m, the men’s competition had begun with the Team Pursuit. Olympic champions Norway (Allan Dahl Johansson, Hallgeir Engebråten, Sverre Lunde Pedersen) set a high bar in the second heat, beating their own track record by 0.16, when they finished in three minutes and 38.92 seconds.

“We had kind of expected that (a good time from Norway),” Dutchman Marcel Bosker said. “But we had not expected them to skate a track record. We aimed at a track record ourselves, around 3.38, and that’s exactly what we did, even just under 3.38.” 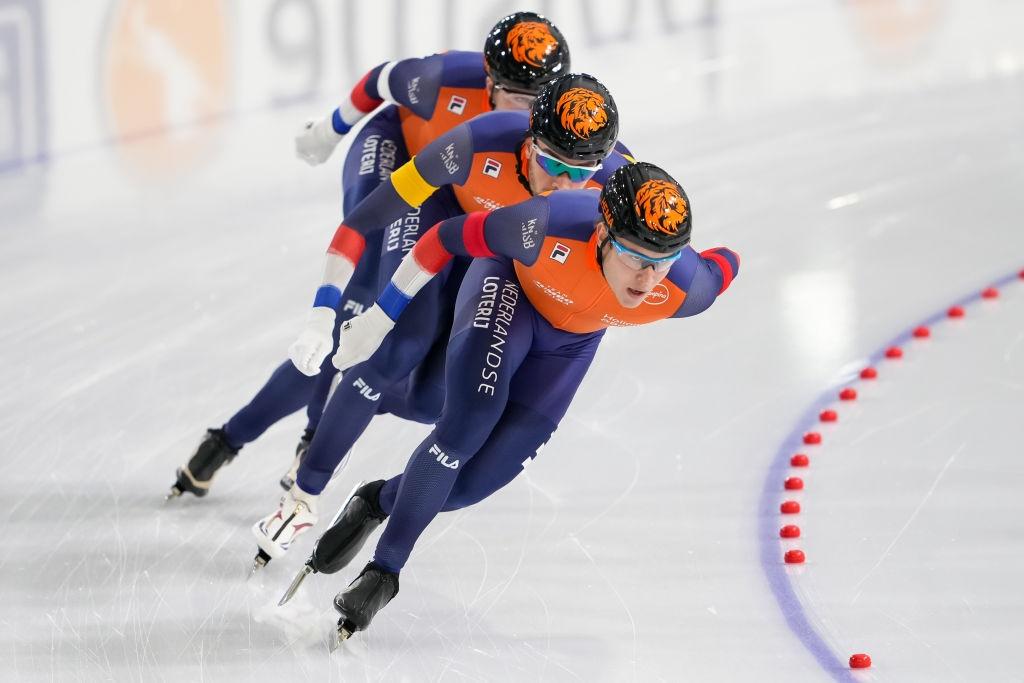 Kramer, Bosker and Roest, who skated in the same line-up two years ago when they also won the title, finished in 3:37.97. For Bosker it meant confirmation of his spot in the Dutch Olympic team. After failing to qualify for an individual distance, he was chosen for the Team Pursuit together with Kramer, at the expense of Dai Dai N’tab and Tijmen Snel, who did qualify individually.

“It’s been awkward, everything that happened over the past week,” Bosker said. “I understand all the frustrations. Dai Dai and Tijmen are teammates and friends and I feel the pain. But I think it’s a fair choice, looking at the medal chances we have in the Team Pursuit, and I’m glad we were able to show it today.

“The Americans are very strong too. I think we are the top favorites, but we shouldn’t think about that too much, because it would only lead to extra pressure, which doesn’t help.”

For full entry lists and further information regarding the ISU European Speed Skating Championships visit: isu.org/speed-skating. Results are available here and you can follow the discussion on social media by using #SpeedSkating.