In a classic fight between speed and stamina, Miho Takagi (JPN) struck hard in the 500m before Irene Schouten (NED) hit back with a track record in the 3000m. The pair set up an epic fight for the title and heading into the second day of the women’s Allround World Championships in Hamar, Takagi holds a 0.43-second advantage over her Dutch rival in Sunday’s 1500m. To conclude Saturday’s action the Dutch women finished ahead of Poland and Norway in the World Team Sprint.

Takagi started the tournament by clocking 38.31 seconds in the shortest distance. The Olympic 500m silver medalist opened up a big gap over Dutch rivals Antoinette de Jong and Schouten, who had to make up 3.00s and 5.58s in the 3000m respectively. Yet Takagi, the 2018 World Allround Champion, was not satisfied with her sprint result and said: “I don’t know what happened with 500m. I wanted to gain a much bigger lead.”

Schouten finished the 500m in 39.24s for seventh place. Before the race she had feared a bigger gap, saying: “I thought (beforehand) ‘if only that gap is not going to be more than two seconds’ but it wasn't too bad, even less than a second.”

Takagi’s compatriot Ayano Sato (second in 38.49s) and her sister Nana Takagi (fourth in 38.71s) kept Miho in sight in the 500m. Nadezhda Morozova (KAZ) clocked 38.59s to take third place in the distance. Sato and Morozova were not able to maintain their ranking in the 3000m, dropping to sixth and ninth place respectively.

Schouten and Takagi faced each other in the sixth pair of the 3000m. The Japanese speedster was faster in the opener and the first full lap but Schouten caught up at the 1000m split and slowly but steadily extended her lead. With a time of three minutes, 58.00 seconds, she beat the track record of 4:00.26 set by Gunda Niemann-Stirnemann (GER) in 2001.

“I’ve been very consistent throughout the season,” the three-time Beijing Olympic champion said about maintaining her form after her successful campaign in China. “Except for Salt Lake City, I skated track records at every track this year.” Takagi dug in and eventually finished in 4:02.73 for fifth place in the distance, hanging on to the lead in the overall ranking by the skin of her teeth. Going into Sunday’s 1500m, the difference between Takagi and Schouten is 0.43 seconds. Contrary to her 500m performance, Takagi was content with her display in the longer distance, saying: “My 3000m was reasonable. It’s going be tough but I will fight until the end.”

Schouten also vowed to battle. She said: “(After the 3000m) I thought this may become very tight. I really have work to do. Takagi and De Jong are close and therefore the 1500m is crucial, there’s a lot of pressure. I just hope I don’t lose too much and then we’ll see in the 5000m.”

De Jong kept the two speed and endurance specialists in sight in both distances and she’ll start the second day in third position, at 0.59s from Takagi in the 1500m. She was happy to perform well after a disappointing Olympic campaign, which resulted in 1500m and Team Pursuit bronze. 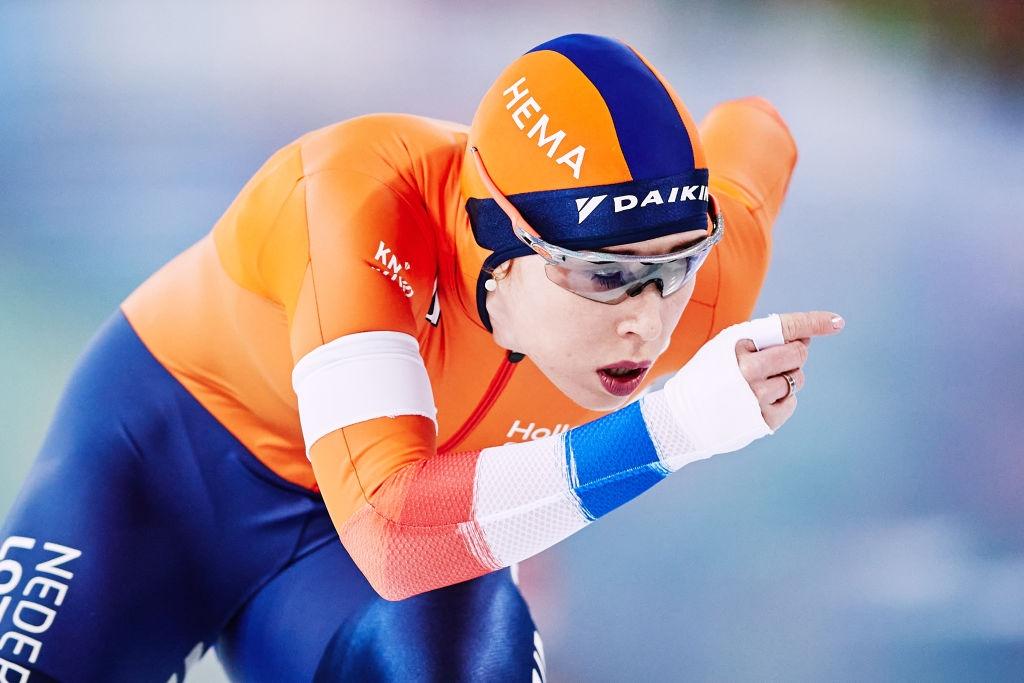 “I was able to fight again,” De Jong said. “That’s something I haven’t felt for a long time. I was able to sit deep and push sidewards and that makes me go so much faster. I’d rather have skated a bit faster in the 500m but usually I always mess up my first day in Allround Championships so I’m happy I could keep my composure this time. I was glad that Takagi did not skate a (500m in) 37s. The gap is not too big and Schouten obviously skates a superb 5000m, so we’ll see where I stand tomorrow.

“We had a good fight on our hands,” new individual World Sprint Champion Leerdam said: “Poland are a good rival. They have two top sprinters (Wójcik and Ziomek) and a girl who can also skate a good 1500m (Bosiek) so we knew it wouldn’t be an easy win. We were sharp and performed well as a team.” 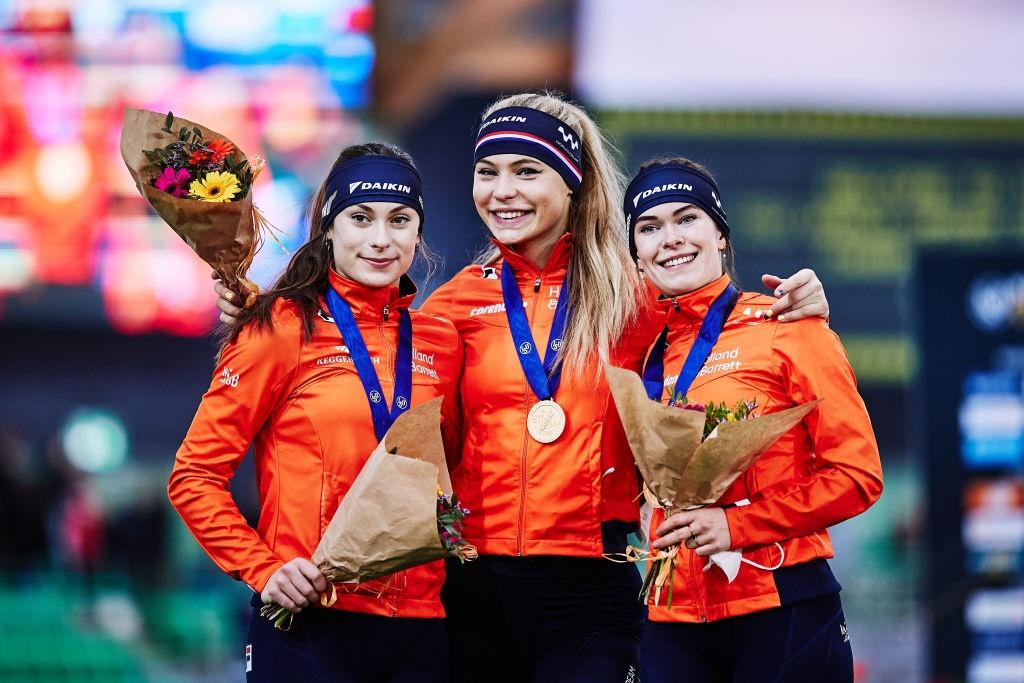