Mao Shimada (JPN) continued in Gdansk where she had left off in Ostrava and struck gold with two convincing performances. The 13-year-old came second in the Short Program to teammate Mone Chiba as her triple Lutz in combination with a triple toe was slightly underrotated (q). In her Free Skating to “Passepied” and “Wild Swans Suite”, Shimada soared to gold with 12 points to spare, nailing a triple Axel, a slightly underrotated quadruple toeloop (q) as well as seven more clean triple jumps to total 217.68 point, which was a new personal best. With two victories, the Japanese Skater is headed to the Junior Final. “I’m so happy that I landed the triple Axel and the quad,” Shimada said. “I want to work on my components, especially on my presentation”, she added. 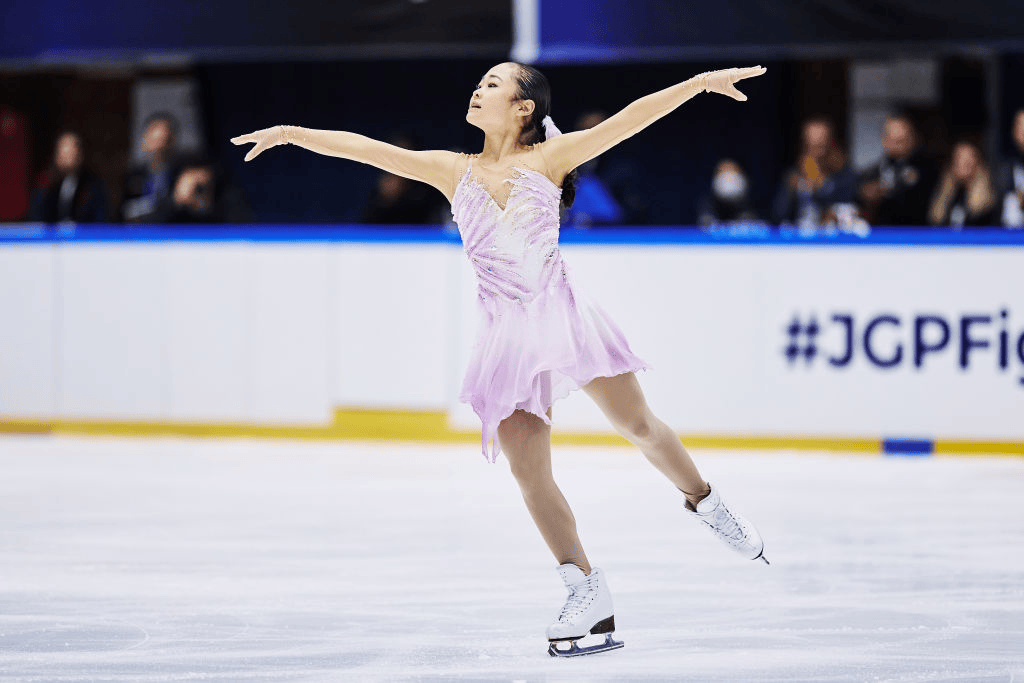 Chiba’s program to the “Butterfly Lovers Concerto” featured six clean triple jumps and a slightly underrotated (q) triple Lutz. She slipped to second at 205.82 points in her ISU Junior Grand Prix debut. Chaeyeon Kim (KOR) added a second medal to her resume with the bronze after winning a silver in her debut last year (195.46 points). 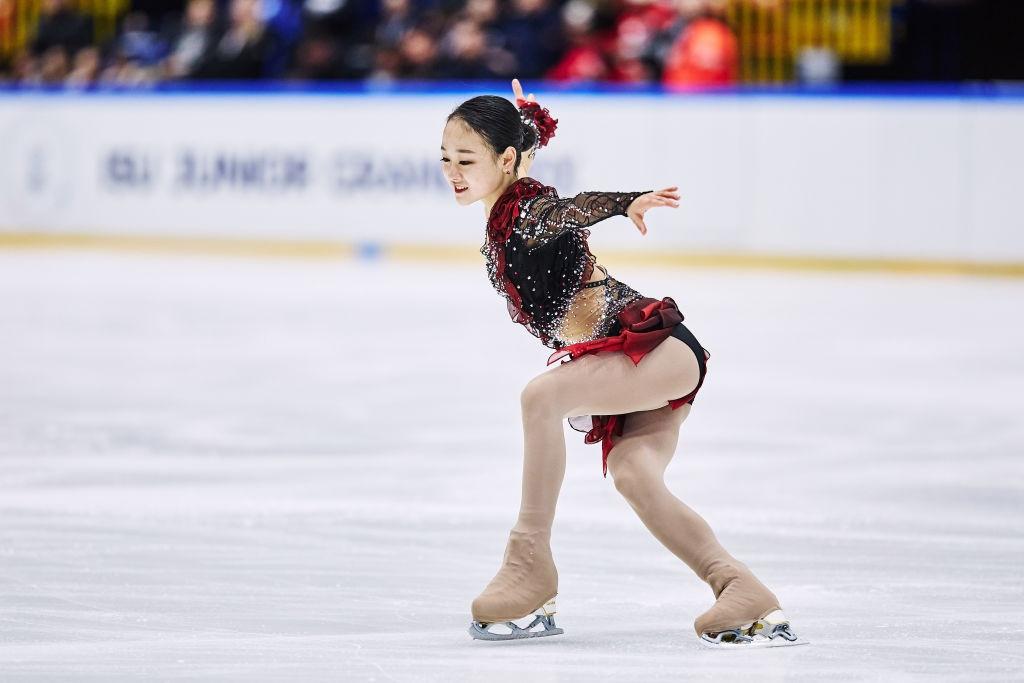 Lucas Broussard (USA) celebrated his first victory on the ISU Junior Grand Prix circuit, but he had to fight for it. The 16-year-old from Seattle ranked fifth in the Short Program to “Adios Nonino” after falling on an underrotated triple Axel. Broussard came back in the Free Skating to “The Leftovers” and “Compassing”, nailing seven triple jumps and moved up to first place at 209.39 points. “It was really surreal, I didn’t expect it and I’m very proud of myself”, the American Skater commented.

Yudong Chen (CHN) produced the biggest jump of the day, rising from 16th place after a faulty Short Program to second at 201.84 points. Just a few days after his 18th birthday, the Chinese landed a quad Salchow, quad toe-triple toe as well as a triple Axel in his program to “Micmacs a Tire-Larigot”. Raffaele Francesco Zich (ITA) picked up the bronze medal, just a little over a point behind Chen with 200.73 points. 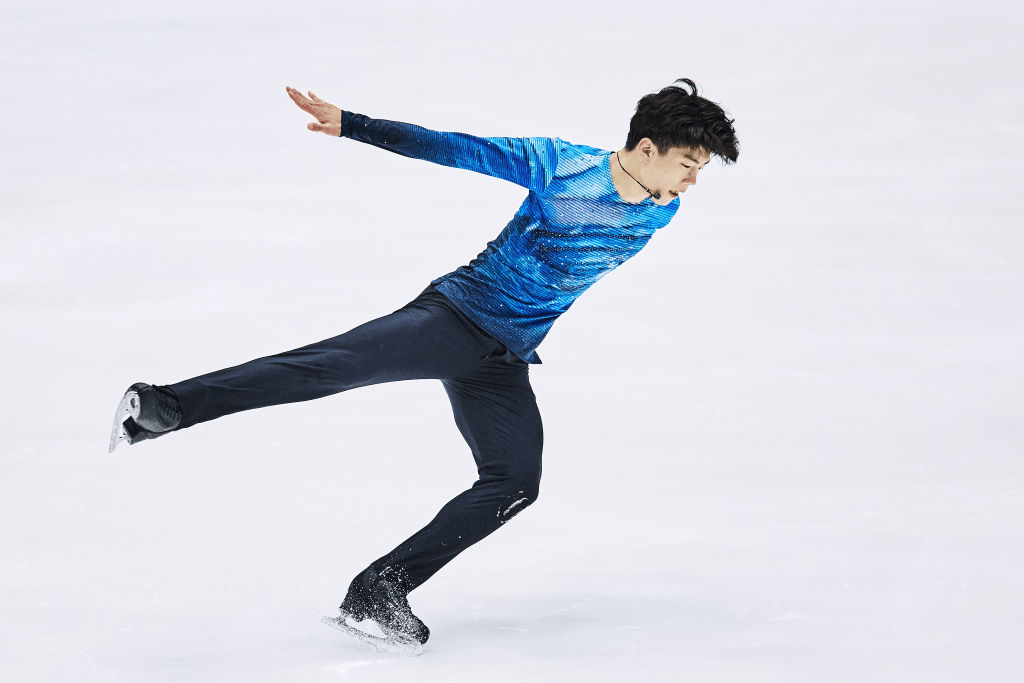 The ISU JGP Ostrava Champion  Nozomu Yoshioka (JPN) this time came fifth and will have to wait and see if that will be enough to make the ISU Junior Grand Prix Final.

ISU World Junior silver medalists Anastasia Golubeva/Hektor Giotopoulos Moore (AUS) came as the top favorites to Poland and did not disappoint. The couple took the lead with their Short Program to “Architect of the Mind”. They build on their lead in their Free Skating set to “Sing Sing Sing”, “Summer Time” and “Mr. Pinstripe Suit”, producing a triple Salchow, throw triple loop and level-four lifts. They even hit a triple toe-triple toe combination, but Giotopoulos Moore omitted the double toe at the end. 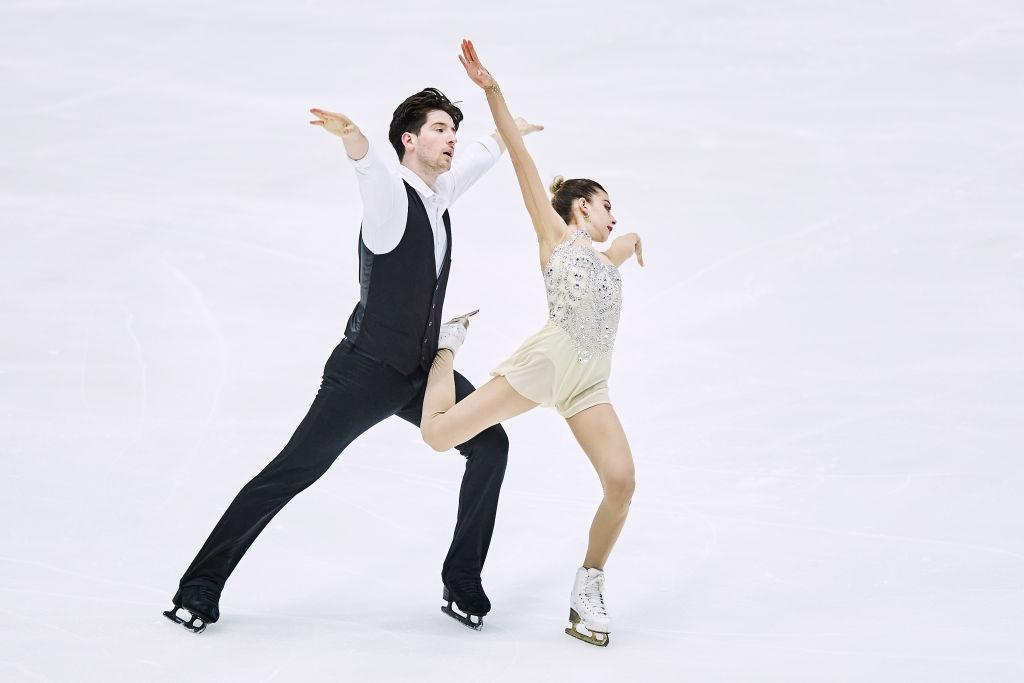 The team scored a runaway victory with 166.56 points, taking their first ISU JGP medal. The couple will compete again next week in Gdansk. “Anastasia and I have a very good relationship off the ice and I feel like that translates onto the ice,” Giotopoulos Moore shared. “Our goal for the season is to skate the best we can. We’re hoping to go to Four Continents, Junior Worlds and hopefully senior Worlds as well,” he continued.

Violetta Sierova/Ivan Khobta (UKR) claimed the silver with 143.48 points. Haruna Murakami/Sumitada Moriguchi (JPN), who compete in their first season as a team, pulled up from fourth to pick up the bronze medal on 140.35 points. They produced a rarely seen side by side triple Lutz in their Free Skating.

ISU World Junior bronze medalists Nadiia Bashynska/Peter Beaumont (CAN) celebrated a confident victory in Gdansk and added the gold medal to their two previous ISU JGP bronze medals. Their Rhythm Dance to the Waltz “Espana” and the “Tango Grand” was highlighted by level-four twizzles, lift and Argentine Tango pattern. The Canadians extended their lead significantly with their Free Dance to “The Red Violin” and “O Doux Printemps d’autrefois”, completing three level-four elements. They set a new personal best for themselves with 170.34 points.

Bashynska/Beaumont (CAN) competes during the 2022 ISU Junior Grand Prix of Figure Skating in Gdansk (POL).  © ISU

’We were basically prepared weeks ahead of time,’’ said Bashynska. ‘’For Peter and I we’re pretty lucky that we motivate each other every day. So even when we found out about the cancellation (of the JPG Armenia) we were able to push through and keep sharp for this competition.” Bashynska/Beaumont will stay in Gdansk for their second event.

Phebe Bekker/James Hernandez (GBR) performed to a modern arrangement of “The Four Seasons” and earned the silver medal like they had in Ostrava, scoring 158.85 points.Celina Fradji/Jean-Hans Fourneaux (FRA) were just a little over one point behind at 157.11 to win the bronze, their first medal on the circuit. 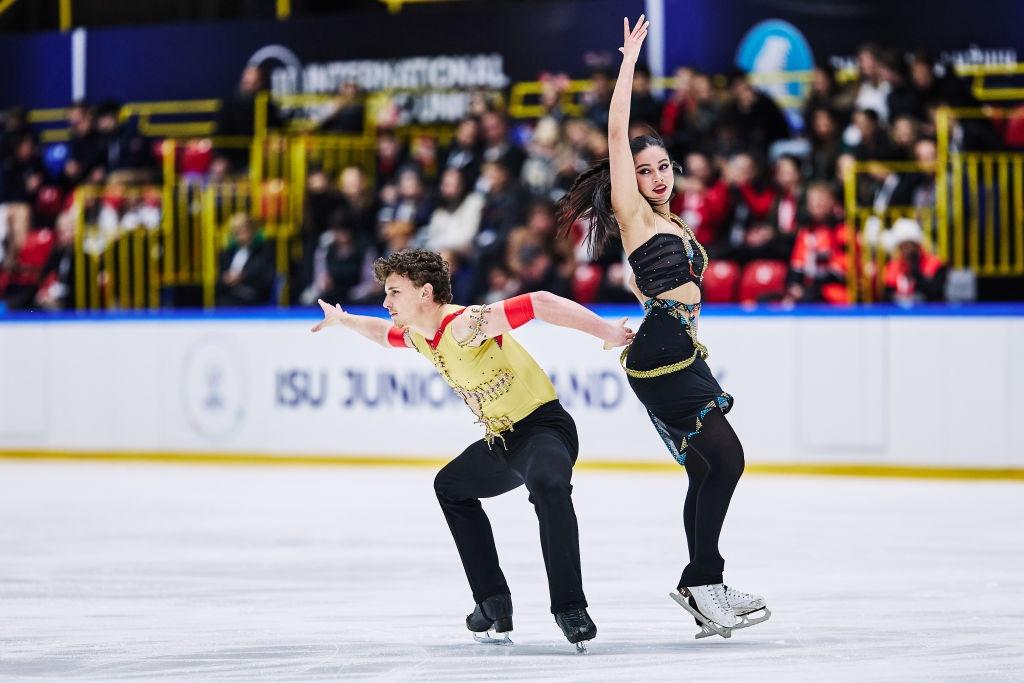