It's now or never for the world’s top Short Track Speed Skaters as the last ISU World Cup of the season takes place in Dordrecht, Netherlands from November 25-28. The final places at the Beijing 2022 Olympic Winter Games will be won and lost.

There will be joy and heartbreak as spots in the 500m, 1000m, 1500m (for both genders), the Men’s and Women’s Relays, and the Mixed Relay, are secured via the Special Olympic Qualifying Classifications (the full rules are here).

It will also be the final opportunity of the calendar year for medal contenders to sharpen their game pre-Beijing. After this, the only tournaments before the main event itself are the European Championships and Four Continents Championships, which take place across the same weekend in January.

One person whose marker is well and truly laid down is the Netherlands’ powerhouse Suzanne Schulting. The World Champion produced arguably the most ruthless performance of her career last weekend in Debrecen, Hungary, winning all three individual golds, plus the Women’s 3000m Relay, to put her a class above the field. 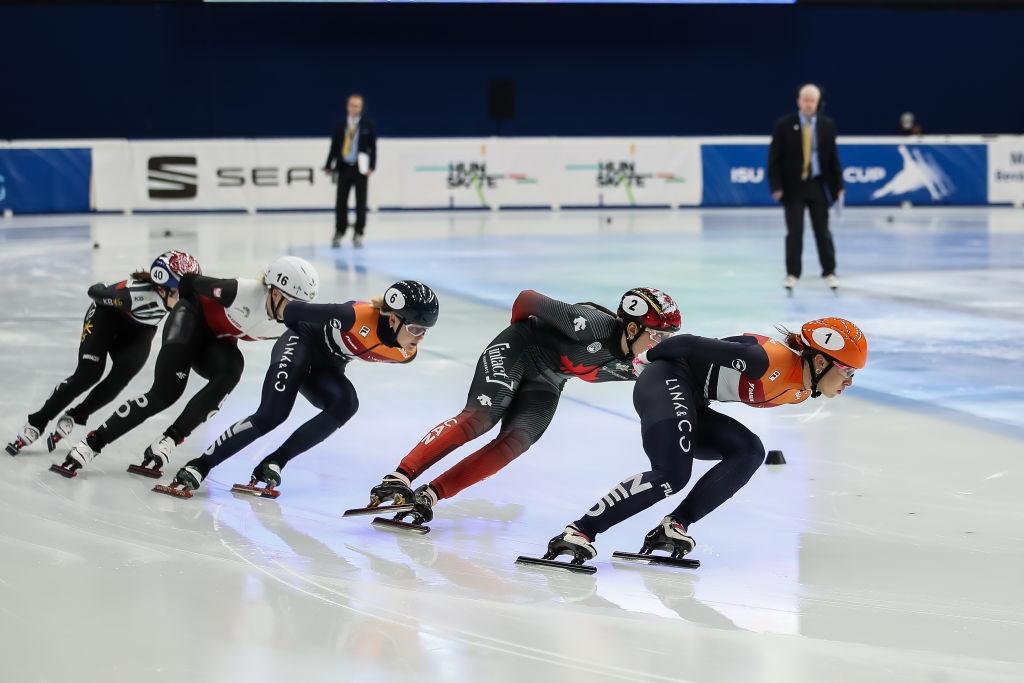 In an unpredictable sport like Short Track, Schulting looks the closest thing you’re likely to find to a safe bet for medals in Beijing. Cool-headed, physically dominant and tactically impeccable, she will head to the rink in her homeland brimming with confidence.

Behind Schulting comes a classy cast of characters who can push her all the way. Olympic 500m Champion Arianna Fontana (ITA) tops the World Cup standings in that distance and has been extremely consistent, picking up medals at all three World Cups so far this season.

Republic of Korea’s Lee Yubin narrowly leads the 1500m standings from Schulting, skating with power and poise, while Lee’s teammate and three-time World Champion Choi Min Jeong (KOR) has had a relatively quiet season by her standards, but is still making podiums.

📸 Short Track World Cup #3 has finished ✅,, so it's time to take a closer look at some of the best pictures from Debrecen 🇭🇺👀

Canadian duo Kim Boutin and Courtney Lee Sarault are also looking sharp. The USA’s Kristen Santos, meanwhile, has been the only skater to vanquish Schulting in a pure battle of speed this term – beating her in the 1000m in Nagoya, Japan. Making a habit of that is harder than doing it once, however.

The Men’s competition is far more wide-open, with a variety of participants making it into A finals and on to podiums. 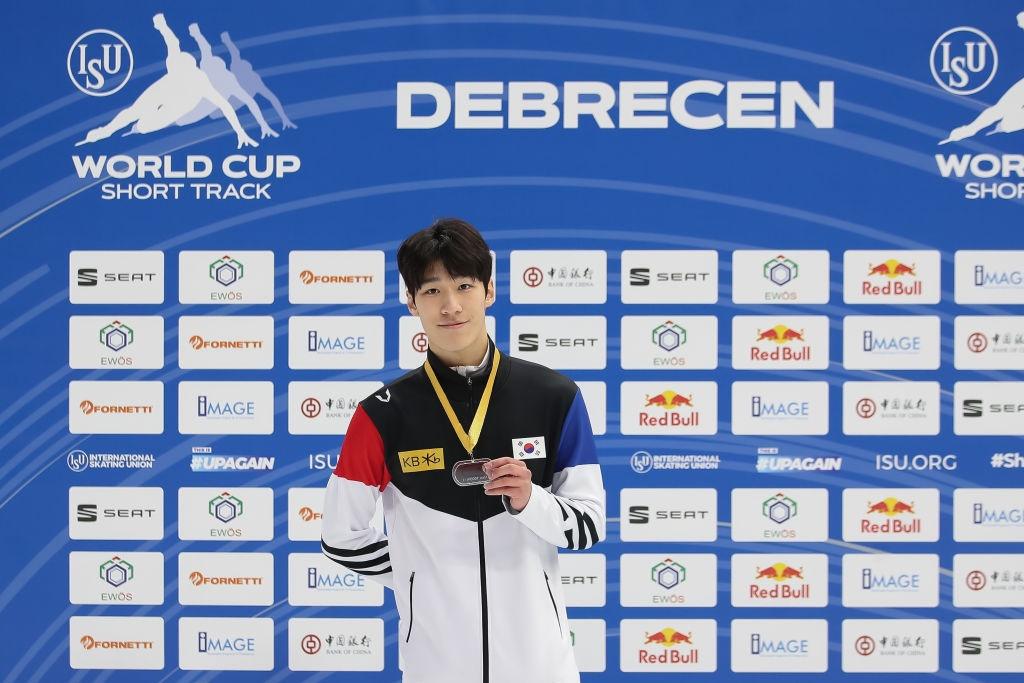 Hwang, the 2019 World Champion in 500m, has perhaps been the most consistent, and looks a likely contender in every 500m and 1000m he enters, but he is so competitive he is prone to errors.

Ren illustrated his muscular, aggressive racing style in Debrecen with a fine victory in the 1500m, and looks like he is peaking as his home Games approach.

Shaolin Sandor meanwhile has had a patchy start to the season but showed his class in races such as the 500m in Debrecen, where he took gold on home ice. His brother, the World Champion Shaoang Liu (HUN), has had less luck but the pair remain a huge dual threat.

Canada’s Dion is perhaps the discovery of the season. He was on few radars as a potential Olympic star before the campaign began in Beijing last month, and admits he has surprised himself. But the sharp, precise racer is making A finals and podiums with a real consistency and seems full of confidence.

Behind these four, the likes of Itzhak de Laat (NED), Park Jang Hyuk (KOR) and Semen Elistratov (RUS) have all had their moments. But there is ample opportunity for other contenders to make late charges, too. 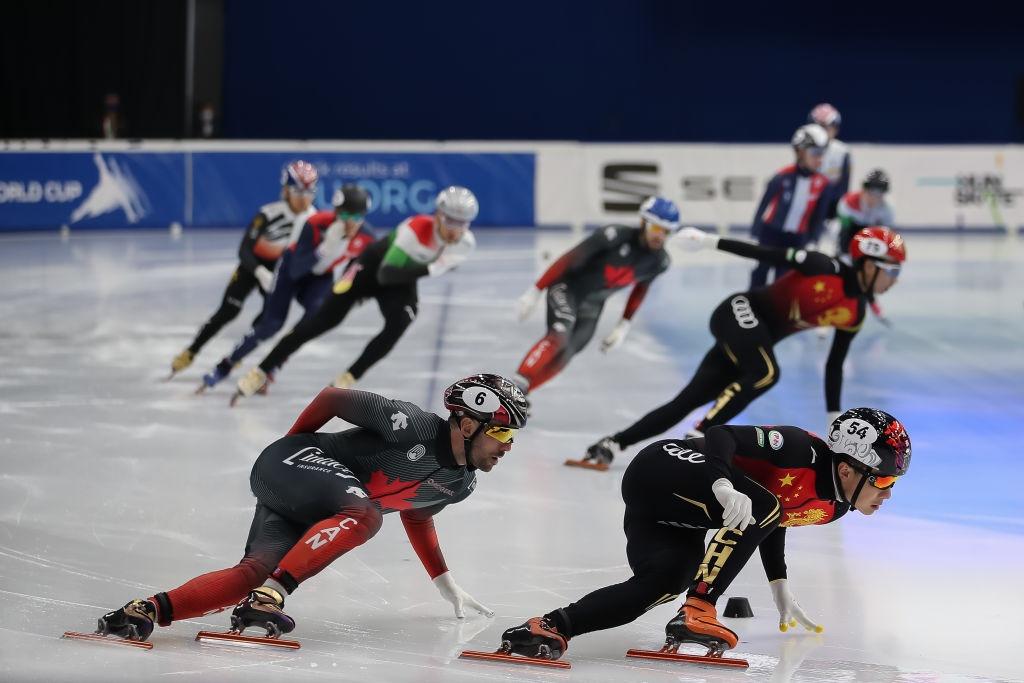 Dordrecht will also feature a fierce battle for the Relay spots, with countries seeking top-eight point finishes to make it to Beijing in the Men’s 5000m, Women’s 3000m and Mixed 2000m categories.

France’s Men, the French and Japanese Women’s teams, and the Hungarian and Belgian Mixed teams are all currently placed outside the top eights and will be desperate to put in good performances to book their tickets.

Tune in to the SkatingISU YouTube Channel to stay up to date with every twist and turn. If the live stream is not available in your country, take a look at the Where to Watch to find out how you can enjoy this weekend’s action.

Hwang (KOR) and Dion (CAN) shine in Debrecen

Happy Birthday to Liu (HUN) as he takes gold in Debrecen