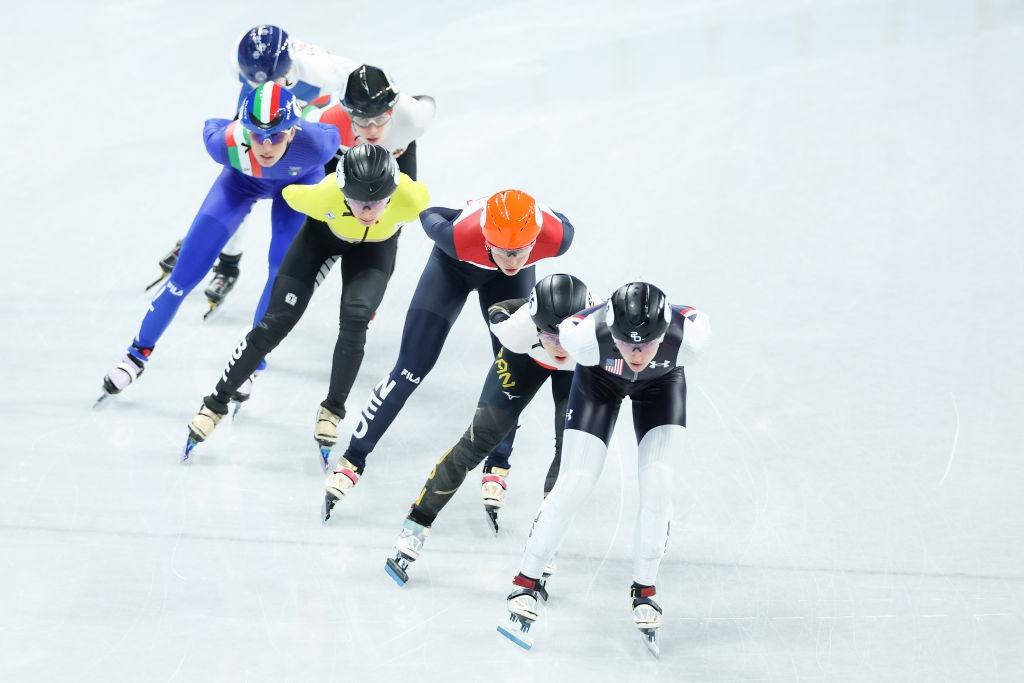 The ISU Junior Skater Scholarship Program supports talented young Skaters in education and training, and several top Short Trackers have been among the beneficiaries.

Hungary’s Petra Jászapáti was awarded a scholarship in 2016. “It is a good idea for young Skaters, because it helps you out with motivation,” she said. “The ISU sees potential in those athletes who get the scholarships, so it helps them to keep doing what they are doing.” The program also assists Skaters with funding for kit and training camps. It has certainly worked out well for Jászapáti, who has gone from strength to strength since she started training with the senior Hungary set up in 2014. 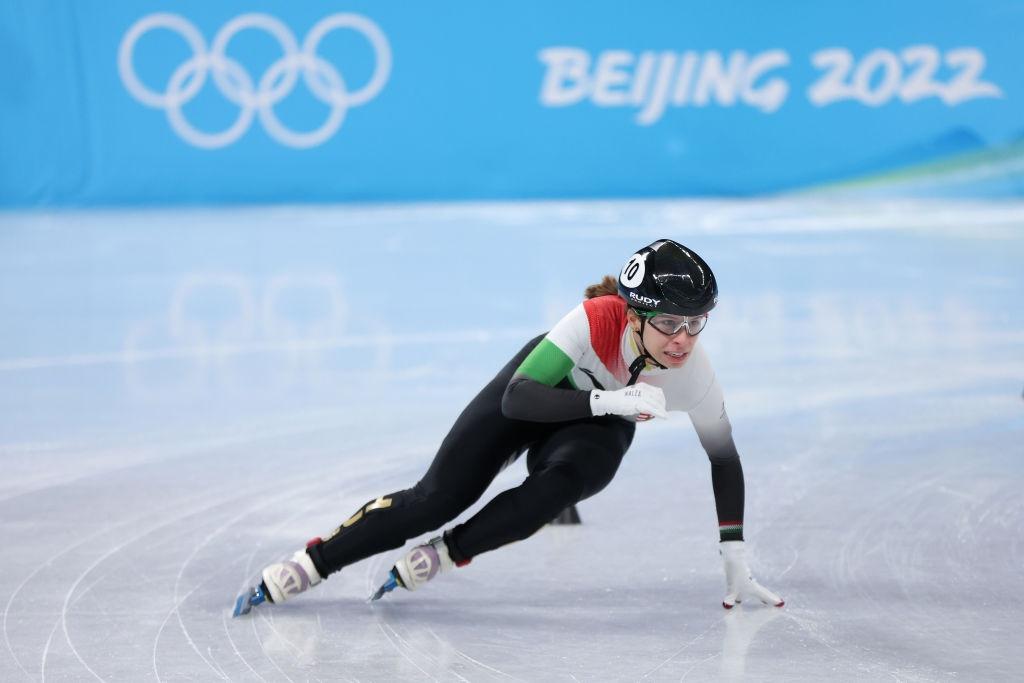 Jászapáti has competed at the last two Olympic Winter Games. In Beijing 2022, she was part of the Hungary team who won bronze in the Mixed Relay event.

Balancing the ice with textbooks has worked out well for Jászapáti. “I’ve kept studying the whole time I’ve been skating,” she said. “I like balancing being a Skater and studying, it gives me the opportunity to explore both fields.”

“I am at University studying German, and I hope that by the time I finish, I can become a translator. I wasn’t able to go to University this spring semester because of the Olympics, but I will be a better student this year! I haven’t got too long left to do. This year I will finish the rest of my lesson, then do my dissertation and final exams. It gives me a peace of mind that I will have something once I finish my skating career, because skating isn’t forever. A degree will be next, and I’ll be able to get jobs.”

Jászapáti was delighted with her achievements in Beijing this year. “Winning an Olympic medal is something I will cherish forever, it is something to tell the grandchildren about at dinner,” she said. “When I close my eyes I can still remember what it is like being on the Olympic podium.”

Hanne Desmet of Belgium has also benefitted from the ISU Junior Skater Scholarship from 2016. “I was awarded it in my last year as a Junior and it was really helpful for me,” she said. “The Belgian Federation was supporting the Men’s team at that point, but because of the ISU scholarship, I could go and train with the boys, it gave me some budget and it was really nice.” 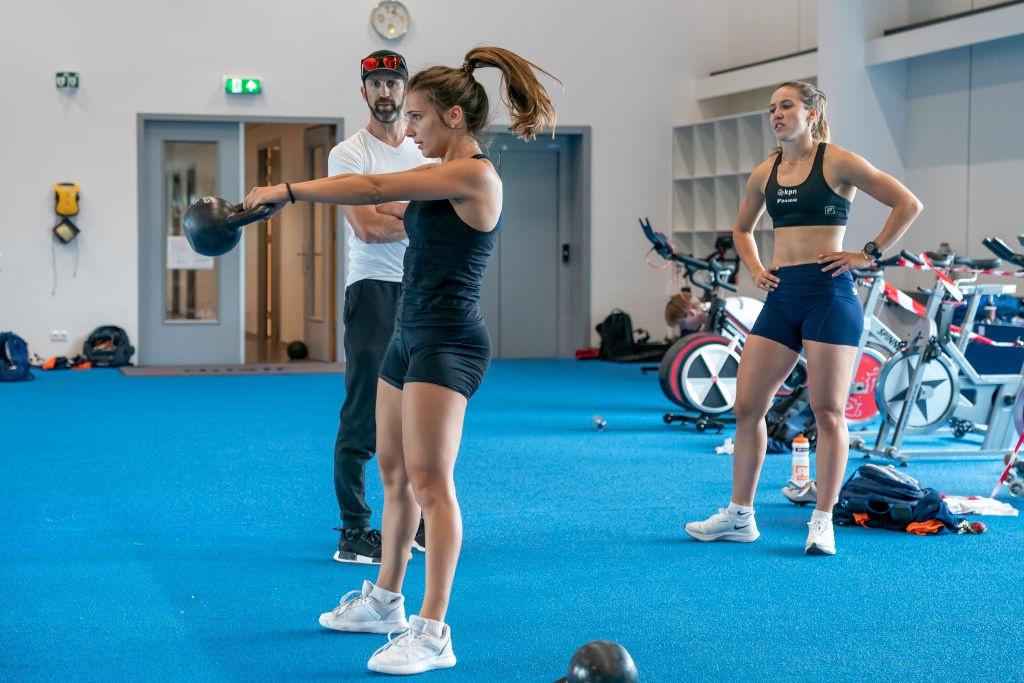 “I think it’s important to young Skaters to have something like that, because it is difficult to go from the simple level of being talented. Your country might be quite small and they aren’t going to support you unless you are really good. This gives you a help up to that level, and that is awesome. It helped me train internationally, and not a lot of people have the money to just pay for that themselves. At 17 I was taking the sport seriously and it helped me move up from being a Junior.”

As with Jászapáti, the support certainly paid off. Desmet won bronze in the 1000m at the Beijing 2022 Olympic Winter Games, behind the powerhouse pairing of Suzanne Schulting (NED) and Choi Minjeong (KOR).

Desmet is studying Business Engineering alongside her skating career. “I got my Bachelor’s degree a few years ago and now I am doing my Master’s,” she said. “It involves economics, physics, chemistry. It can lead to a job in Finance or Management. I will do a few credits every year, but for now I am concentrating on skating, and hopefully getting right to the top of the sport.” 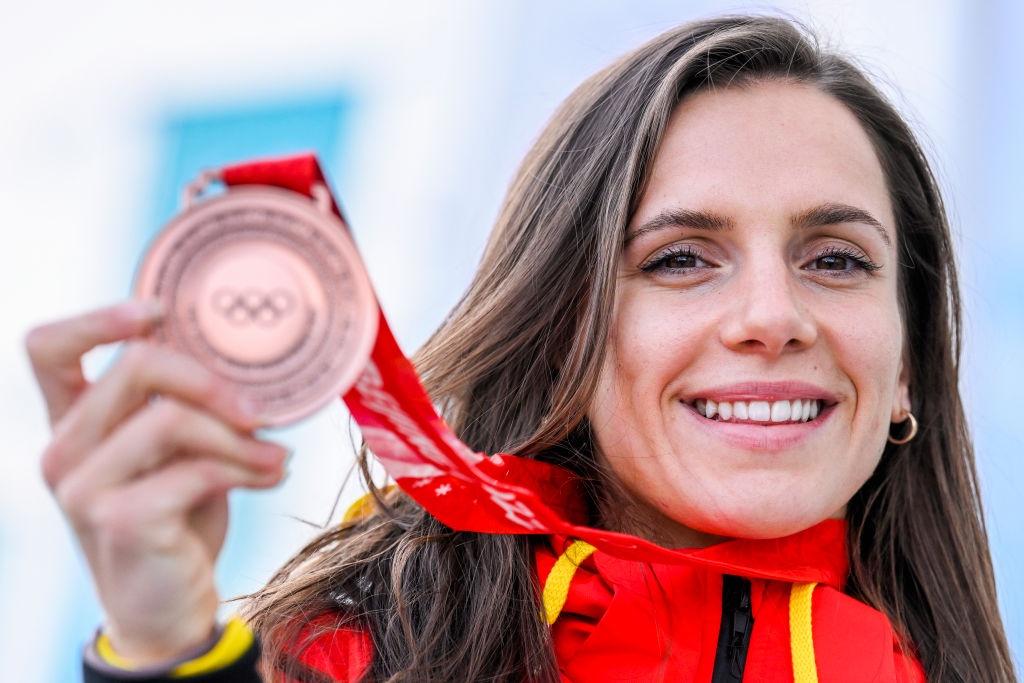 Hanne Desmet (BEL) poses with her bronze medal on the last day of the Beijing 2022 Winter Olympics in Beijing, China. @Getty Images

A number of other Skaters having achieved great competition levels over the years have benefitted from the ISU Junior Skater Scholarship Program, including World Champion and Olympic gold medallist Shaoang Liu of Hungary, Michaela Sejpalová-Hruzová of the Czech Republic, Quentin Fercoq of France, Furkan Akar of Turkey and Zhang Chutong of China.