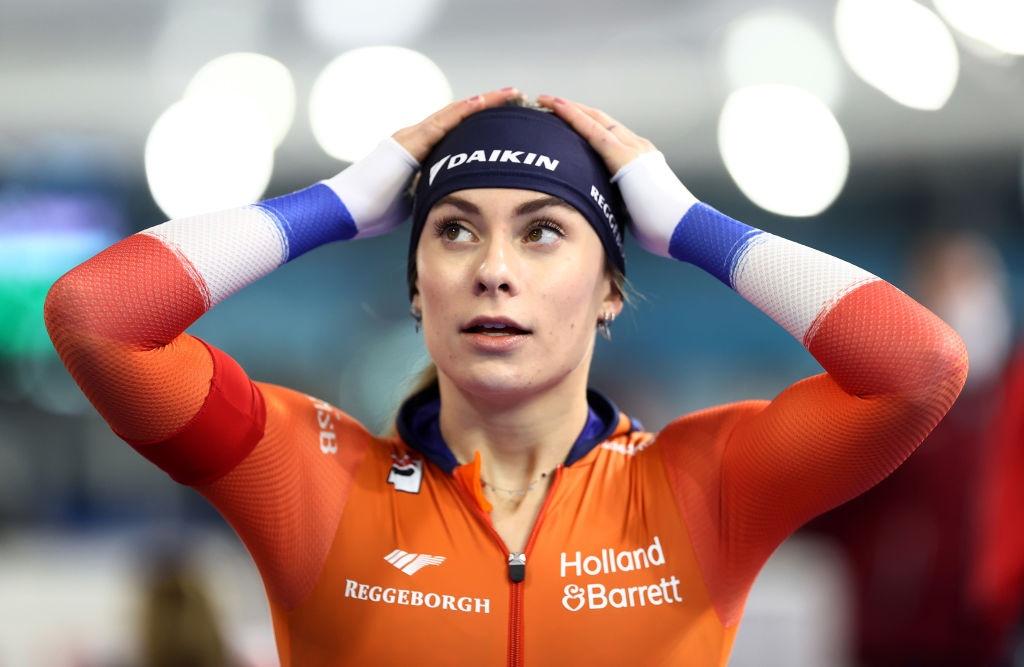 Femke Kok (NED) and Antoinette de Jong (NED) won their first European titles in Heerenveen on Saturday. Kok took gold ahead of Angelina Golikova (RUS) and Daria Kachanova (RUS), who were relieved to skate at all after being quarantined this week due to positive Covid-19 tests in the Russian squad. De Jong concluded Saturday’s action with gold in the 1500m.

Kok skated in the sixth of ten 500m pairings, before the fast Russians and Polish favorite Andzelika Wójcik took to the ice. The 21-year-old finished in 37.32 seconds, only 0.02 slower than the time she set to qualify for the Olympics Games at the Dutch trials last week.

In the following pair, World Champion Golikova came up 0.11 short, and in the final pairing Kachanova and Wójcik finished third and fourth in 37.58 and 37.69.

For Kok, the European gold was her career-first international title in the senior ranks.

“I’m very happy,” she said. “Of course I already had a Dutch title in the senior ranks, but a European title is even more beautiful.”

Kok won the race after skipping the Team Sprint event on Friday due to a strained muscle.

“Yesterday, it was too big a risk to start, but today it felt good. I got scared when I had a false start, because that’s extra impact, but luckily enough I did not feel anything during the race.”

Golikova and Kachanova came up short of the gold, but celebrated their medals emotionally.

“We had five days or maybe more without any ice,” Golikova said. “I really didn’t know what I would get today. I just kept all my power, my mental strength, and I thought: it doesn't matter what I’ll get today. The important thing was to be strong inside myself.” 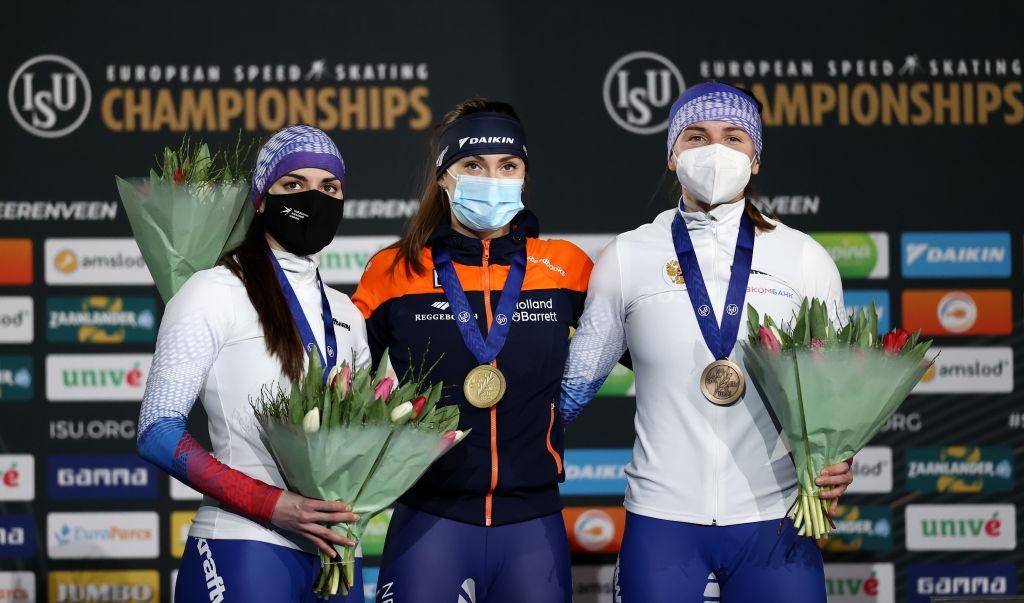 Kachanova said: “It was a very emotional moment for me to get the medal after quarantine. I thought that I lost a bit of feel for the ice, but in the training I realized that I could still fight for a good result.”

Competing with the best

Kok was happy to see Golikova and Kachanova back on the ice having been quarantined.

“It was great that they could skate today. I always want to compete with the best and they are super good. It would have been a pity if they would not have been able to skate today.”

At the Olympic Games, Kok also hopes to compete with the best, but Erin Jackson (USA), who leads this season’s 500m World Cup having won four races, failed to qualify after coming third in the US trials

“I really feel sorry for her,” Kok said. “You would say that they just can’t leave her home. It’s such a shame. I want to race against the best and she just belongs up there.”

In a tight race De Jong took a small advantage in the opener and the first full lap, and she managed to hold on to her lead towards the finish line in one minute and 53.81 seconds. Wüst was 0.27 seconds slower. 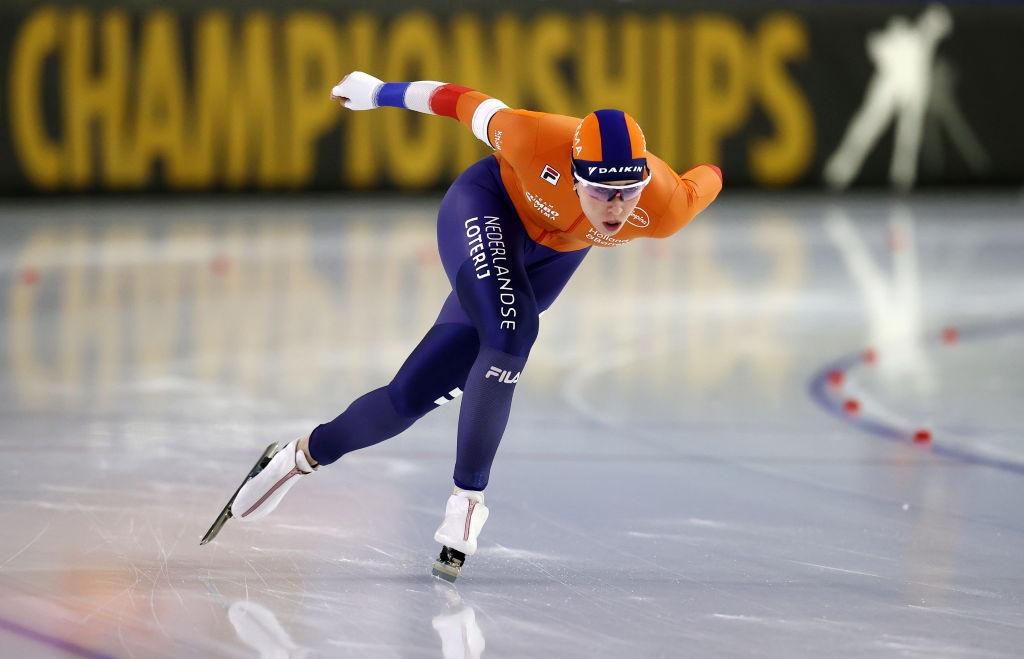 “This is a special title, because it’s the first,” De Jong said. “The race was far from easy, because yesterday’s 3000m (in which De Jong won silver) had cost a lot of energy, but I was able to bounce back well and I’m really content to skate under 1.54 in Thialf again.”

With Irene Schouten seeming to be unbeatable in the 3000m, De Jong admitted she has switched her focus.

“Two years ago I would not have imagined that this (the 1500m) would ever be my main distance. I always felt frustrated when I crossed the finish line, but now I’ve grown to love it. I think that the 1500m (more than the 3000m) is the distance in which it has to happen for me (in Beijing).”

Wüst gearing up for fifth Olympics

Wüst will again be one of De Jong’s main rivals in Beijing. She was relieved after having qualified for her fifth Olympic Games last week.

“It was not good enough, because I didn't win. There were some good parts in it and there was parts that could have been better. I take all the good parts, building it to the Olympics: then it has to be a perfect race.”

She surprised herself with a different approach to the race than she had in the 3000m the day before, when she had a rocket start.

“This race the beginning was so slow,” she said. “It was the opposite of yesterday. I was tired from yesterday. All the Italian team are pretty tired from the training camp. But I'm quite happy to be on the podium. This gives me the energy to keep going into training camps.”

With Sunday’s Mass Start, Lollobrigida will skate one more race before going into a final training camp for the Beijing Olympic Games.