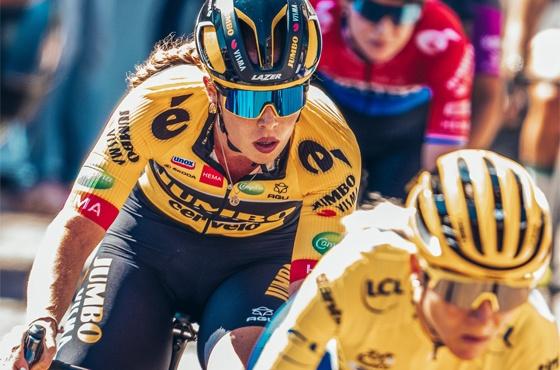 Speed Skating at top level is a balancing act in many ways. Relying on routine or trying something different is a dilemma once preparation for a new season gets underway. Switching from teams after for thirteen years, Jorrit Bergsma (NED) chose the latter. Antoinette de Jong (NED) did not change teams, but she had a change of routine too. 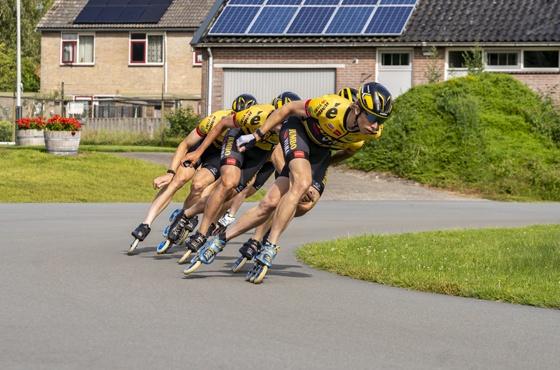 “It’s refreshing to do something completely different from what I was used to do over the past thirteen years,” says Bergsma. Having worked with coach Jillert Anema since the 2010-2011 season, the 36-year-old veteran switched to coach Jac Orie, after the Beijing 2022 Olympic Winter Games.

Bergsma’s summer routine changed in many respects: “I was used to do a lot of inline skating over the summer, which has become less. This year I’ve been cycling more and done more dryland exercises that I wasn’t used to do before.”

Both Jillert Anema and Jac Orie have coached Olympic champions, but their methods are completely different. Whereas Anema relies on experience and feel, Orie favors the scientific approach.

Bergsma: “I used to have certain routines and we used to do a lot by feel. Now we test a lot and we measure everything, like lactate tests. It’s different. What I’ve done over the past thirteen years has always worked for me, and now I’m curious to see how this new approach pans out.” 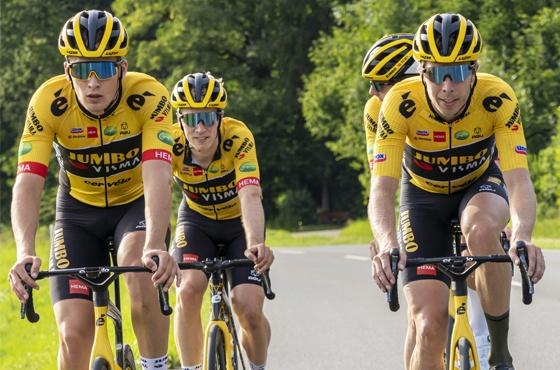 The change of scenes also meant a change of team-mates for Bergsma, who used to train a lot with marathon skaters previously. Skating on summer ice, Bergsma noticed the difference:

“Now I train with skaters who focus on long track only (instead of marathon skating). It’s different, more technical. It’s not that I’m adapting my own technique, but these are all very good skaters and that simply helps in training.”

Although he does not train with the marathon skaters anymore, Bergsma will compete in some marathon races during the winter in the Netherlands, as he has always done, but he focuses primarily on the 5000m and 10,000m in long track.

He says: “First I’ll have to qualify (for the World Cups at the Dutch trials in October), and the main goals will be the World Single Distance Championships in Heerenveen (NED) in March, and the national titles of course.” 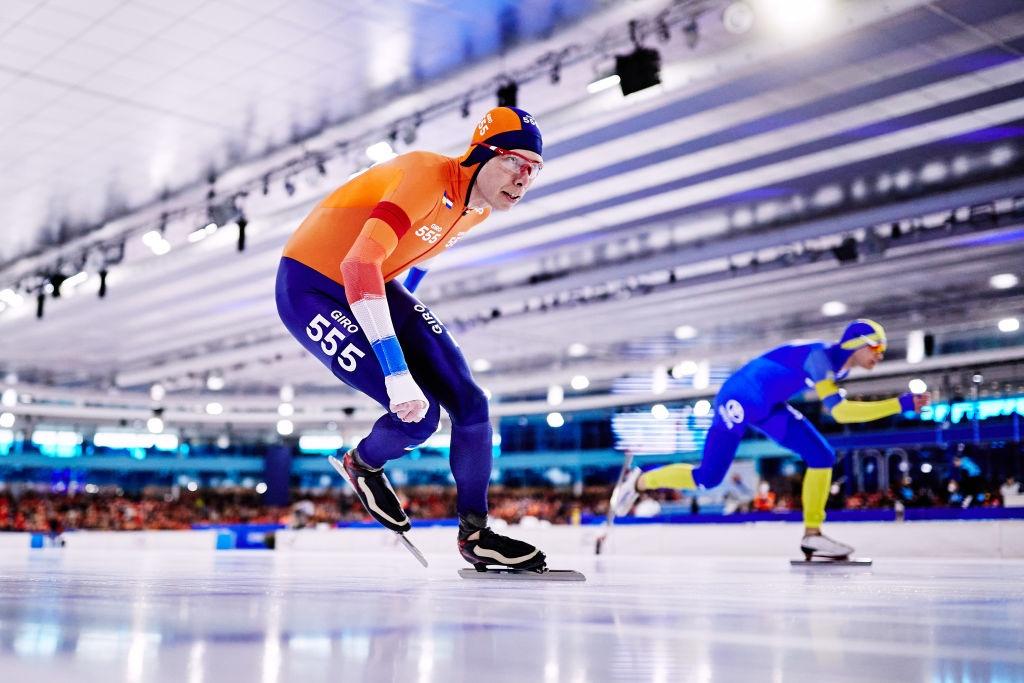 Bergsma is looking forward to getting back on the ice in Inzell (GER) in October. “In the past years I always sort of knew where I stood after summer training, now it’s all different, so it’s exciting to see how it will work out on the ice eventually.” 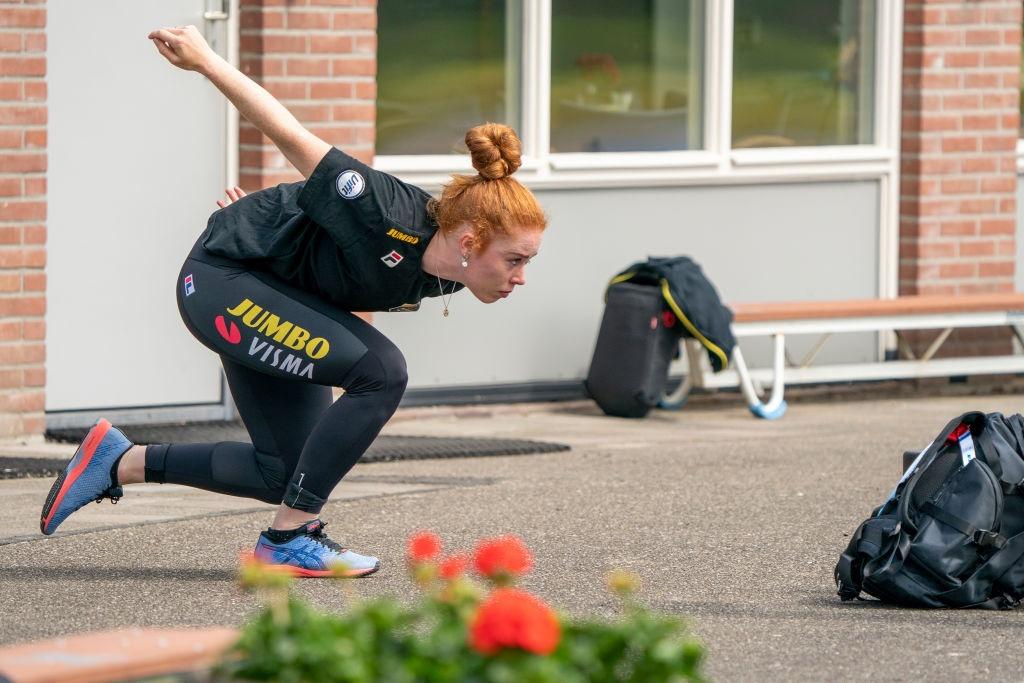 Antoinette de Jong (NED) is used to the testing and the cycling, having trained with Jac Orie for five years already.

The 27-year-old is enjoying a training camp in Cecina, riding the bike on the Italian roads like she has done so many times before. Yet, De Jong had some change of scenery over the summer too. Last May she got married to Coen Rijpma.

“We also bought my parental house and renovated it. This month we are actually going to live there,” she says. “Privately, I had a lot of changes, but in my training routine not so much.”

With cycling being a large part of De Jong’s summer work load, she enjoyed being together with her husband a lot. Rijpma used to be a professional cyclist himself.

“That’s one of the things I enjoy most in summer training,” De Jong says. “There’s quite some flexibility and it’s so much fun to go out cycling or riding the mountain bike together with Coen.”

In cycling De Jong also discovered a new challenge. “I always contemplated on whether I was going to do actual bike-racing instead of just training, but somehow it never happened. This year I finally rode two real competitive bike races and I enjoyed it big time.

“I had my first race at the Profronde van Zevenbergen (a professional criterium race in the Netherlands), and another one in Etten-Leur.

“Conditionally I felt that I could keep up well, but being in a breakaway I noticed that I’m not really experienced in the steering and the breaking yet. But I really liked it and it definitely motivates me to do new things. Next year I may ride some classics too.”

Heading into the new Speed Skating season, De Jong looks forward to getting back in the ice confidently.

“We measure so much and my test results have been better than ever. After five years in the same team, you can compare test results and you can see certain patterns. There’s still an upward trend, so that’s great to see.”

Next season she is again aiming at more than just one goal. “There’s always the question of focusing on the 1000m, 1500m and 3000m, or going all-round all the way,” she explains.

The World Single Distance Championships in hometown Heerenveen are De Jong’s big goal for the season. “I’ve been training mostly for the 1000m-3000m, but I’ll want to skate well in the all-round tournaments too. We’ve put in the work to maintain the endurance capacity too.”