The world of a top Short Track speed skater is one of seemingly endless travel – living out of suitcases and competing in numerous different countries every year.

So it was only natural that when 34-year-old French skater Thibaut Fauconnet realised over the summer of 2019 that he was ready to retire, spending time at home was one of the draws. 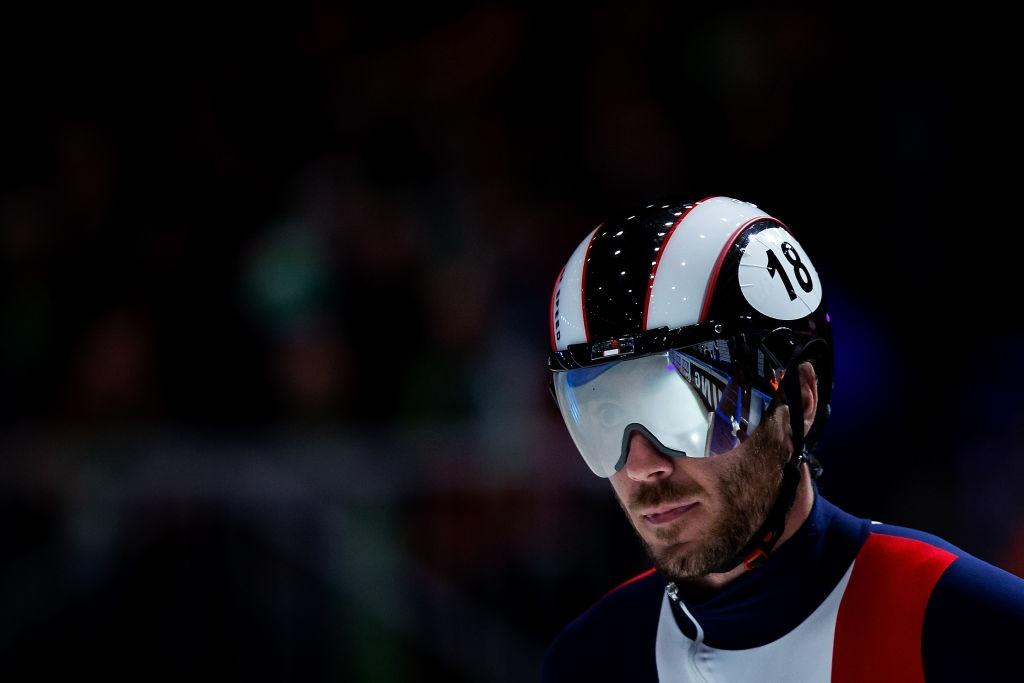 Yet, as the ISU World Cup Short Track Speed Skating season kicked off in Salt Lake City this weekend, Fauconnet could once again be found trackside, four days into his new role as assistant coach to the USA team.

Fauconnet describes his transition from full-time athlete to rookie coach as “crazy” and a bit of a rollercoaster.

“It was difficult,” he admits of his decision to retire after more than 20 years on the ice. “I didn’t know what to do. I trained all the summer until the middle of August and I enjoyed doing all the sports I did – everything except going on the ice to skate. Then the US called me.”

The three-time Olympian’s initial reaction to the call was to say no.

“I travelled every year all around the world, so I was thinking if I quit I’d stay home,” he explains.

But the USA team needed a new coach, and eventually Fauconnet was persuaded to make the move – along with his partner, French team member Tifany Huot Marchand, who will split her time between the USA and France.

The role with the United States is Fauconnet’s first foray into coaching senior athletes. He says he was convinced to give the job a go in an effort to give back to the sport he has spent so long practising, and to pass on what he has learned.

“If I go back home and don’t do anything, everything I know will be lost,” he says, adding: “I’m not sure I’m a good coach. But it’s a good thing to try something else.”

Fauconnet says a key lesson he learned during his time as an athlete was how to organise his life and occasionally take the focus away from life as an elite Short Track skater.

“You need to find your balance,” the Frenchman points out, noting that three days before the start of the PyeongChang 2018 Olympic Games he was ice-climbing in the mountains rather than spending all his time at the rink. That is a lesson he hopes to pass on to the athletes he is now coaching.

Fauconnet also admits that had the USA national training centre been located in, say, New York instead of Salt Lake City, his decision to take the job might have been different. To a lover of climbing, the mountains surrounding the Utah Olympic Oval were a key draw and he intends to spend as much time as he can exploring them.

There are, says Fauconnet, several similarities between France and the USA in terms of the team profile and the opportunity to grow.

“They’re in development. The US team is really young and the French team is young too,” he explains.

Both squads are in transition, with new coaching teams in place, but there is time to develop in the lead-up to the Beijing 2022 Olympic Games. For Fauconnet, though, the principle target remains not just a place on the podium in China but embracing what he sees as the joy of Short Track; the camaraderie and bond of the competitors.

“I don’t care about medals. When I won a medal I was happy for like 30 seconds,” he says. “The most I remember is the fun I had with my friends.”